The Muppet Christmas Carol: A Merry Marriage of Muppets and Dickens

Released in 1992, The Muppet Christmas Carol was the first Muppet film produced after Jim Henson’s death in 1990. His son Brian, along with his siblings, had taken over the company. Brian had previously worked on several of his father’s projects, including building the first penguin puppet for The Muppet Show, helping create the bicycle sequence in The Great Muppet Caper, and providing voices for the film Labyrinth (as Hoggle) and the TV series The Storyteller (as Dog).

Bill Haber, the Hensons’ agent, was the first to pitch the idea of creating a version of A Christmas Carol. While Brian—who was interested in continuing his father’s work, but wanted to avoid too much of a direct comparison—considered the idea, Haber took the initiative to sell the rights to ABC TV, who planned to make a television film. When longtime Muppet writer Jerry Juhl submitted his final script for approval, however, executives at Walt Disney Pictures opted to purchase it and make it into a feature film. 1876 edition of Christmas Stories, which included A Christmas Carol / THF624009

Charles Dickens’s novella A Christmas Carol, first published in 1844, was hugely popular during its time. The first edition, published on December 19th, sold out by Christmas Eve, and four more editions would follow by the end of the year. During his lifetime, Dickens would adapt the piece for public readings, which he himself would perform until his death in 1870. Stage productions would soon follow, and even today it is common to see A Christmas Carol on offer from theater companies during the holiday season. The earliest surviving screen adaptation is Scrooge, or Marley’s Ghost, from 1901. Between then and 1992, 14 other adaptations had hit the silver screen, and the plot of A Christmas Carol was familiar to many, even if they had not read the original story. 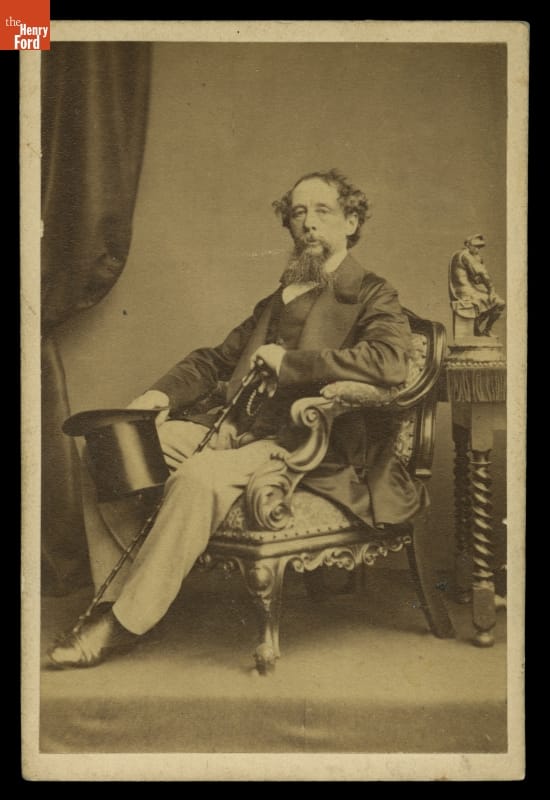 Originally aiming to make The Muppet Christmas Carol into a parody of the original story, in keeping with the irreverence for which the Muppets were famous, Henson and Juhl soon realized that no previous film adaptations had truly captured Dickens’s prose. Rethinking their approach, they decided to cast Gonzo in the role of Charles Dickens, and make him the omniscient storyteller—a device that not only allowed them to include dialogue that was 95% faithful to Dickens’s original work, but also mirrored the earlier public readings of the story. Rizzo the Rat joined in as Gonzo’s sidekick and a form of Greek chorus, interjecting often-humorous commentary throughout the film. 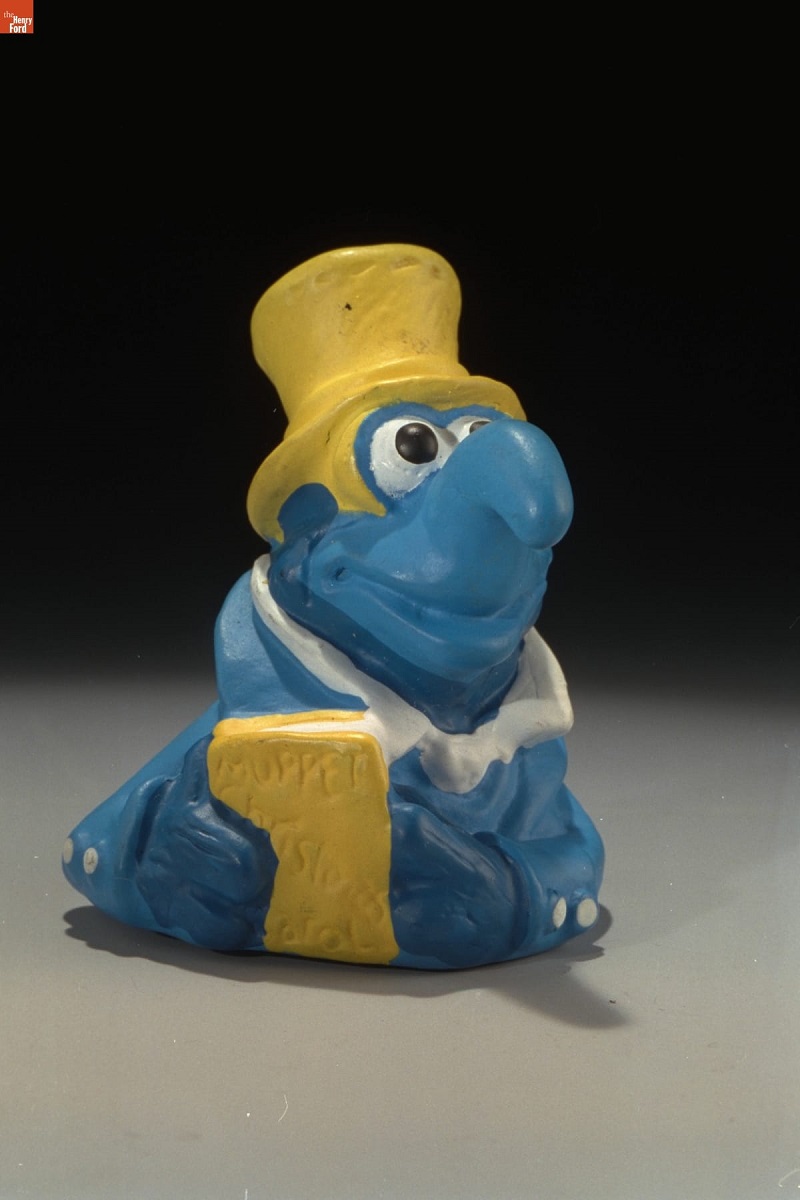 Having decided on this approach, it was time to “cast” the rest of the story’s characters. As Brian Henson explained in a 2015 interview, “Bob Cratchit was a natural role for Kermit. He was almost playing himself.” The role of Mrs. Cratchit went to Miss Piggy, Tiny Tim was assigned to Robin the Frog, Fozzie Bear became Fozziwig (previously known as Fezziwig in Dickens’s original), and Statler and Waldorf served as the ghosts of the Marley brothers (a notably drastic change from the original, where there is only one Marley ghost—yet a necessary one, as you can’t have Statler without Waldorf, or vice versa). Other Muppets filled out the rest of the supporting cast, and brand-new Muppets were created for the Ghosts of Christmas Past, Present, and Future, to detract less from the ghosts’ ominous nature. The one principal human actor in the production was Michael Caine, who played Ebenezer Scrooge. Upon accepting the role, Caine said, “I’m going to play this movie like I’m working with the Royal Shakespeare Company. I will never wink, I will never do anything Muppety. I am going to play Scrooge as if it is an utterly dramatic role and there are no puppets around me.” This choice continued the tradition of blending the world of the Muppets with the real world, seen in other Henson projects such as Labyrinth, Sesame Street, and Fraggle Rock, arguably adding to the “realness” and accessibility of the works and worlds Henson created.

Although it opened to mixed reviews, and achieved only modest box-office success, the film went on to become a beloved part of the Muppet filmography. For some, the appeal lies in its faithfulness to Dickens’s original story. Others appreciate the film’s songs, written by Paul Williams (who also wrote “The Rainbow Connection”). For many, though, the best way to sum it up is that the film is simply delightful, marrying the best of the Muppets with the traditions of Dickens. In doing so, The Muppet Christmas Carol serves an example of the power of imagination to transform the familiar into something totally new. 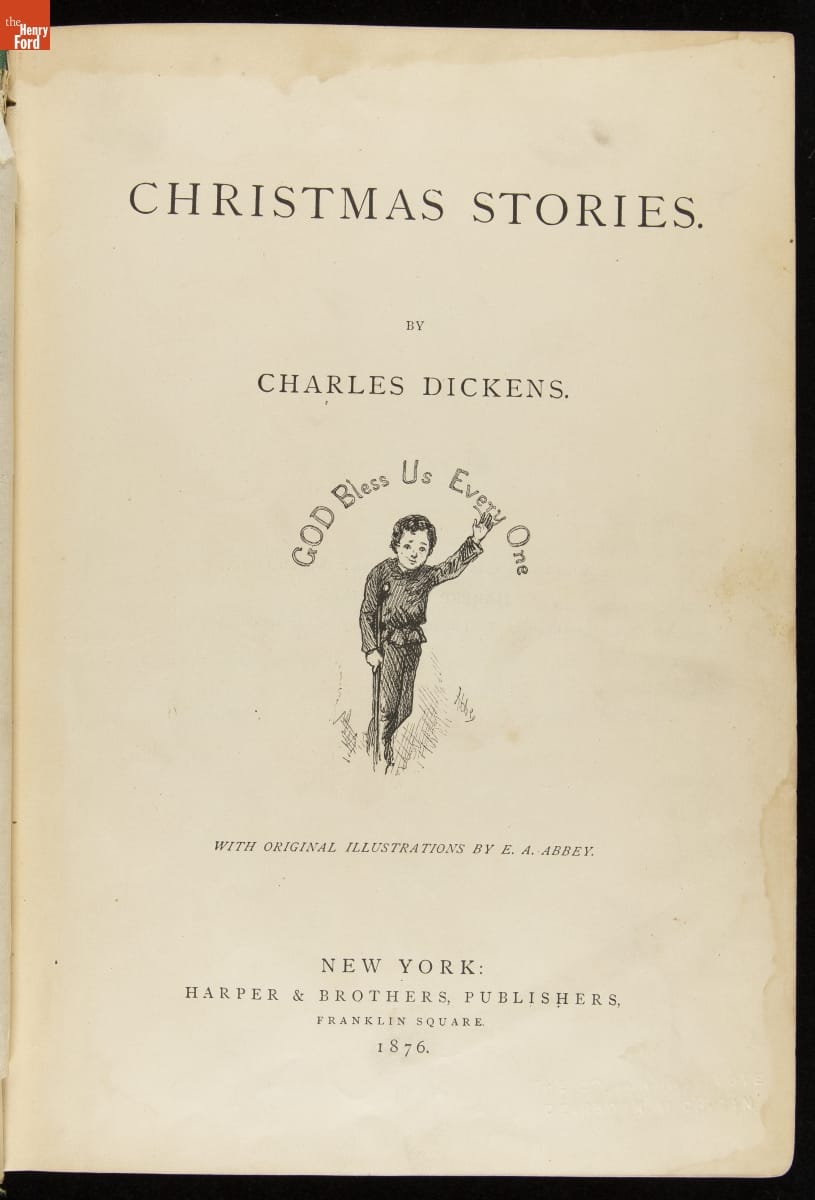 Tiny Tim’s famous final line in A Christmas Carol, "God bless us every one," featured on the title page of Christmas Stories, 1876 / THF624011

The unprecedented COVID-19 pandemic that started a year ago—and that we are still living through—is an extraordinarily significant moment in our history. It connects our nation’s past with its present and future—revealing who we were before, who we are today, and who we will become in the future.

As this pandemic began to unfold last year, museums quickly stepped forward to collect—or lay out plans to collect—evidence of it, in many different ways. The majority of these collecting initiatives were local and community-based. Curators at The Henry Ford also developed a plan describing our approach to collecting the COVID-19 pandemic. Like all our collecting plans, it reflects who we are and what we represent as an institution. This begins with our mission statement: The Henry Ford provides unique educational experiences based on authentic objects, stories, and lives from America’s traditions of ingenuity, resourcefulness, and innovation. Our purpose is to inspire people to learn from these traditions to help shape a better future.

Using the filter of the mission statement, The Henry Ford’s approach to collecting the COVID-19 pandemic includes 3D objects, photographs, and archival materials that reflect how we are being innovative, how we are being resourceful, and how entrepreneurs are using their ingenuity to both address people’s needs and remain sustainable. In keeping with the scope of our collections, items must also have national significance. Even if they are local or regional, they should align with broader patterns and national trends.

Currently, we are actively bringing items into the collection that we have saved in our basements over the past year (because of COVID-19 safety protocols), as well as collecting ongoing trends (like vaccine-related items). Here are just a few examples of our collecting to date. 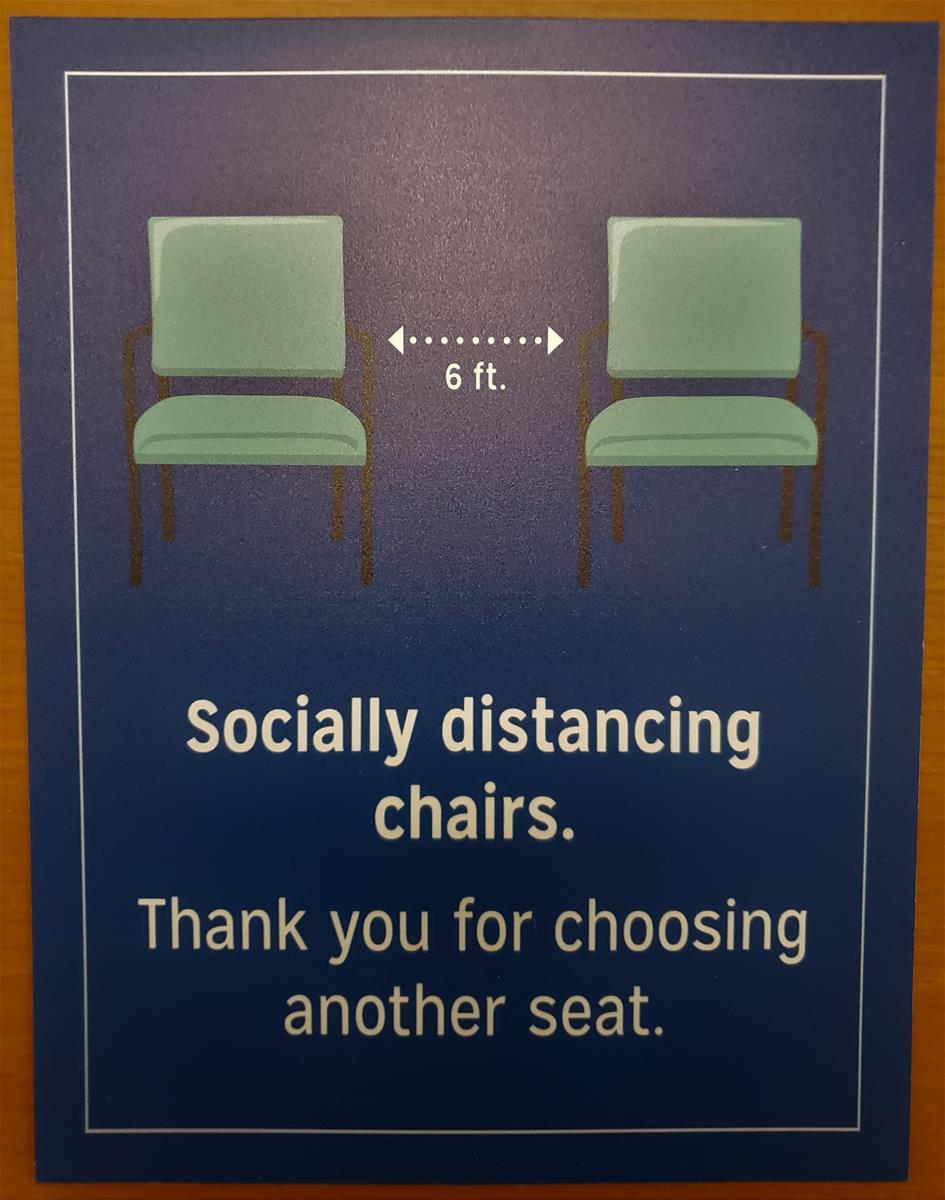 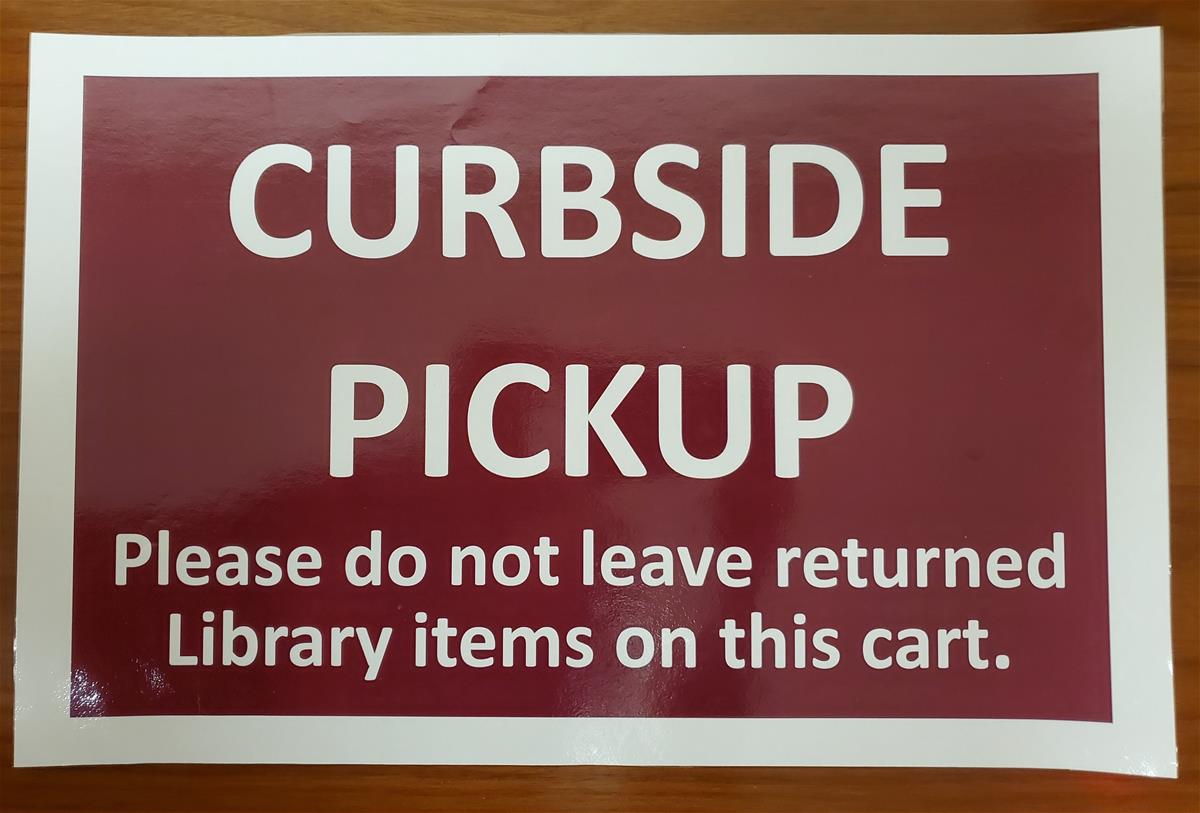 Many businesses and services adopted curbside pickup. This sign from the Northville [Michigan] District Library marked where patrons could pick up their online book requests without entering the building. (Future acquisition.) 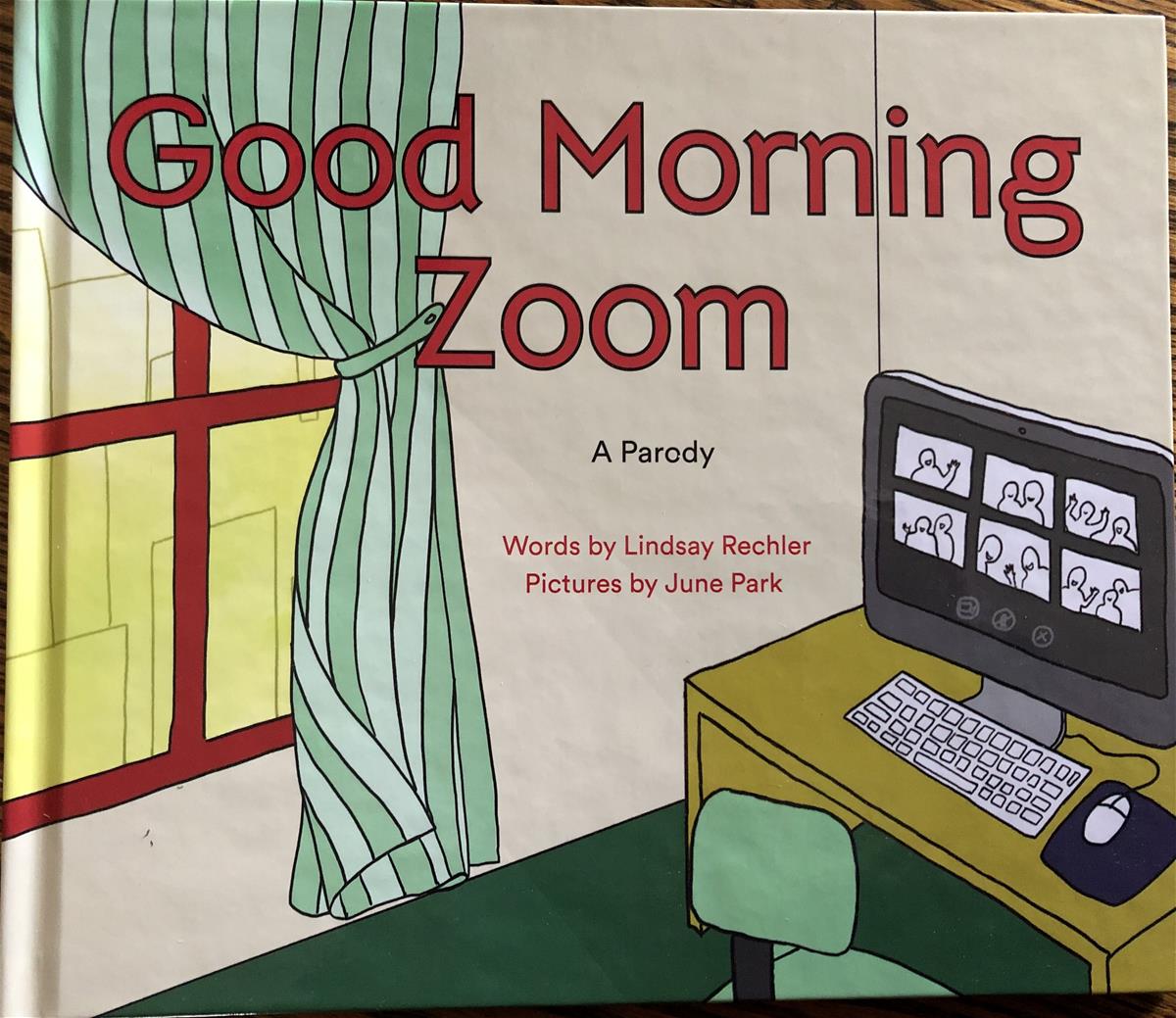 A parody of the classic Goodnight Moon, Good Morning Zoom was created to help kids make sense of the changes in their world brought on by the pandemic. (Future acquisition.) 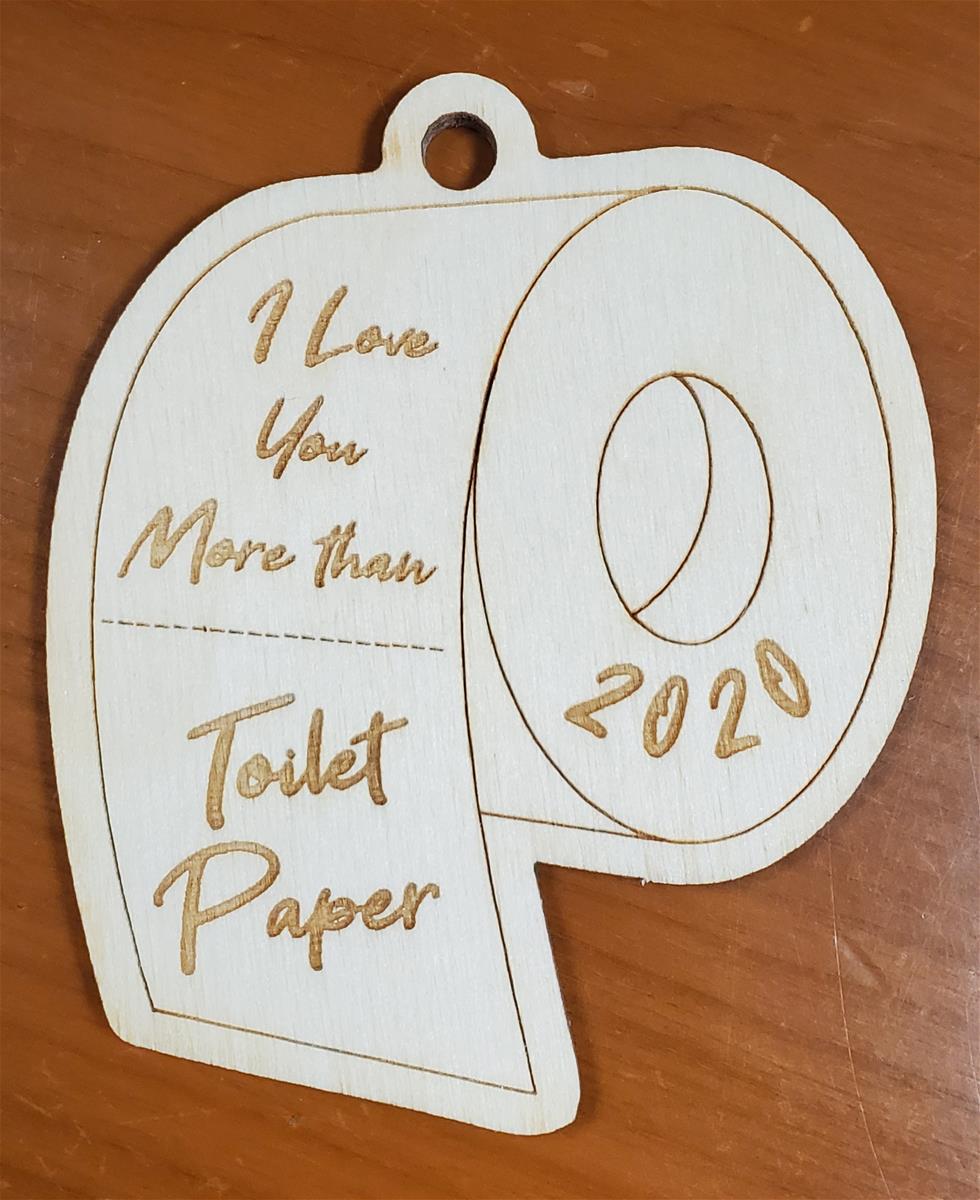 This wooden ornament references the shortage of toilet paper that occurred in the pandemic’s earliest days, making it a highly sought-after commodity. (Future acquisition.) 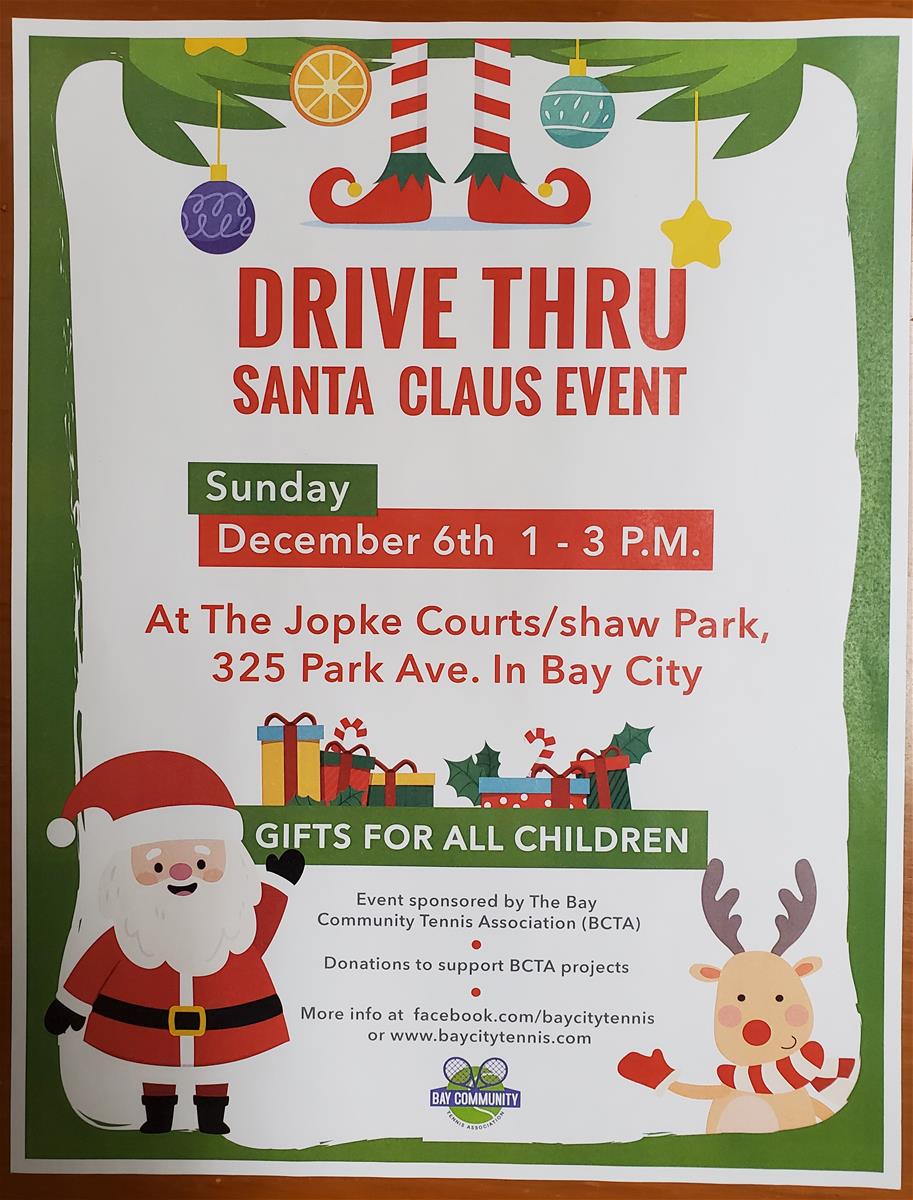 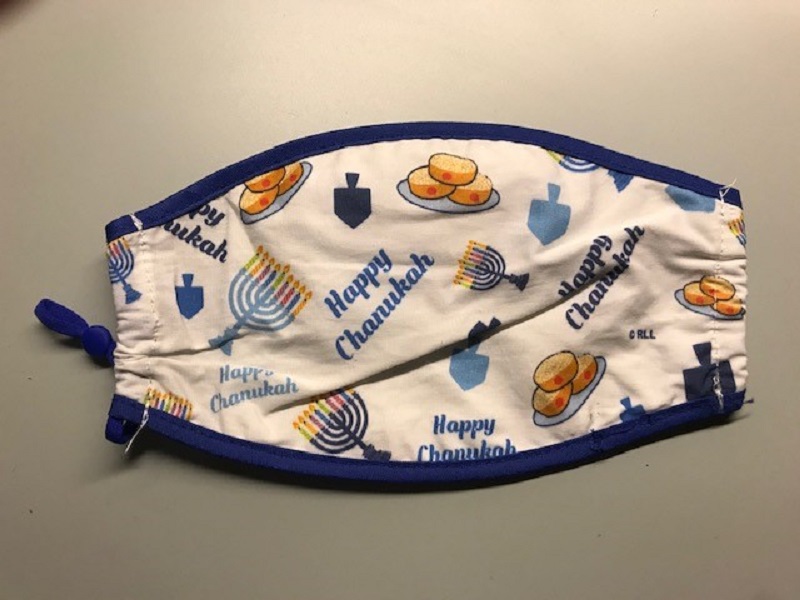 Throughout the pandemic, Dr. Anthony Fauci has been one of the most prominent medical voices updating the public on the fight against the virus. As early as April 2020—when the National Bobblehead Hall of Fame released this tribute—he was already viewed as a hero by many. (Future acquisition.) Ford and subsidiary Troy Design & Manufacturing Company (TDM) converted Ford Transit vans into mobile COVID-19 testing units. Starting in April 2020, they took tests to health care workers and first responders—people who didn’t have to time to travel to a lab. Each van could test up to 100 people a day, and results were returned within 24–36 hours. Within a few months, the mobile testing program was extended to nursing homes, substance abuse centers, and community shelters. (2020.124.1) 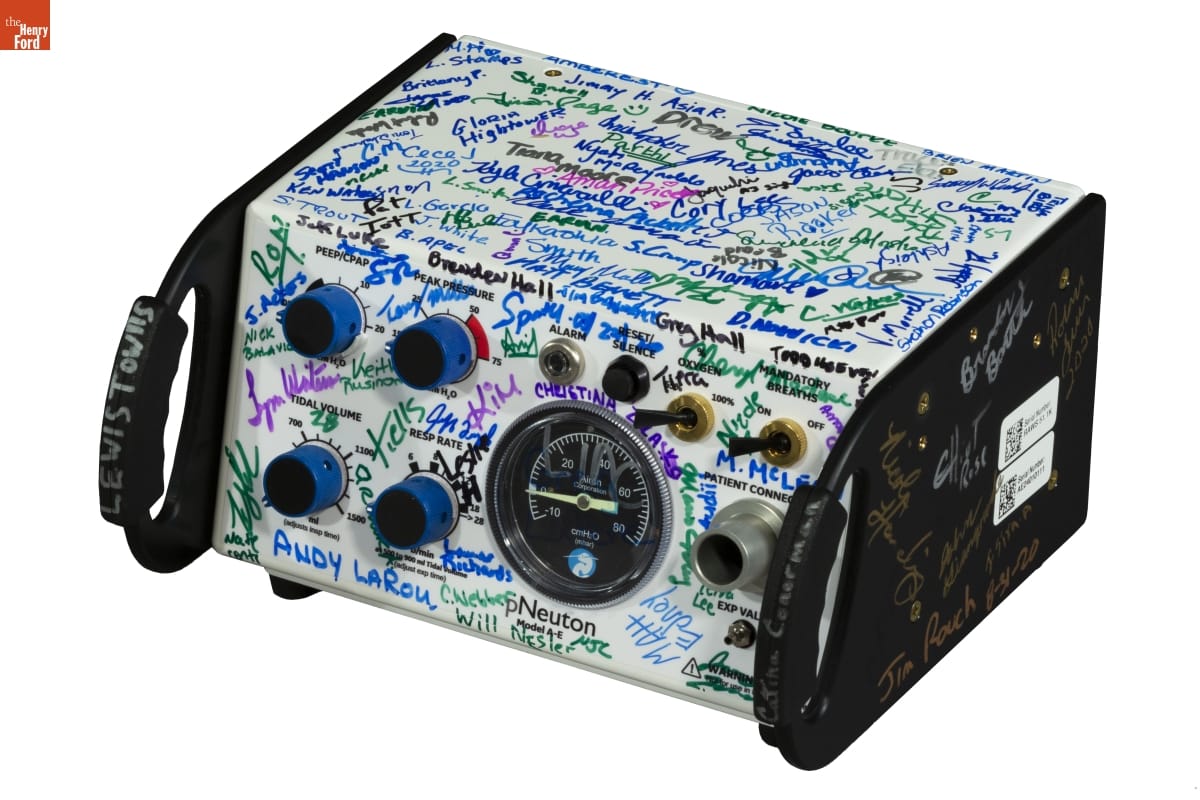 Early in the pandemic, hospitals depended on scarce ventilators to treat patients with the most serious infections. Ford Motor Company employees built more than 51,000 ventilators at the Rawsonville Components Plant between April and August 2020. This unit, the last one off the assembly line, was signed by some of the 1,100 people involved in the effort. / THF185919 Health worries added to security concerns at the inauguration of President Joe Biden and Vice President Kamala Harris on January 20, 2021. Ford produced 15,000 single-use face masks and donated them to ceremony attendees. Employees at Hatteras, Inc., who printed inauguration logos on the masks, worked around the clock to get them shipped to Washington and inspected by the Secret Service in time. (2021.19.6) 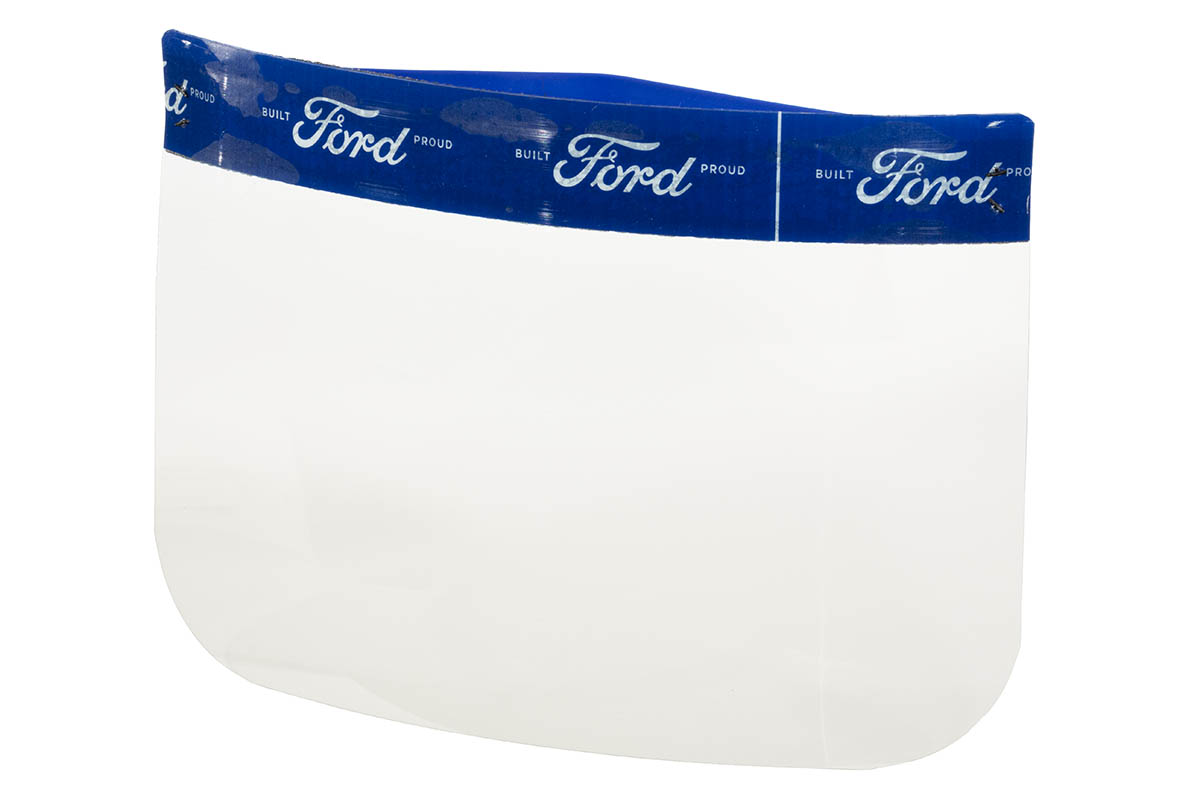 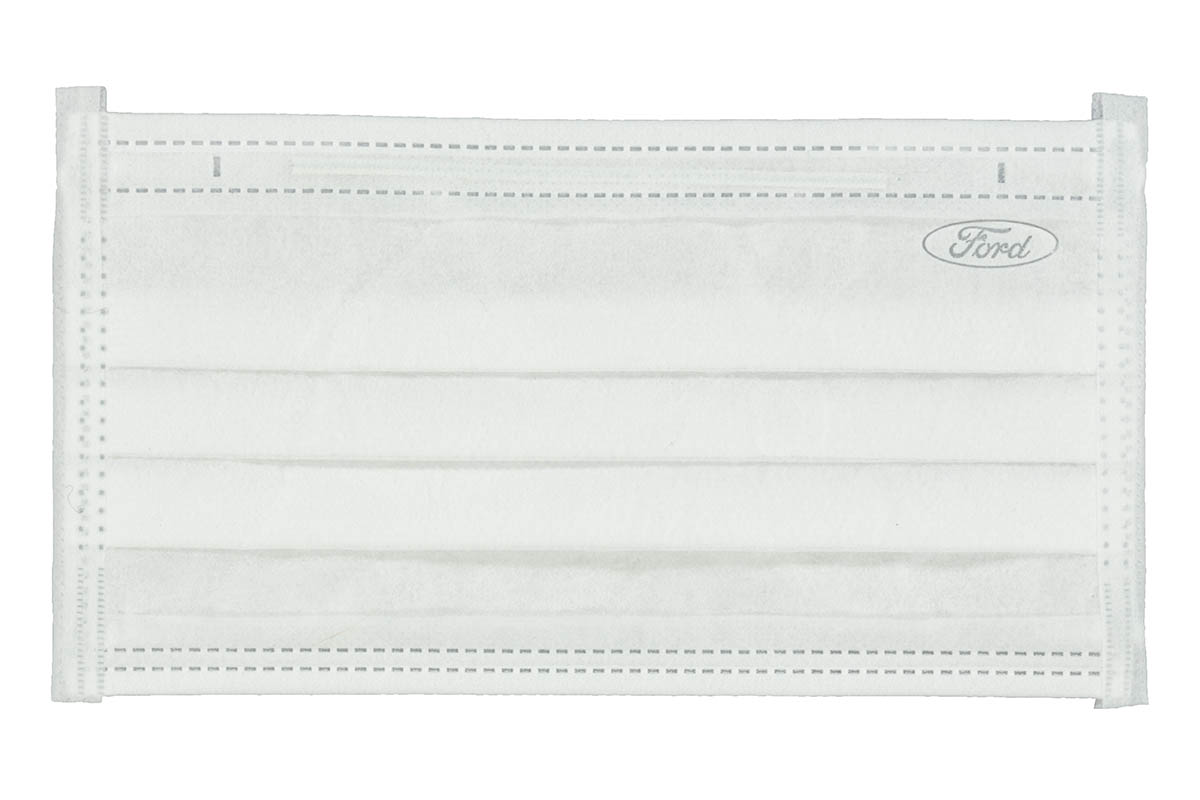 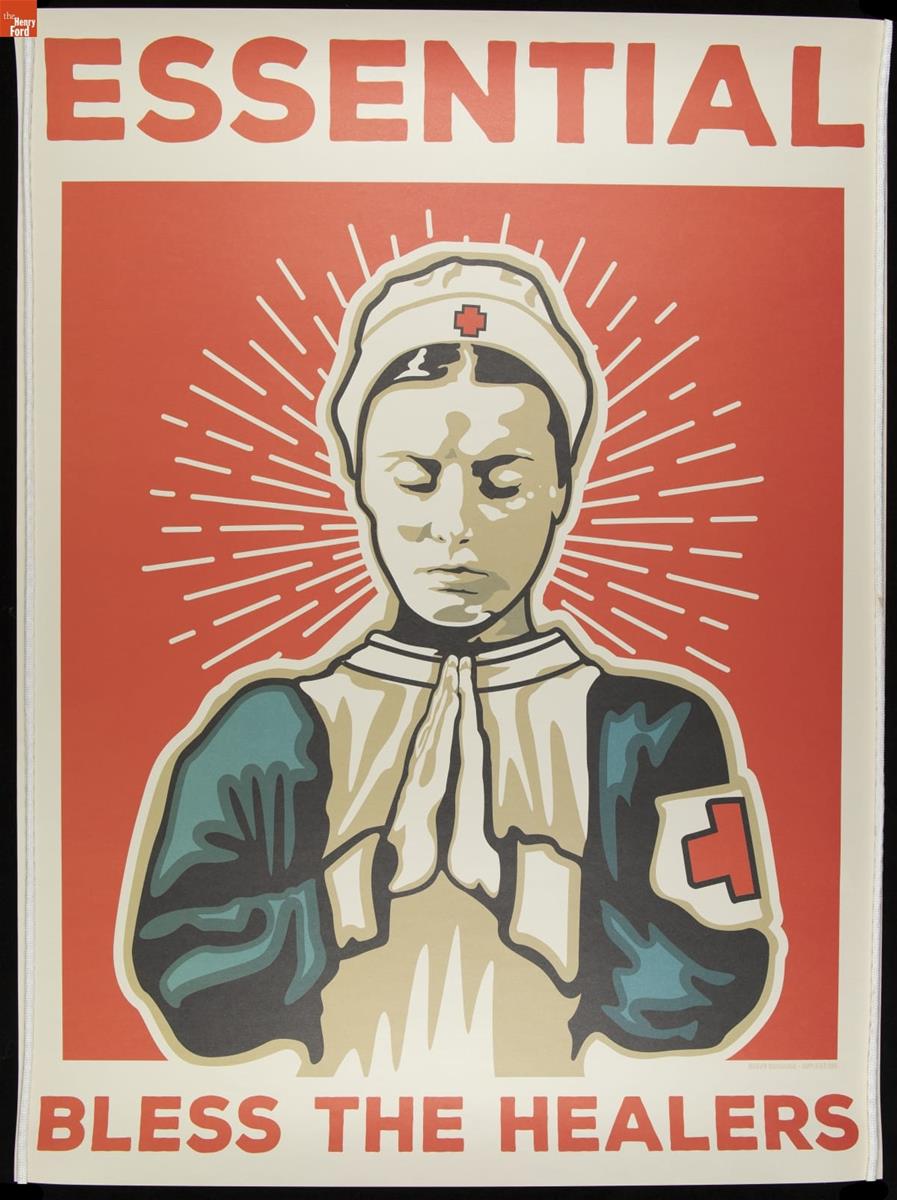 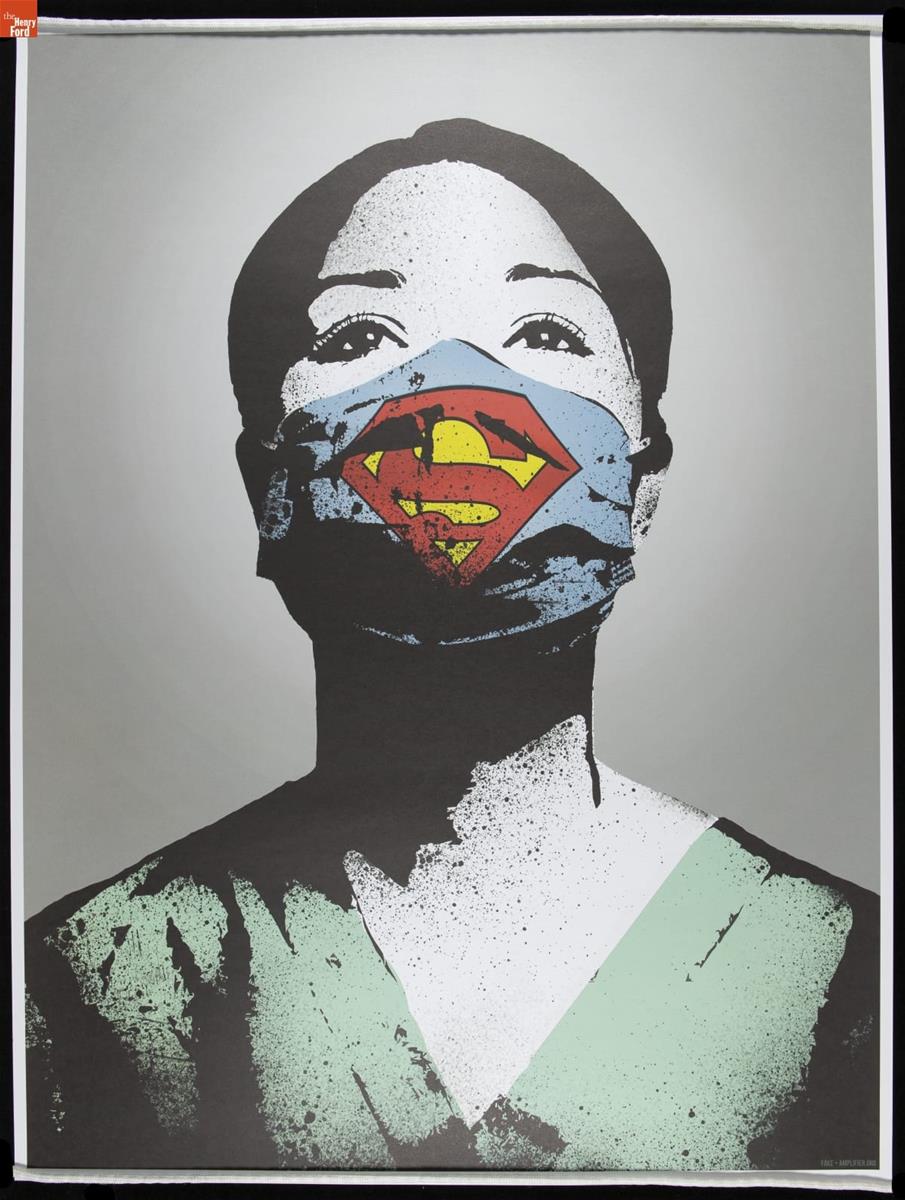 Produced through the Amplifier Foundation, these posters acknowledge the heroic efforts of healthcare workers, and offer encouragement in the midst of upheaval. / THF621827, THF621829, THF621843

We continue to work through additional donations offered to us by the public; for more information on how to contribute to this collection, visit The Henry Ford - COVID-19 Collections. You can also see more pandemic-related artifacts in our Digital Collections, and read additional stories related to the many impacts of the COVID-19 pandemic on our blog.