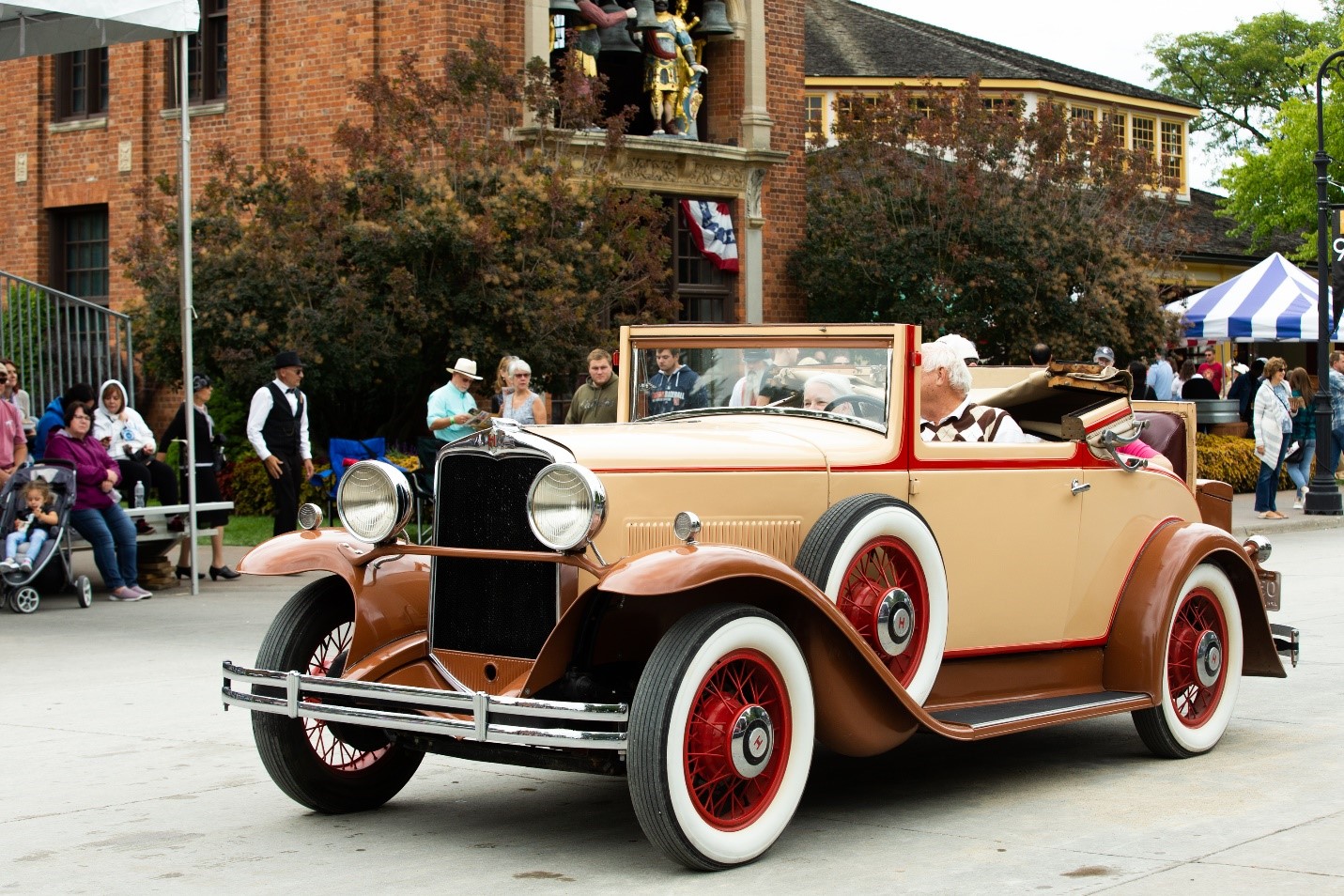 This 1930 Hupmobile Model S was one of nearly 800 vehicles that filled Greenfield Village for this year’s Old Car Festival.

Another summer car show season is in the books as we wrap up our 69th annual Old Car Festival in Greenfield Village. We enjoyed practically perfect weather, enthusiastic crowds, and a field of nearly 800 vintage automobiles, trucks, motorcycles, and bicycles. You couldn’t have asked for a better weekend – or a better way to spend it. 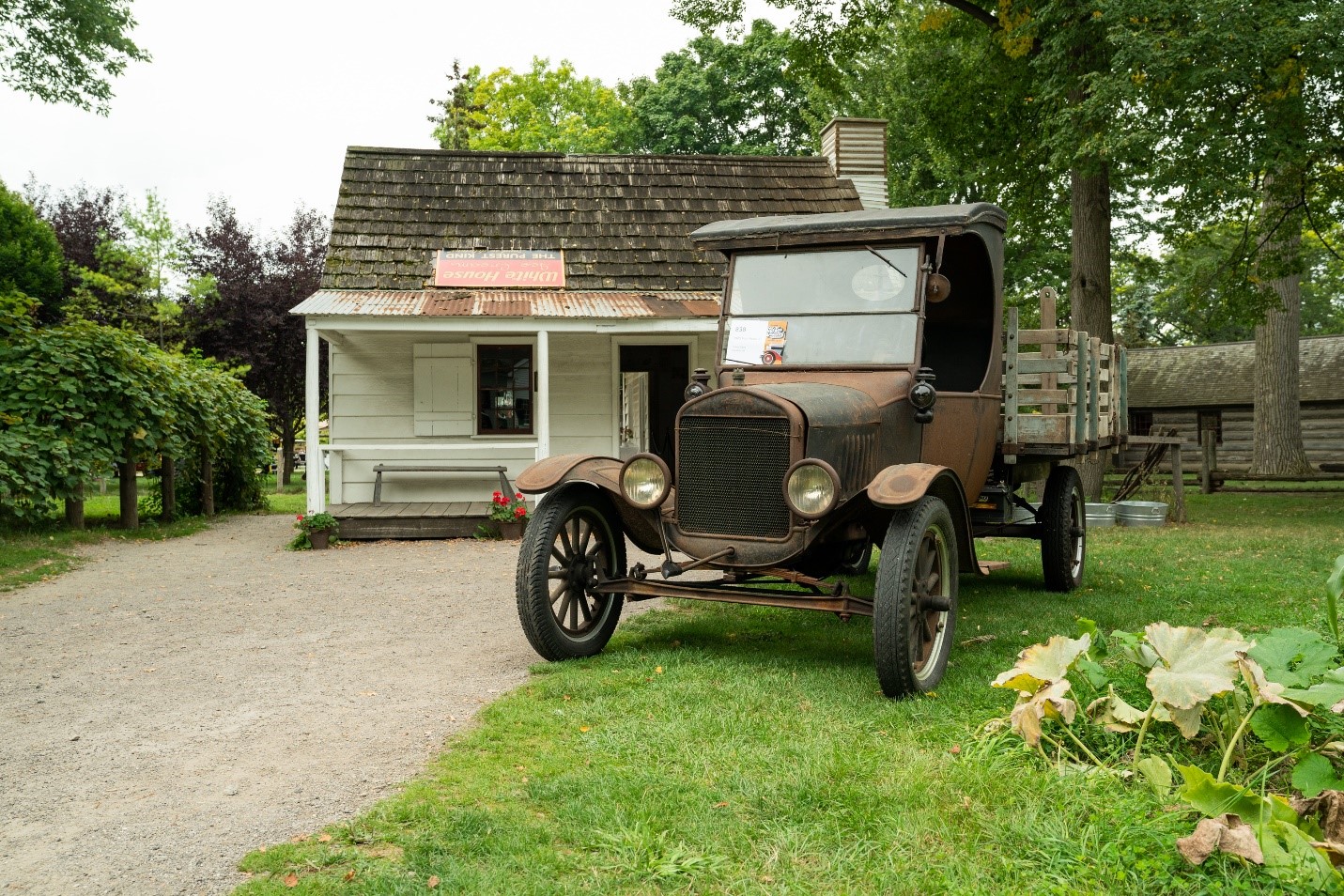 Our spotlight for 2019 shined on early sports cars, whether genuine performers like the Stutz Bearcat, or mere sporty-looking cars like Ford’s Model T Torpedo Runabout. We usually associate sports cars with postwar imported MGs or all-American Corvettes, but enthusiast motoring is an old idea. For as long as there have been cars, there have been builders and buyers dedicated to the simple idea that driving should be fun. 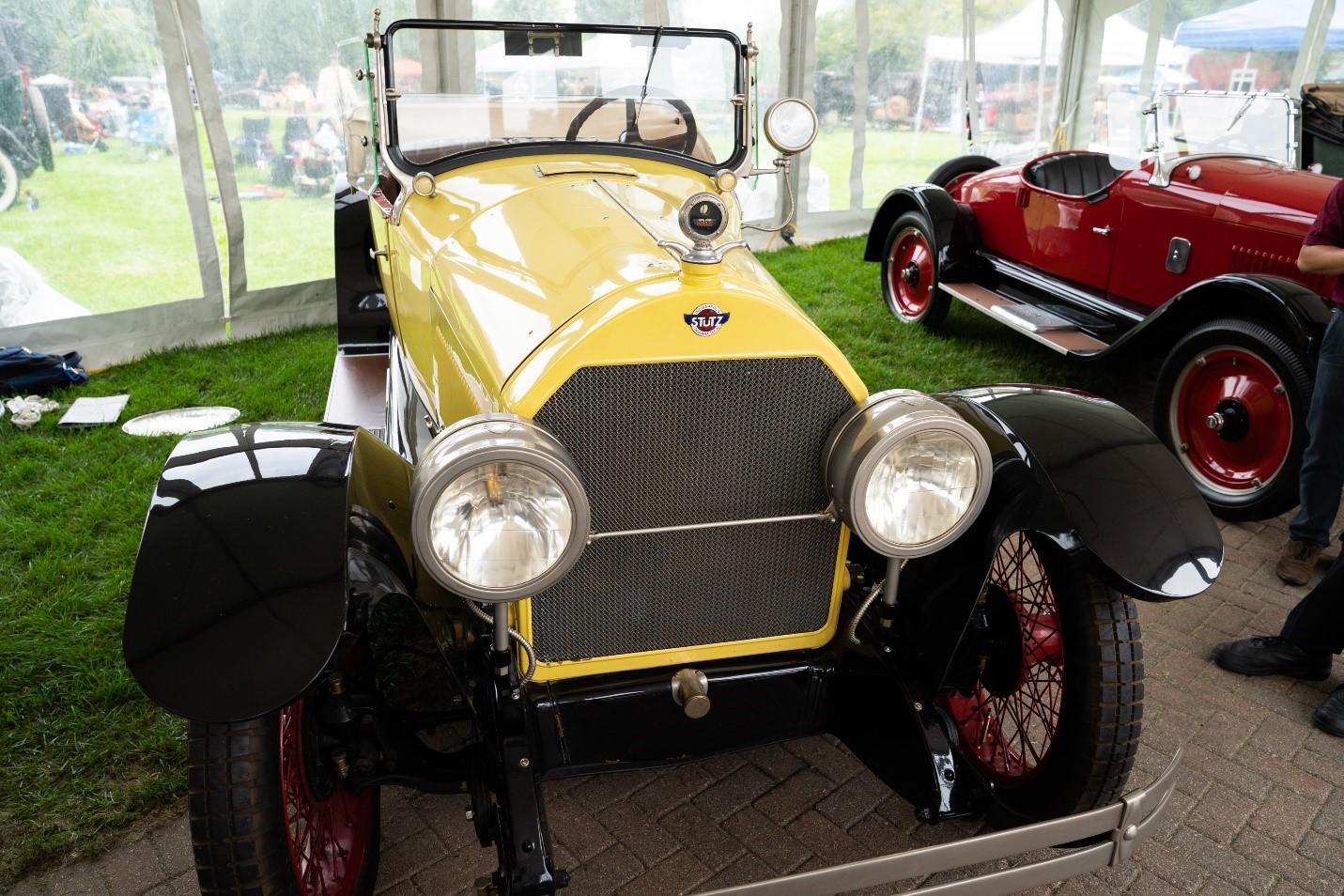 The Henry Ford’s 1923 Stutz Bearcat. Many consider the Bearcat to be America’s first true sports car.

In keeping with the theme, we featured three sporty cars in our special exhibit tent across from Town Hall. From The Henry Ford’s own collection, we pulled our 1923 Stutz Bearcat. If there’s one name synonymous with early sporting automobiles, it’s “Bearcat.” Indianapolis-based Stutz introduced the model in 1912. The first-generation Bearcat featured only the barest bodywork and a trademark “monocle” windshield. Our later model was a bit more refined but, with 109 horses under the hood, it had no problems pushing the speedometer needle to the century mark. And, with its $3500 price tag, it had no problems pushing your bankbook into the red, either. 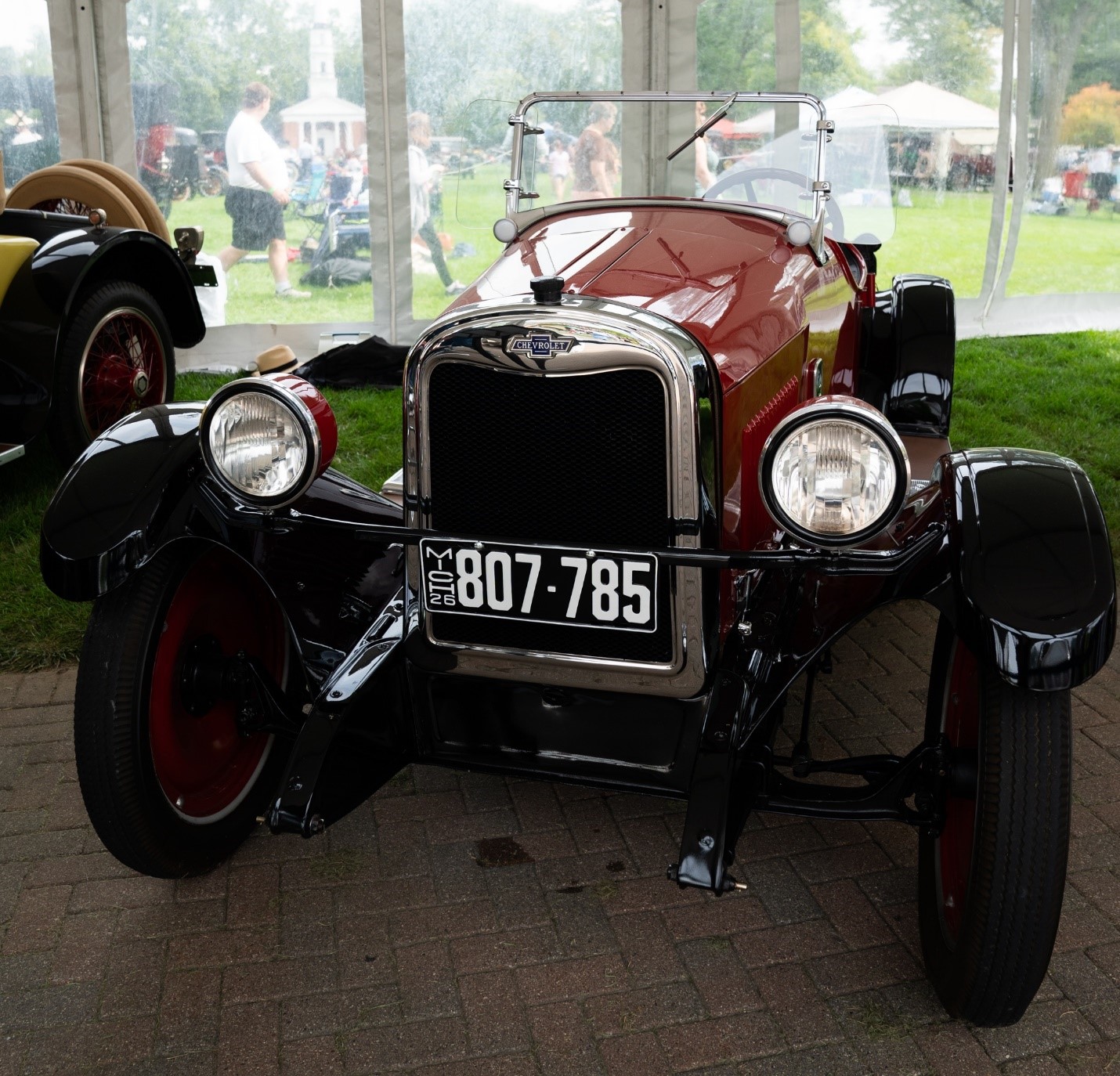 The sporty, affordable 1926 Chevrolet – for when the heart says, “speed up” but the wallet says, “slow down.”

Our good friends at General Motors once again shared a treasure from the company’s collection. This time it was a beautiful 1926 Chevrolet Superior Series V. The car boasted custom bodywork from the Mercury Body Company of Louisville, Kentucky. The speedster body and disc wheels gave a sporty look to a car targeted at budget-minded buyers. The Chevy sold for $510 – about one-seventh the cost of that Stutz! 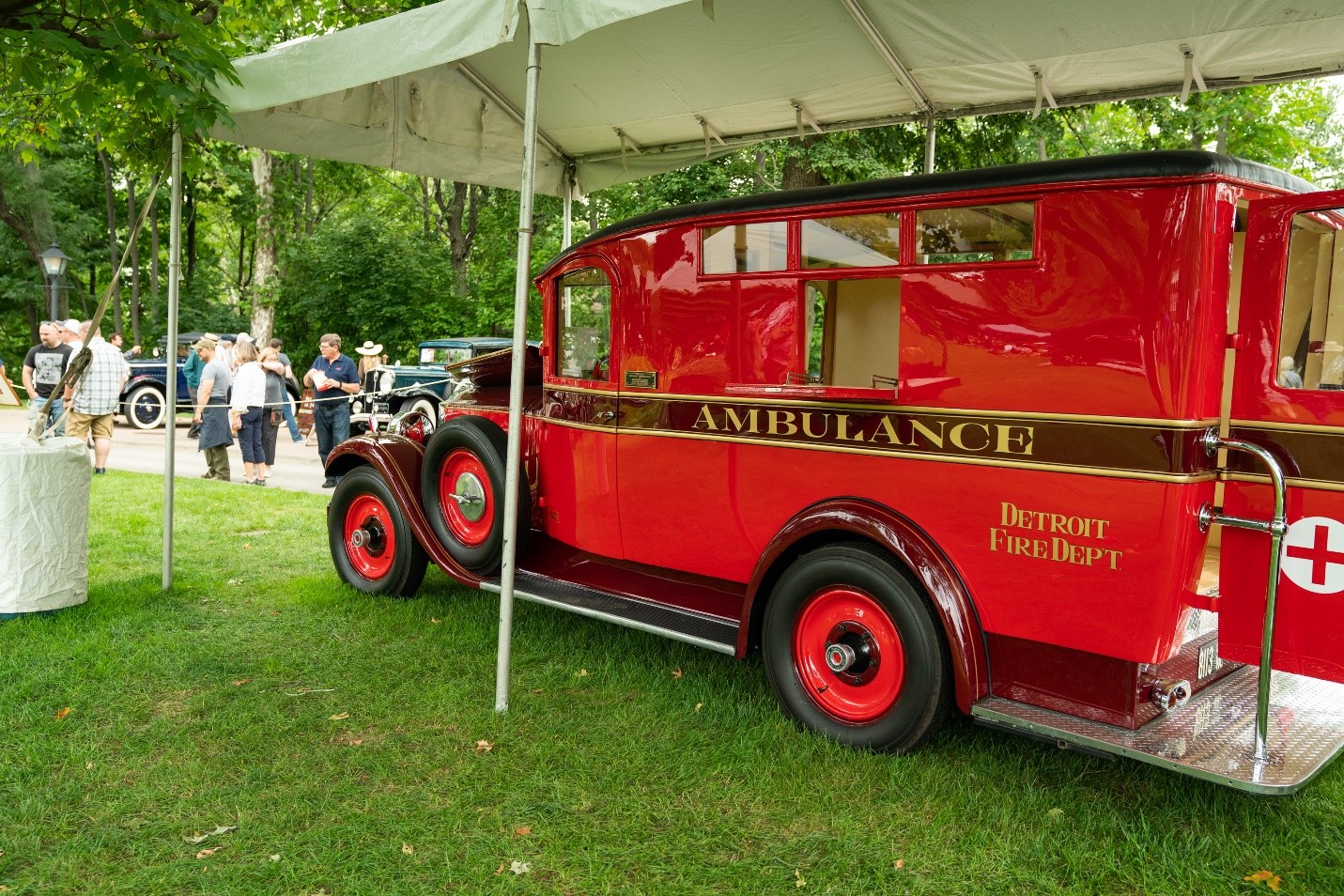 This newly-restored 1927 Packard ambulance served the city of Detroit for nearly 30 years.

Every car at Old Car Festival has its own story, but some of them are particularly special. You could certainly say that about the 1927 Packard ambulance bought to us by owner Brantley Vitek of Virginia. He purchased the vehicle, in rather rough condition, at the Hershey swap meet in 1974. Dr. Vitek planned to restore it but, as is sometimes the case for car collectors, life got in the way. He wasn’t able to start the project until 2016, but it was well worth the wait. The finished ambulance is gorgeous – and not without southeast Michigan ties. The Packard served all its working life with the Detroit Fire Department. Old Car Festival wasn’t just a debut for the completed project, it was a homecoming as well. 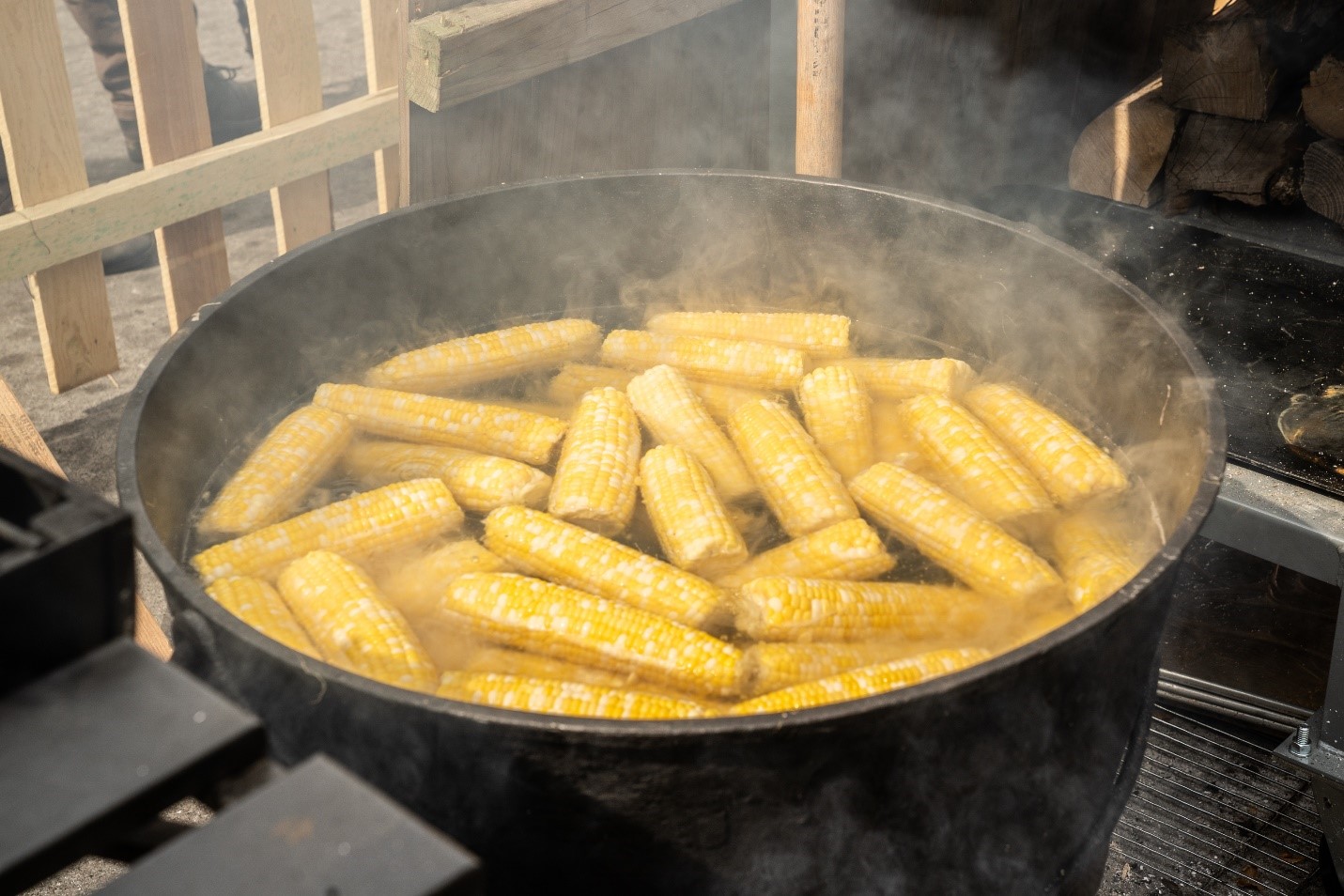 The corn boil was just one of the dietary delights offered at this year’s show.

Veteran Old Car Festival attendees know that the show mixes a little gastronomy with its gasoline. Each year brings historically-inspired foods to the special “Market District” set up along the south end of Greenfield Village’s Washington Boulevard. Offerings for 2019 included turkey legs, sliced pastrami sandwiches, baked beans and cornbread (served in a tin cup), and peach cobbler. Longstanding favorites like kettle corn, hobo bread, and frozen custard were on hand too. 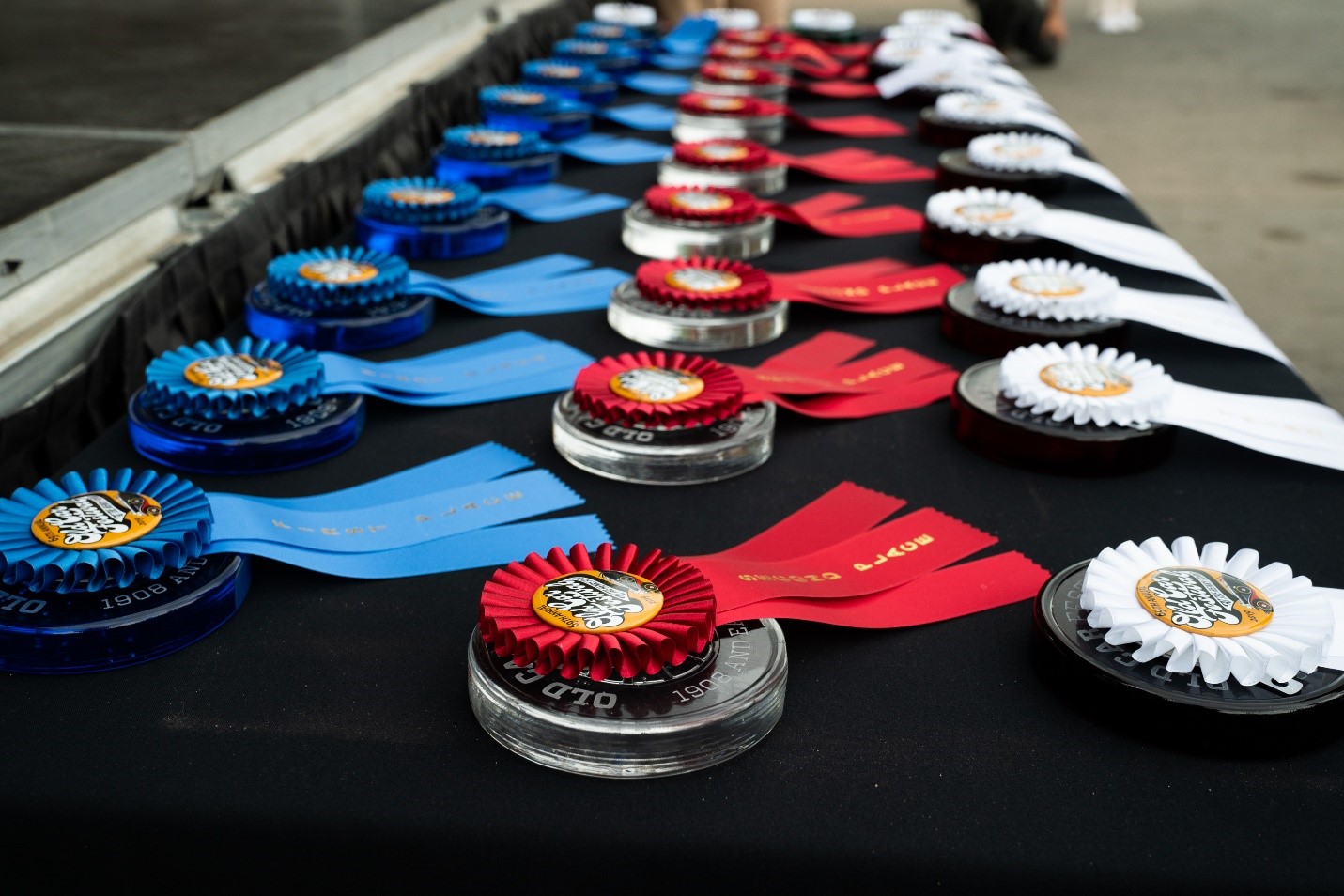 As it does every year, Old Car Festival wrapped up with the Sunday afternoon awards ceremony. Show participants are invited to submit their vehicles for judging. Expert judges award prizes based on authenticity, quality of restoration, and the care with which each vehicle is maintained. First, second, and third-place prizes are awarded in eight classes, and one Grand Champion is selected for each of the show’s two days. Additionally, two Curator’s Choice awards are given to significant unrestored vehicles. 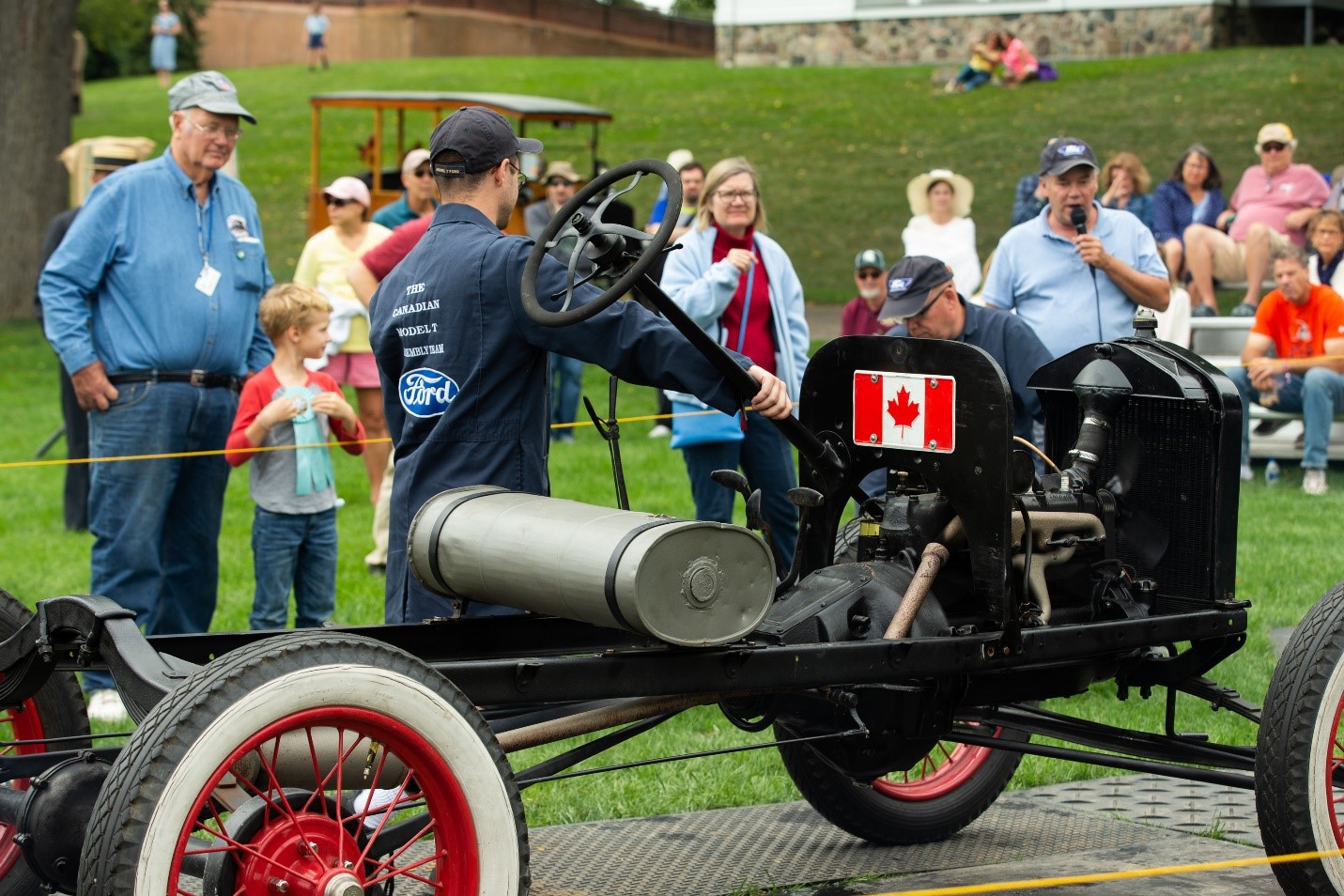 The Canadian Model T Assembly Team entertained by putting together this vintage Ford in mere minutes.

Year after year, Old Car Festival provides sights, sounds, and tastes to delight the senses. It’s no wonder the show has been going strong for 69 years. We’ll see you for show number 70 in 2020!