Coming Soon to The Henry Ford – Driven to Win: Racing in America 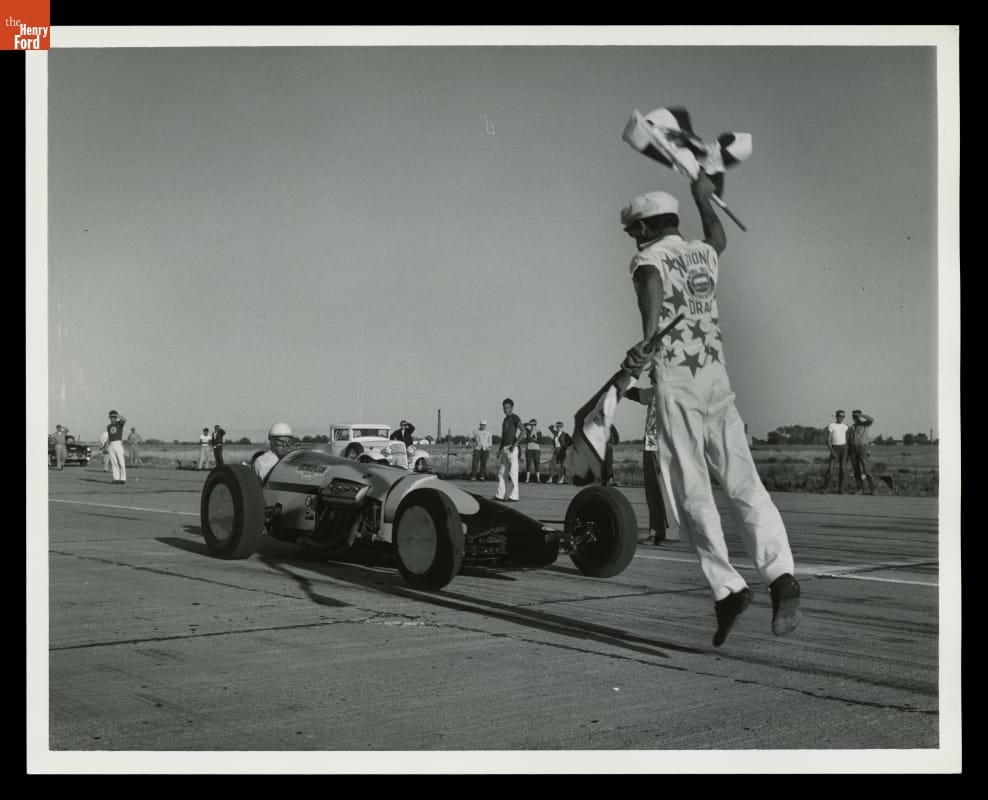 If you’ve visited Henry Ford Museum of American Innovation in the past several months, then you’ve undoubtedly noticed the large construction walls in the museum’s northeast corner, just behind Driving America. That 24,000 square-foot space will soon be home to our newest exhibit, Driven to Win: Racing in America presented by General Motors. 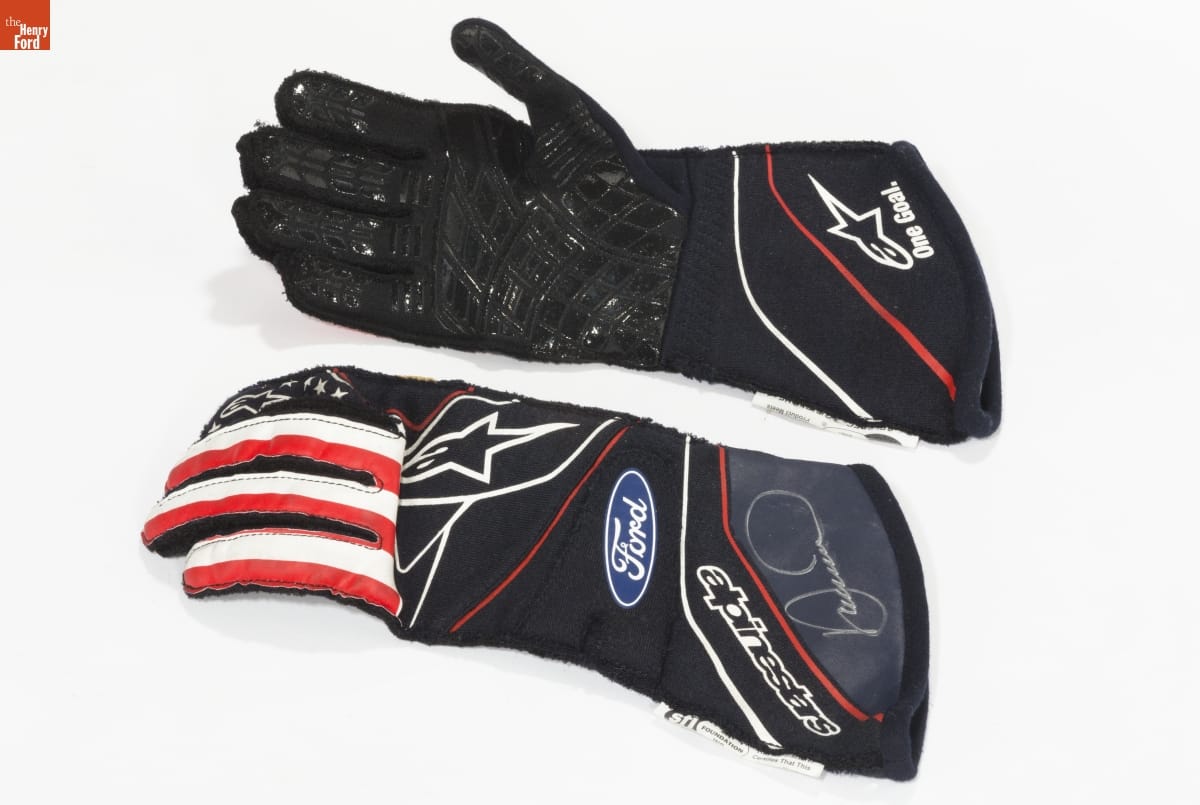 Driven to Win will be among the most comprehensive looks at automobile racing in the United States. We’ll cover every major American racing type, and we’ll do it from 1895 – when the Chicago Times-Herald sponsored the country’s first formal auto race – right up to the present day. We’re featuring 26 vehicles in the show, including some old favorites and a few new surprises. We’ll also have more than 225 artifacts from the museum’s collection – many of them newly acquired for this exhibit. 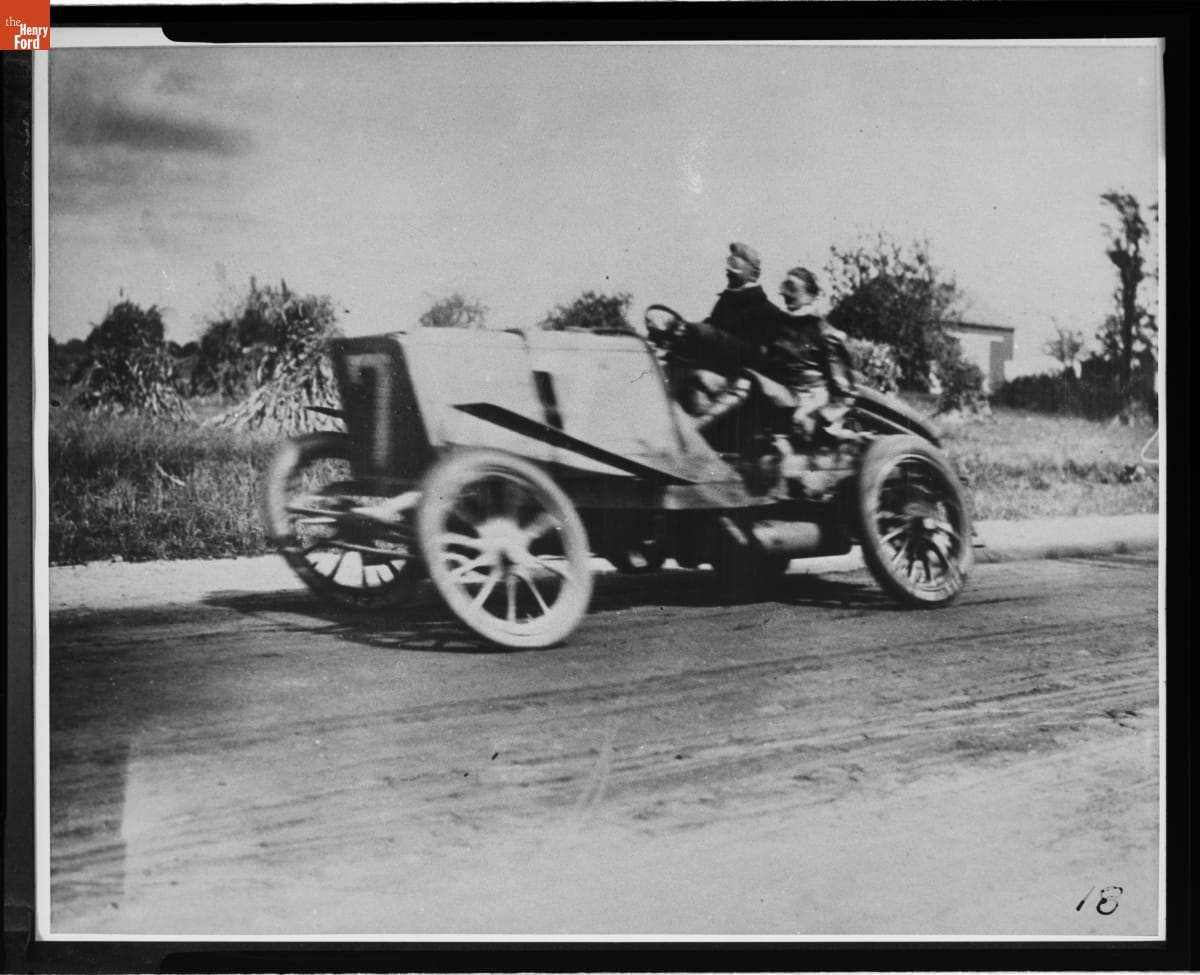 Guests entering Driven to Win will first encounter what we call the “Dawn of Racing” where they’ll learn about American racing’s earliest days, whether on repurposed horse tracks or requisitioned public streets. Fittingly, the first vehicle they’ll see in this section is a successful little racer built and driven by a certain Henry Ford, the 1901 Ford Sweepstakes. 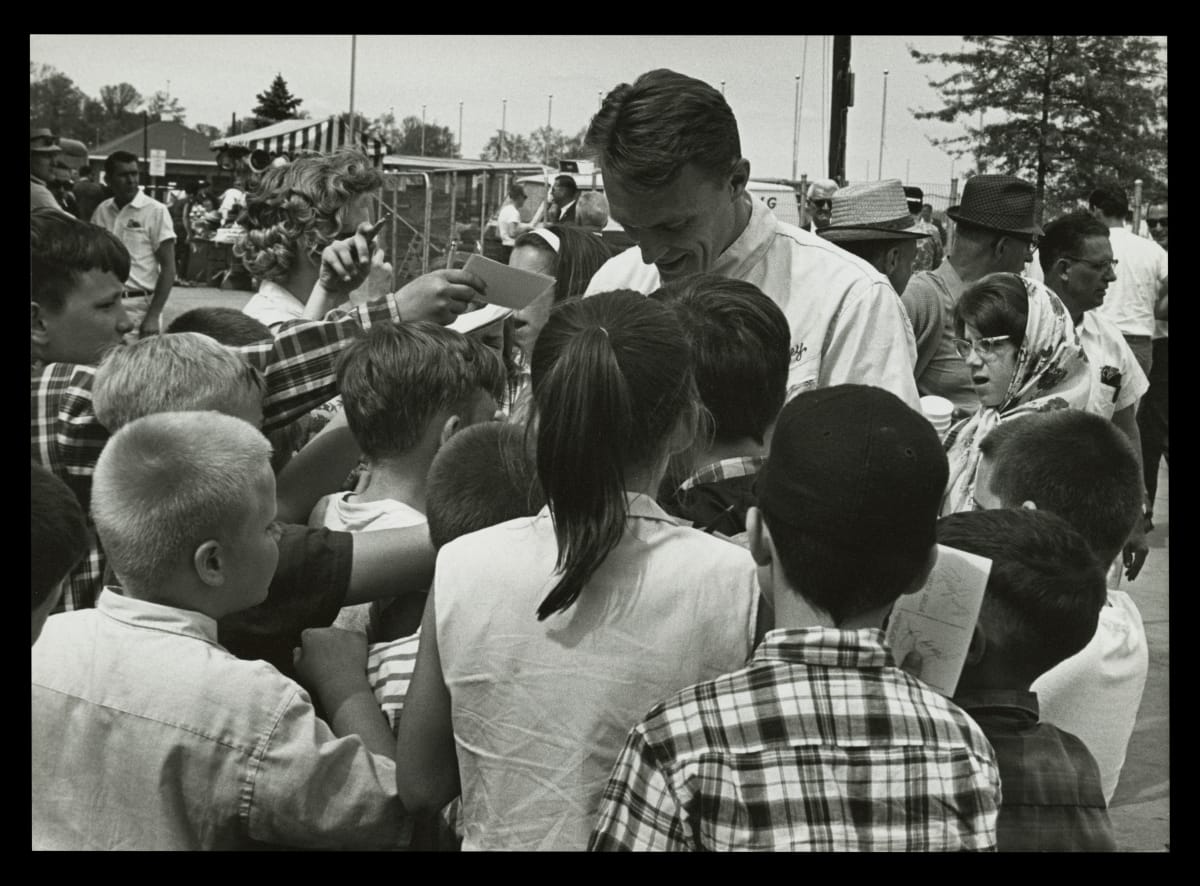 Just behind this introductory zone, we talk about “Igniting the Passion.” We’ll see some of the ways in which young people are introduced to motorsport through toys and games. Some of them will go on to become lifelong fans. Others might take up racing-inspired hobbies like tether cars. A few may go on to careers in the sport, whether behind the wheel, behind the pit wall, or behind the scenes. This area also serves as the entrance to our film experience, which forms the literal and figurative center of the exhibit. Inside, audiences will enjoy the sights, sounds, and spectacle of race day, and be inspired by young people pursuing dreams at legendary locations like Daytona, Indianapolis, and Bonneville. 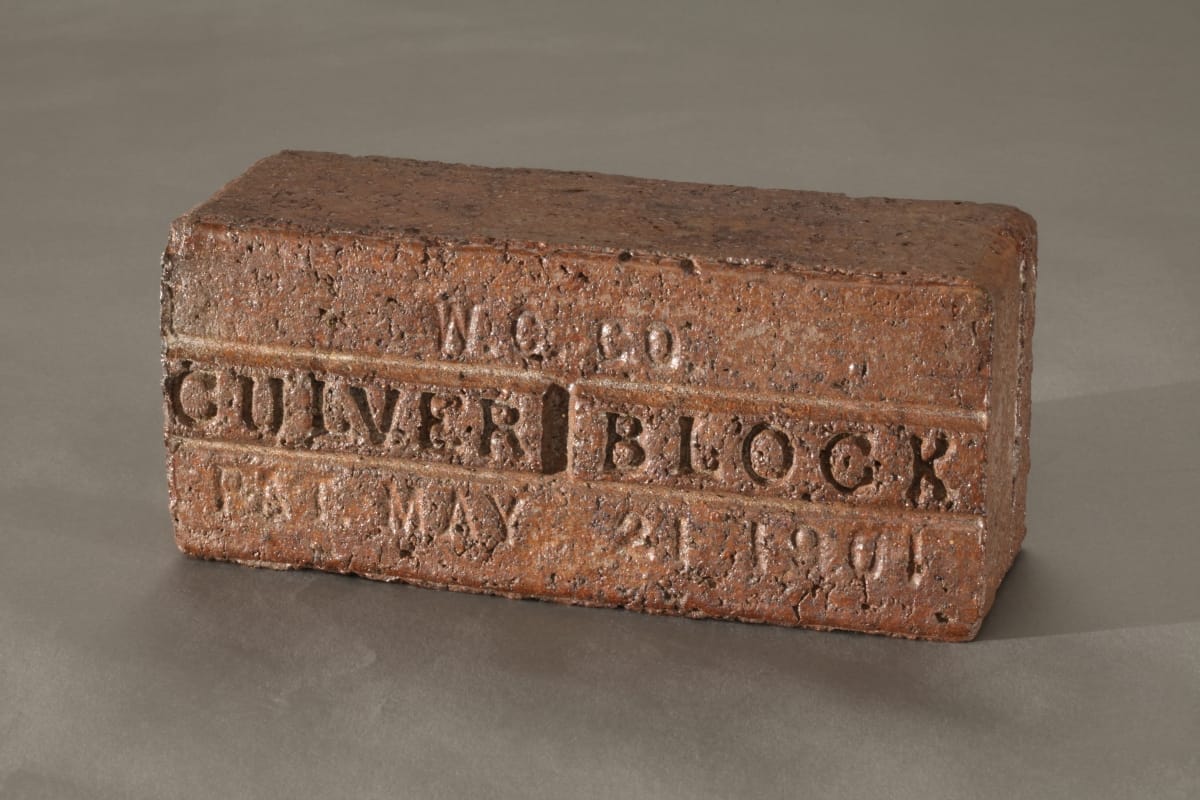 Outside the film theater, visitors can step into The Henry Ford’s own Winner’s Circle presented by Rolex. Here they’ll see the innovative and influential cars that changed the game. They’ll find the 1956 Chrysler 300-B from Carl Kiekhaefer’s phenomenal Mercury Marine team, which dominated NASCAR in the mid-1950s. Nearby is the Penske PC-17 that Rick Mears drove to victory in the 1988 Indianapolis 500, giving him the third of his record-tying four Indy wins – and Team Penske the seventh of its astounding 18 Indy victories. (The Chevrolet-powered Penske chassis is loaned to us courtesy General Motors, the exhibit’s presenting sponsor.) 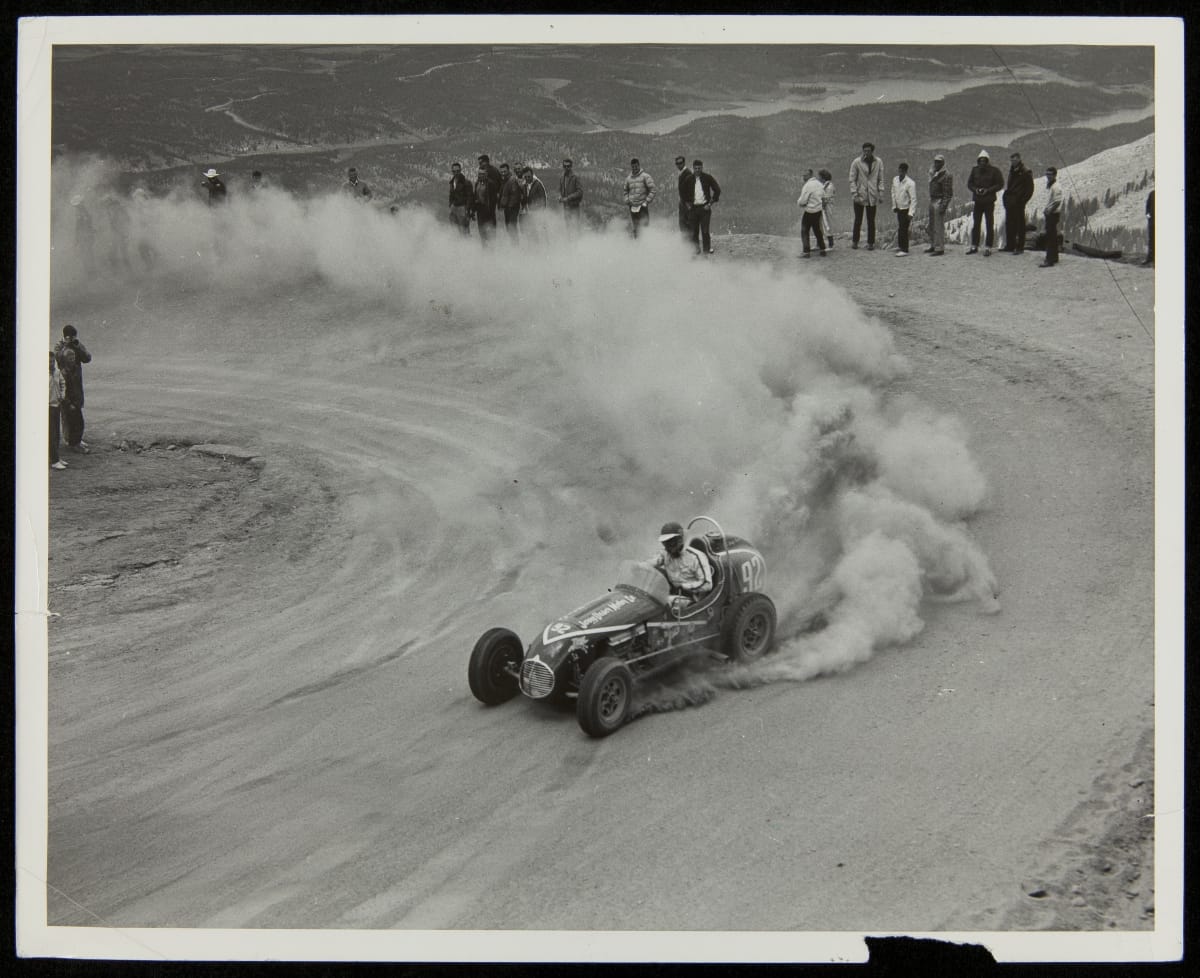 Moving around the exhibit’s perimeter, visitors will encounter the major forms of racing popular in the U.S. They’ll learn about land speed racing at Bonneville, where Goldenrod topped 409 mph in November 1965; they’ll see hill climbing at Pikes Peak, where Bobby Unser and his legendary family reigned supreme; they’ll visit the ceremonial heart of American racing at Indianapolis, where Harry Miller designed some of early racing’s most beautiful (if not always successful) open-wheel racing cars; they’ll travel overseas to Le Mans, where Ford Motor Company raced American sports cars in the 1960s and the 2010s; they’ll visit Daytona, birthplace of NASCAR and home to one of the country’s greatest stock car tracks; and they’ll see an homage to the vanished Detroit Dragway, where gassers and rail jobs once battled for the title of Top Eliminator. 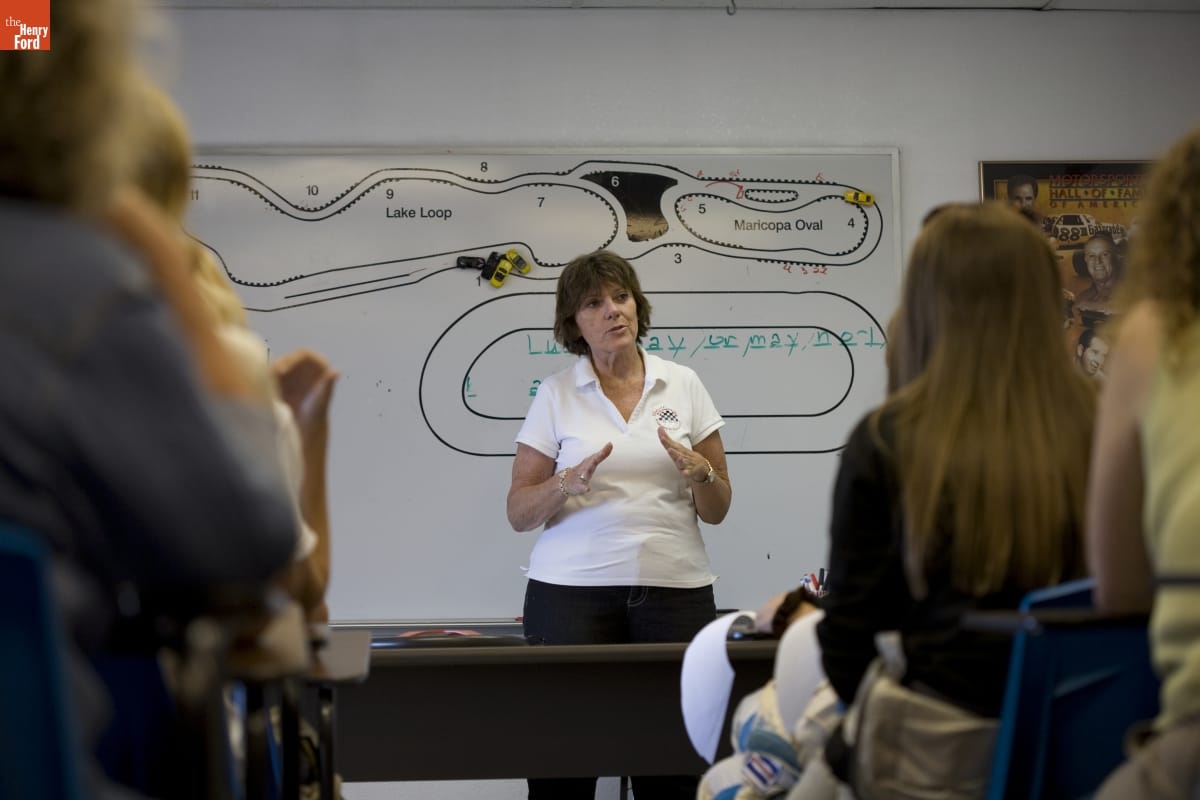 But racing isn’t just about the cars, it’s about the people behind them. Driven to Win visitors will have the chance to train using some of the same methods as today’s top drivers. There’s strength training with special machines that mimic muscle motions in a race. There’s neurocognitive training with interactive stations that test vision, memory, and reaction time. We’ll also have a pit crew activity where visitors can try their hand changing tires and refueling cars – though probably not in the 15 seconds it takes a top NASCAR crew. And for those eager to get behind the wheel, we’ll have a set of sophisticated simulators that are about as close to driving a hot lap as you can get without wearing a helmet. 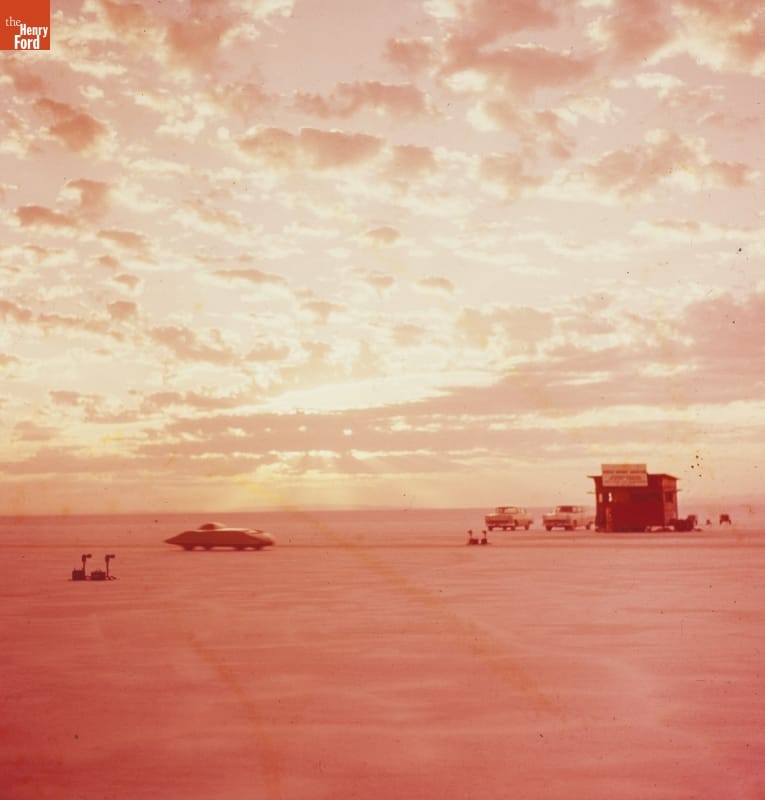 It’s been a long time coming, but Driven to Win: Racing in America promises to be worth the wait. Its blend of exciting immersive experiences will be unlike anything else in Henry Ford Museum of American Innovation – or in any other automotive museum, for that matter. We couldn’t be prouder of the work we’ve put into it, and we look forward to sharing the results with everyone this summer.

Matt Anderson is Curator of Transportation at The Henry Ford. See more racing artifacts in our collection in this expert set.