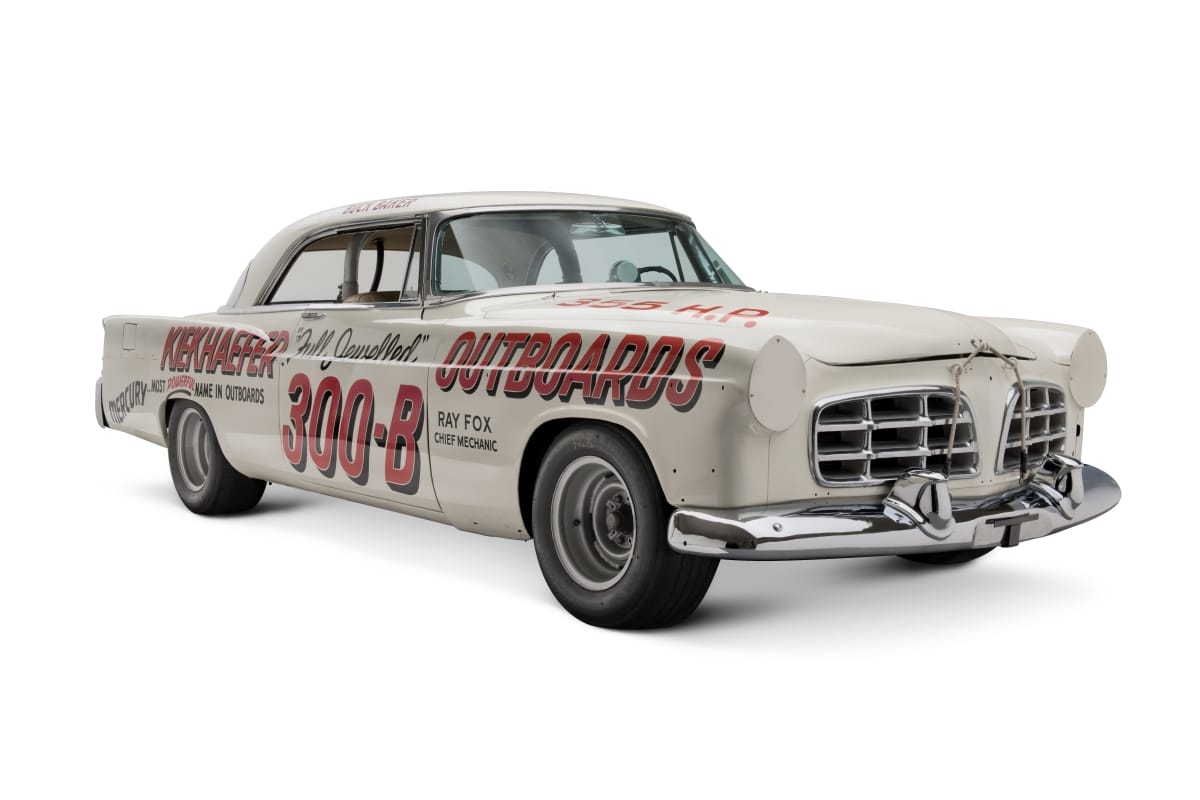 Vicki Wood drove at least one Chrysler 300 car from Carl Kiekhaefer's NASCAR team—though we can’t be sure this Kiekhaefer Chrysler in our collection was driven by her. / THF90106

Stock car racer Vicki Wood was born March 15, 1919, in Detroit. Her success on Detroit area tracks in the early 1950s caught the attention of Chrysler's public relations office. Sensing a promotional opportunity, they arranged for her to try for speed records at Daytona Beach in 1955 and 1956. Each time, she drove a Chrysler—and it's possible, though we can’t be sure, that one was the Kiekhaefer Chrysler in our collection, pictured above.

Wood set several records on the sands of Daytona Beach between 1955 and 1960. In three of those years, her times beat all the male drivers. In 1960, Wood set a one-way speed record of 150.375 mph—the fastest one-way run by a woman in the history of Daytona’s beach course. Wood retired in 1963 but, because beach racing ended in 1959 when Daytona International Speedway opened, she’ll always be “the fastest woman on the beach.”She passed away on June 5, 2020, in Troy, Michigan.