When the 29 millionth Ford came off the assembly line in 1941 there was no doubt who the owner would be - a group of American Red Cross volunteers were waiting for the keys as the car rolled into sight. The donation of the vehicle was just a small part of the role Ford Motor Company undertook with the American Red Cross during World War II. Both Henry and Edsel Ford not only made large monetary donations and sponsored blood drives and fundraisers at Ford plants, but they also gave space, teachers, supplies, and vehicles to the Detroit Chapter of the American Red Cross Motor Corp. 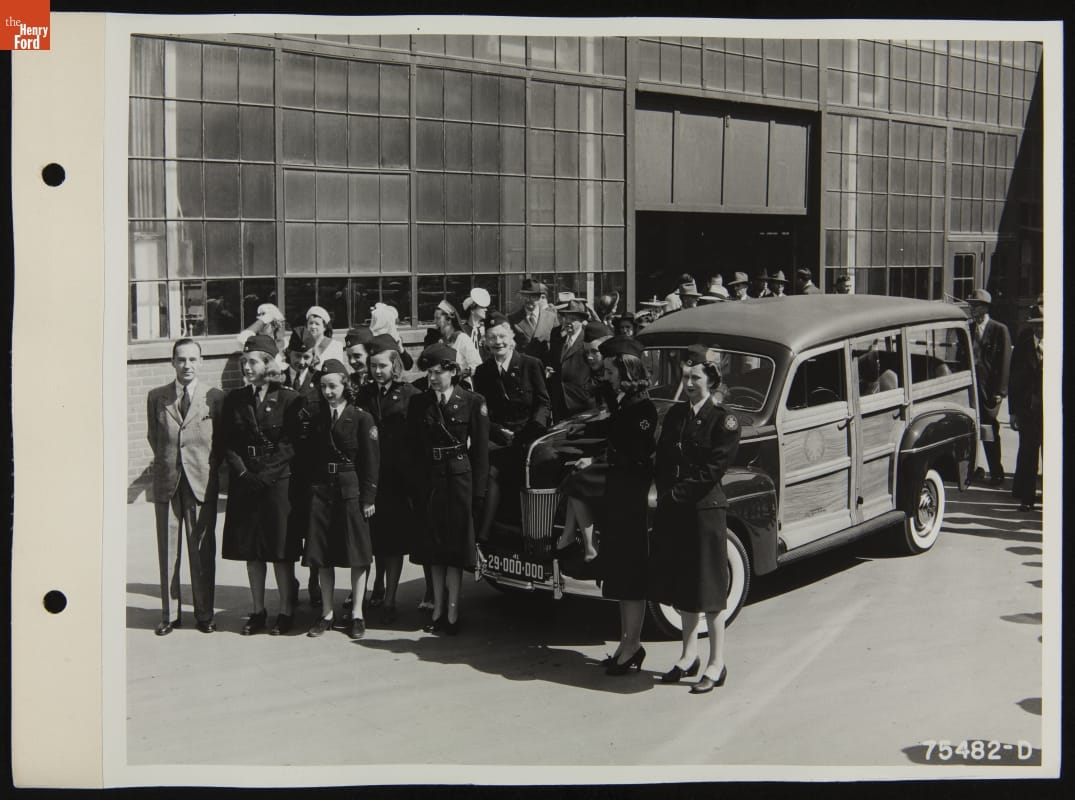 The Motor Corp., which was started during WWI in 1918, was a segment of the American Red Cross made up of women civilian volunteers. They were responsible for transporting wounded and sick soldiers to various hospitals; conveying donated blood, supplies, and food to airstrips for over overseas transport, and also driving hospital volunteers, Red Cross personnel, and visiting military family members to hospitals, recovery centers, and funeral homes. The Motor Corp. served the Army, Navy, Coast Guard, Blood Blank, various social agencies, and the USO. These women provided their own vehicles, gas, time, and tools and also had to purchase their uniform, and insignias for their cars.

Not only were volunteers in the Motor Corp. required to provide their own vehicles but they had to perform their own maintenance as well. Many of the volunteers had never been called on to service a car, and with wartime restrictions on materials, auto repair was even more difficult. Ford Motor Company stepped in to offer mechanics training courses to Detroit Chapter Motor Corp. volunteers. The Company provided trained mechanics, free of charge, to teach groups of volunteers the basics of car maintenance. According to the National Red Cross Motor Corp. Volunteer Special Services Manual, the mechanics course should cover how to “change a tire, apply chains, replace light bulbs, check gas flow at carburetor back through fuel pump to tank, check battery, check loose electrical connections, check spark plugs, and check electrical current at generator and distributor.” Volunteers didn’t have it easy, instructor were encouraged to “disconnect various electrical wires and parts of the gas pipe system” so members could analyze what was wrong and fix it. Ford opened up rooms in Highland Park for many of the training classes in 1941, and dealerships all over Detroit were made available for evening classes. The classwork included both informational lecture instruction and hands-on training on automobiles. The company also provided trucks for driving tests, and other equipment needed by the local Corp. 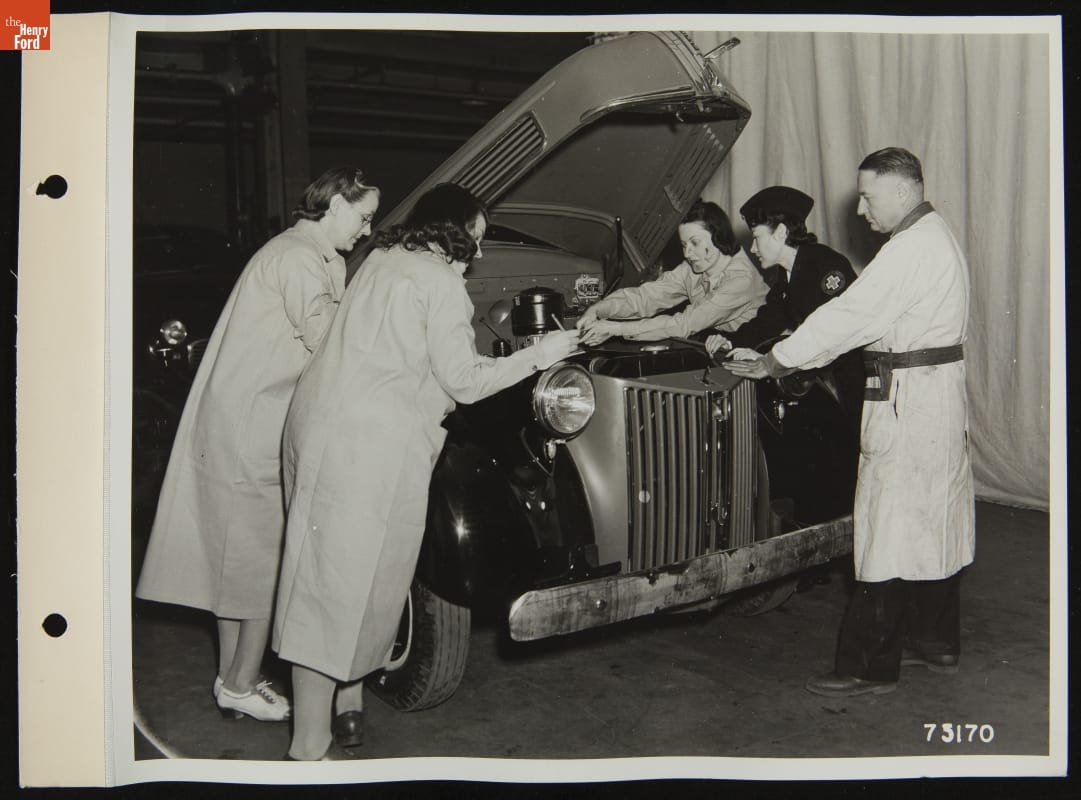 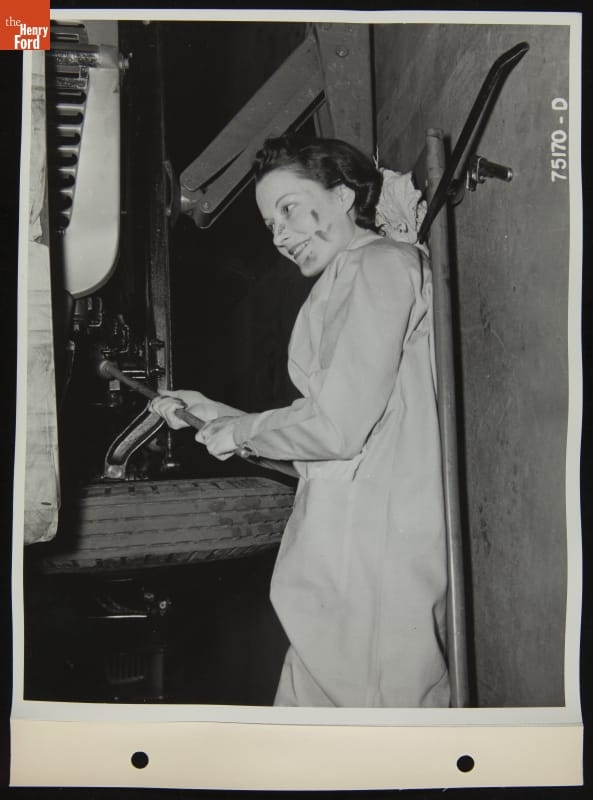 The first vehicle Ford donated to the Red Cross during WWII was an important vehicle to the company. The car was a Super Deluxe Ford Station Wagon, but this was no ordinary car, it was the 29 millionth Ford car produced in their 38 year history. The car sported the Motor Corp. insignia on the front door and carried a ceremonial license plate of "29,000,000." The morning of April 29, 1941, found Edsel Ford with a group of volunteers from the Motor Corp. of the Detroit chapter of the American Red Cross.  A dozen or so representatives of the Motor Corp gathered with Ford as the car rolled to the end of the line. Edsel handed off the keys to the Captain of the Detroit Motor Corp, Barbara Rumney, who took the wheel as Edsel joined her for a ride in the new car. 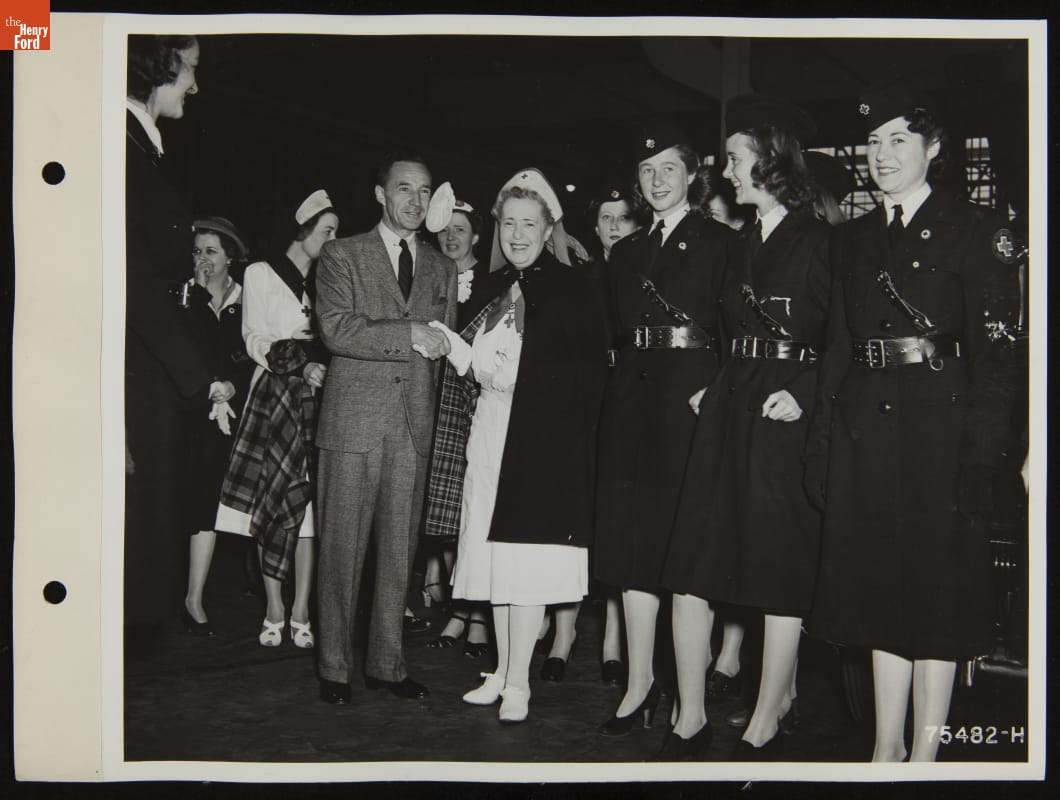 By 1942, the Detroit Chapter of the Motor Corp. had over 1,300 trained volunteers, and after Ford’s donation of the 29 millionth car, had added 22 other pieces of equipment to broaden their reach and impact.  Barbara Rumney wrote Ford stating “We realize that if it had not been for your generous response, we could not have attempted many of the things that we are doing to serve our country in its crisis.” Over the course of World War II 45,000 women volunteered for the American Red Cross Motor Corp. driving 41 million miles to support the war effort. 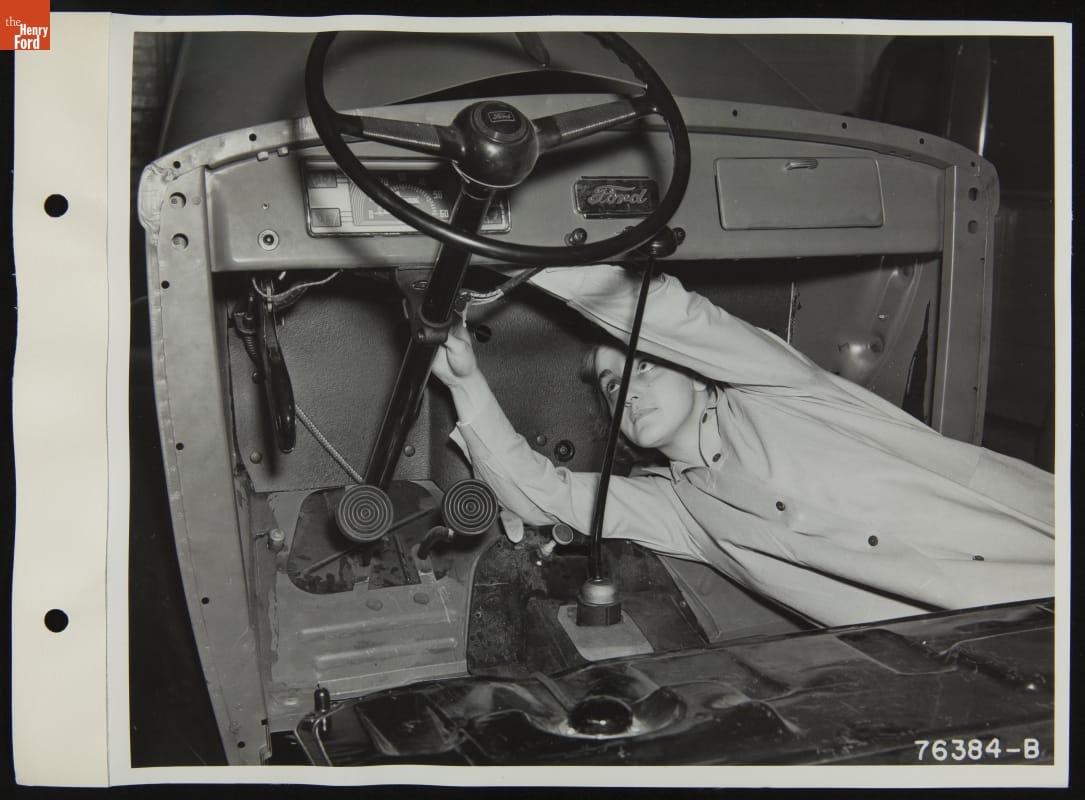