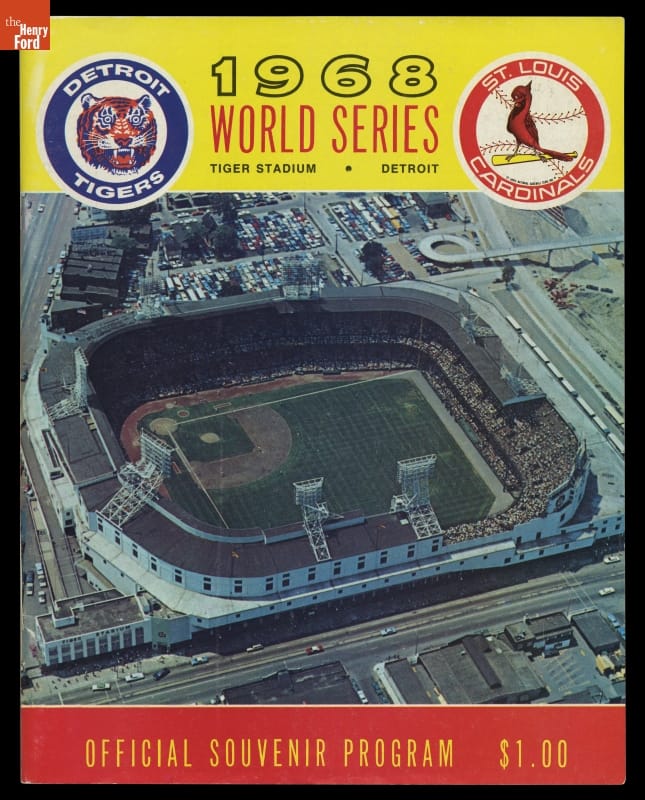 It happened after the darkest year in Detroit’s history, 1967. What had started out as a police raid on an after-hours club early Sunday morning, July 23, 1967, escalated into five days and nights of uncontrolled violence, looting, and arson that left 43 people dead, 1,189 injured, and over 7,200 arrested. While civil unrest had occurred in many other cities before and during that summer, this event stood out as the largest of these uprisings to date.

The Detroit Tigers’ season ended on a dark note that year as well, with the team losing the pennant on the final play of the final game of the season.

When the baseball season returned in 1968, everyone wondered whether the violence of the previous summer would return. Detroiters expected the worst. But, when the Tigers started winning games—in dramatic fashion with new heroes emerging daily—people had something to look forward to. They rediscovered fun. And joy. And pride.

Exuding confidence from the start, the 1968 Detroit Tigers never lost a beat through the season. They clinched the American League pennant on September 17, 1968, with 103 wins and 59 losses—including a record-breaking 31 wins by pitcher Denny McLain. 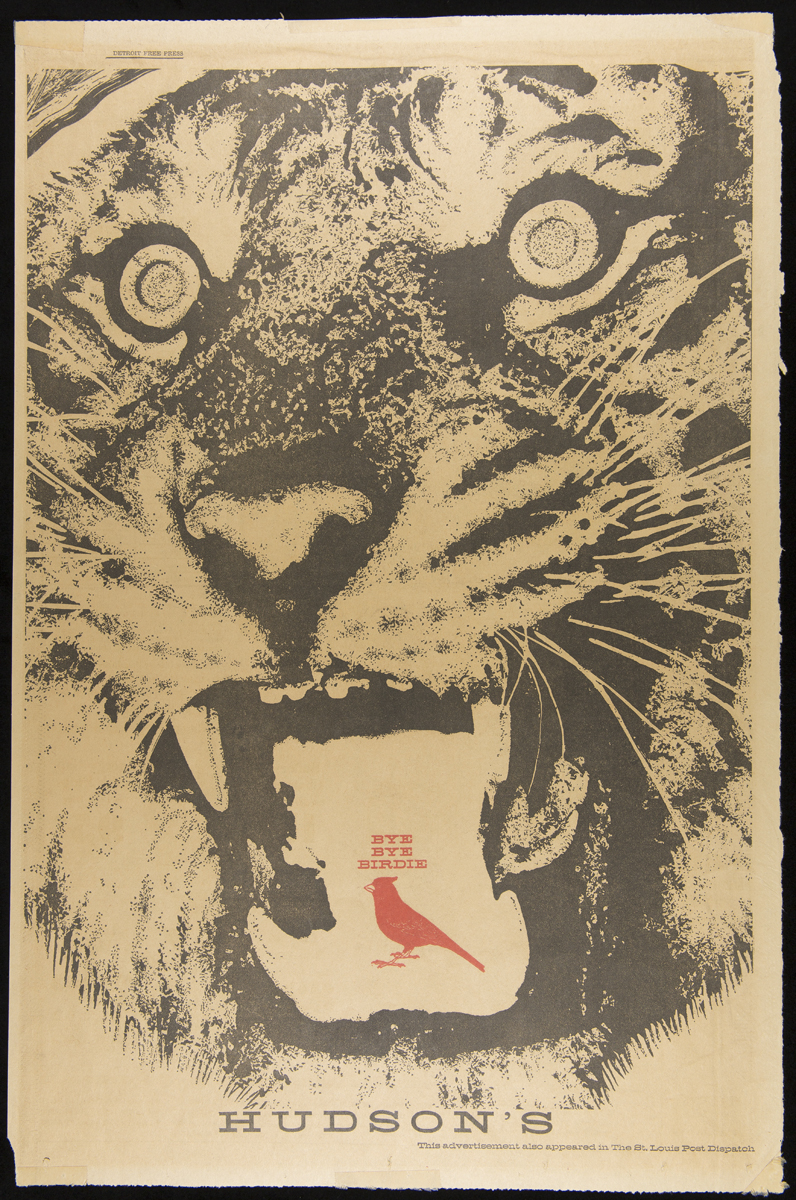 1968 World Series poster, produced by Hudson’s and the Detroit Free Press, with a satirical caption referencing the popular 1963 film of that name.

Before the days of wildcard teams and inter-league division playoffs, the Tigers moved directly on to the World Series—pitted against National League (and defending World Series) champions, the St. Louis Cardinals. After a 3-1 deficit in the Series and the feeling of impending defeat, a masterful throw to home plate by Willie Horton in Game 5, a gutsy managerial decision to move centerfielder Mickey Stanley to shortstop, and three complete-game victories by pitcher Mickey Lolich (Games 2, 5, and 7) helped the Tigers stage a comeback during the last three games. On October 10, 1968, they clinched the Series. A city-wide celebration ensued, lasting until dawn. The memory has never quite been forgotten.

This marked the first time the Tigers had won a championship since 1945, only the third time in their history, and something they have not accomplished since 1984. This was also the final Major League Baseball World Series before the 1969 team expansion and the introduction of divisional play with the League Championship Series.

As the donor of this bumper sticker (who was in eighth grade at the time) recalled, “Though I didn’t follow sports, I knew about the World Series, of course, and was SO proud that our hometown team would be participating. This was such a big thing that we students were allowed to watch the final game on a television rolled into our classroom (at Sacred Heart in Roseville, Michigan). That kind of thing very rarely happened—in fact, this is the only time I can recall that it did.”

Donna R. Braden, Senior Curator & Curator of Public Life, missed the 1968 World Series but was fortunate enough to attend the last game of the Tigers World Series in 1984.