Making the Cut: The Tripp Sawmill 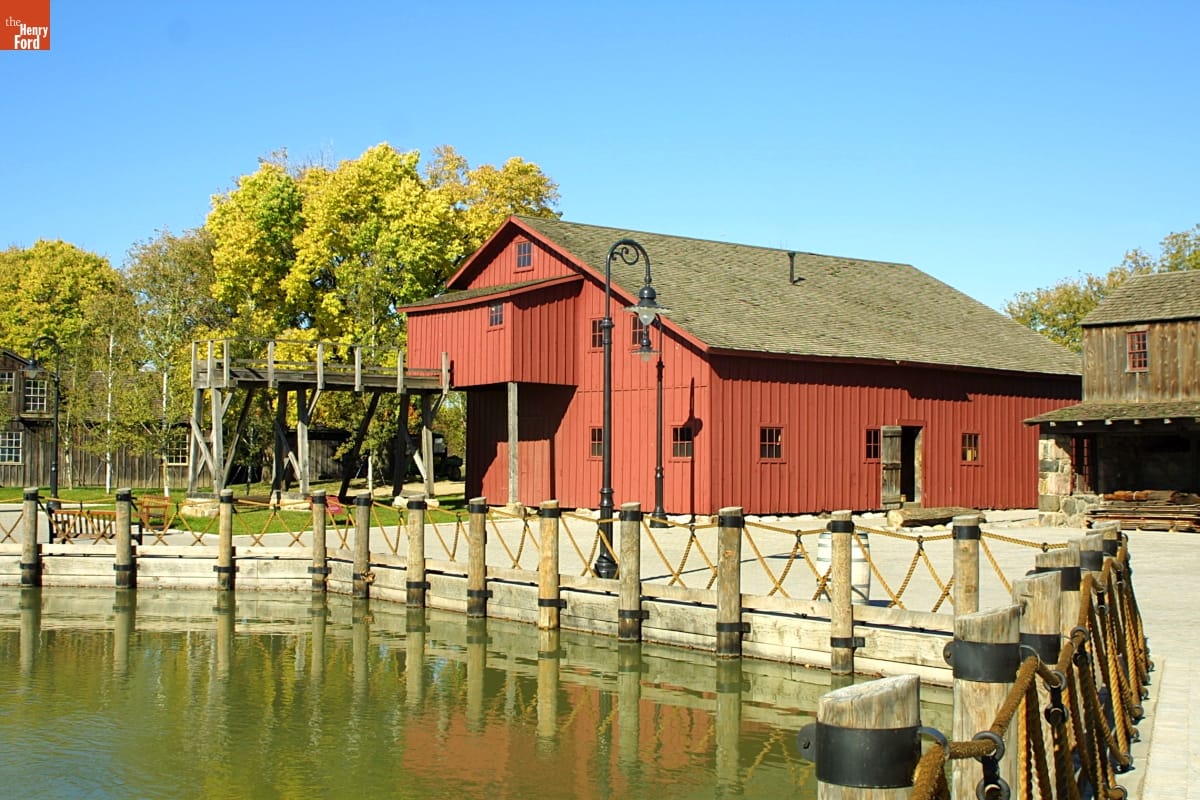 Visit the Liberty Craftworks district in Greenfield Village, and a red structure stands out at the far end of the pond. That’s the Tripp Sawmill, which once operated in Tipton, Michigan, in the mid-1800s, under the ownership of Rev. Henry Tripp and his family.

“It’s an interesting example of a logical, sequential, flowing process,” Marc Greuther, vice president of historical resources and chief curator at The Henry Ford, said of the sawmill. “It’s not a stretch to think of the building as a kind of machine, if you will, a single-purpose machine that is quite refined.” 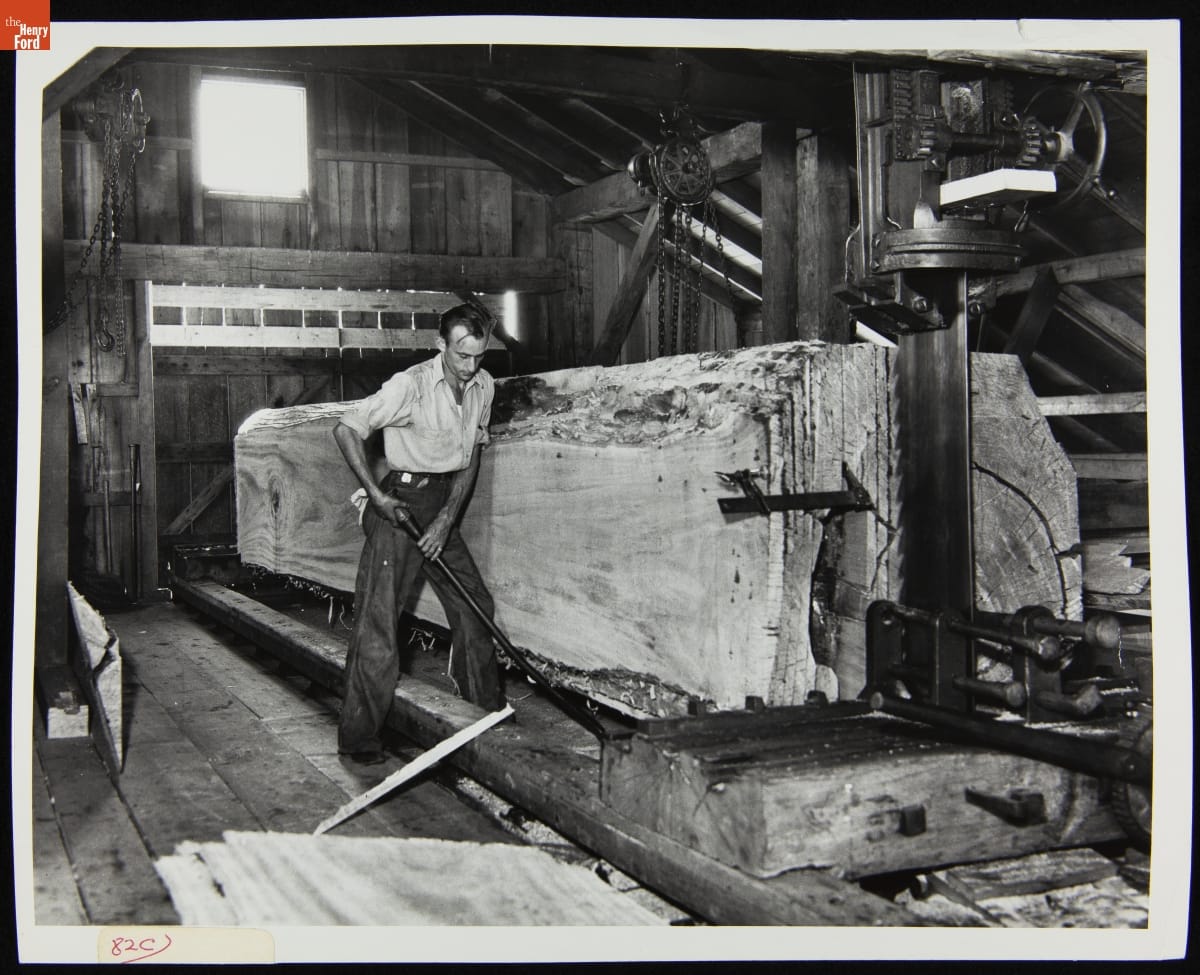 The sawmill was built and run solely by the Tripp family, tailored to the needs of the surrounding community. Tipton, an early American startup of sorts, was not necessarily looking for a large-scale logging operation in its midst. Instead, it needed a self-contained, functioning sawmill that could cut and process lumber from the area’s felled trees. It most likely operated only during the winter months, when residents could easily move felled trees from their properties across the frozen ground. “The Tripps were quite adept at figuring out how to start a business and find a niche,” said Greuther. “They were venturesome, entrepreneurial, and had that can-do attitude.” 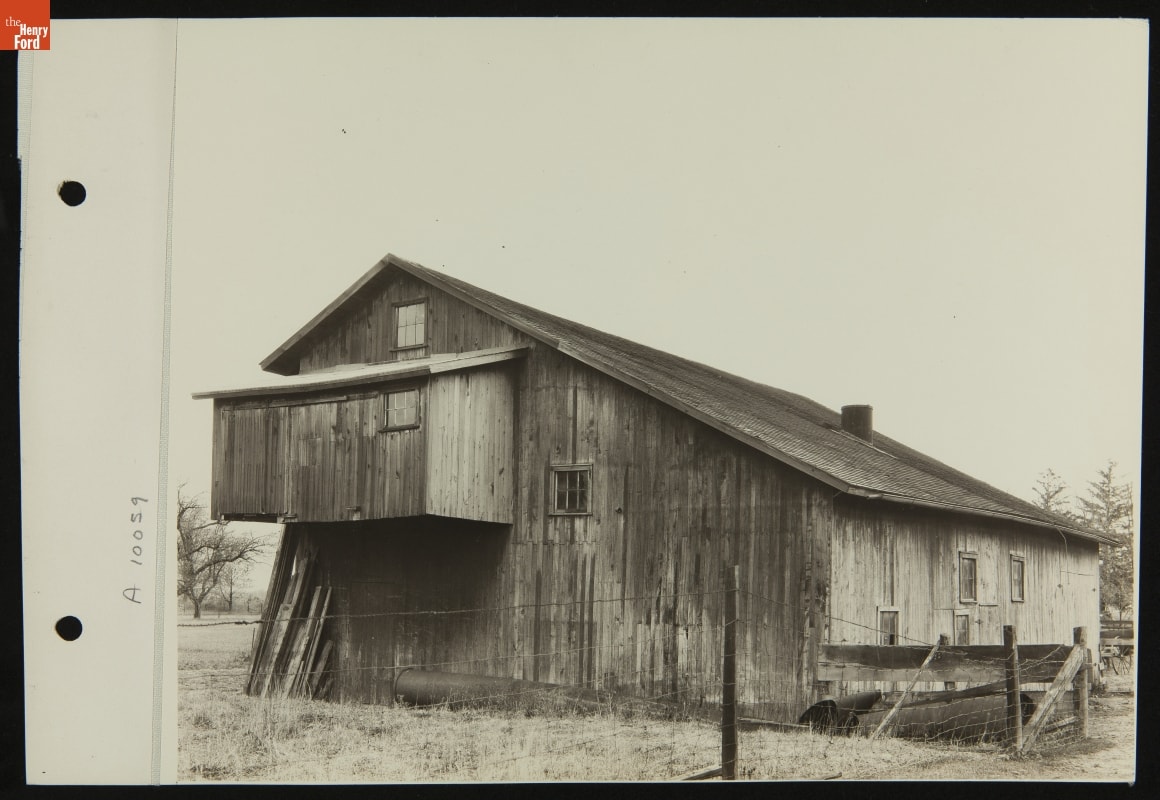 The Tripp Sawmill on its original site in Tipton, Michigan. / THF243590

While many such sawmills in the United States at the time were water-powered, especially those started in newly founded communities, the Tripp Sawmill was powered by steam from the outset—finely tuned and aligned to the resources within its vicinity. A well, for example, was on-site. The mill collected and used rainwater. Its boiler was fueled with waste wood and sawdust from the mill’s operation. “The mill exemplifies a judicious use of resources and technology and human personnel and output all working together,” said Greuther.


Go inside the Tripp Sawmill in this clip from The Henry Ford’s Innovation Nation. / YouTube

Undoubtedly, small sawmills played a fundamental role in rural communities in 19th-century America. The Tripp Sawmill was a modest, self-sufficient, integrated industrial unit comfortably wedded to its location, a model of how technology dovetails with human needs and available resources to play an important function in the life of a growing community. “It doesn’t surprise me that Henry Ford would be fascinated by this mill,” shared Greuther. “If you think of assembly lines, flowing material within a factory, this has all the hallmarks. It’s logical, visible, and mills like this, I think, were very inspirational to a great many inventors of the era.”