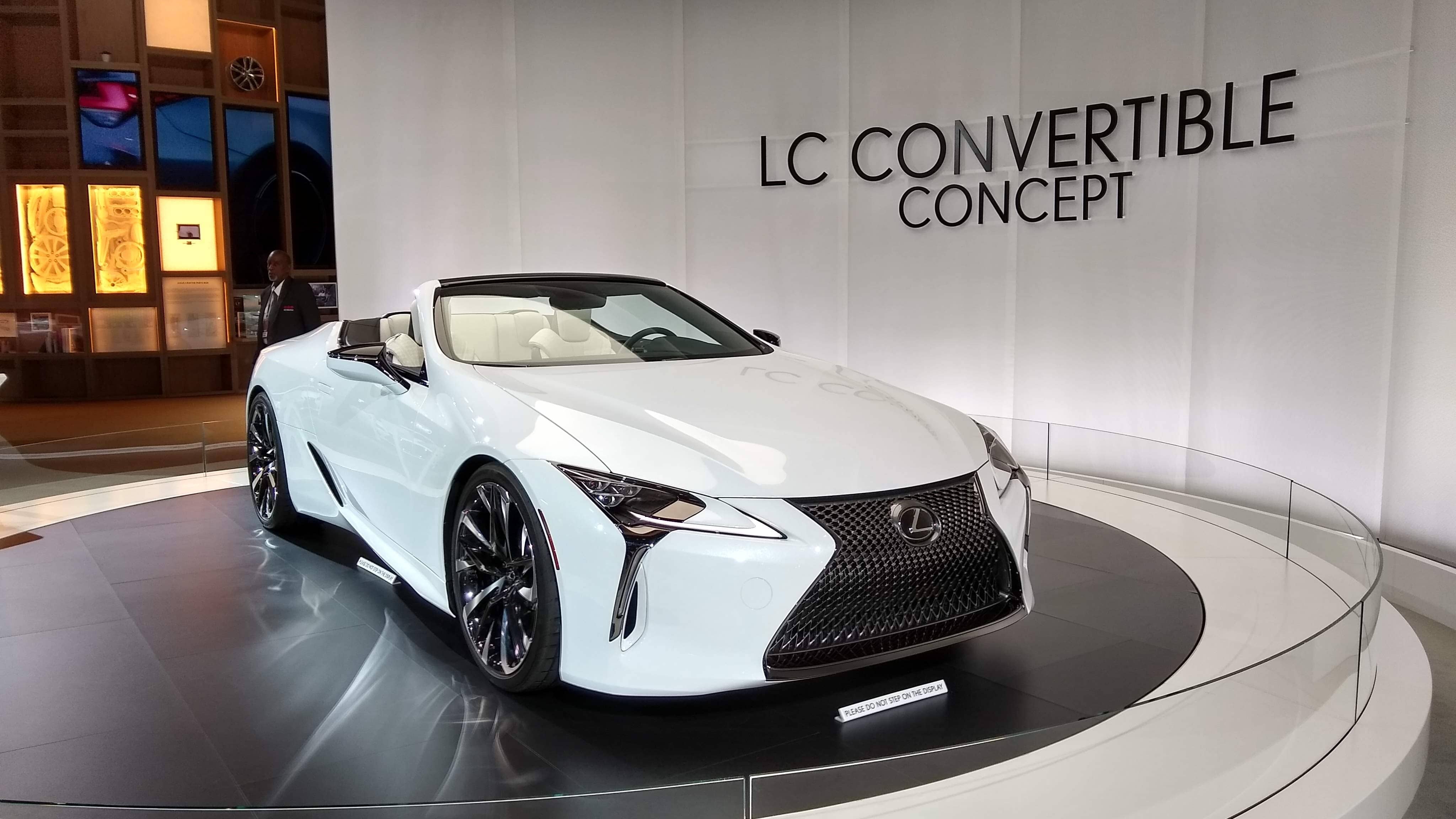 Lexus, which itself debuted at the North American International Auto Show in 1989, tantalizes visitors 30 years later with a drop-top concept version of its sporty LC coupe.

A Visit to the 2019 North American International Auto Show

It’s January in Detroit which means – for one last year – it’s time for the North American International Auto Show (NAIAS). Traditionally, flashy concept cars and new production models are the talk of the town, but this year all the buzz concerns the show’s impending move to June next year. It’s a major shift – undoubtedly the biggest since the show added “International” to its title 30 years ago – but there are valid reasons. Detroit’s weather generally isn’t what you’d call “pleasant” in January; the countless people who put the show together in Cobo Center invariably find themselves working through the holiday season; and automakers are now finding themselves stretched between NAIAS and the Consumer Electronics Show, which wraps in Las Vegas just days before NAIAS opens.

It’s no secret that NAIAS – and auto shows in general – are suffering from flagging interest, both from the public and from automakers themselves. In recent years, we’ve seen a number of upmarket marques pull out of the Detroit show. (Audi, BMW and Mercedes-Benz are all conspicuous by their absence in 2019.) The move to summer might reverse this trend, too. 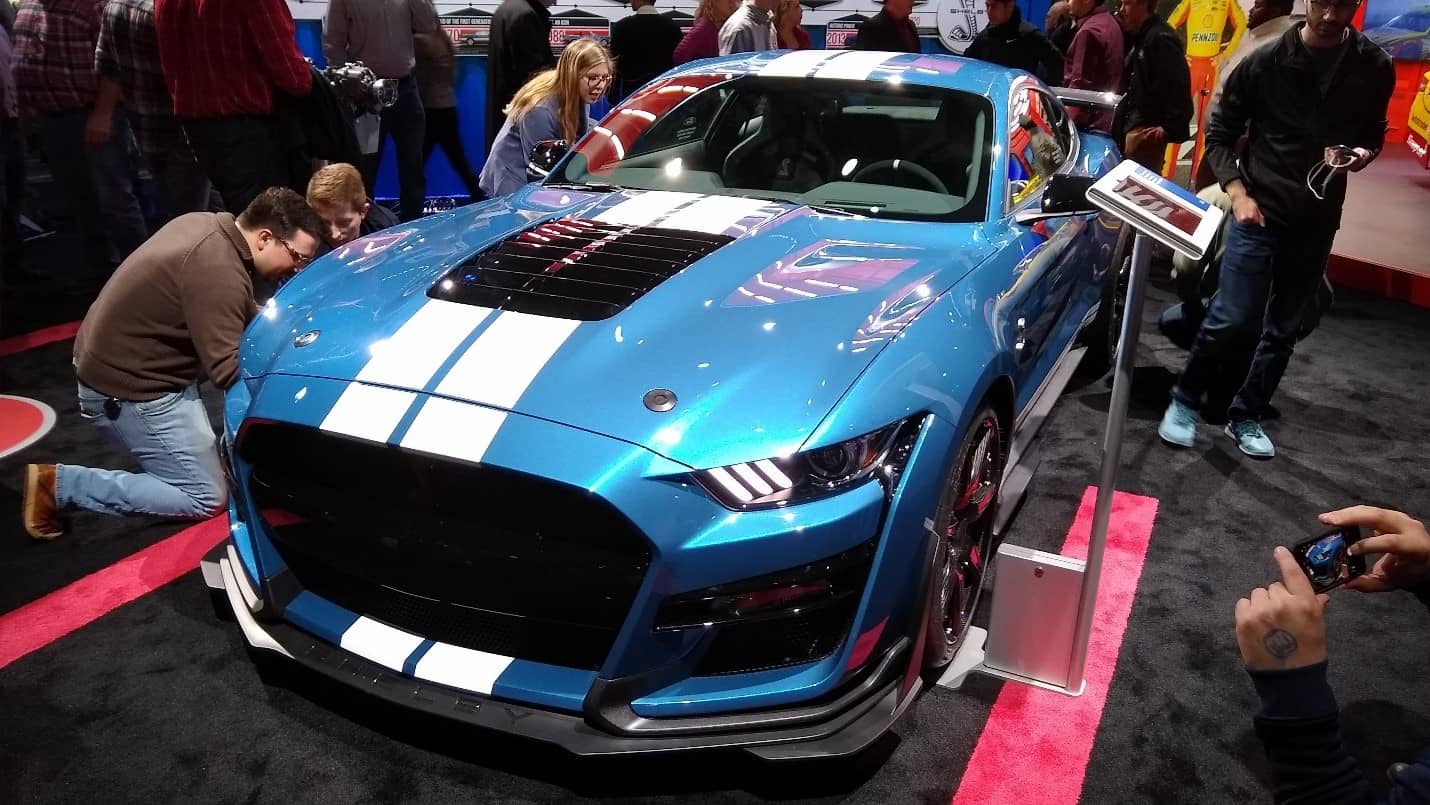 The 2020 Ford Shelby Mustang GT500 – with a menacing mug to match its hellacious horsepower.

None of this is to suggest that NAIAS is a disappointment this year. There’s still lots to see. Ford Motor Company’s trucks and SUVs are front-and-center at the Blue Oval’s booth. The reintroduced Ranger pickup gets the prime real estate, but it’s the all-new Ford Explorer getting the rave reviews from the press. My favorite, however, is the forthcoming Shelby Mustang GT500. The 700+ horsepower beast arrives for 2020 to battle the Demons and Hellcats of the world. Mr. Shelby would’ve been proud. 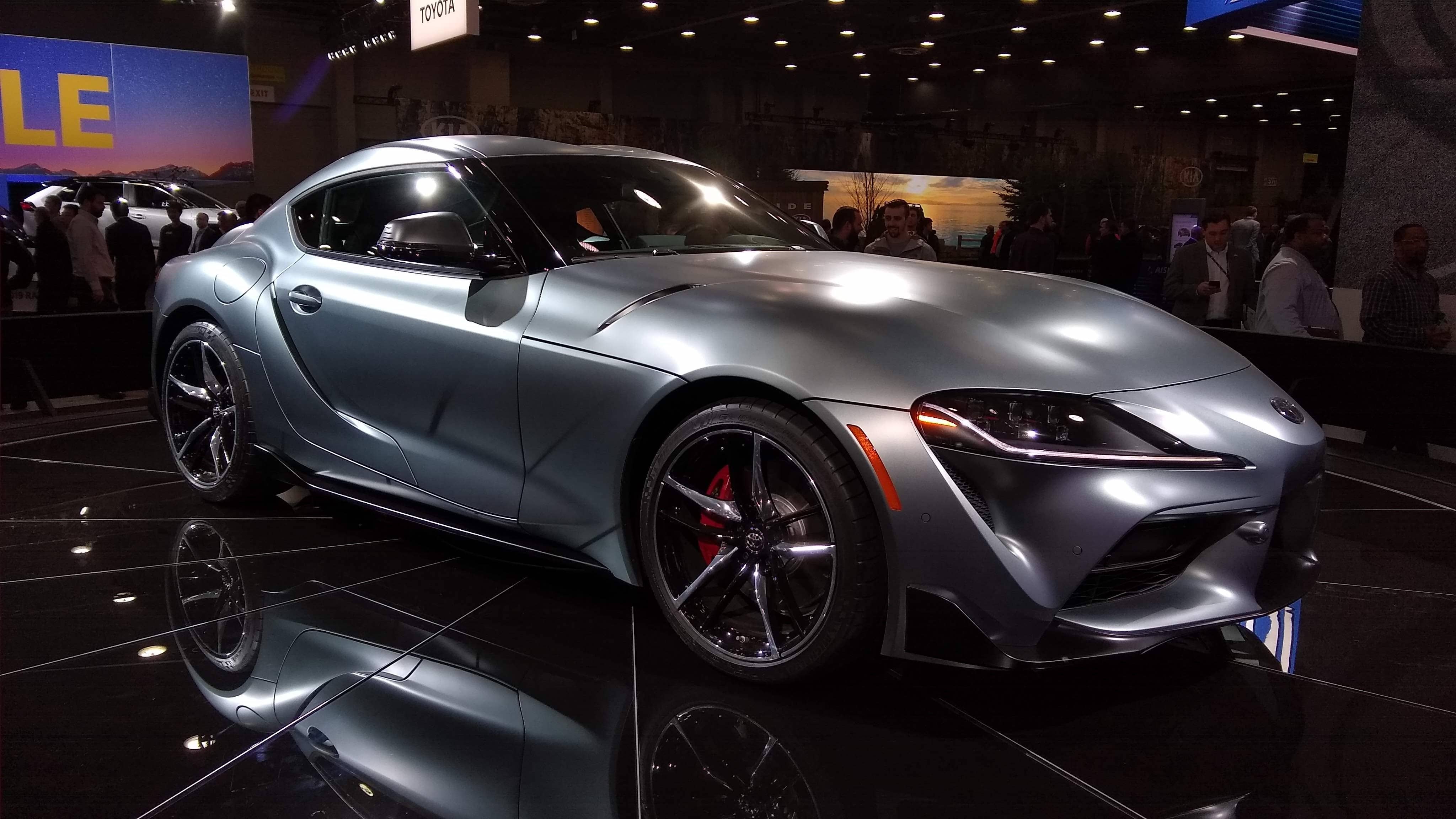 After an absence of nearly 20 years, the Toyota Supra returns for 2020.

Toyota grabs some of NAIAS’s biggest headlines with the return of its Supra sports car, not seen since the fourth generation ended production in 2002. Purists may be irked that many of the Supra’s makings – including its 3.0-liter straight-six – are of BMW lineage, but the look is all Toyota. One can even see a little 2000GT in its lines. Start saving now, as prices are expected to start just north of $50,000. 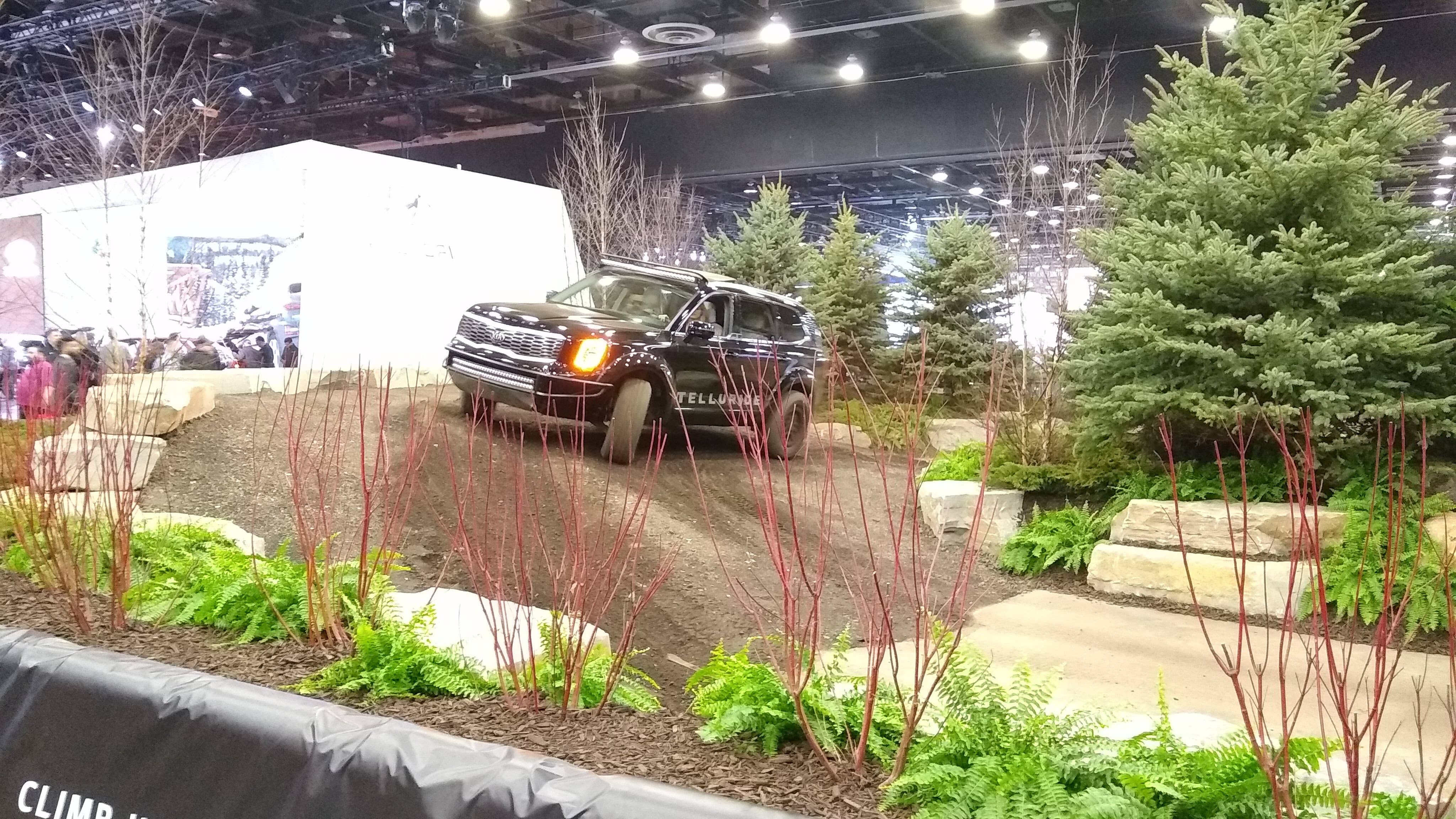 With gas prices low again, Americans have fallen back in love with their SUVs and crossovers. Kia answers the call with its new-for-2020 Telluride SUV, first previewed as a concept car at the 2016 NAIAS. The Telluride will be the largest vehicle in Kia’s lineup, with room for eight in its three rows of seating. Expect to see it in showrooms this May. 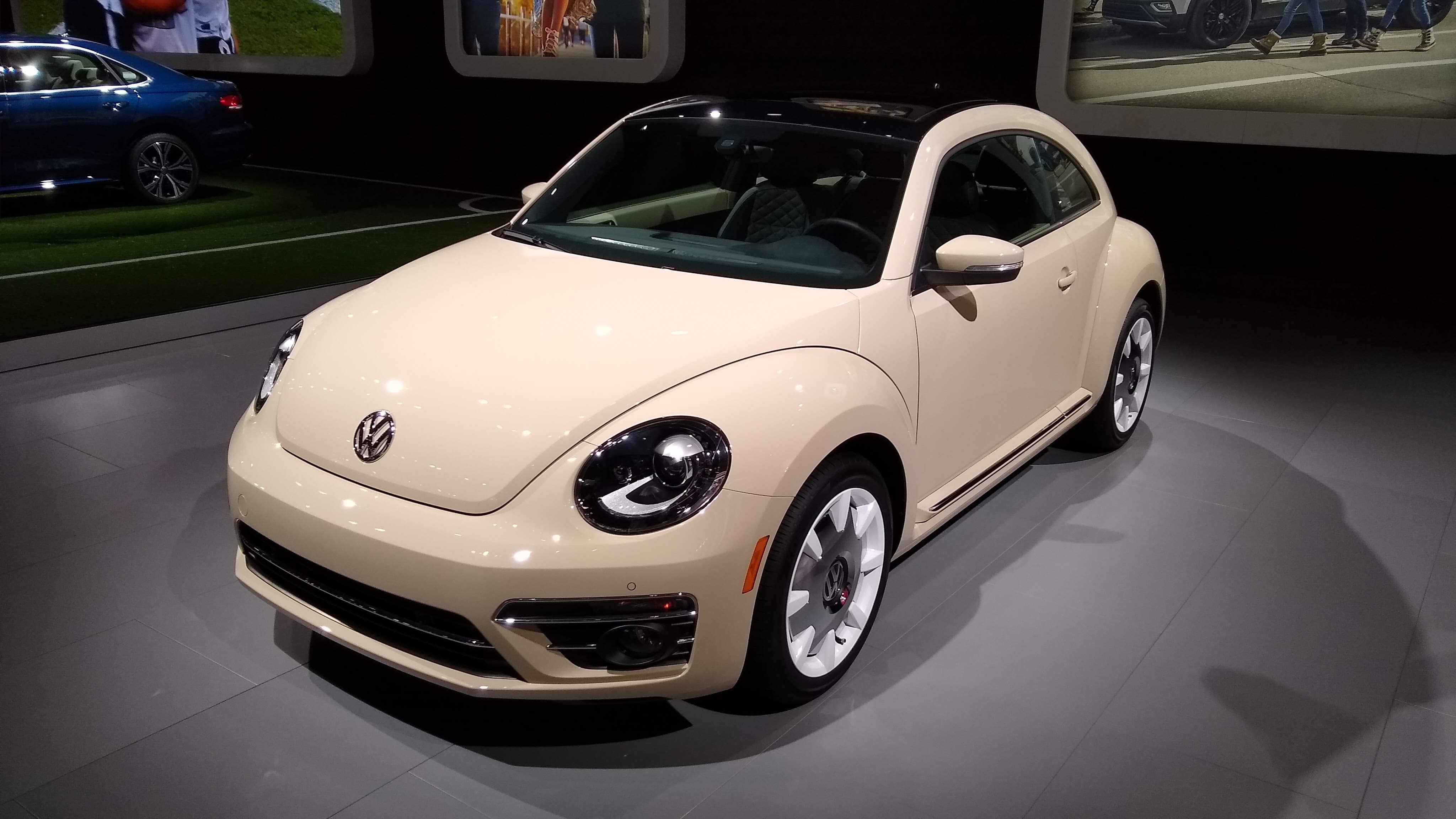 I love the pearlescent paint on this Volkswagen Beetle, though it would look even better with red, white and blue racing stripes and a big roundel on the hood.

Volkswagen has the inauspicious distinction of being the only European automaker with a major presence at NAIAS this year. True to form, though, the German marque has some of the show’s most imaginative displays. Several of its models are parked on a recreated soccer field, in celebration of VW’s sponsorship of the U.S. Soccer Federation. (Automakers have long-standing relationships with America’s pro baseball, football and basketball leagues, but VW becomes the first automotive company to serve as a presenting sponsor for U.S. Soccer.) The company’s interactives are good fun, too. Little ones will enjoy the touch screen coloring “books” that allow them to paint Beetles in any number of groovy colors – accessorized with flowers and peace symbols, of course. 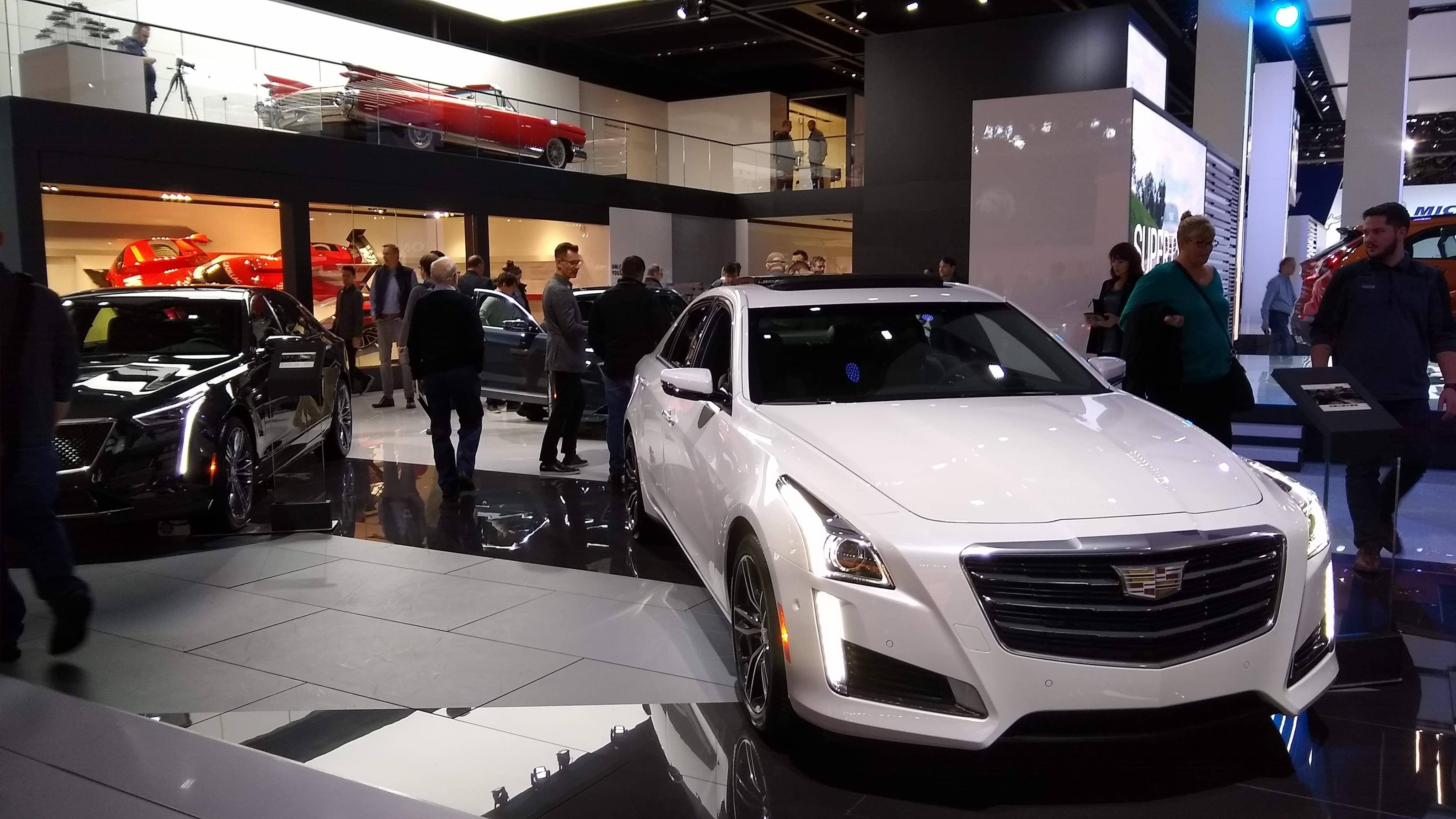 Harley Earl’s shadow hangs over Cadillac – in this case in the form of a high-finned ’59 Caddy perched above a modern CTS-V.

Sad to say, traditional three-box sedans are fading fast in Detroit. Ford and Chevrolet both have announced plans to all but end sedan production (not including specialty models like Mustang and Corvette, of course). Cadillac seems headed in that direction, too. The upmarket carmaker’s big debut this year is the 2020 XT6, a three-row SUV that might replace the full-size CT6 sedan in Cadillac’s North American lineup. The company’s ATS and CTS sedans are set to bow out this year as well.

NAIAS 2019 may feel a bit lower-key than other recent editions, but there’s still plenty to enjoy. In fact, I recommend that you spend some extra time soaking up the sights and sounds at this year’s show. After all, we’ve got a 17-month wait until the next one!