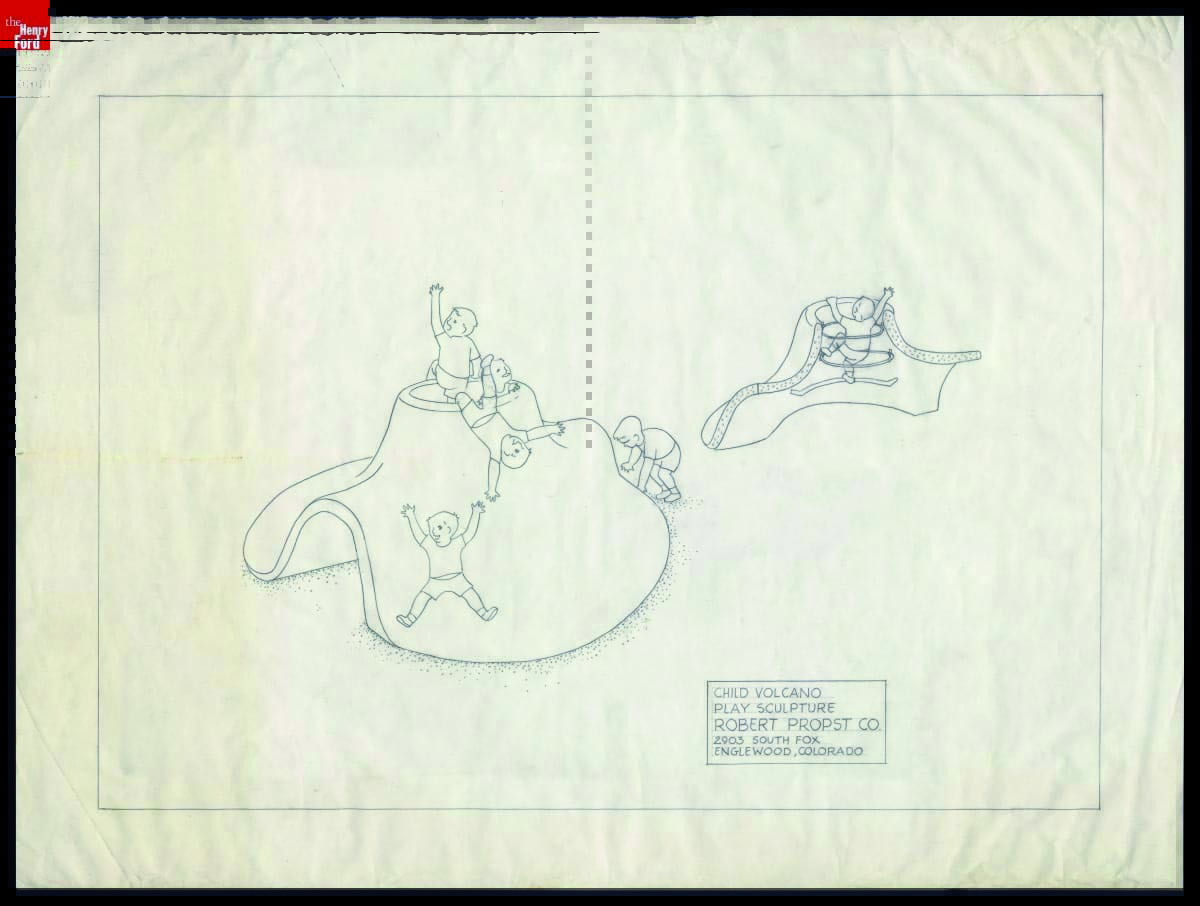 Designer Robert Propst was best known for leading Herman Miller’s development of the Action Office cubicle system. In the mid-1950s, though, he created a number of toy designs, including the Fun Sticks game, a Fun Duck scooter, and the Fun Swing—a piece of playground equipment safety experts might cringe to see in action today.

In 1958, Propst drew up designs for playground sculptures cast in fine cement—no sharp corners in sight—covered in red, yellow, and blue plasticized paint. Park plans show the curiously labeled “Child Volcano” nestled between slides and biomorphic hide-and-seek structures. Inside the volcano’s hollow core, ladder rungs allowed children to climb out the top and tumble down its sides like flowing magma. 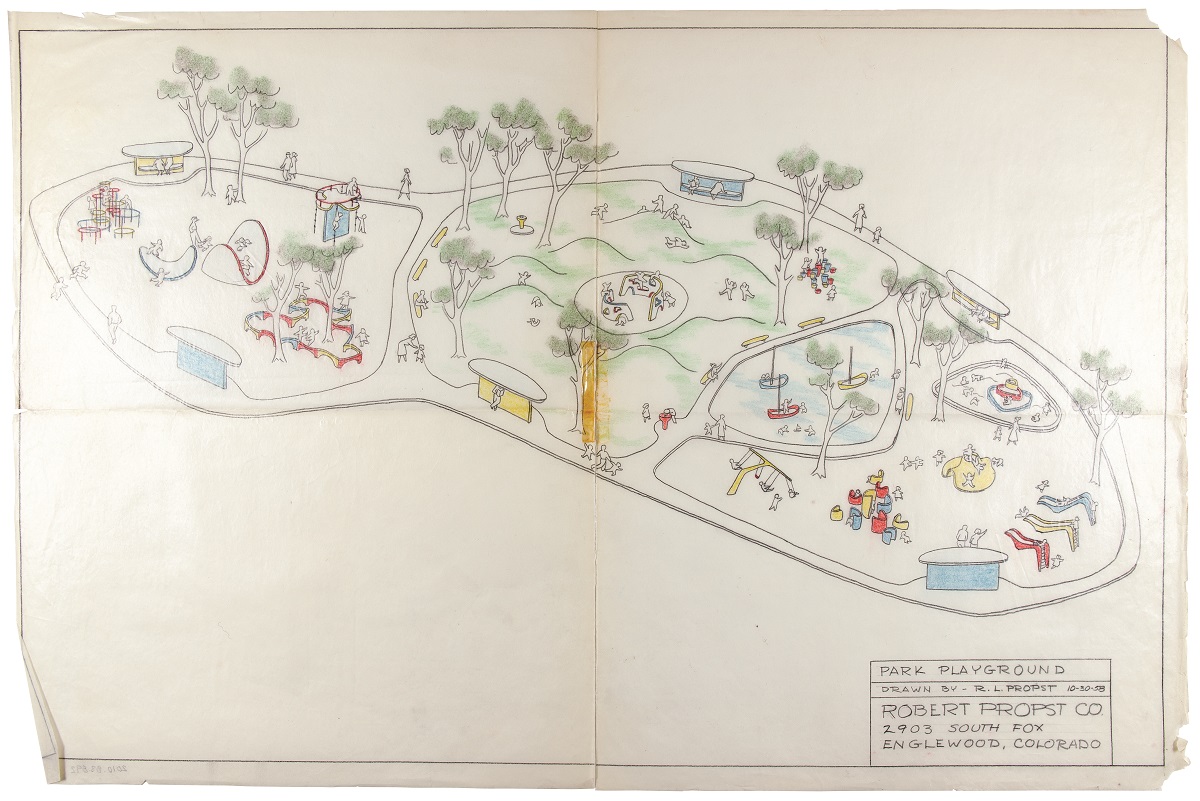 Playgrounds seem to contrast with the controlled systems Propst is celebrated for. However, this approach—proposing a spectrum across structured activity and free exploration—not only encouraged creative thinking paramount to learning and growth but informed his vision for flexibility and problem-solving in the office.


Kristen Gallerneaux is Curator of Communications & Information Technology at The Henry Ford. This post was adapted from an article first published in the June–December 2021 issue of The Henry Ford Magazine. 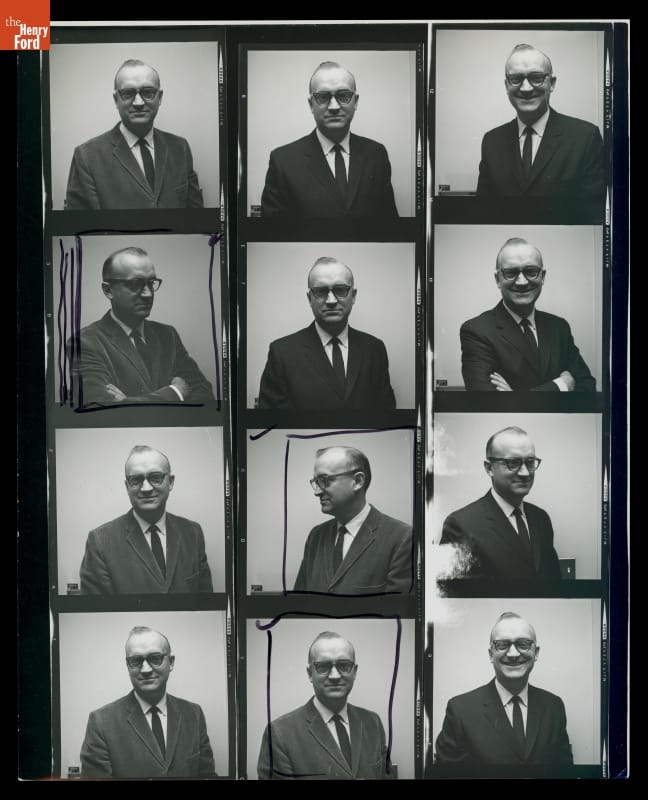 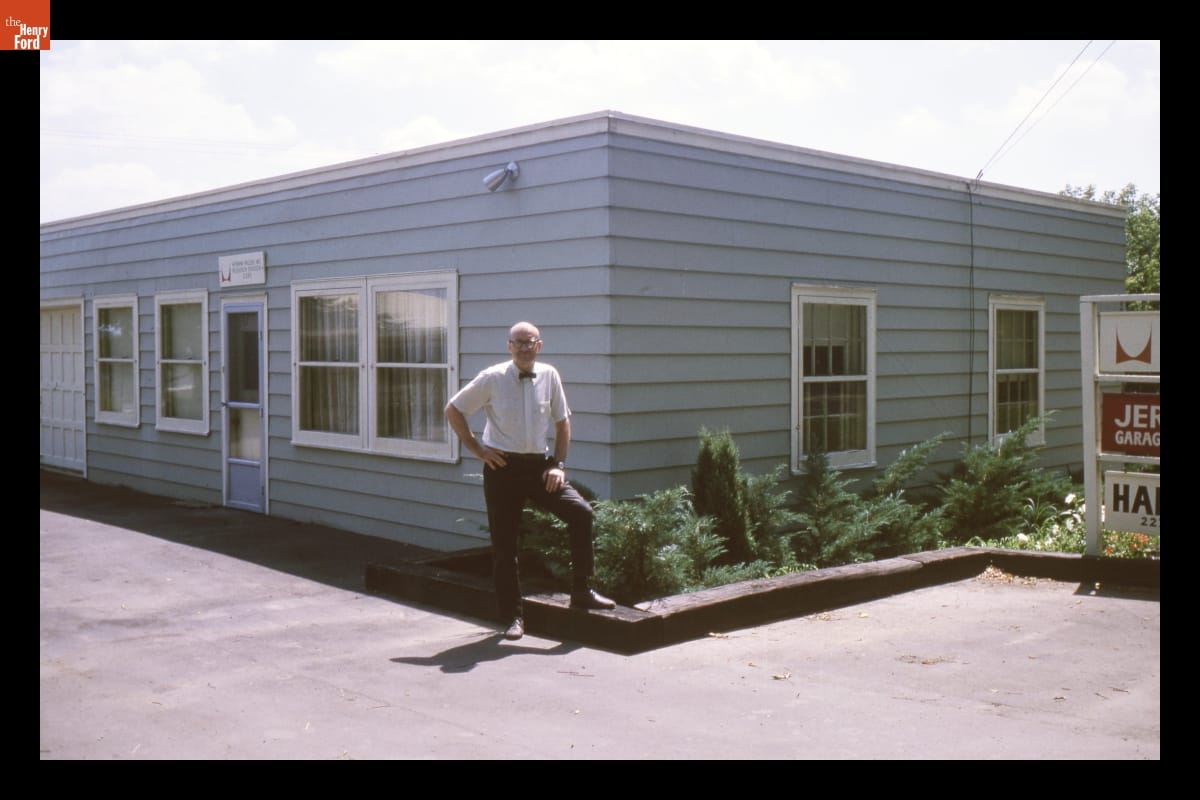 Propst wasn’t always a designer of “things” but of situations. He attacked issues from the reverse, finding clues in the algorithms of human behavior working in high-stakes spaces. How did people move while working? Where was time being spent? Wasted? How can we support safety? Privacy? Collaboration? The physical solutions he engineered encouraged ideas of access, mobility and efficiency. His modular approach to office landscapes was intended to have a 1 + 1 = 3 effect. Which is to say that by implementing physical change, “knowledge” workers could then springboard off an improved relationship with their workspaces, which were suddenly more hospitable to launching new ideas, productive workflows and transformative projects. 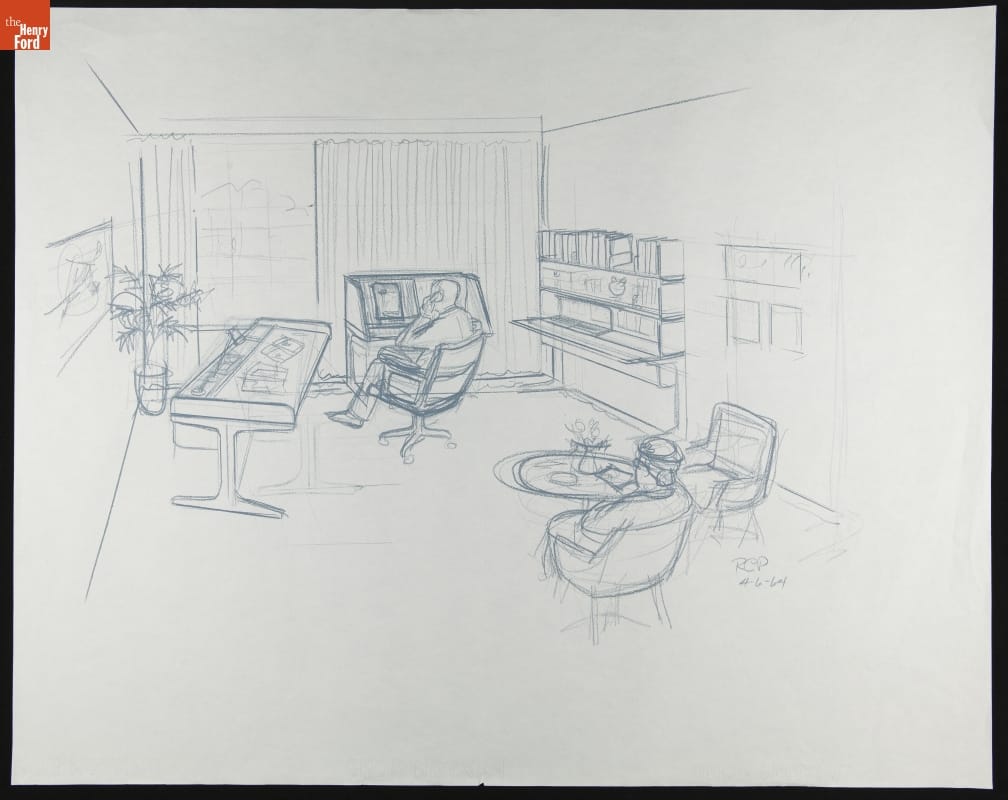 - The proliferation of the office cubicle is almost single-handedly due to the introduction of the Action Office II system in 1968. Unfortunately, the mobile aspect of Action Office became rooted to the floor, quite literally. Large businesses filled their buildings with Action Office (or its various knock-offs) to create Dilbertesque “cubicle farms.”

Cutting up the Cube

Originally published in the January-May 2013 edition of The Henry Ford Magazine.

Ever have an idea that just got away from you? Things started out with the best intentions in mind, and then before you knew it, a perfect storm carried your idea away, along with all of those good intentions? That's the story behind the office cubicle we all love to hate and its underappreciated designer, Robert Propst.

Before it was known as the cubicle, it was called the Action Office System. Propst invented the concept in the 1960s after intense study of how "the world of work" operates. The Action Office debuted under the Herman Miller name in 1968 and literally transformed the nation's idea of the workplace.

"The name was intentional," said Marc Greuther, our chief curator here at The Henry Ford (we have an archived collection of Propst's work). "Propst believed in fluidity and movement. He had an active mind and wanted to create a space that wouldn't pen you in."

The Action Office System contained movable walls, shelves, stand-up desks and other modular components, like the Communication Center from our collections, pictured above.

"The idea was that everyone had a unique way of working," noted Greuther, "so Propst created an area that was highly customizable, allowing workers to transform their space in a way that best suited them."

Things started to go awry when the government began offering tax incentives to businesses for office expenses. Since the Action Office System's square cubicle could create the most workspaces in a single area - equating to the biggest tax break - it quickly became the Action Office option that sold best. And Propst became the unintentional father of the office-cube farm we know today.

"Propst attacked the things that attacked him," Greuther added. "He liked solving problems and had his hands in many areas, from toys and playground equipment to hotel carts." Propst, in fact, had more than 120 patented inventions to his name when he died in 2000.

"He is a truly underappreciated and under-recognized designer of our time."

To see more from the collections of The Henry Ford, take a look at other Robert Propst-related items in our Digital Collections.