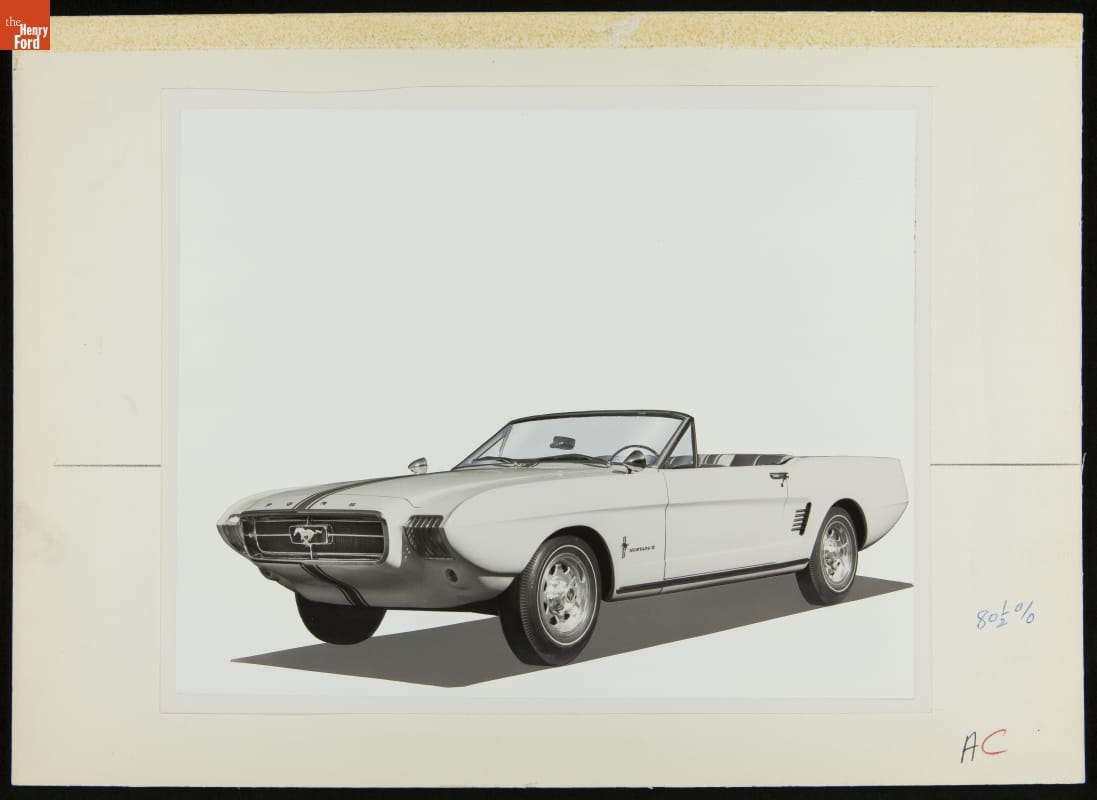 The 1963 Mustang II (not to be confused with the Ford Pinto-based production Mustang II of the 1970s) surely is one of the most unusual concept cars ever built. Industry practice (and common sense) tells us that an automaker builds a concept car as a kind of far-out “dream car” to generate excitement at car shows. Most never go past the concept stage, but a few do make it into regular production. (Chevrolet’s Corvette and Dodge’s Viper are notable examples.) The Mustang II previewed the production Ford Mustang we all know and love, but the concept car was designed and built after the production Mustang project already was well underway! Why? It’s a case of managing public expectations.

Most Mustang histories start with the 1962 Mustang I, but devoted pony fans know that Mustang I was an entirely separate project from the production car. Ford built the “Mustang Experimental Sports Car” (its original name – the “I” was a retrospective addition) to spark interest in the company’s activities. Ford was going back into racing and looking for a quick way to create some buzz about the exciting things happening in Dearborn. The plan worked a bit too well. When Mustang I debuted at Watkins Glen in October 1962, and then hit the car show circuit, the public went crazy and sent countless letters to Ford begging the company to put the little two-seater into production.

At the same time Mustang I was being built, another team at Ford was working on the production Mustang that would debut in April 1964. Mustang I’s popularity created a problem: Everyone loved the two-seat race car, but would they feel the same about the four-seat version? The solution was to build a new four-seat prototype closely based on the production Mustang’s design.

The new concept car wasn’t just based on the production Mustang’s design – it was actually built from a prototype production Mustang body. Ford designers removed the front and rear bumpers, altered the headlights and grille treatment, and fitted Mustang II with a removable roof. While the car looked different from the production Mustang, a few of the production car’s trademark styling cues were retained, including the C-shaped side sculpting and the tri-bar taillights. Mustang II also consciously borrowed from Mustang I, employing the 1962 car’s distinct white paint and blue racing stripes. Conceptually and physically, the four-seat Mustang II formed a bridge linking the 1962 Mustang I with the 1965 production car. Mustang II was a hit when it debuted at Watkins Glen in October 1963, and when the production version premiered six months later, there were few complaints about the four seats instead of two.

Fortunately, Mustang II is one “link” that isn’t “missing.” The Detroit Historical Society acquired the car in 1975 and has taken great care of it ever since.