“Weaving Winds” with the Theremin: Dorit Chrysler and KidCoolThereminSchool 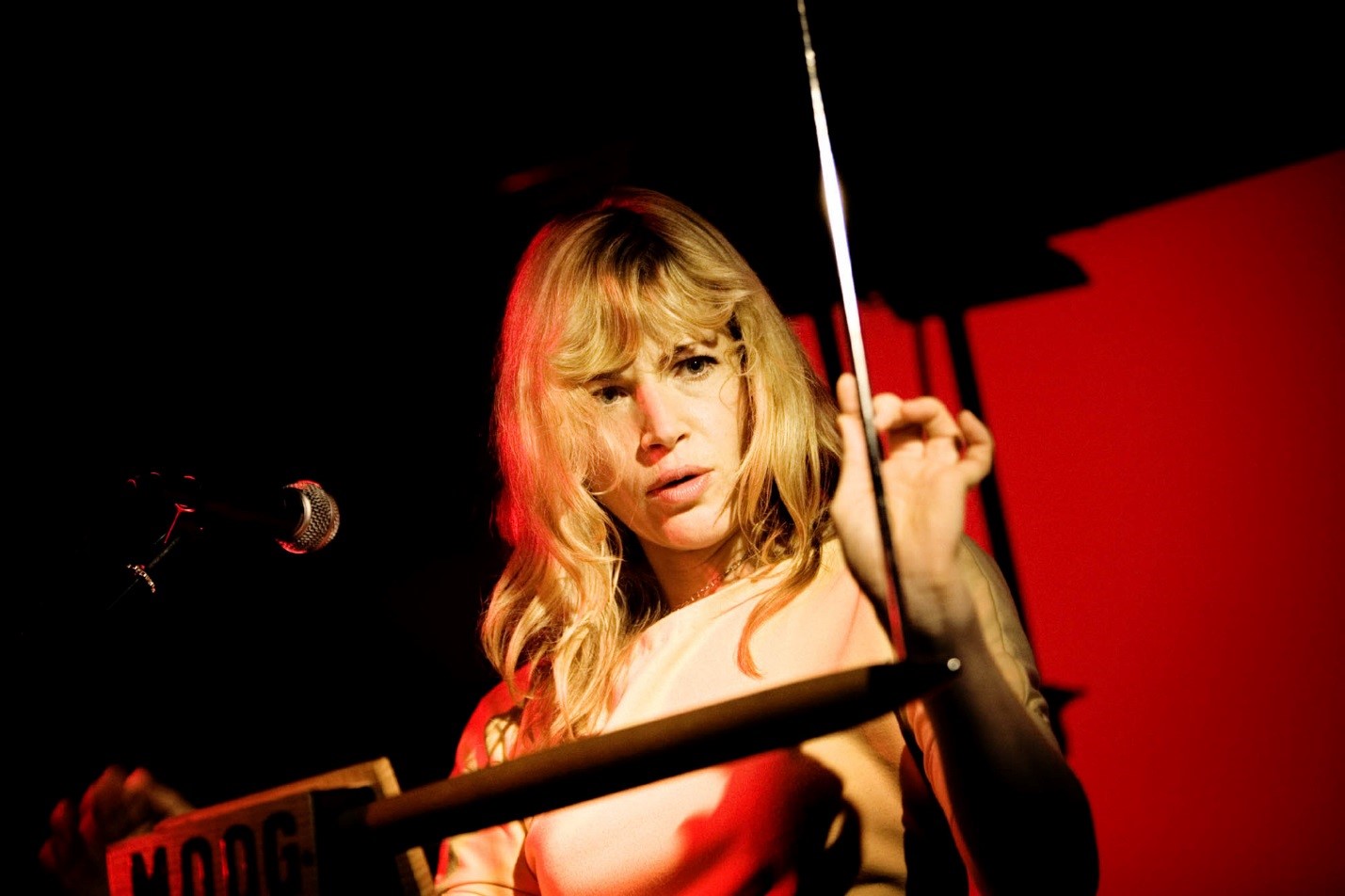 Strange sounds will soon float through the air at The Henry Ford. Ghostly, warbling, hypnotic sounds. Reverberations that might be described as pure science fiction—as seeming “out-of-this-world.” These provocative sounds will rise out of an instrument called the theremin, developed in 1920 by Russian and Soviet inventor Léon Theremin. Famously, it is one of the only instruments that is played without physically touching it, and is considered to be the world’s first practical, mass-produced, and portable electronic instrument. These instruments offer a deep range of sonic possibility; learning to play one is a stirring experience.

At Maker Faire Detroit, July 30-31, 2016, Dorit Chrysler will provide several theremin workshops with KidCoolThereminSchool, a workshop program “dedicated to inspire and nurture creative learning and expression through innovative music education, art and science.” On Saturday, youth workshops (ages 4-13) will be held on a first come-first served basis at 11am and 1pm, followed by an adult workshop (ages 14 and above) at 4pm. On Sunday, youth workshops will be held at 1pm, followed by an adult workshop at 4pm. Maker Faire attendees are encouraged to arrive early to guarantee a place in the workshop, as each session is limited to ten participants. Additional guests are welcome to observe the workshop and test a theremin afterwards. Workshops typically run 45mins to 1hour, and will be held in the upper mezzanine area in the Heroes of the Sky exhibit.

Dorit Chrysler is rarity in the realm of musical performance: she is one of the few theremin players in the world who is considered to be a virtuoso of the instrument. She has accompanied an impressive list of bands including The Strokes, and Blonde Redhead, Swans, Cluster, ADULT., Dinosaur Jr., and Mercury Rev. Additionally, as part of her visit to Maker Faire, Dorit will give a performance each day at 3:15pm in The Henry Ford’s Drive-In Theatre, followed by a short Q&A session.

Kristen Gallerneaux, our Curator of Communications and Information Technology, had the opportunity to speak with Dorit Chysler about theremins, her music career, and the importance of collaboration.

Can you explain, using a few key words or phrases—as fanciful as you want them to be—how the theremin sounds?
The granddaughter of the Lev Termen, the theremin's inventor once told me, you have to play the theremin with your soul - to me the sound at its best translates your slightest physical motions into a haunting & delicate soundscape, like weaving winds, tickled butterflies or howls to the moon, and yes, a theremin can sound exquisitely lyrical, but—at its worst, it can also sound like stepping on a cats tail.

How did your introduction to and love of the theremin as an instrument begin? What was your creative background before committing to the theremin?
Having studied musicology in Vienna, I had been an active composer and also played guitar and sang in a rock band - when encountering the theremin at a friend’s house, I was instantly touched by its unusual interface, dynamic potential, the quixotic efforts necessary in controlling its pitch -why had the theremin not been more popular? It clearly deserved more attention.

How can the presence of a theremin influence the structure of a song?
A theremin is surprisingly versatile - it can be applied in solo voicing (just like violin or guitar) or looping monophonic voices atop of each other, which creates a very unique weaving effect or dynamically in swoops and other gestural movements generated through its unique interface of motion translating into sound.

Are there any “quirks” to playing this instrument live?
Playing a theremin live can be a challenge, as circuitry, wind (outdoors) or Hearing Aid ‘Loop’ T-coil Technology in concert halls, just to name a few, can interfere with the instrument. In addition, if you don't hear yourself well onstage, it is impossible to play in tune—so if playing with other instruments, such as an orchestra or a band with drummers, it is a challenge that can only be mastered with your own mixer and an in ear mic. Needless to say, all of this does not contribute in making the theremin a more popular instrument, the technical challenge playing live is real but can be mastered. 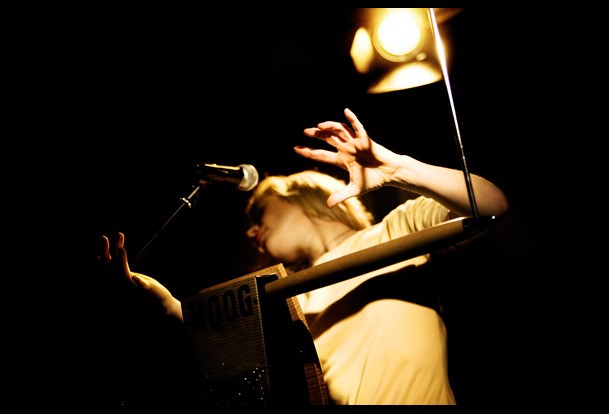 While commercial theremins are available via Moog Music, Inc., the theremin you sometimes play in your live shows doesn’t look like a commercial model. Is there a story behind who built it? Any special skills that creator may have had to work hard to learn in order to make the instrument a reality?
I own several different theremin models and sometimes play a Hobbs Theremin, created by Charlie Hobbs. This prototypes has hand-wound coils and a very responsive volume antenna which permits very dynamic playing.

What is the strangest setting in which you have played the theremin?
Many diverse settings seem to offer themselves to a thereminist. Some of my favorite ones have been: playing in front of Nikola Tesla's ashes, resting inside a gold ball sitting on a red velvet pillow at the Tesla Museum in Belgrade, or inside an ancient stone castle ruin, atop a mountain in Sweden, or on a wobbly boat off Venice during sunset and with creaming ducks, at the Carnival in Brazil on a busy street filled with dancing people, and finally, a market place in a small town in Serbia, when an orthodox priest held his cross against the theremin to protect his people from "the work of the devil." 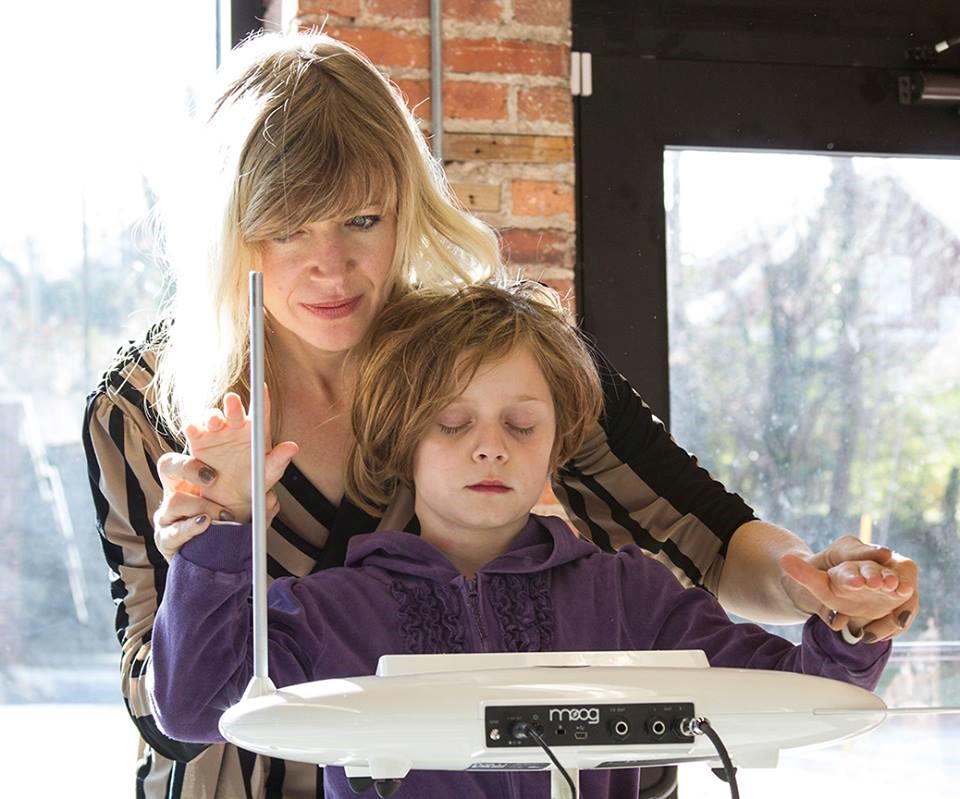 Could you talk a little about the importance of collaboration, and perhaps talk about a project that you are especially fond of where collaboration had a key role?
I strongly believe in collaboration—its challenges and the new and unforeseen places it may take you. My biggest challenge this year has been playing with the San Francisco Symphony orchestra, to be surrounded by a sea of acoustic instruments sounded incredible and was a great sonic inspiration. We all had to trust each other and some of the traditional classical musicians of the ensemble eyed the electric theremin with great suspicion!  Also I enjoyed playing with Cluster, stone cold improvising together onstage, or with a loud rock ensemble, filling the main stage at Roskilde festival with Trentemoeller, looking at a sea of thousands of people. This Fall I am committed to projects in collaboration with a project in Detroit with the band ADULT., a French band called Infecticide (they remind me of a political French version of Devo), a children’s theremin orchestra, and a theremin musical production for Broadway. Stylistically a theremin can fit in nowhere or anywhere, which opens many doors of collaboration

Can you tell us a little bit about how KidCoolTheremin school began? What other sorts of venues have you travelled this program to?
KidCoolThereminSchool began very organically, when children and adults were so eager to try the theremin themselves after concerts. I developed a curriculum and started classes at Pioneerworks, a center for art and science in Red Hook, NY. We were supported by Moog Music in Asheville, NC, where I had been teaching students over the course of six months.  KidCoolThereminSchool has been going global ever since, we have had sold out classes in Sweden, Switzerland, Detroit's MOCAD, Houston, NYC, Moogfest, Vienna, and Copenhagen. This fall, KidCoolThereminSchool will go to Paris and Berlin as well as free classes in Manhattan as part of the "Dame Electric" festival in NY, Sept. 13-18th. 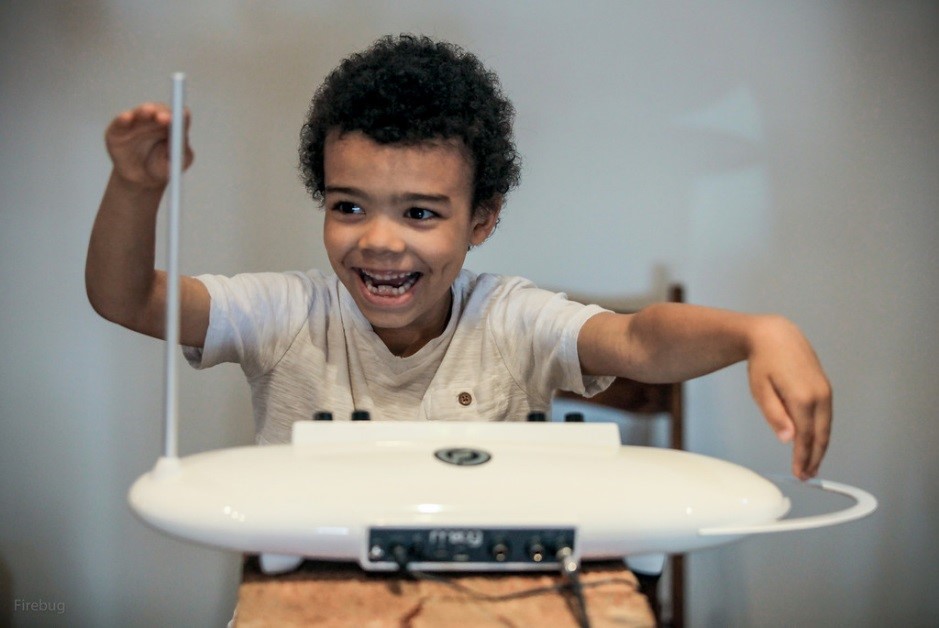 Why is it important for young people and new adult audiences to have the chance to try a theremin?
Ever since its inception, the theremin as a musical instrument has been underestimated—it merely hasn’t found its true sound as of yet. In this age of technology, a theremin's unique interface of motion to sound, seems contemporary and accessible. Amidst a sea of information, the very physical and innovative approach to different playing techniques can allow each player to find their own voice of expression, learning to listen and experiment, to train motorics and musical skills in a playful and creative way.

What can people expect to learn at the KidCool workshops at Maker Faire?
Due to time restrictions, we will offer introductory classes on the theremin. We will go through the basics of sound generation—and ensemble playing is sometimes all it takes for someone to get inspired in wanting to dive further into the sonic world of the theremin.

Is there anything you are particularly excited to see at the museum?
Yes, the collection apparently holds two RCA theremins. They are currently not on display but we (the NY Theremin Society, which I cofounded) would very much like to help examine and determine what it would take to operate these instruments one day, and to even play them in concert at the museum in the future. For a long time now I wanted to see the permanent collection of The Henry Ford!