Actually, the Tri-Motor of this story wasn't small at all. The all-metal airplane was rugged, dependable and equally adaptable to passenger and freight service. Built by Ford Motor Company from 1926 to 1933, the Ford Tri-Motor flew in many early American airline fleets and became the most popular airliner of the late 1920s and early 1930s.

In all, 199 Tri-Motors were built during its seven-year production run. Over the course of their lives, many of the planes found varying uses, including the 48th Tri-Motor built, purchased in 1928 by Reid, Murdoch & Company. The manager of the sales department for Ford's Lincoln division, Arthur Hatch, had completed the sale of the plane while traveling by train with the president of Reid, Murdoch, & Company. The Chicago-based company had big plans for their Tri-Motor and turned its interior into a showroom for their Monarch Foods brand. A few of the canned items stocked on the plane included sweet pickles, peanut butter, popcorn, toffees, sardines, peas, asparagus, lima beans and corn. 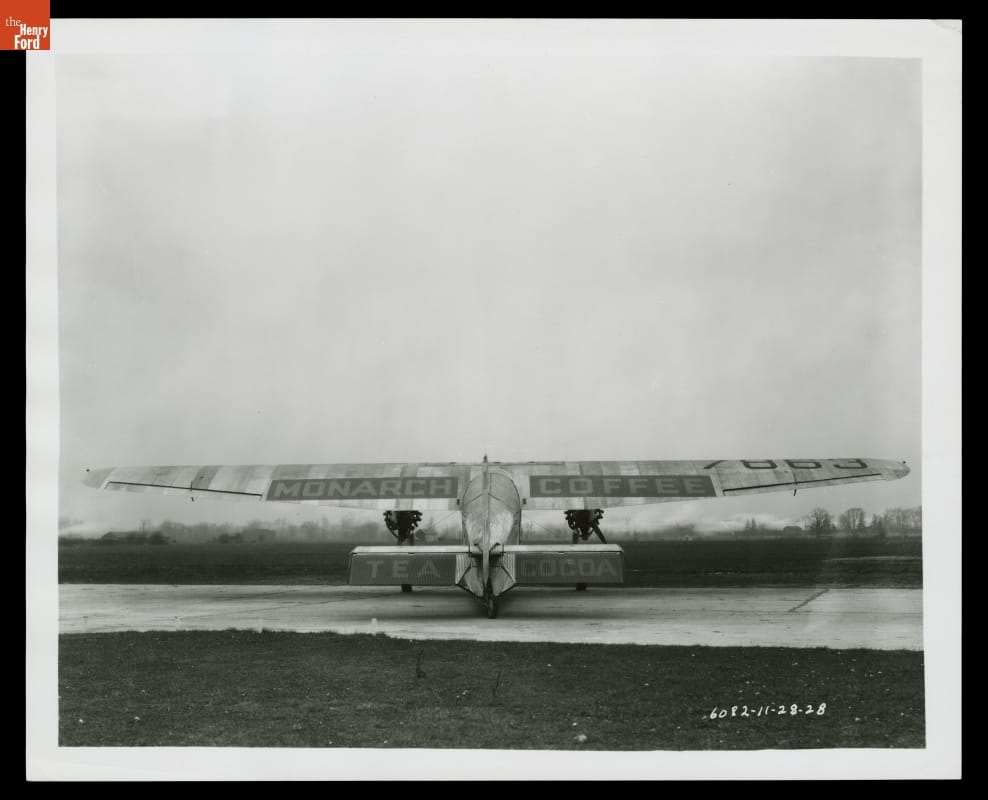 When it came time for the delivery of the Tri-Motor, the president of Reid, Murdouch & Co. insisted on coming to the Dearborn, Michigan, plant to personally turn the check over to Arthur Hatch. Named "Independence," the modified plane began its life as a flying salesroom, carrying samples of over 200 different food products to airports throughout the country. Occasionally, Monarch's pint-sized advertising characters, "The Teenie Weenies," also accompanied the plane on its stops. 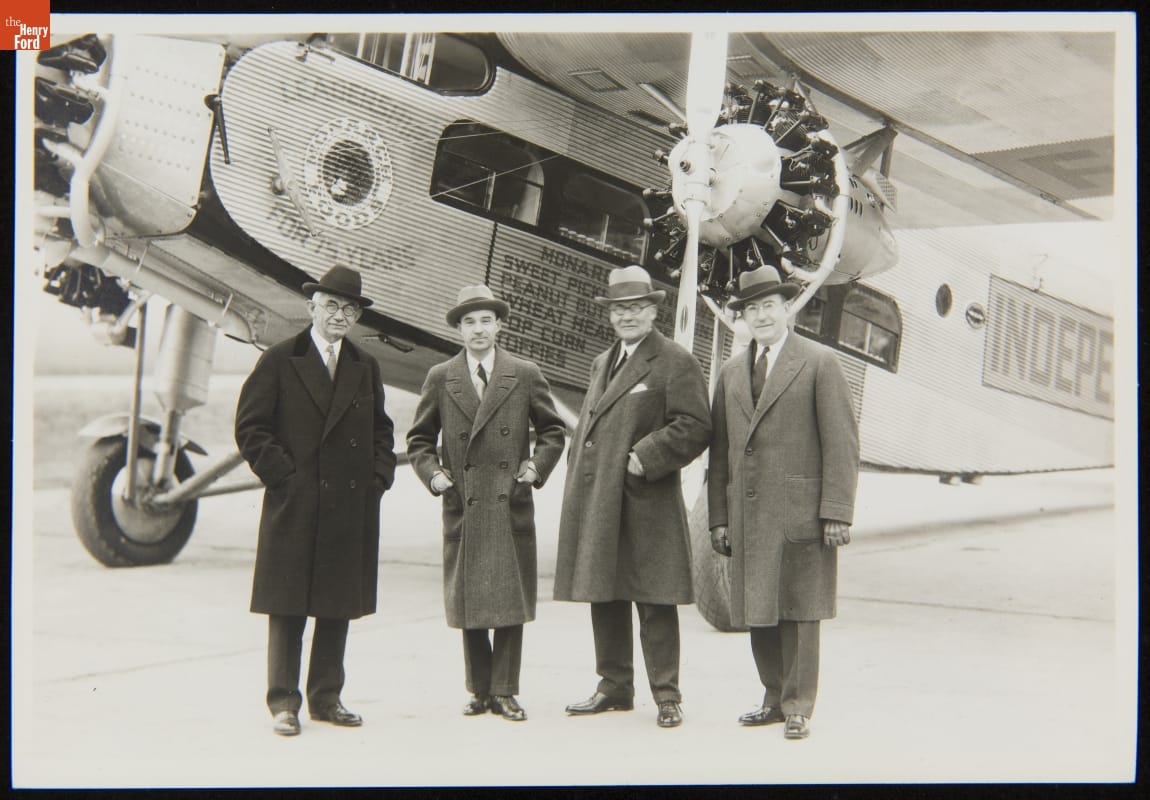 The Teenie Weenies, a popular comic strip created by cartoonist and author William Donahey, began appearing in the Chicago Tribune during 1914. The adventures of the 2-inch tall "Teenie Weenies" took place in a town made-up of buildings created from recycled household products like shoes or food containers. In 1924, the Chicago Tribune discontinued the comic series allowing Reid, Murdoch & Co. to take advantage of the characters for use in advertising their Monarch Foods brand. In the company's advertisements, the cartoon characters used Monarch food containers for their buildings. On occasion, real-life examples of the characters (child actors) made appearances with Monarch's Tri-Motor. 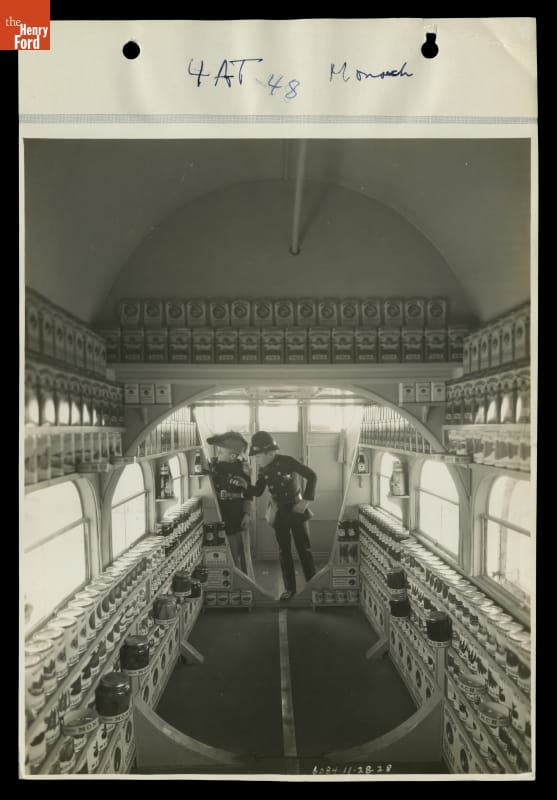 "The General" and "The Policeman" inspect the Ford Tri-Motor known as the Independence. THF94917

Besides the Ford Tri-Motor, the Teenie Weenies have another Michigan connection. On the shores of Lake Superior, east of Pictured Rocks National Lake Shore, sits a tiny town that goes by the name of Grand Marais. In the mid-1920s, Reid, Murdoch & Co. built William Donahey a summer cabin there. Inspiration for the building came right from Donahey's Teenie Weenies comic strip. The result – a building in the shape of a pickle barrel – today welcomes visitors as the Pickle Barrel House Museum.