Looking to add some adrenaline to your next virtual meeting? Try the new backgrounds below, taken from Driven to Win: Racing in America, presented by General Motors. These images feature some of the exhibition’s iconic race cars, including the 1965 Goldenrod and the 1967 Ford Mark IV.

If you want even more background options, you can download any of the images of our artifacts from our Digital Collections. Our racing-related Digital Collections include more than 37,000 racing photographs, 400 three-dimensional artifacts (including race cars!), and nearly 300 programs, sketches, clippings, and other documents. Beyond racing, this collection of backgrounds showcases some views from Henry Ford Museum of American Innovation, Greenfield Village, and the Ford Rouge Factory Tour.

These links will give you instructions to set any of these images as your background on Zoom or Microsoft Teams. 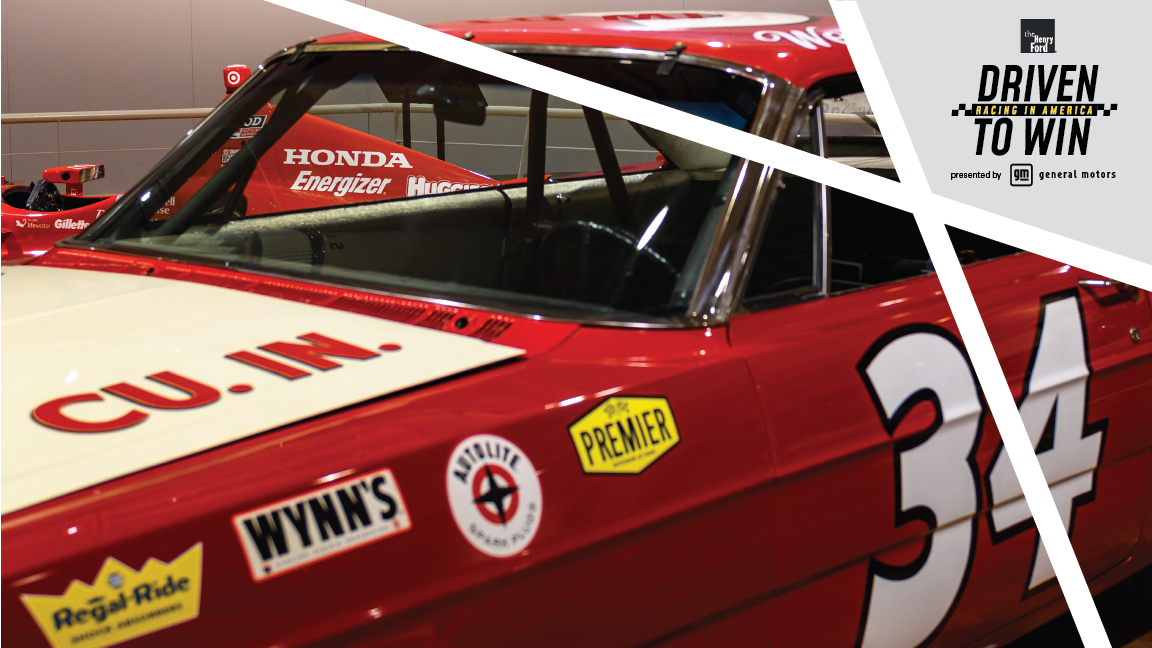 Driven by Dan Gurney and A.J. Foyt, the Ford Mark IV won the 24 Hours of Le Mans in 1967, beating the second-place Ferrari by 32 miles at a record-breaking average speed of 135.48 miles per hour. Also featured here is the 1958 car Bobby Unser used to win the Pikes Peak Hill Climb seven times from 1959-1968. (Vehicle on loan courtesy Bobby and Lisa Unser.) 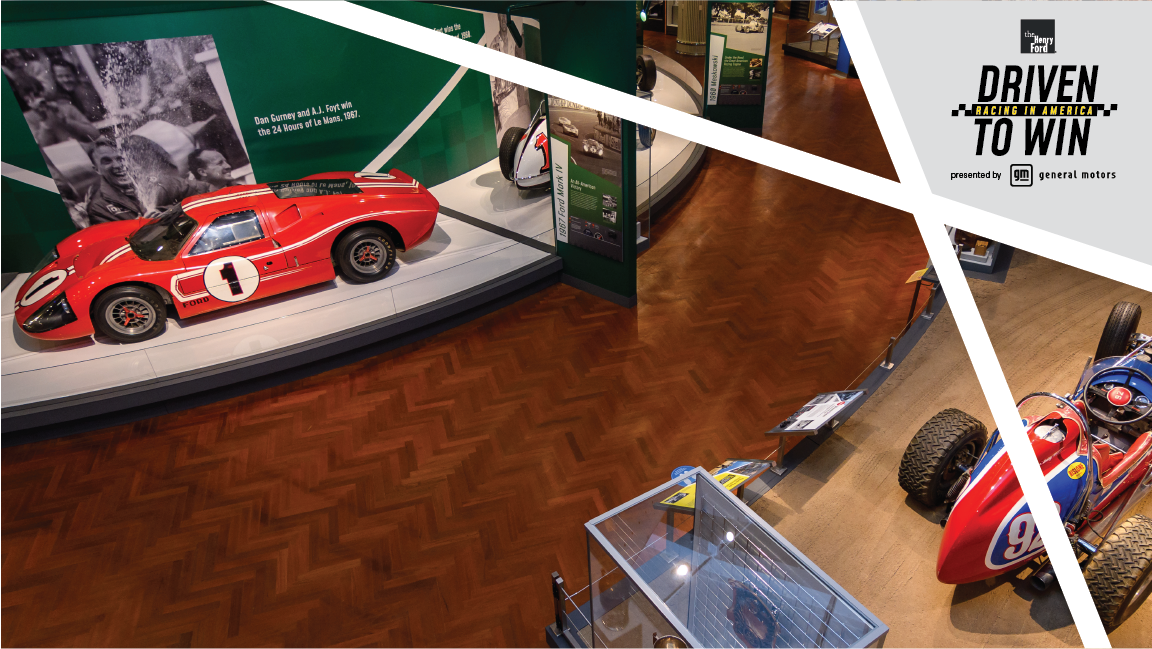 The Goldenrod set a new land speed record for wheel-driven cars (which it held till 1991) at Utah’s Bonneville Salt Flats in 1965, while the 1951 Beatty Belly Tank Lakester was crafted from the external fuel tank of a World War II fighter plane. 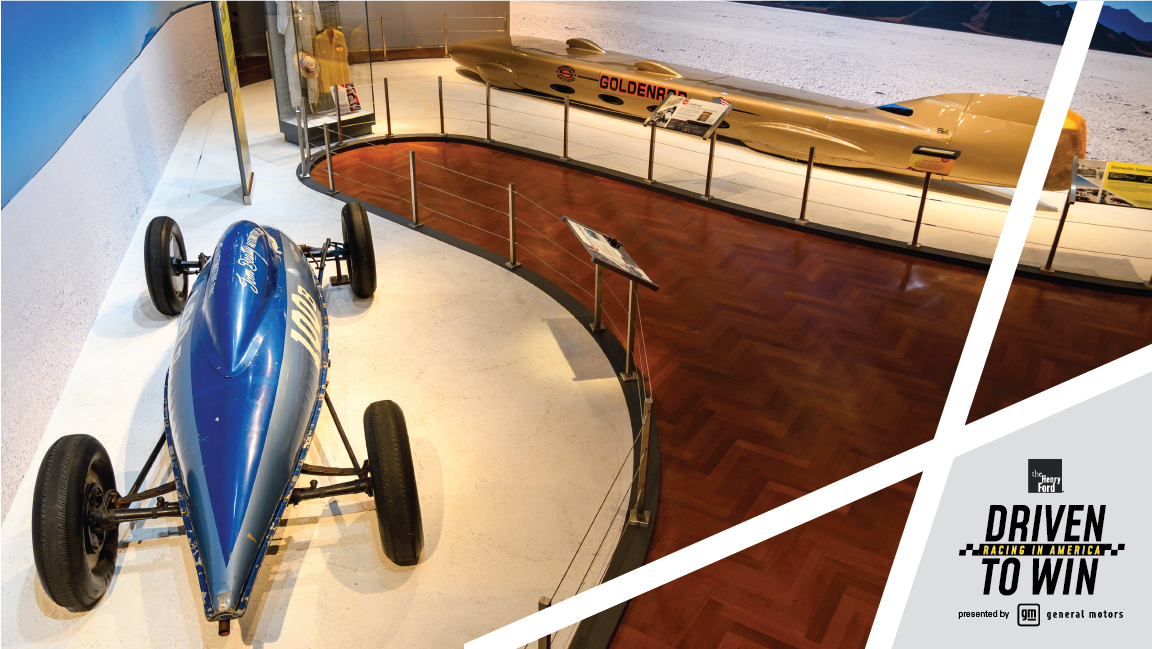 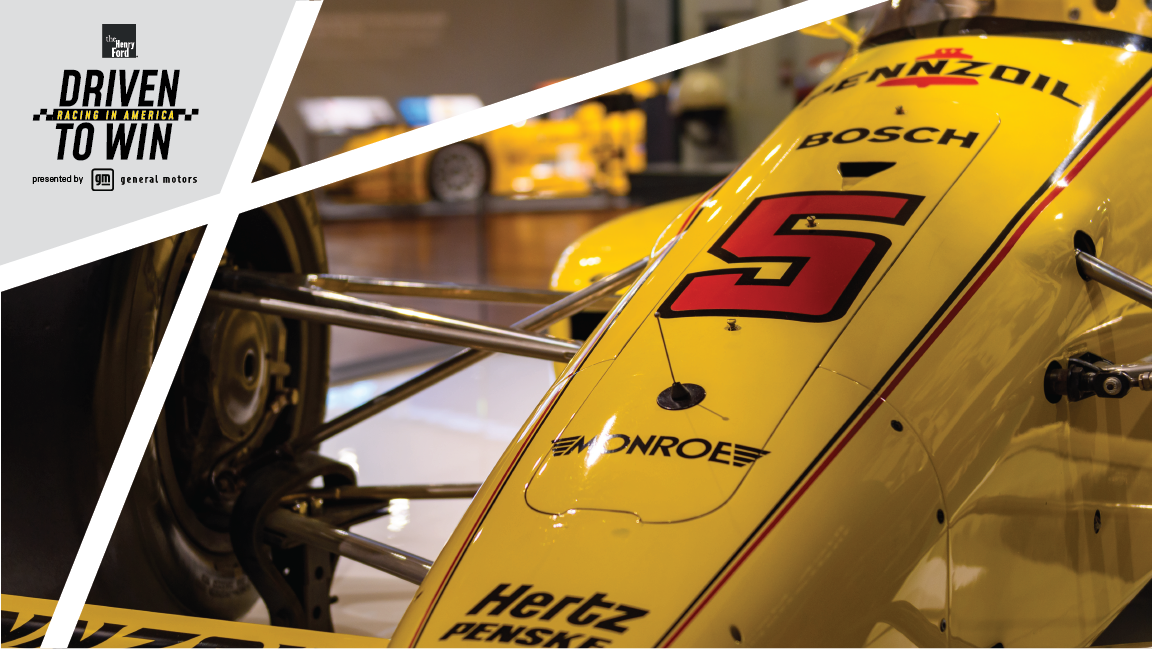 Bruce Wilson is Head of Marketing, Matt Anderson is Curator of Transportation, and Ellice Engdahl is Digital Collections & Content Manager at The Henry Ford.