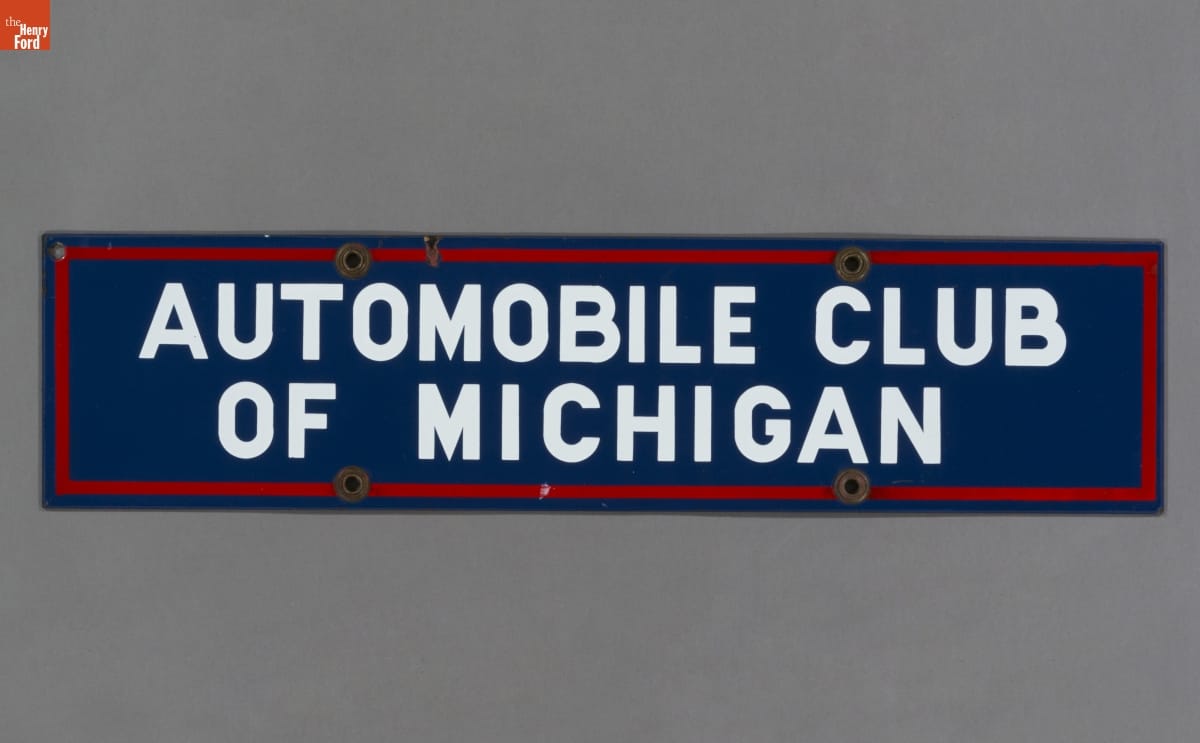 It was my privilege to take over The Henry Ford’s Twitter feed for a while on the morning of May 14. Our theme for the day was "Be Empathetic." To me that means "be helpful and supportive," and those attributes remind me of early auto organizations like the Automobile Club of Michigan, founded in 1916. The Automobile Club of Michigan is one of several regional organizations that joined the American Automobile Association. Over the years, AAA’s work has included advocating for better roads, providing roadside assistance to stranded motorists, encouraging traffic safety generally – particularly near schools, and promoting tourism and travel by car throughout the United States. During my Twitter session, I shared several AAA items in the collections of The Henry Ford.

To the Rescue on the Road 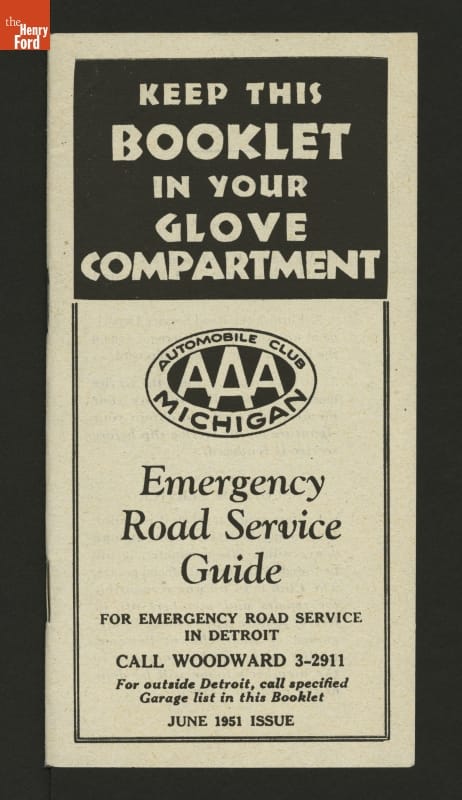 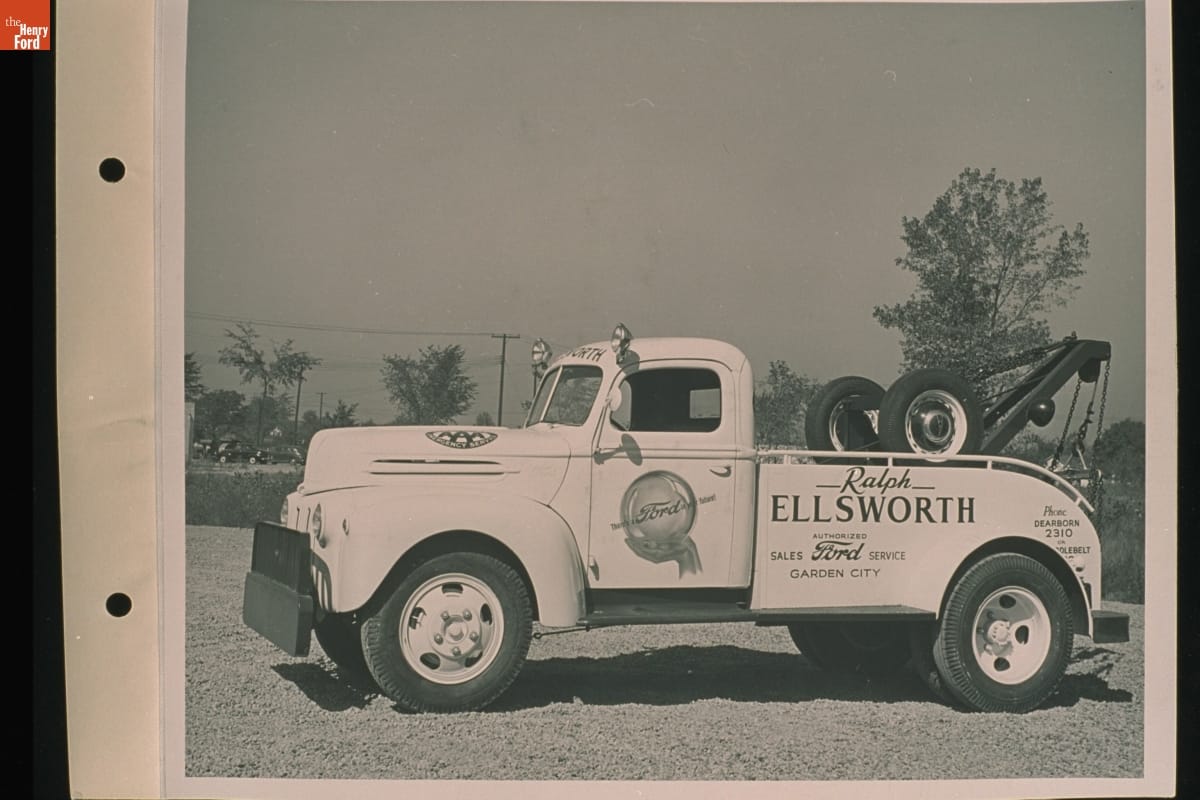 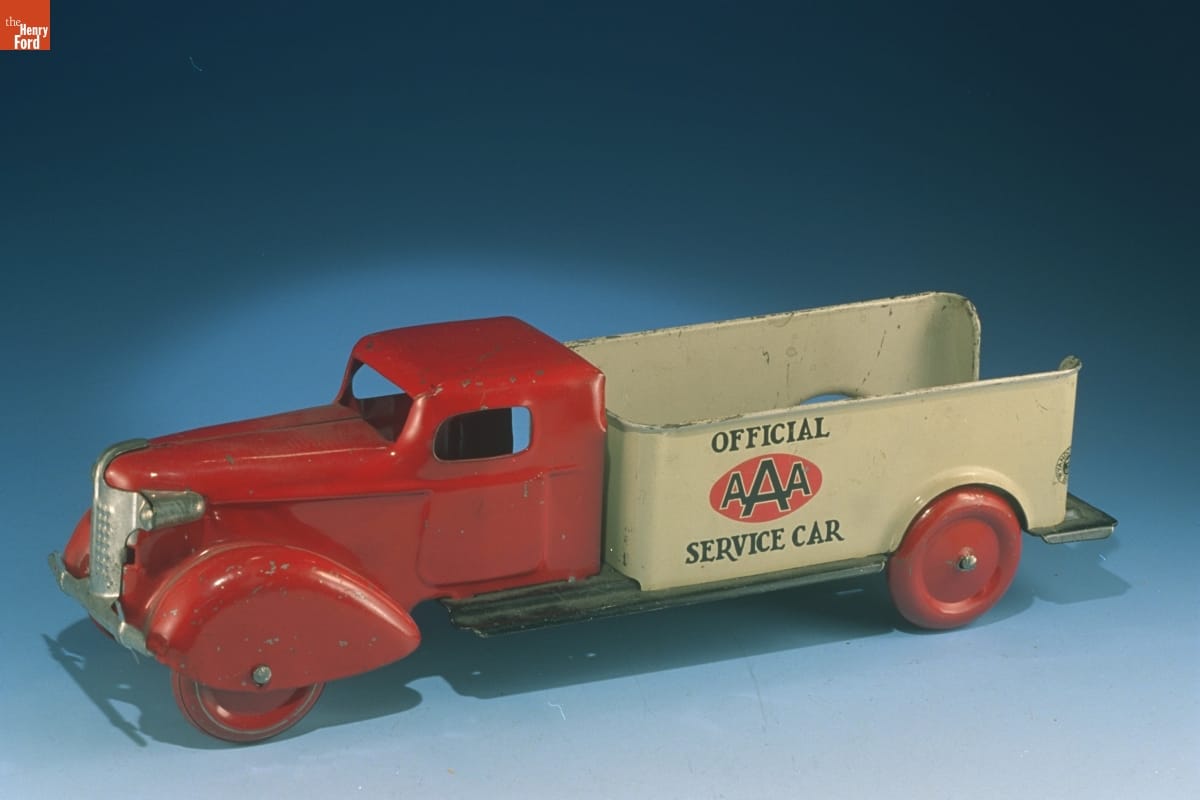 Children could play their own "roadside assistance" games with a toy truck like this one, made circa 1940. 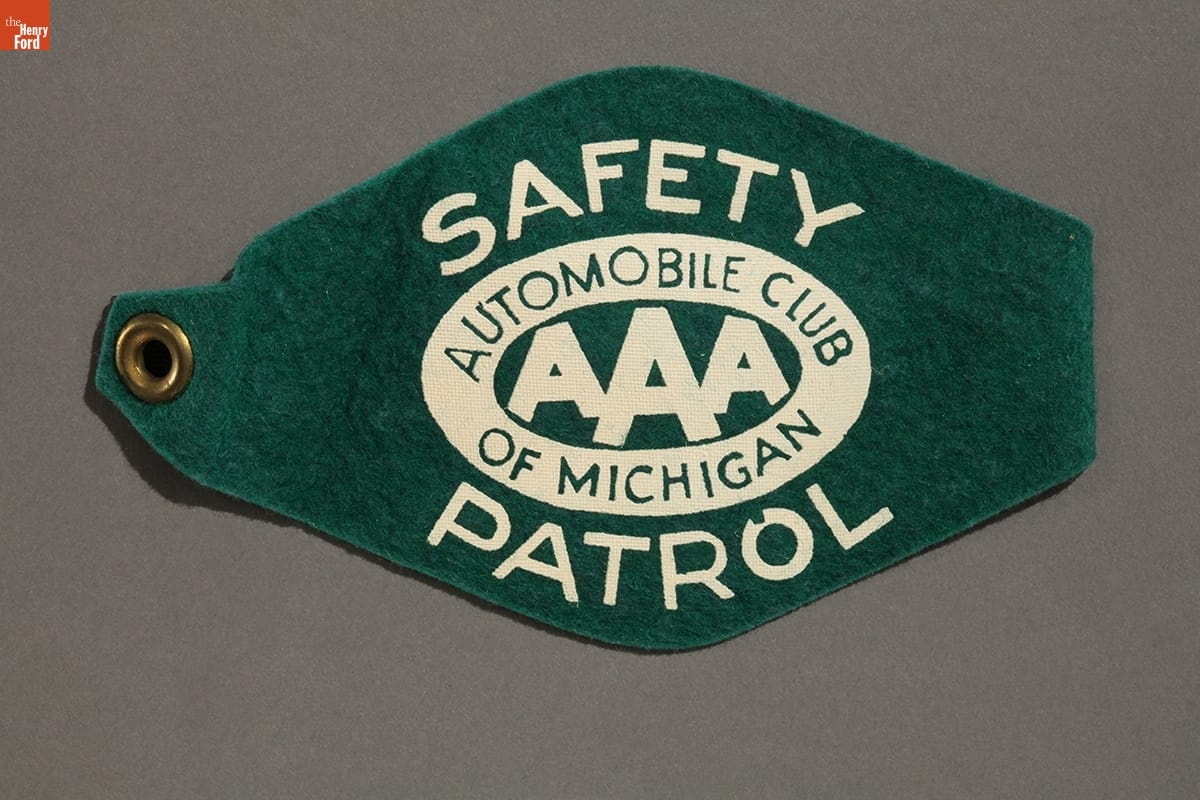 Speaking of children, one of AAA's most important initiatives is its School Safety Patrol program, established in 1920. 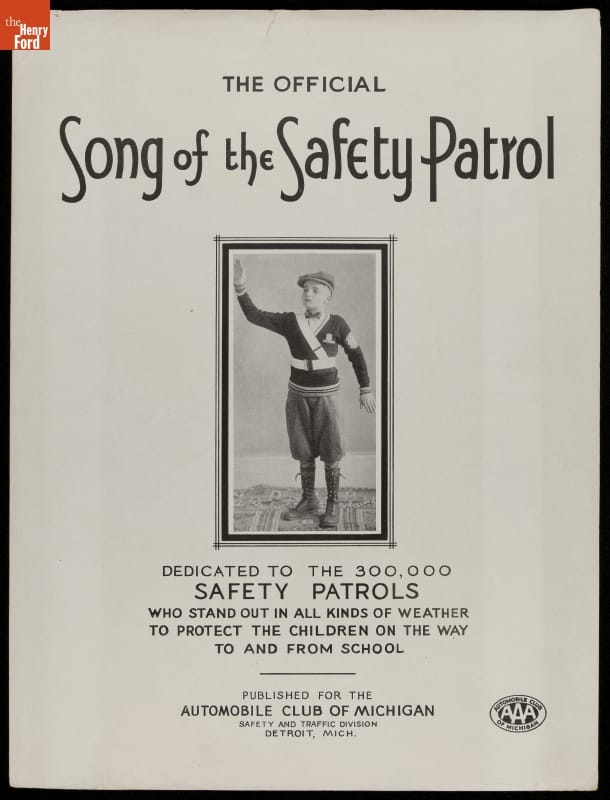 Safety patrollers help adults in protecting students at crosswalks, and in bus and car drop-off and pick-up zones. Their dedicated efforts were celebrated in "Song of the Safety Patrol" from 1937. 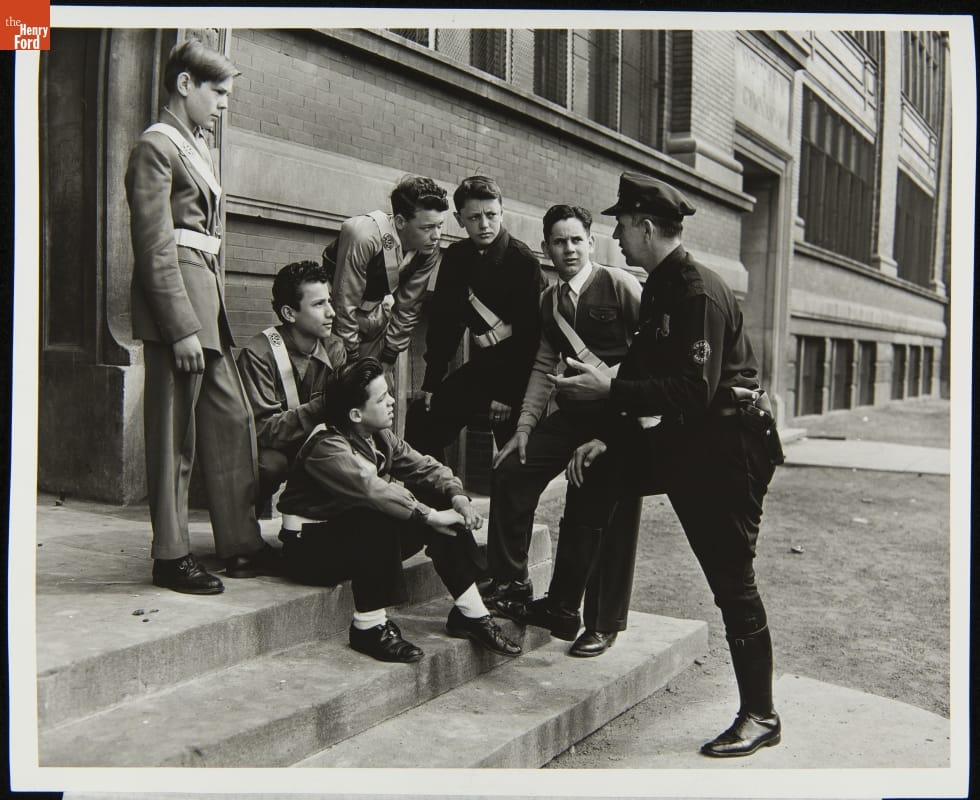 THF289667 / Detroit Police Officer Anthony Hosang Talks with Safety Patrol Students on a Tour of the Ford Rouge Plant, May 10, 1950

Here's a group of Detroit safety patrol members in 1950. They're listening to police officer Anthony Hosang as a part of a tour through Ford's Rouge Plant – a reward for a job well done. 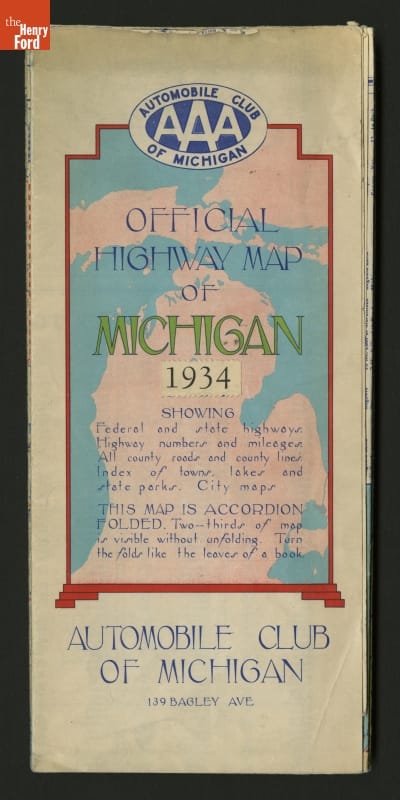 AAA also helps drivers find their way by publishing road maps. Here's one showing the Detroit metro area in 1934. Many of the highway numbers are familiar, but their routes have changed.

Here's a map of routes between Detroit and Gary-Chicago in 1942. The northern-most route (then U.S. 12) parallels modern I-94. 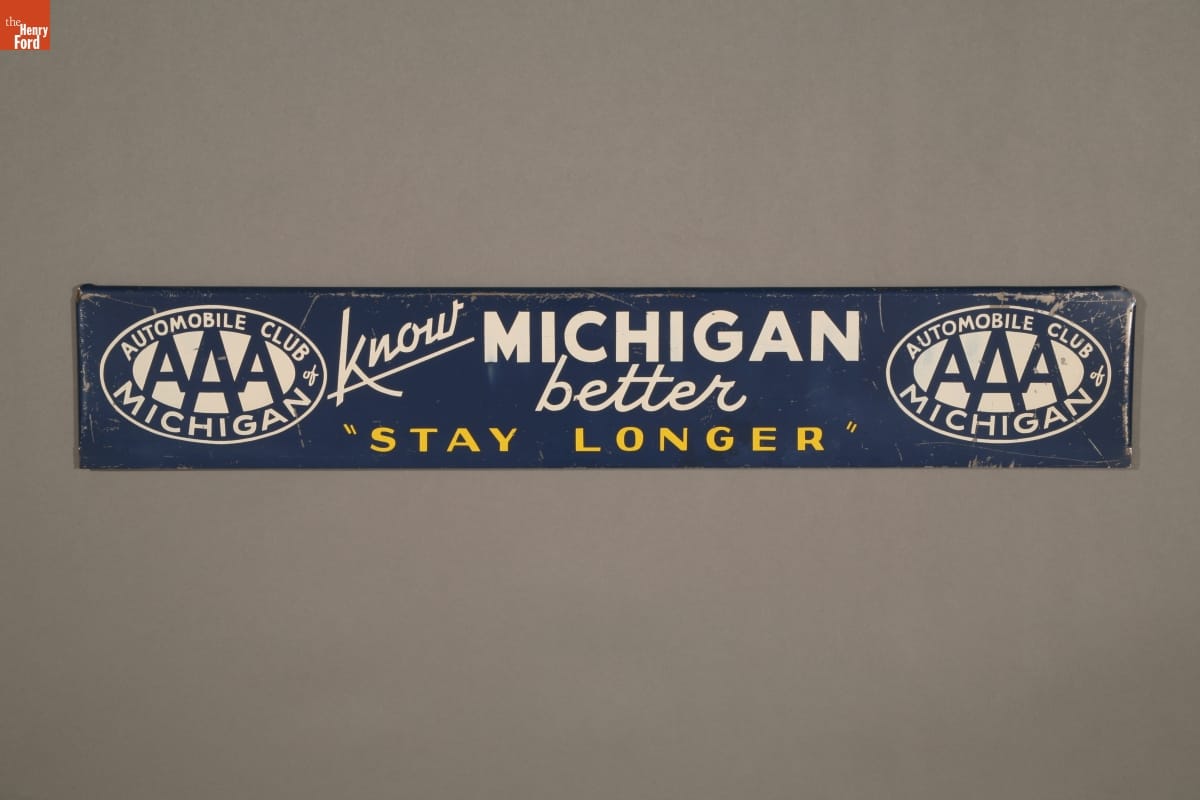 AAA also promotes tourism, encouraging drivers to explore America – and their own states. Residents can "know Michigan better," and visitors can "stay longer." 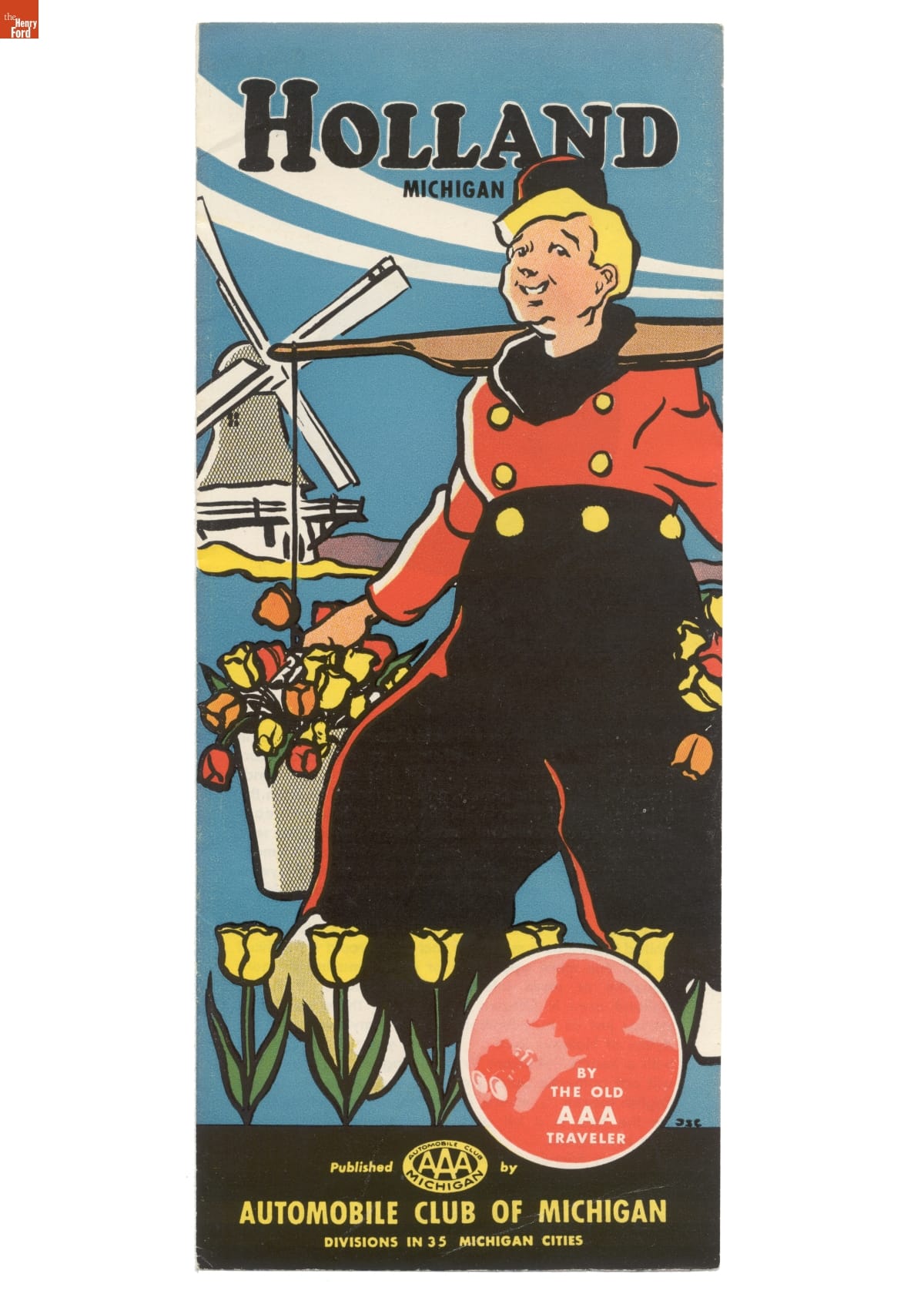 Springtime brings tulips, and what better place to enjoy them then Holland? (Holland, Michigan, that is.) 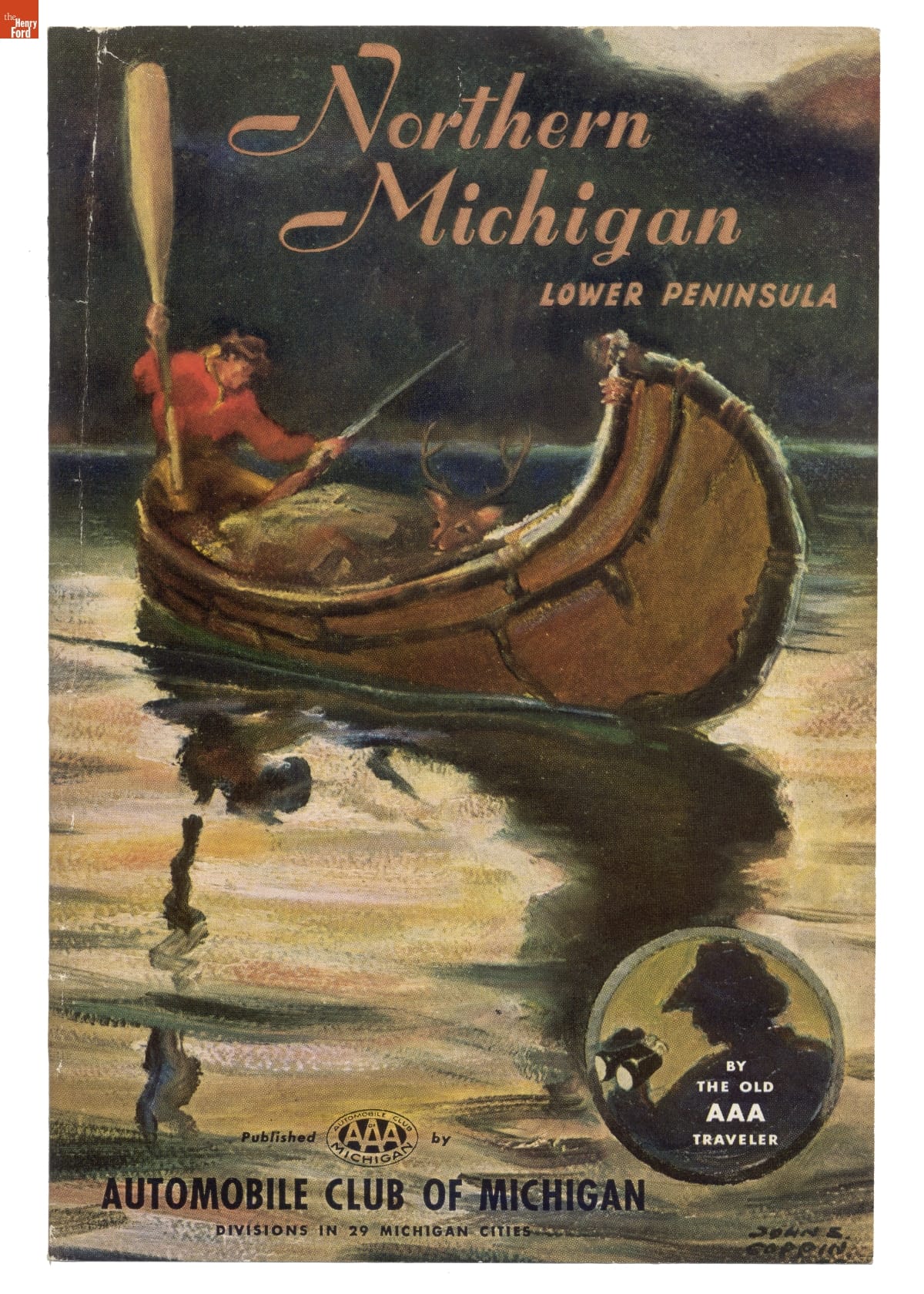 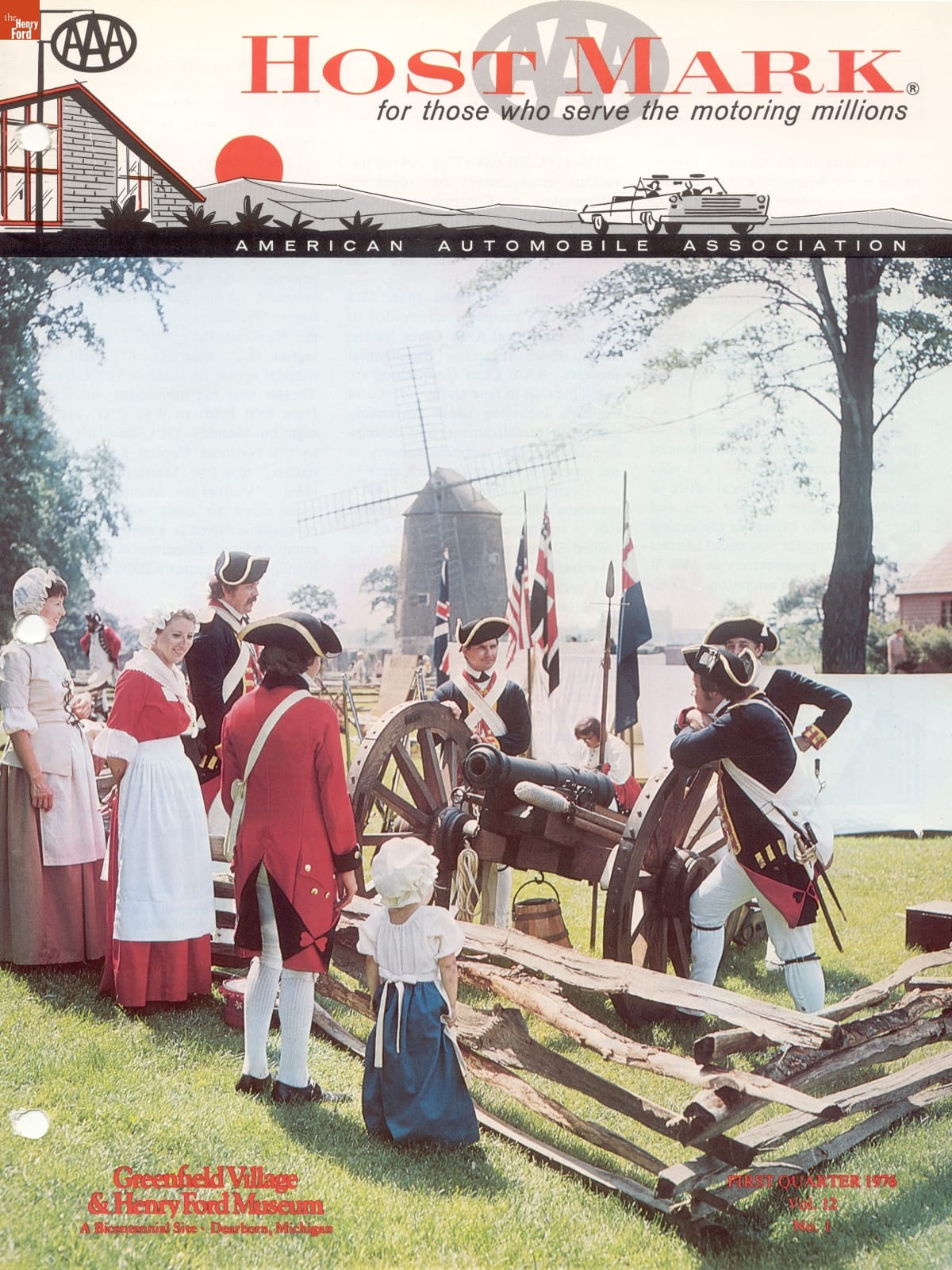 And here's a familiar sight on the cover of AAA's Host Mark magazine. It's Greenfield Village, where bicentennial celebrations were underway throughout 1976.

It was great fun sharing these pieces with our Twitter followers. I also enjoyed answering some questions about our wider transportation holdings along the way. “Be Empathetic” – it’s an important lesson anytime, but especially right now.