Delicious Destinations: Exploring the Journey from Apple Tree to Table 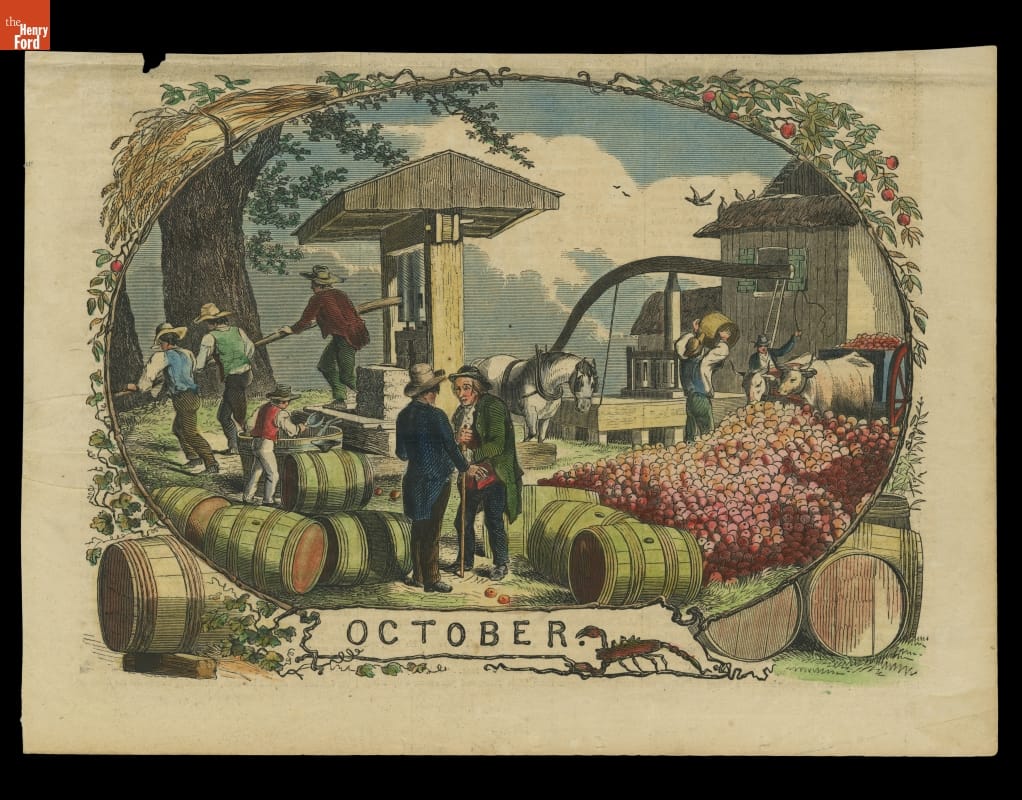 Since Europeans first introduced apples into the North American colonies, these cultivars (Malus domestica) have been destined for a range of uses. Depending on the variety, apples grown on family farms and in commercial orchards could be eaten on their own (fresh, dried, or cooked), used as an ingredient in sweet or savory preparations, or made into apple sauce or butter; jams or jellies; apple cider (sweet or hard), brandy, or wine; or apple cider vinegar. Below, explore some of the many historical uses of this versatile fruit through selections from The Henry Ford’s Digital Collections and Historic Recipe Bank.

Apples are great for snacking as soon as they ripen, but they also store well. This made apples an important food item to preserve for the winter, when fresh fruit wasn’t available. They could be sliced and dried or packed in barrels whole to keep in a cellar or other cool space. Nurseries advertised apple varieties well-suited for this use. For example, in the early 1900s, Stark Bro's of Missouri claimed its Starking "Double-Red" Delicious apple—the company’s “latest keeper”—remained “firm, crisp, juicy, months longer than Ordinary Delicious.”

As a cooked ingredient, apples featured in an array of dishes for every meal of the day—and, of course, dessert. Peeled, cored, and sliced or segmented (tasks made easier with the emergence of mechanical tools such as apple parers by the 19th century), they could be paired with any number of meats, vegetables, or other fruits, or prepared as the star, often in baked goods. The Henry Ford’s holdings include recipes for pork pie (1796), fried sausages (1896), and pork chops (1962) with apples, as well as sweet preparations like apple fritters (1828), apple-butter custard pie (1890), sweet potatoes with apples (1932), and apple crisp (1997). 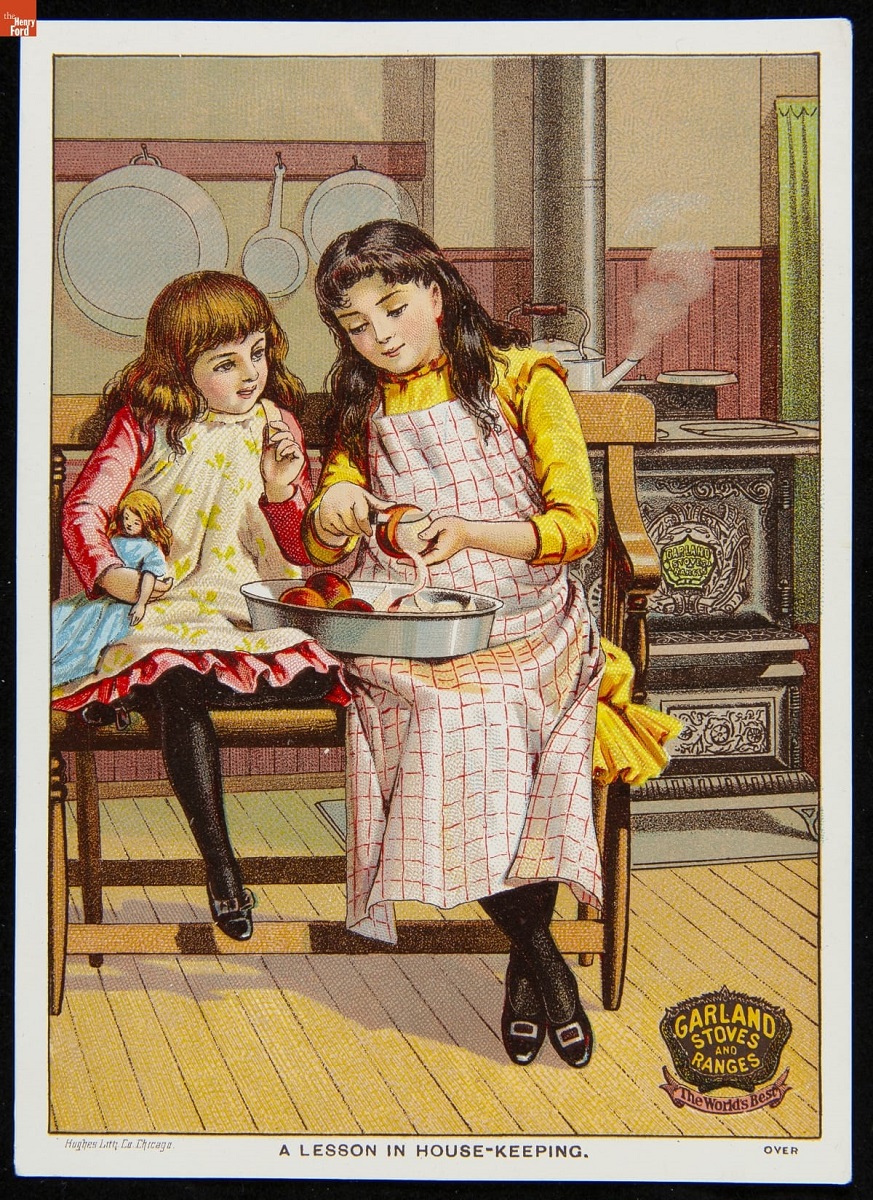 Apples could be pickled or cooked down and made into sweet jams and jellies, applesauce, or apple butter. Pressed apples yielded sweet juice, which could be fermented into hard cider—an overwhelmingly popular beverage in colonial America and beyond. Byproducts of the cidermaking process included a kind of apple brandy (known as applejack) and cider vinegar, which was an affordable replacement for imported vinegars and could also be served as a drink called switchel. Cider “champagne” and apple wine rounded out the alcoholic beverages made from apples.

To see how the Heinz company processed apples into apple butter and cider vinegar in the early 1900s, check out this expert set. 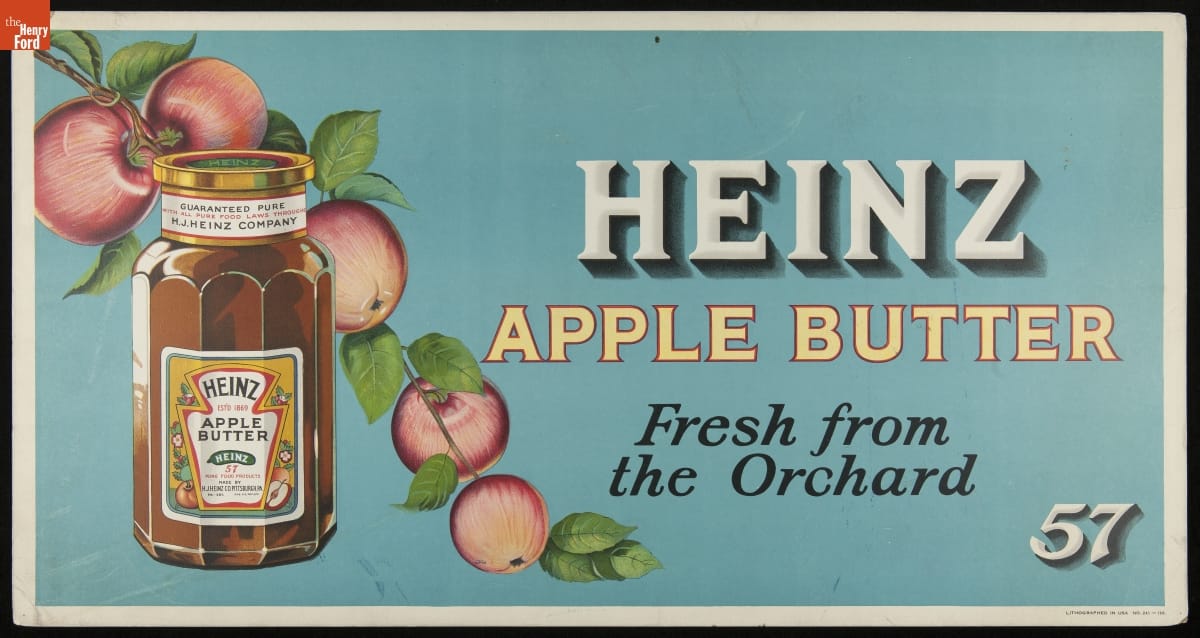 Adding to their amazing versatility, apples could also feed livestock, and wood from apple trees added flavor to smoked meats. Discover some of the many uses of apples firsthand on the working farms of Greenfield Village, and stop into Eagle Tavern to sample hot apple cider, hard cider, or applejack!