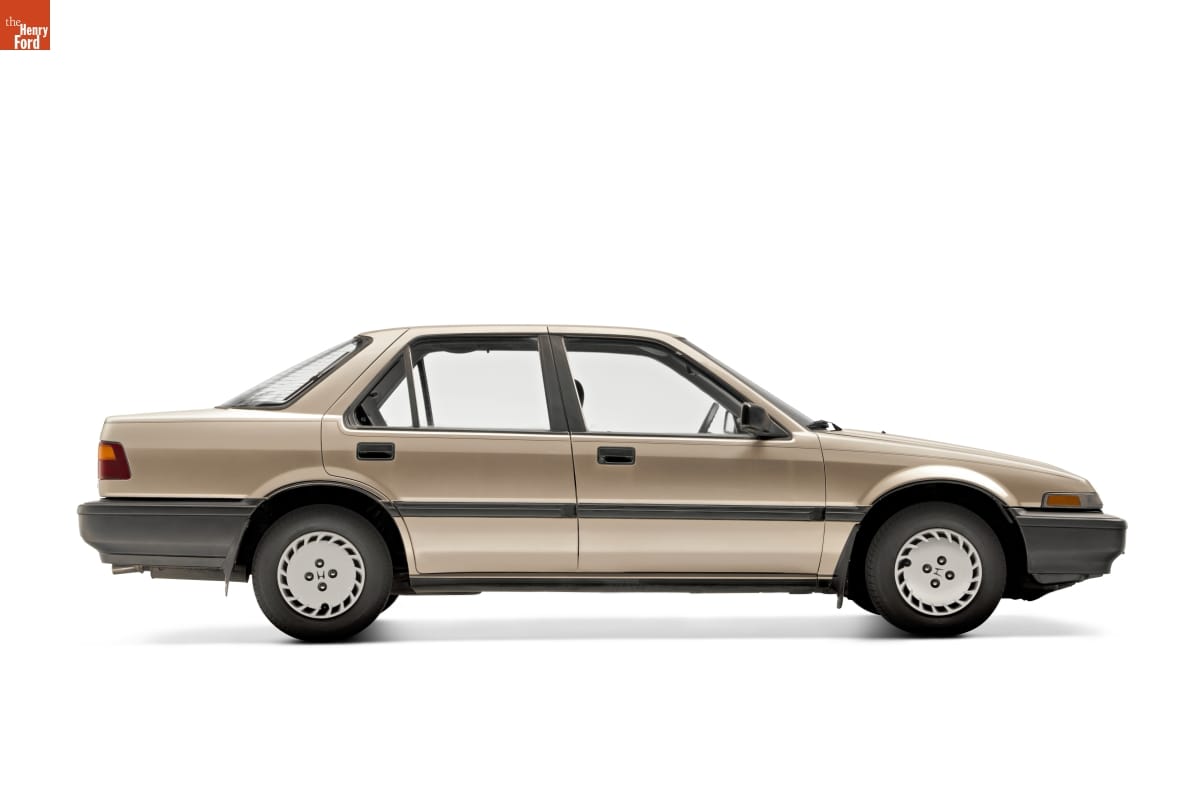 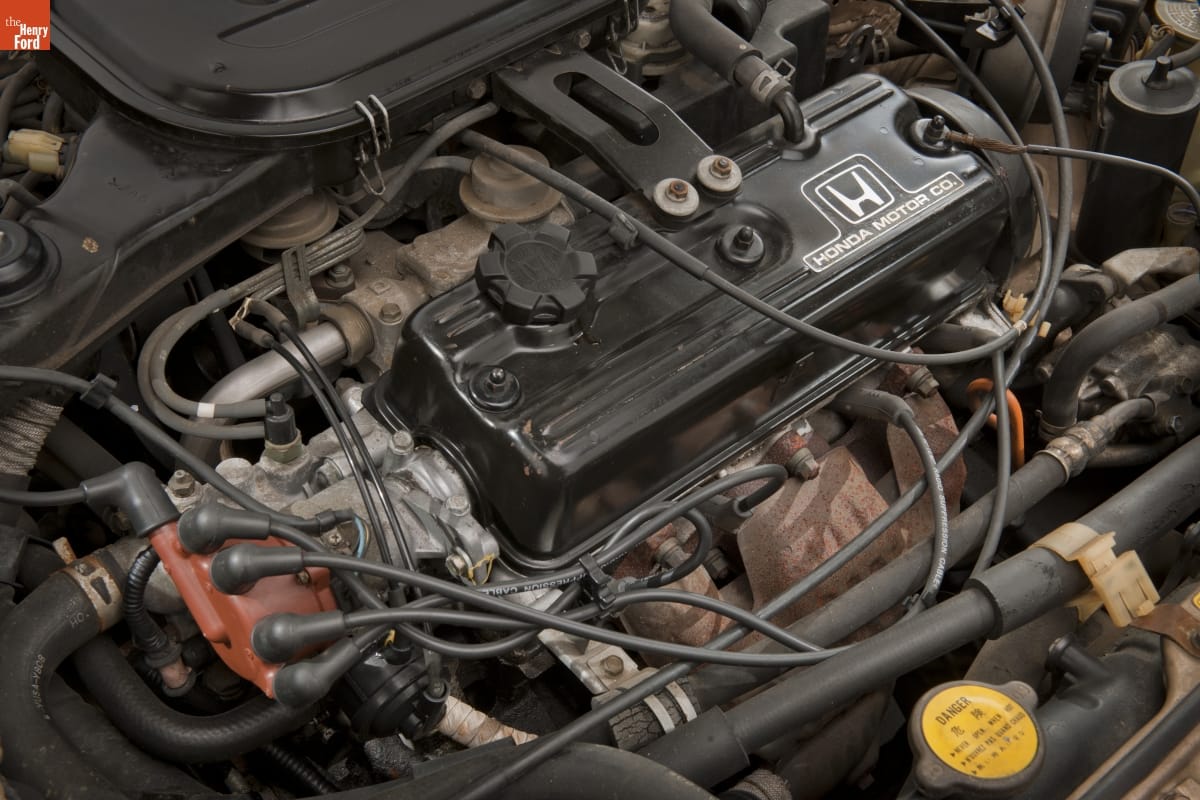 Using a front-wheel drive layout in a front-engine car allows for a compact design, but it requires some clever packaging under the hood. The Accord’s automatic transmission is combined with a differential into a single unit called a transaxle, mounted on the passenger side of the engine. The transverse-mounted engine has three valves per cylinder – two intake and one exhaust.