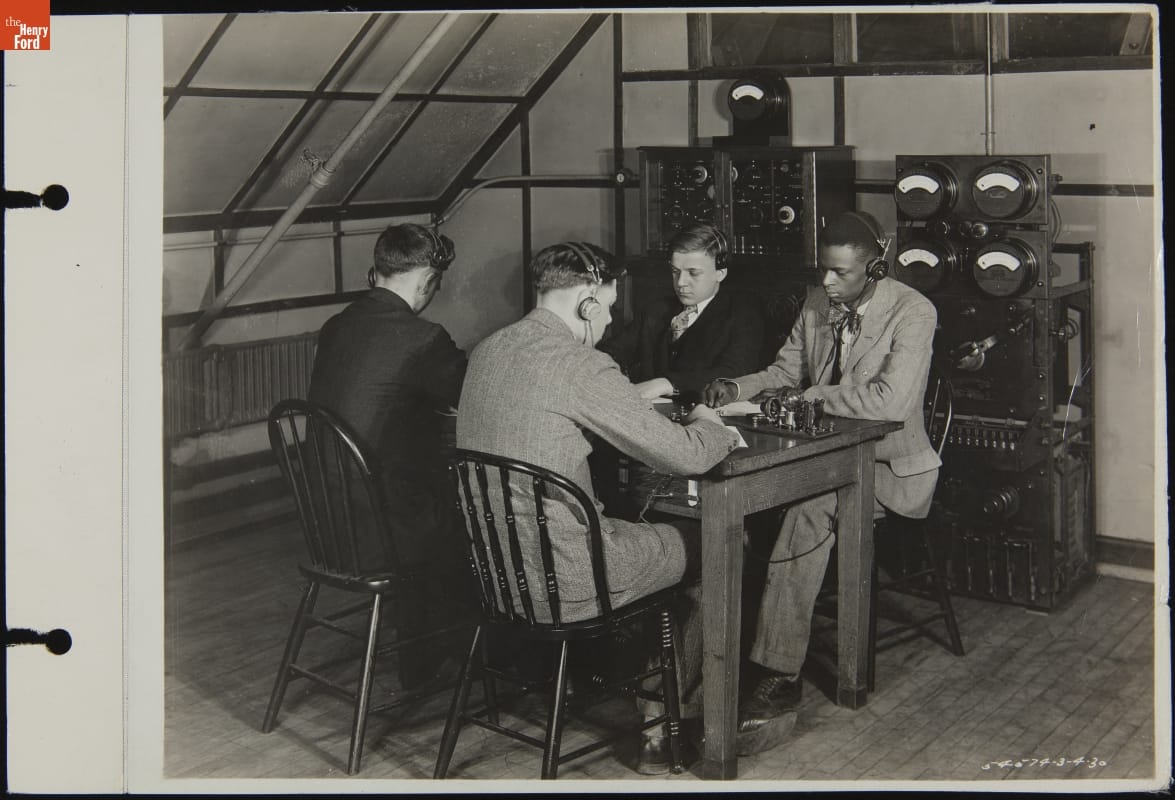 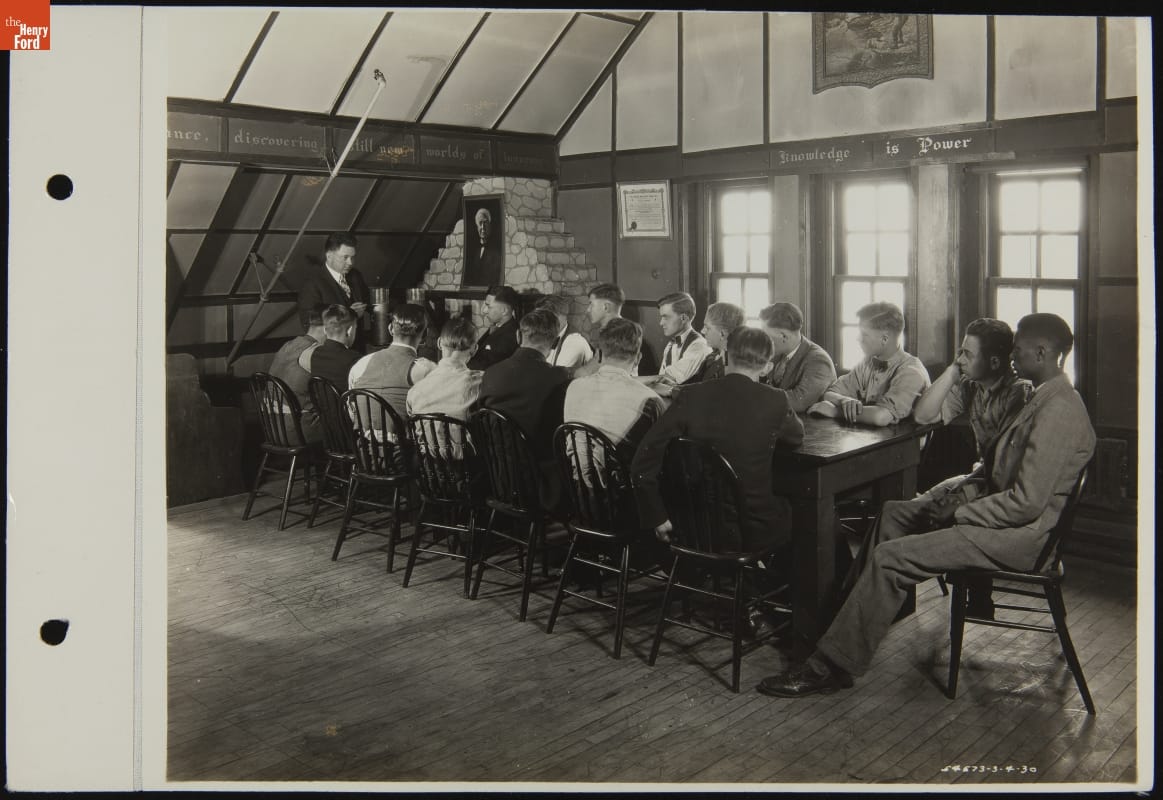 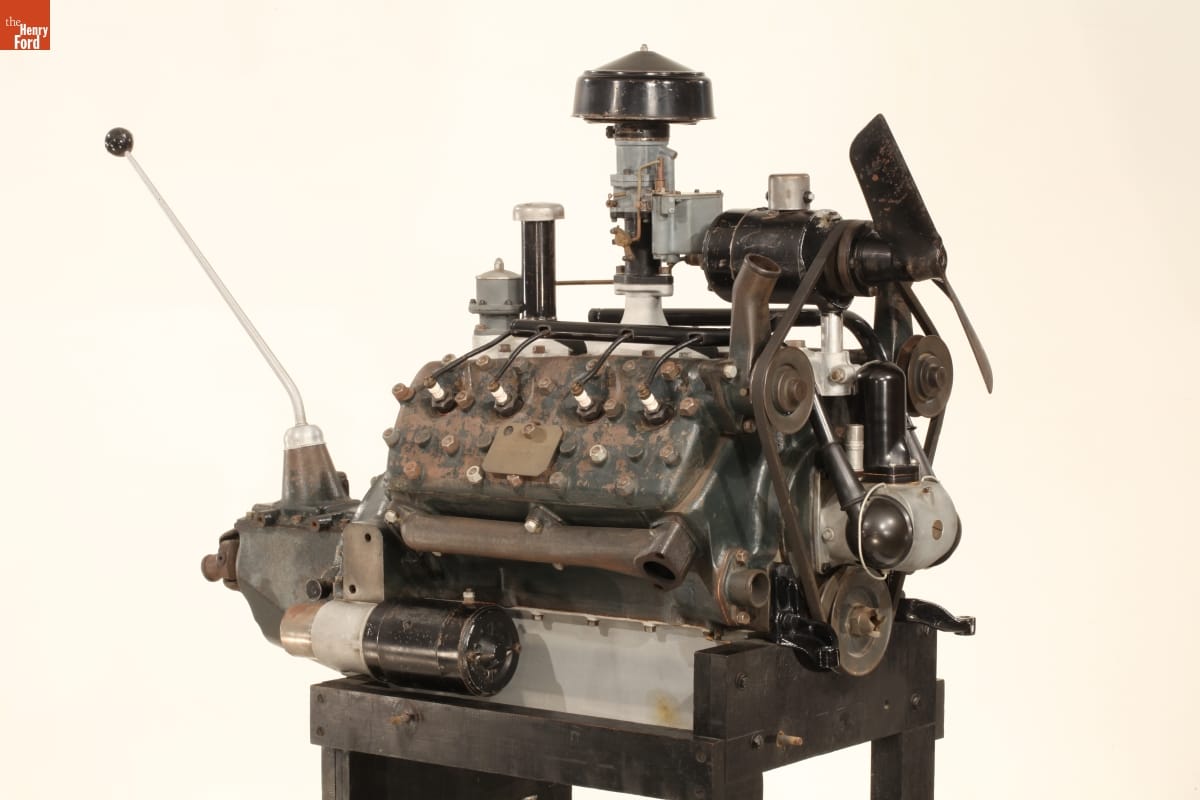 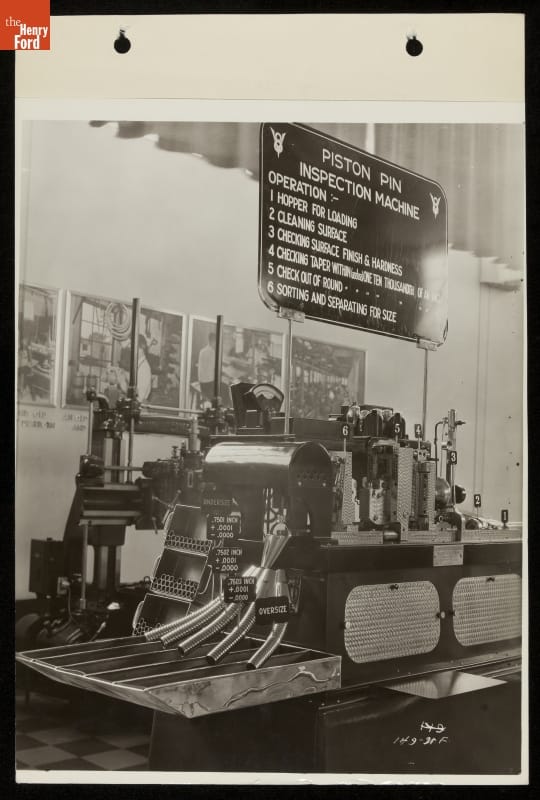 Chrysler’s experimental turbine engine had 80 percent fewer moving parts than a piston engine, producing a very smooth ride. Regenerative turbines used gasses twice – once to drive the car and again to heat new air drawn into the system. Fuel flexibility was terrific (it ran on anything from gasoline to peanut oil) but fuel mileage (around 11.5 m.p.g.) wasn’t so hot.

Chevrolet took the engine to a place it had rarely been in an American production car – the rear. Much of the motor is hidden by a metal shroud directing air flow from the deck louvers. There are two carburetors, one for each cylinder bank, connected to a single air cleaner at center. Later models increased trunk size up front by moving the spare tire to the engine compartment.

Henry Ford based the Quadricycle’s engine on the Kane-Pennington motor he saw in American Machinist magazine. Ford brazed water jackets around each of the two horizontal cylinders and mounted wooden water tanks on either side of his engine. The tanks ultimately were replaced with a smaller under-seat reservoir.

Everything but the Kitchen Sink… Engine

Back in May, we received a visit to our reading room by a team of engineering students from Penn State, who were touring Greenfield Village. They had been out in the Village helping to install a working replica (but more on that later) of Henry Ford's first experimental engine, the Kitchen Sink Engine. (The original engine, made in 1893, is in our collections storage.) Now they wanted to see what is near and dear to any engineer's heart: the blueprints. We located and pulled the engine's technical drawings, which had been created by Ford Motor Company staff circa 1944 and form part of our Ford Blueprint Drawings collection (just one small part of which is the "Miscellaneous Ford Motor Company Blueprints and Drawings Collection," where these drawings reside.

The engineering students were a rapt audience, and they stayed in the reading room for a while, poring over the drawings, talking to each other about them, and taking pictures. Later, an order was put in for high-resolution scans of the drawings. It turns out that a previous group of students from their course had already created their own replica of the engine, back in 2012 as part of a class project. The Henry Ford has had a replica of the Kitchen Sink Engine on display, but ours is not a working replica. Theirs is -- and that's the really cool thing. We are always pleased when our collections are used in exciting ways that bring the past forward. Icing on the cake for this particular case (maybe the Fates were smiling on us for the 150th anniversary of Henry Ford's birth?), was that with one of the Kitchen Sink Engine drawings, we hit a milestone number for our image scanning: THF100000! (All of the collections images we scan are assigned a unique identification number, in order to make tracking and retrieval possible.) A nice round—and large—number to commemorate an important first in Henry Ford's career! Now we're going to be wondering what THF200000 will be.