The Henry Ford’s archives contain a great deal of material about radio and television shows produced or sponsored by Henry Ford and Ford Motor Company. Here is just a small sampling of the types of items and shows covered.

Henry Ford began broadcasting over his WWI radio station in 1922. Early broadcasts featured musical acts from company bands, such as the Ford Motor Company Band and the Ford Hungarian Gypsy Orchestra. Later broadcasts expanded the talent pool to acts across the United States, including singers, bands, soloists, and even the California Bird Man. 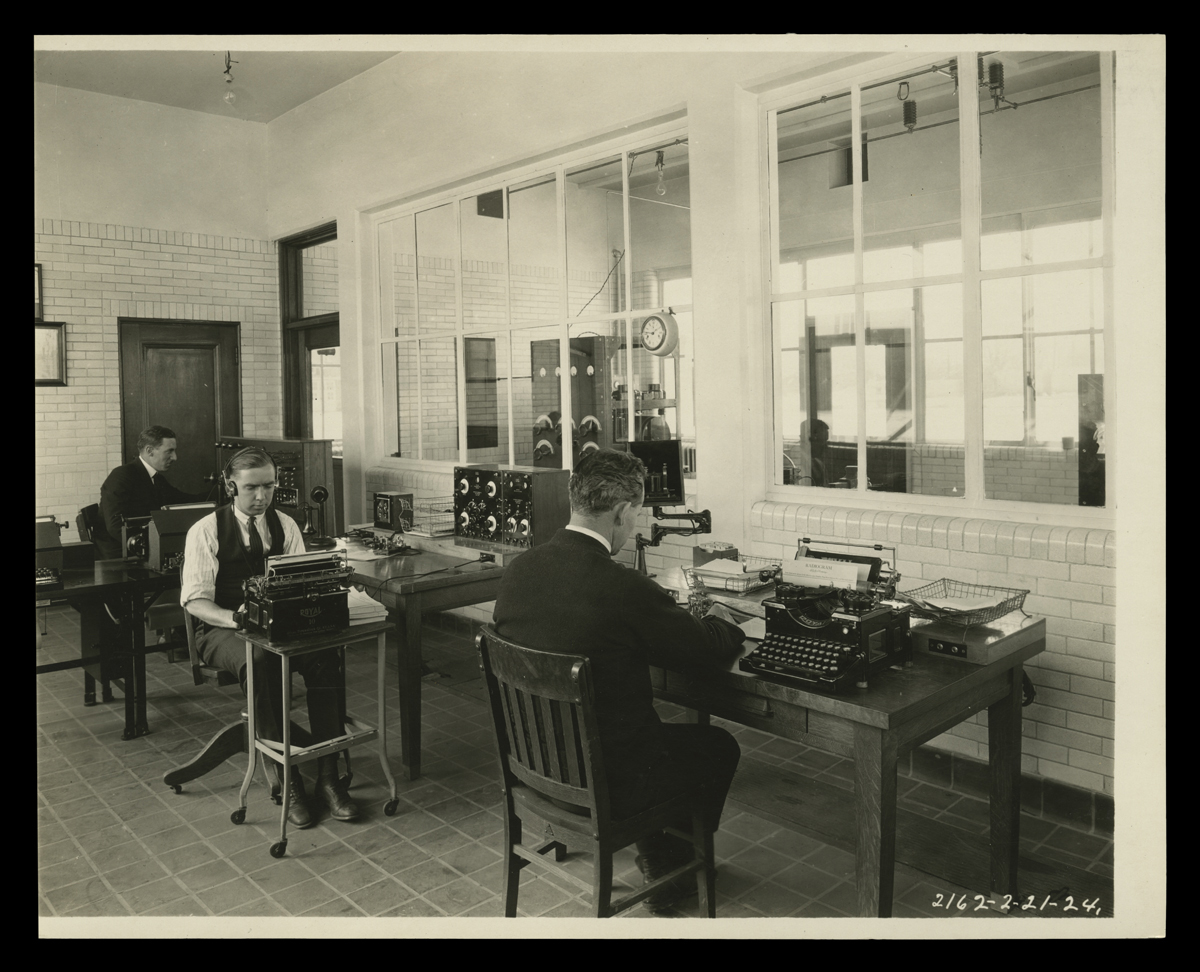 The Ford Sunday Evening Hour was a popular radio show produced by Ford. This show was broadcast from 1934–1942 (and then again from 1945–1946). The show was performed live in Detroit, first at Orchestra Hall and then at the Masonic Temple, and broadcast over the CBS radio network. Musical pieces were played by 75 members of the Detroit Symphony Orchestra under the name the Ford Symphony Orchestra, with each show featuring guest star soloists and singers. 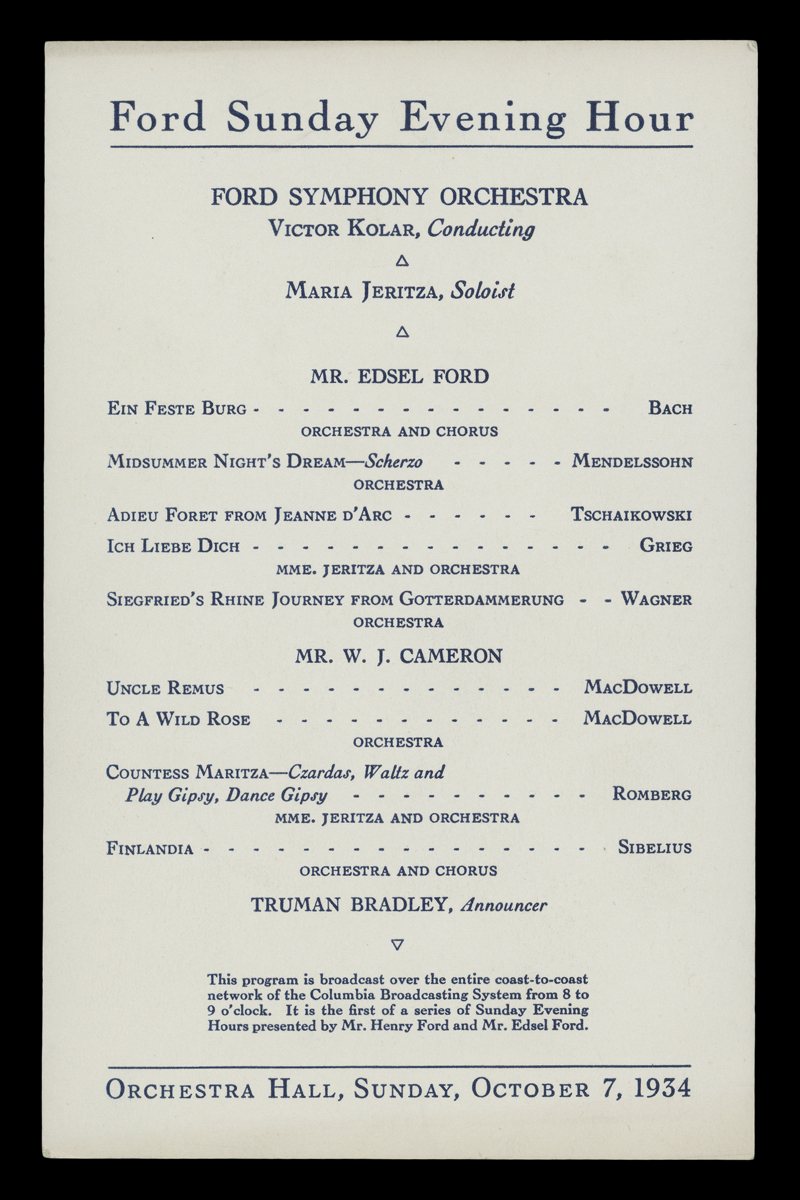 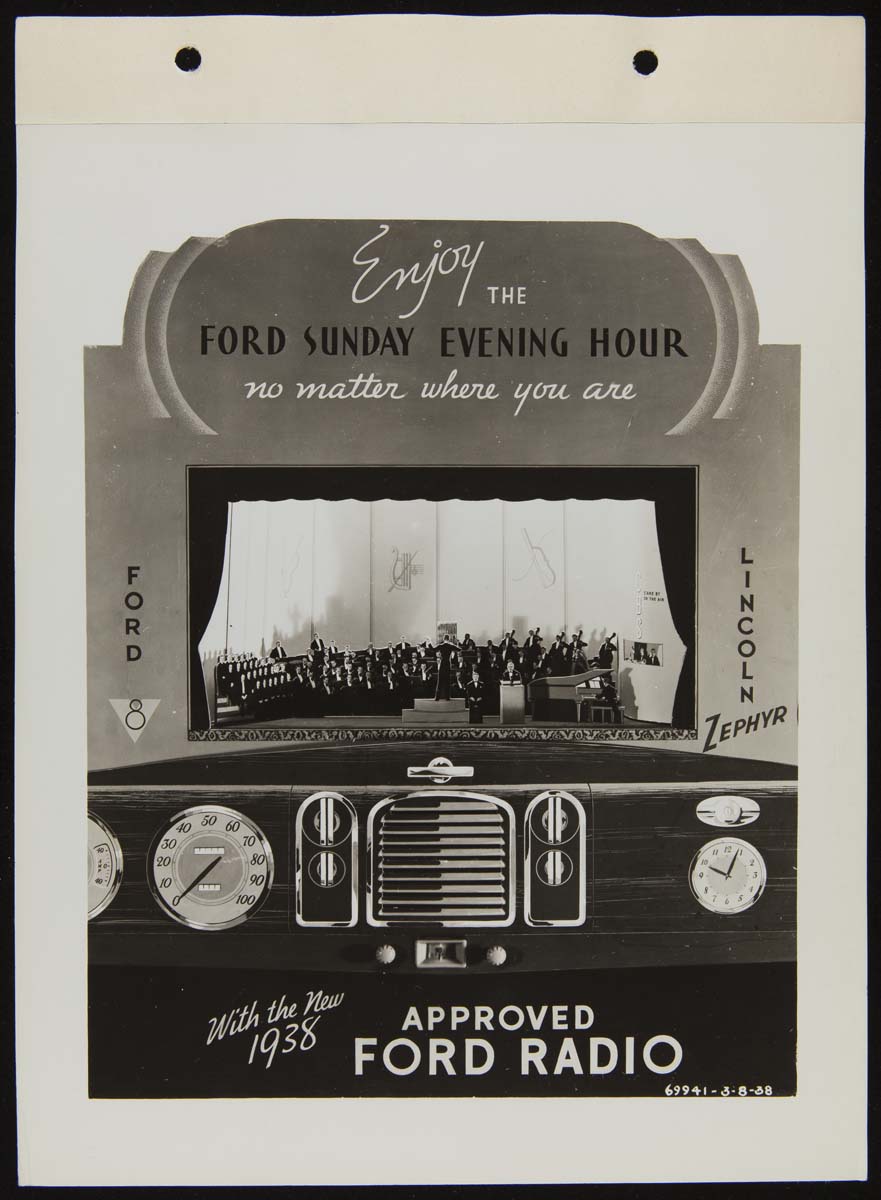 Ford Sunday Evening Hour Dealer Display, 1938. The program was broadcast across the U.S. and was advertised by Ford dealers all over the country. / THF269154

In the summer, the Ford Summer Hour offered lighter, more popular tunes. This program used a smaller 32-piece orchestra and sometimes featured Ford employee bands such as the River Rouge Ramblers and the Champion Pipe Band. 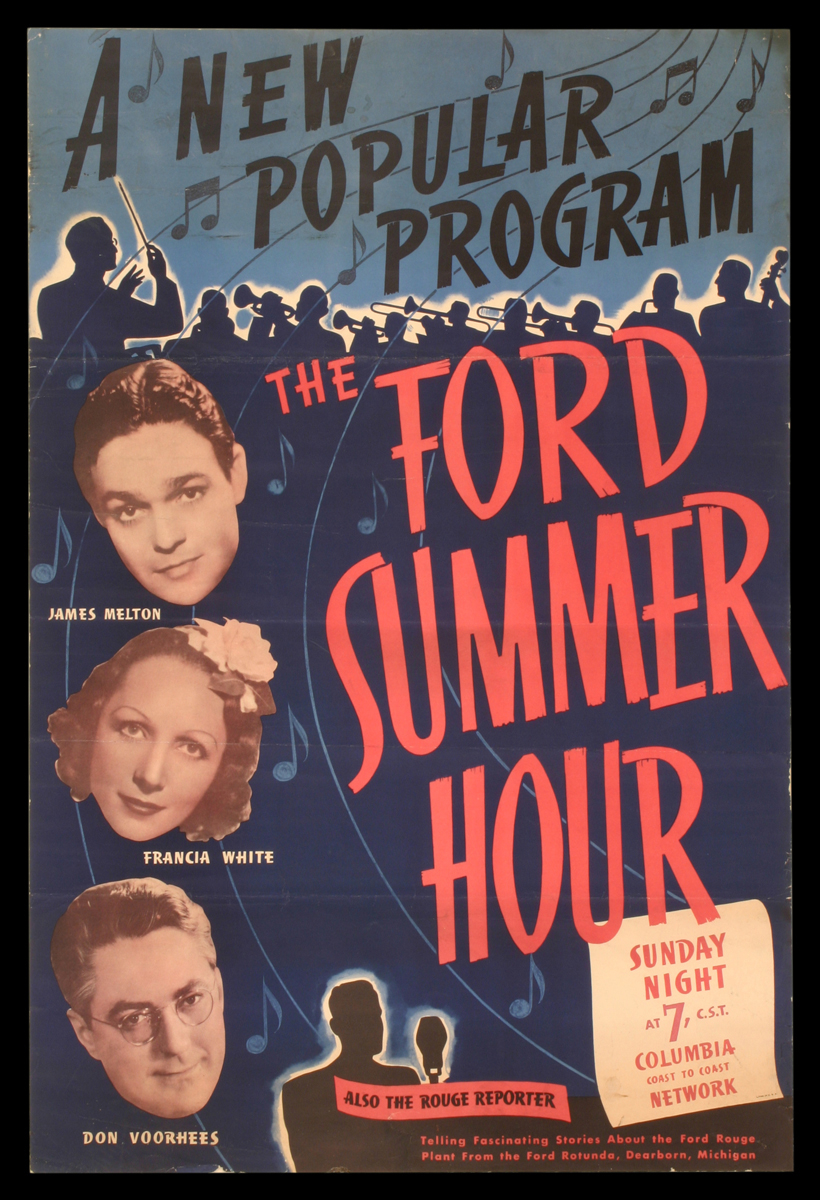 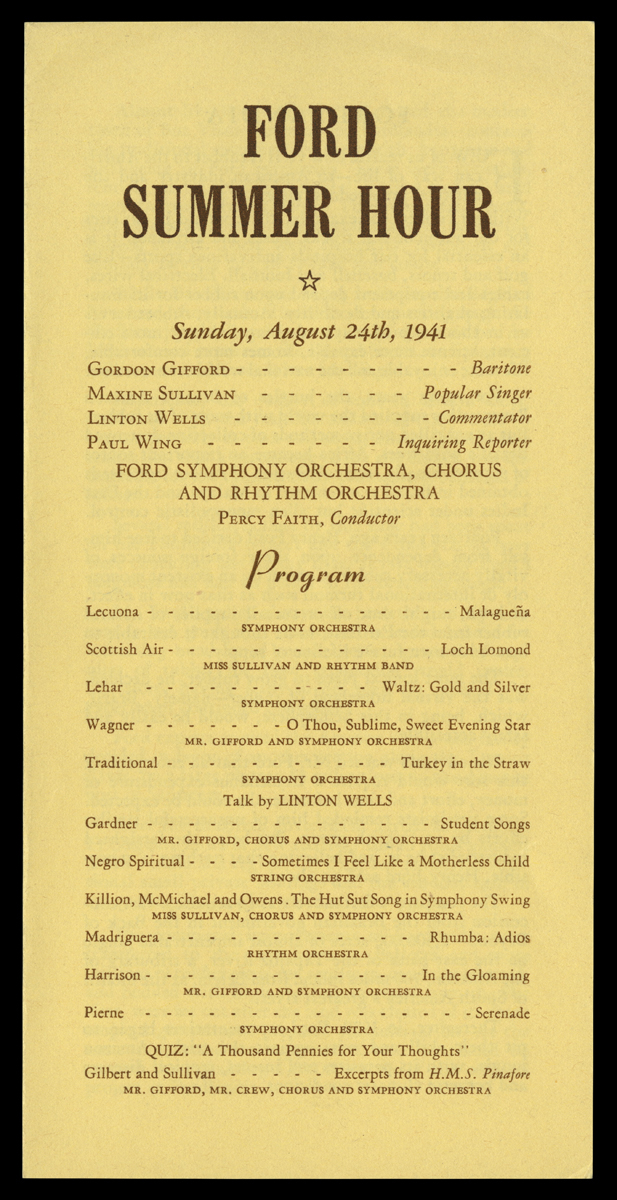 Ford Motor Company sponsored their share of television programs in the 1940s and 1950s as well. The Lincoln-Mercury division sponsored Toast of the Town, later The Ed Sullivan Show. The archives holds this scrapbook of reviews of the first season of the show (or shew) in 1948. 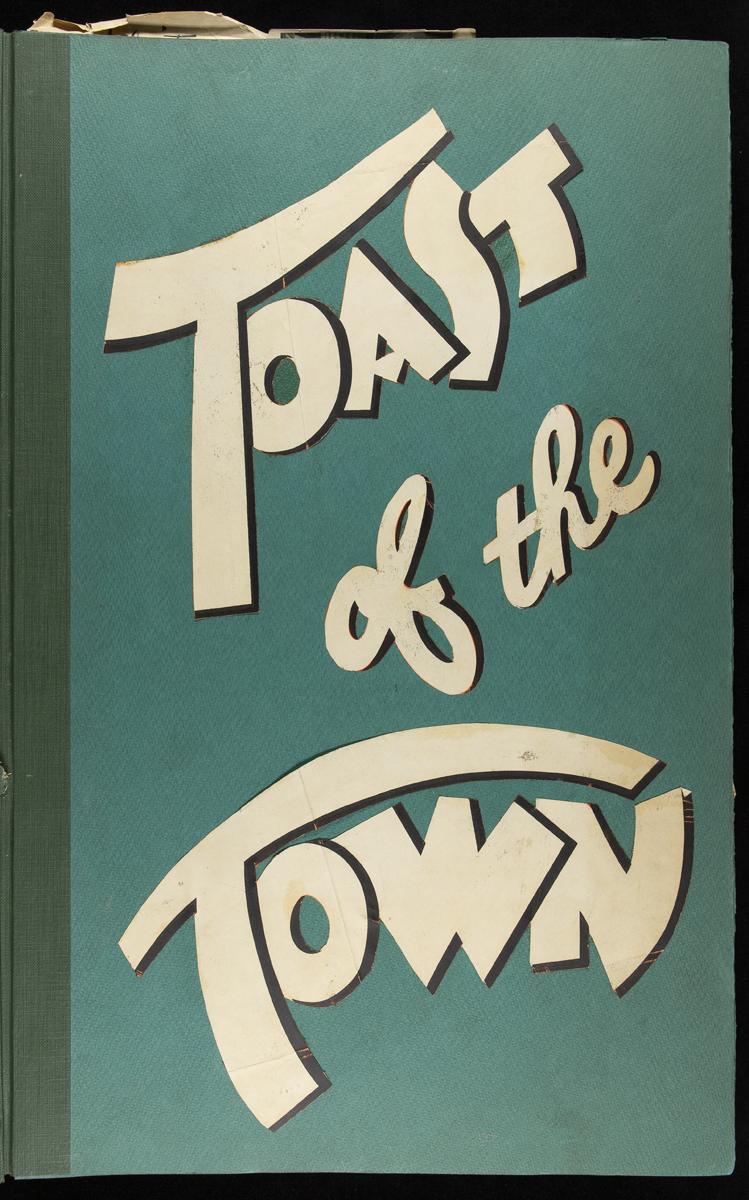 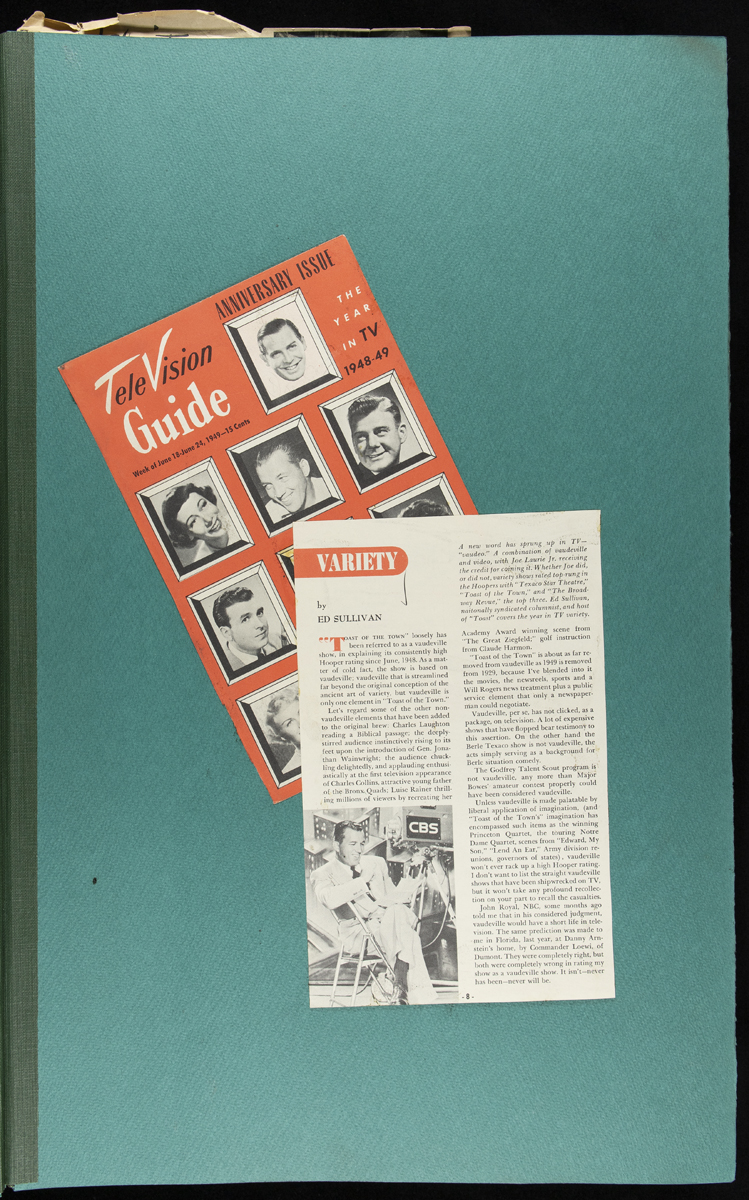 The 50th anniversary of Ford Motor Company in 1953 was a big celebration. Paintings were commissioned by Norman Rockwell to depict the company history, calendars were assembled, banquets and celebrations were planned worldwide, and the company put together a TV special to celebrate its 50-year history. 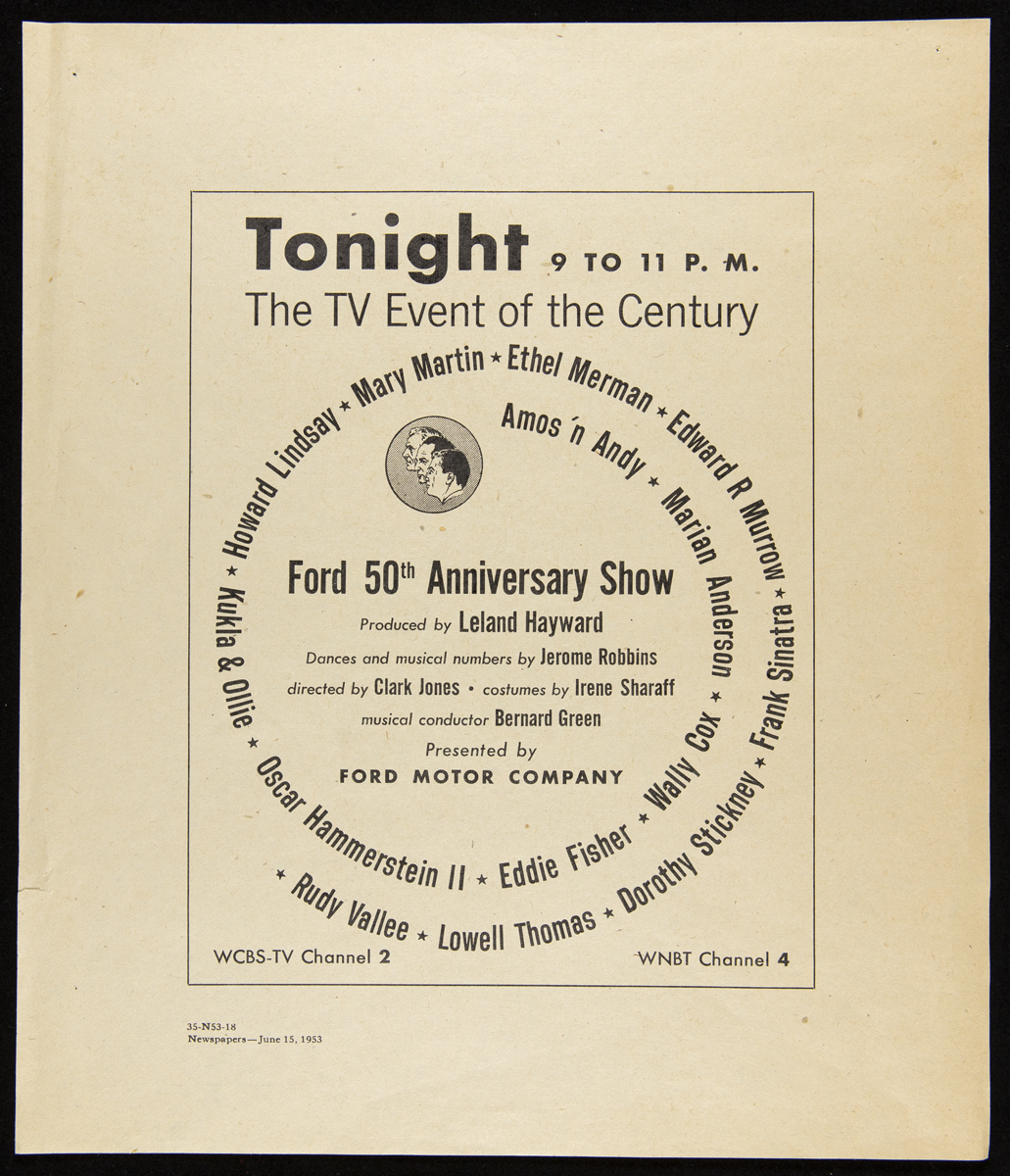 The TV program featured many well-known performers, many of whom signed Benson Ford’s personal copy of the script. 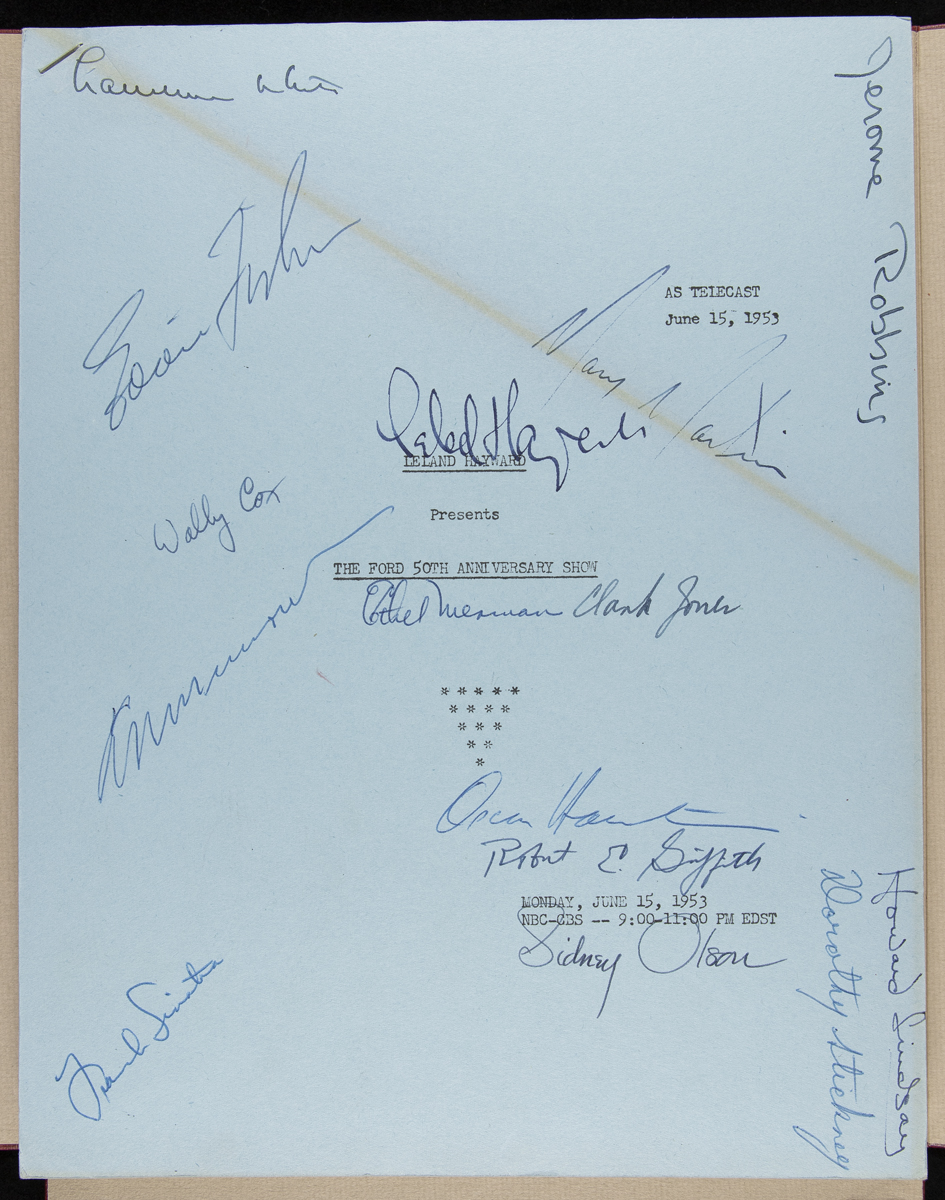 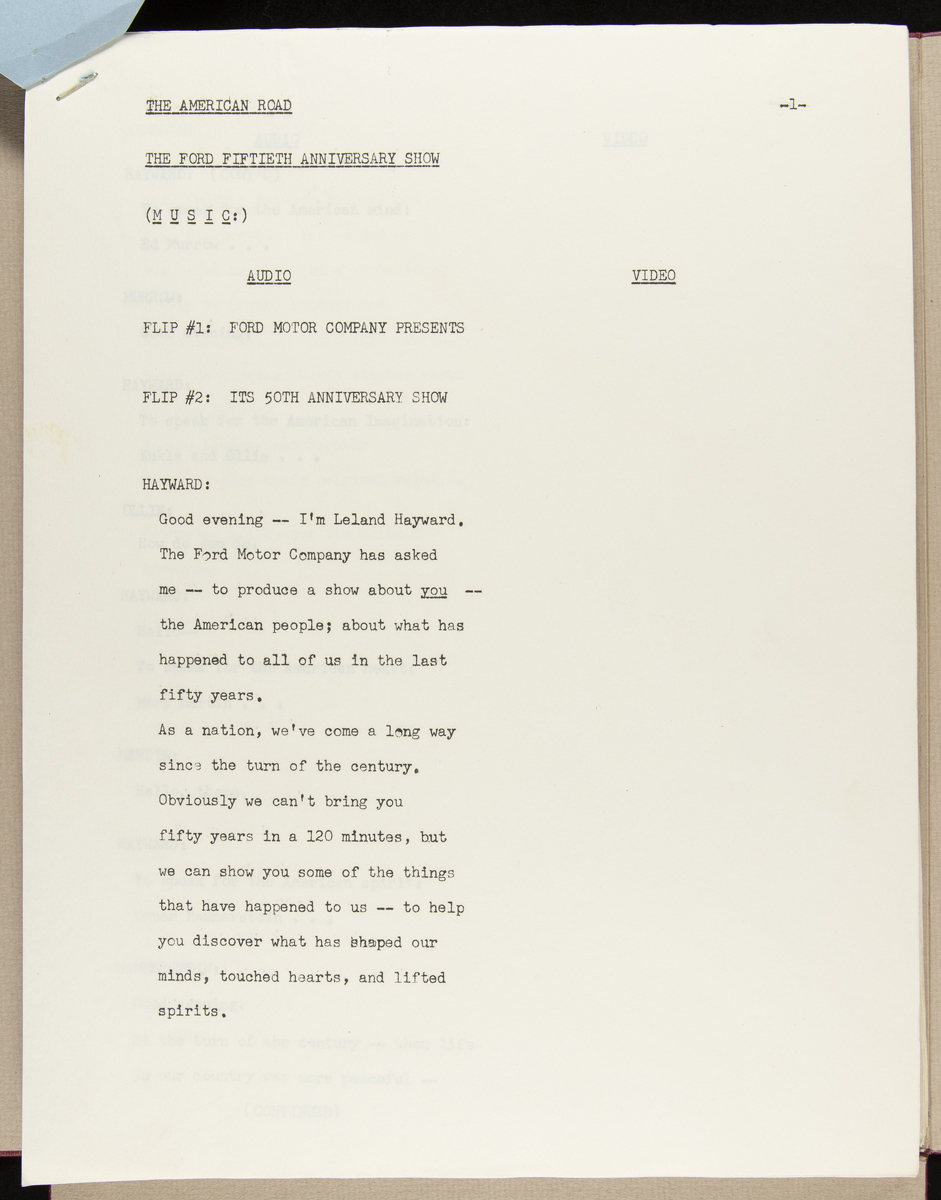 These are only a few of the radio and TV shows produced or sponsored by Ford over the years. The archive at the Benson Ford Research Center has additional material, including scripts, ratings, and public relations analysis reports, for several of these shows. Some of these items may be viewed in our Digital Collections, while others have yet to be digitized. While the reading room at the Benson Ford Research Center remains closed at present for research, if you have any questions, please feel free to email us at research.center@thehenryford.org.


Kathy Makas is Reference Archivist at The Henry Ford. This post is based on a February 2021 presentation of History Outside the Box as a story on The Henry Ford’s Instagram channel.