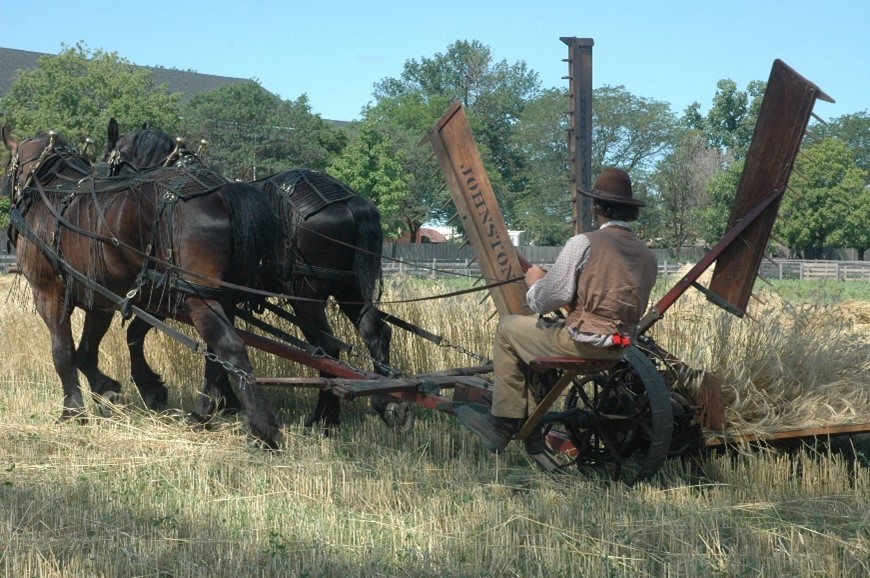 Every year, the staff of Firestone Farm go into the fields to harvest wheat. Our living history program at Firestone Farm is set in 1885, and because the area of east central Ohio where the farm originates was not an intense grain-raising area, the latest and greatest harvesting technology was generally not in use. As a result, we use a somewhat older technology—a “self-rake reaper.” Our machine was produced by the Johnston Harvester Company out of Batavia, New York, and was built likely in the mid-1880s.

The machine combines a mowing machine (which cuts down the wheat, gathering it on a large wooden bed) with a raking mechanism (which can be adjusted to sweep the accumulated grain stalks off the bed of the machine into measured piles). It has a wonderful robotic action as it makes it way around the field. The machine is pulled by two large horses and the entire mechanism is powered by them. 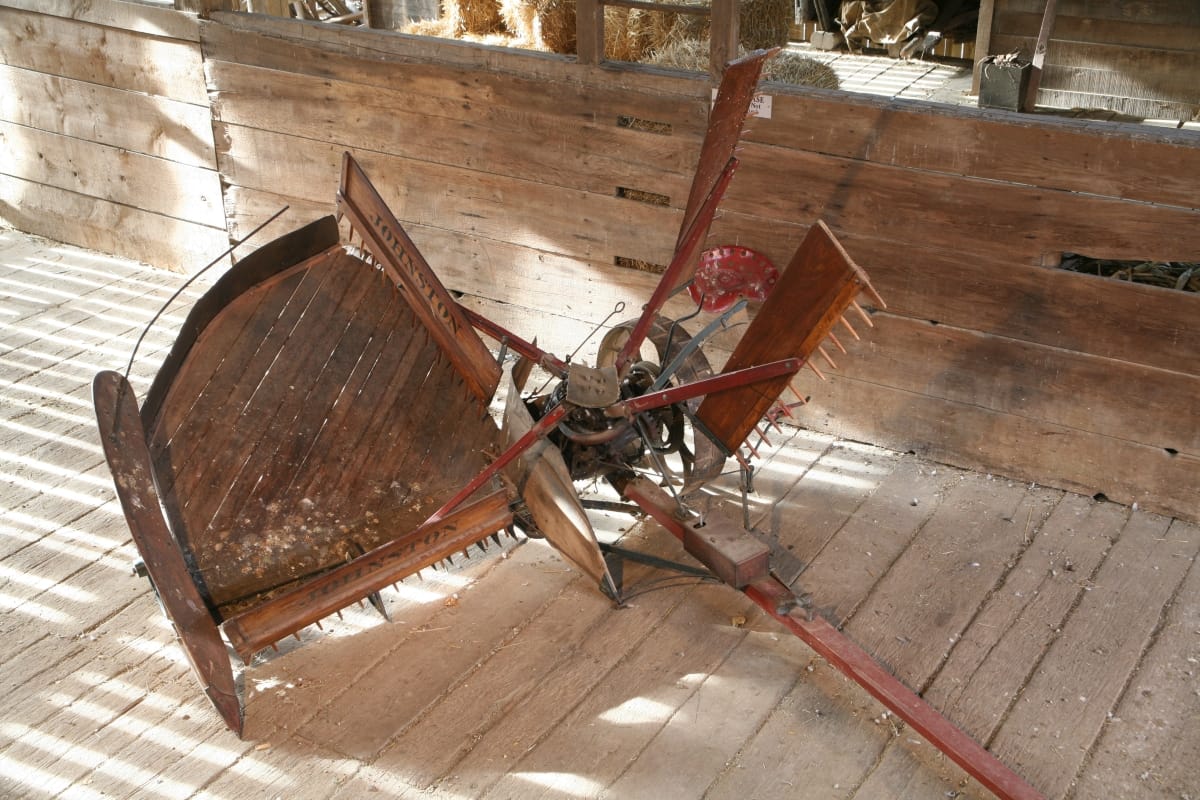 The loose piles of wheat then need to be gathered up and tied into bundles. In turn, these bundles are stood up on end with other bundles to create a shock or stook. This allows the grain to finish drying before it is stored or stacked for threshing later in the season. (Threshing is the process of separating the grain from the stems, or straw, and the chaff, or the covering of the individual wheat berries.) This is all done by hand—and it takes many hands. Both men and women would have worked together in the field, but before the age of machines (pre-1840s), men typically did the blade work (using sickles, scythes, and grain cradles) and women did the bundling and shocking.

In 1885, each part of the grain harvest was a separate process, using a different machine. Machines that both cut and tied/bundled the grain began to see more common use at the end of the 1880s. These were called binders, and first used wire, then twine, to do this. Eventually, all the harvest processes, including threshing, were “combined” into one step with the advent of the combine. Early versions were horse drawn, but by the 1930s, self-propelled versions began to be used. The final transition took place after World War II as the horse finally was replaced by the tractor on the American farm.

You can get a quick overview of the many steps in wheat production at Firestone Farm in the video below.


Jim Johnson is Director of Greenfield Village at The Henry Ford.