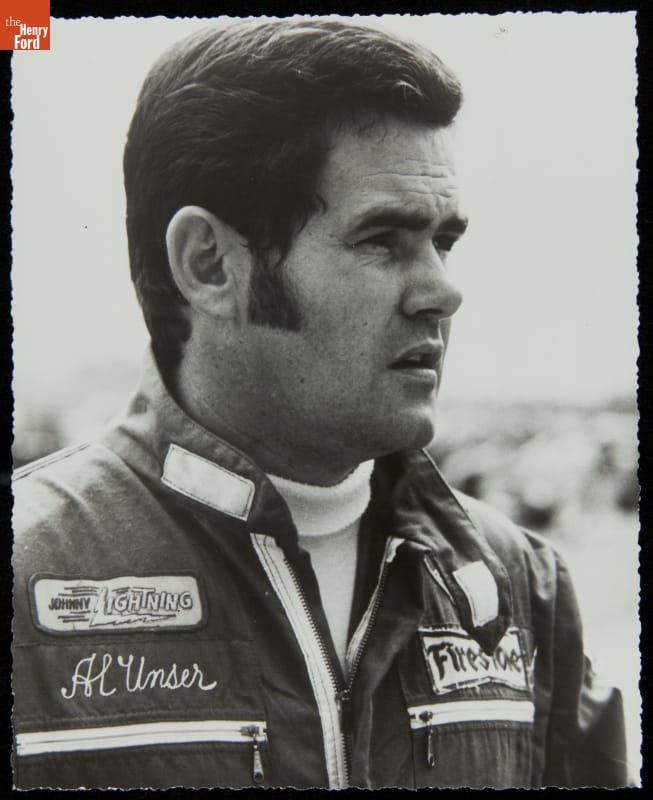 We are saddened by the passing of Al Unser, Sr., on December 9, 2021. Over his nearly 40-year racing career—ranked as one of America’s top drivers for much of it—Unser added immeasurably to his family’s rich legacy in motorsport. He earned 39 wins in national championship races and three national titles. Unser won two overall victories at Pikes Peak. He earned a championship in the IROC series. Most famously, Unser won four times at the Indianapolis 500.

Some families farmed, and some ran small businesses. The Unsers raced. Al’s father and uncles grew up near Pikes Peak, Colorado, where they competed in the celebrated Pikes Peak Hill Climb starting in 1926. Uncle Louis won nine victories there between 1934 and 1953, while father Jerry scored a personal-best third-place finish on the mountain. 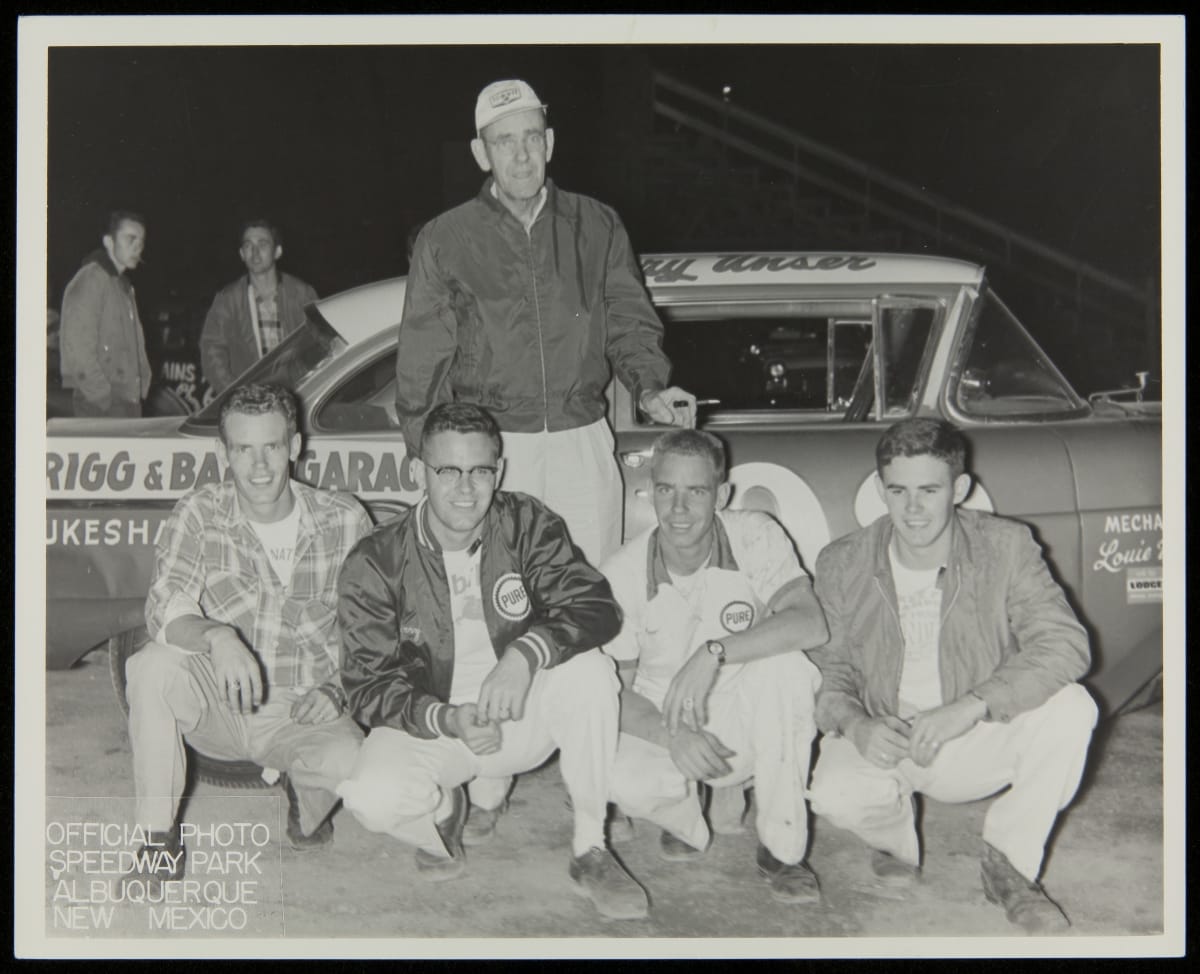 By the time Al was born in 1939 (on the day before Memorial Day, appropriately enough), Jerry and Mary Unser had moved their family to Albuquerque, New Mexico, where Jerry operated a service station on well-traveled Route 66. Like his older brothers Jerry Jr., Louie, and Bobby, Al grew up helping at the station where he was surrounded by cars and racing culture. Jerry Jr. and Louie went to Pikes Peak for the first time as competitors in 1955. Jerry Jr. earned class wins there in 1956 and 1957. He started in the 1958 Indianapolis 500, but was knocked out of contention by a collision on the first lap. The following year, Jerry Jr. was killed in a crash while attempting to qualify for Indy. 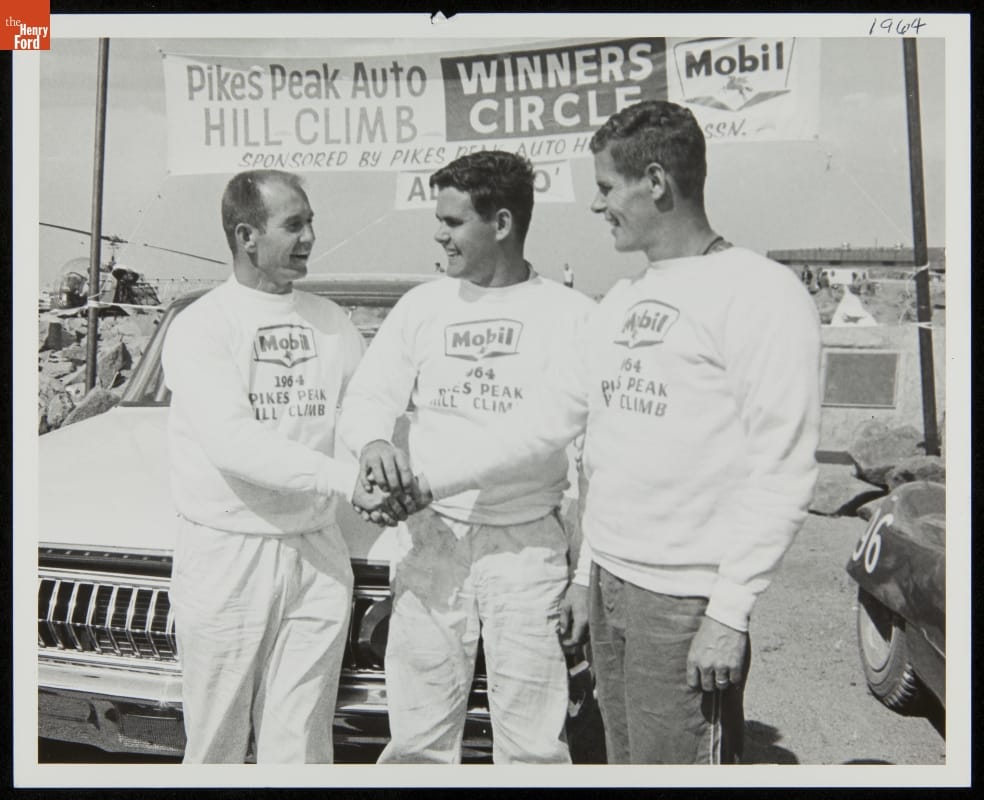 Al launched his own competitive driving career in 1957. Fittingly, his first taste of success came at Pikes Peak. He interrupted his brother Bobby’s successful streak on “America’s Mountain” by claiming the overall victory in 1964. Al then turned in a repeat performance with another overall win in 1965. That same year, he made his debut in the Indianapolis 500. Al finished ninth, ahead of Bobby (who placed nineteenth) but behind Jim Clark and his rear-engine revolution. 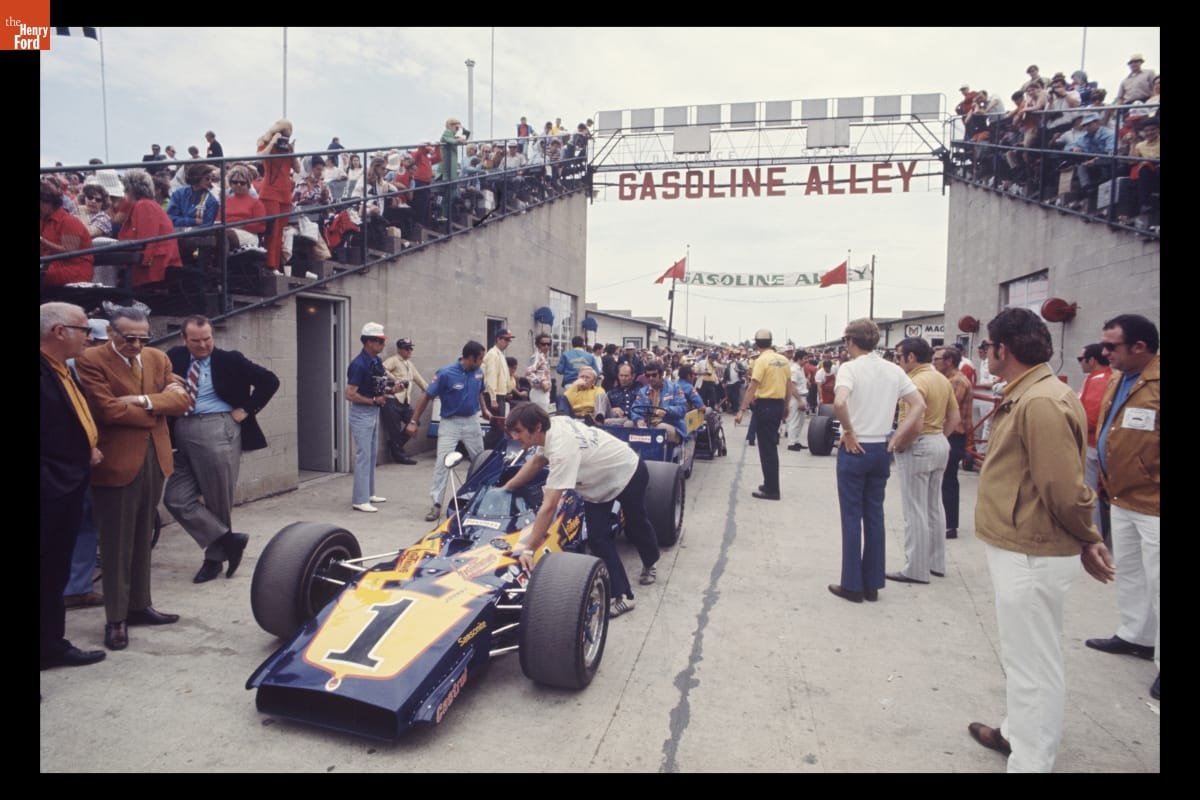 Al scored a second-place Indy 500 finish in 1967 and, the following year, he joined Vel’s Parnelli Jones Racing team and chief mechanic George Bignotti. Al’s first win at the Brickyard came in 1970, when he dominated the race by leading 190 of the 200 laps. Just as he had done at Pikes Peak, Al posted a repeat win at Indy by taking the checkered flag again in 1971. In both years, Al turned heads not just with his performance, but with his distinct blue and yellow cars sponsored by toymaker Johnny Lightning.

Unser notched another Indy 500 win in 1978. That year’s victory was followed later in the season by wins at Pocono Raceway and Ontario Motor Speedway. The trio of checkered flags gave Al the Indy car “Triple Crown”—victories in all three of the 500-mile races on the 1978 calendar. 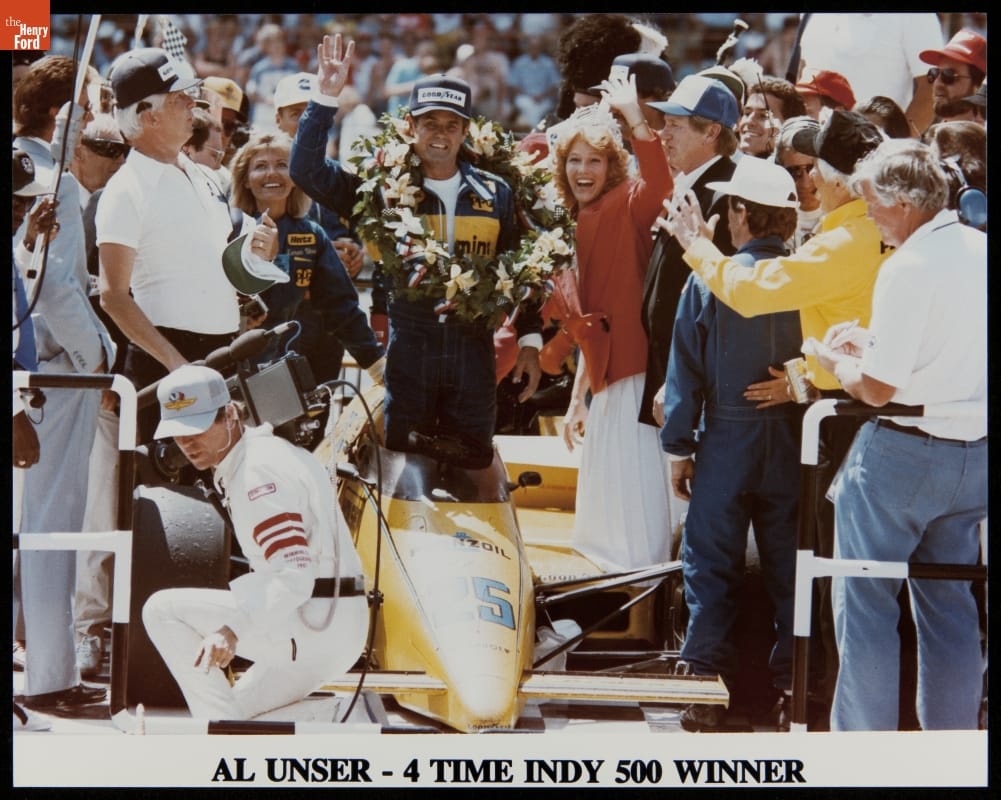 Unser’s fourth Indianapolis 500 win shouldn’t have happened at all—which made the triumph that much sweeter. Al was without a ride heading into the 1987 race. But when Team Penske’s Danny Ongais went into the wall during practice and then withdrew from the race under doctor’s orders, the team offered Unser the chance to take his place. Al was less than a week from his 48th birthday, but he was game for another run at the greatest spectacle in racing. Unser started the race in 20th position but steadily moved toward the front, taking the lead on lap 183. He held off the opposition long enough to take the checkered flag with an average speed of 162.175 mph. At that moment, not only did Al become the second driver to win the Indianapolis 500 four times (after A.J. Foyt), he also became the oldest driver to win the race (beating a record set by his brother Bobby, who’d won in 1981 at age 47).

Al retired from competitive driving in 1994, but not before racing several times against his son, Al Unser, Jr. “Little Al” earned two Indianapolis 500 victories of his own, taking the checkered flag in 1992 and 1994. Altogether, an Unser won the Indy 500 nine times from 1968 to 1994—one-third of the races held in those 26 years! 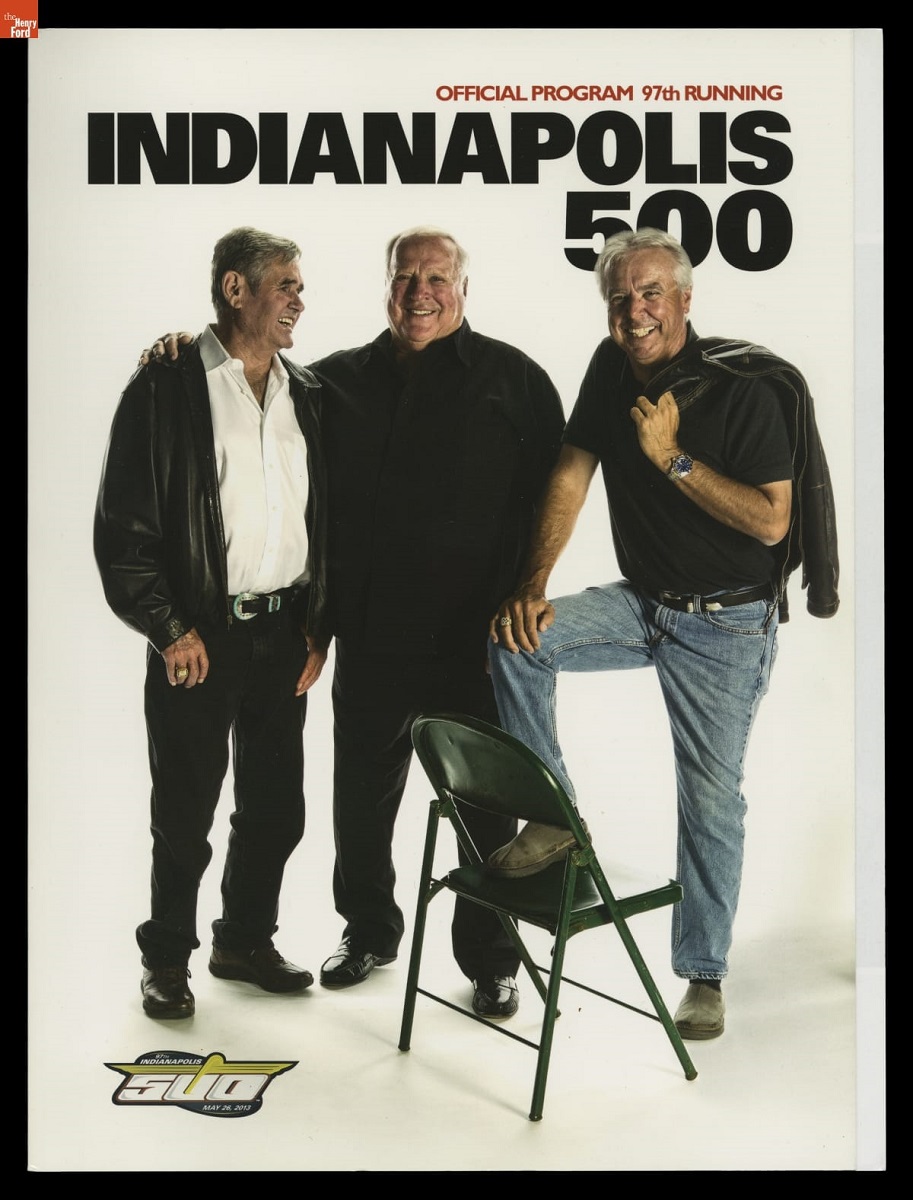 We join the racing world in mourning the death of Al Unser, Sr. His passing is especially hard coming in the same year that saw the loss of his brother, Bobby, and his nephew (and Bobby’s son), Bobby Unser, Jr. Al’s achievements and his impressive record will endure, as will the incredible legacy of the Unsers of Albuquerque, the first family of American racing.

You can hear Al Unser, Sr., describe his career and accomplishments in his own words on our “Visionaries on Innovation” page here. 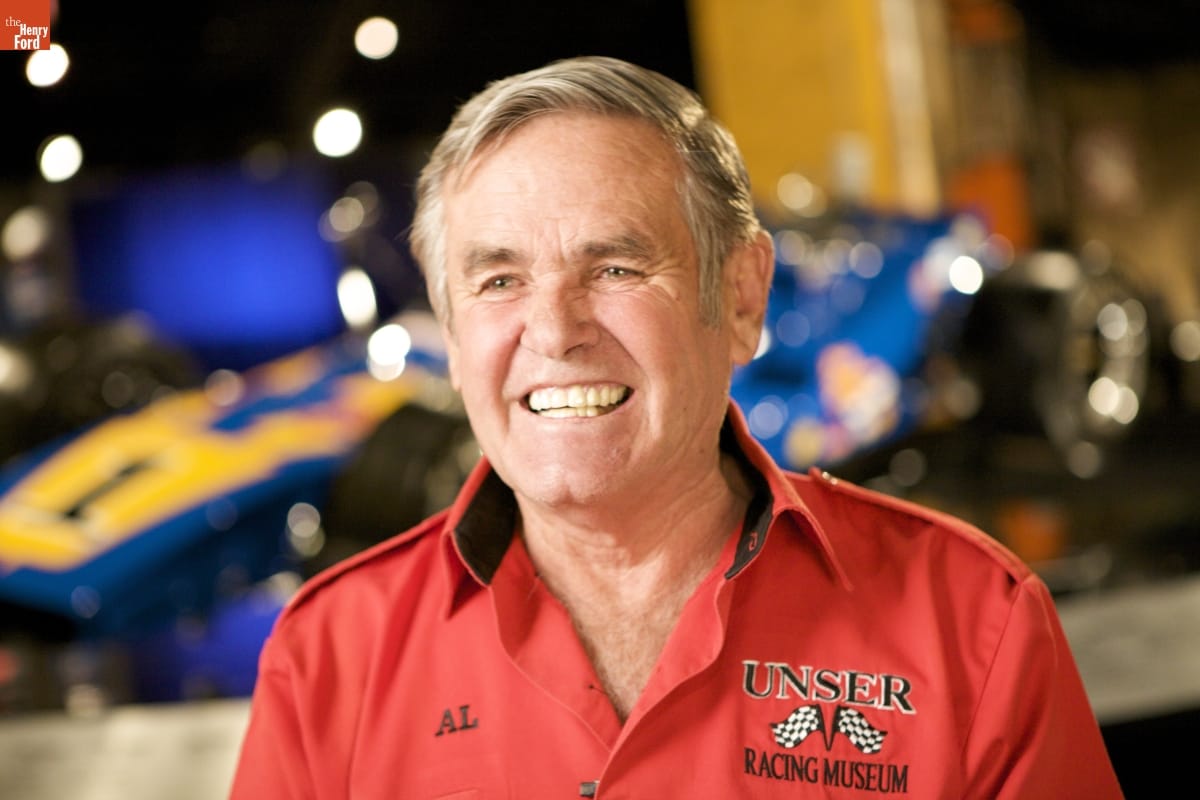