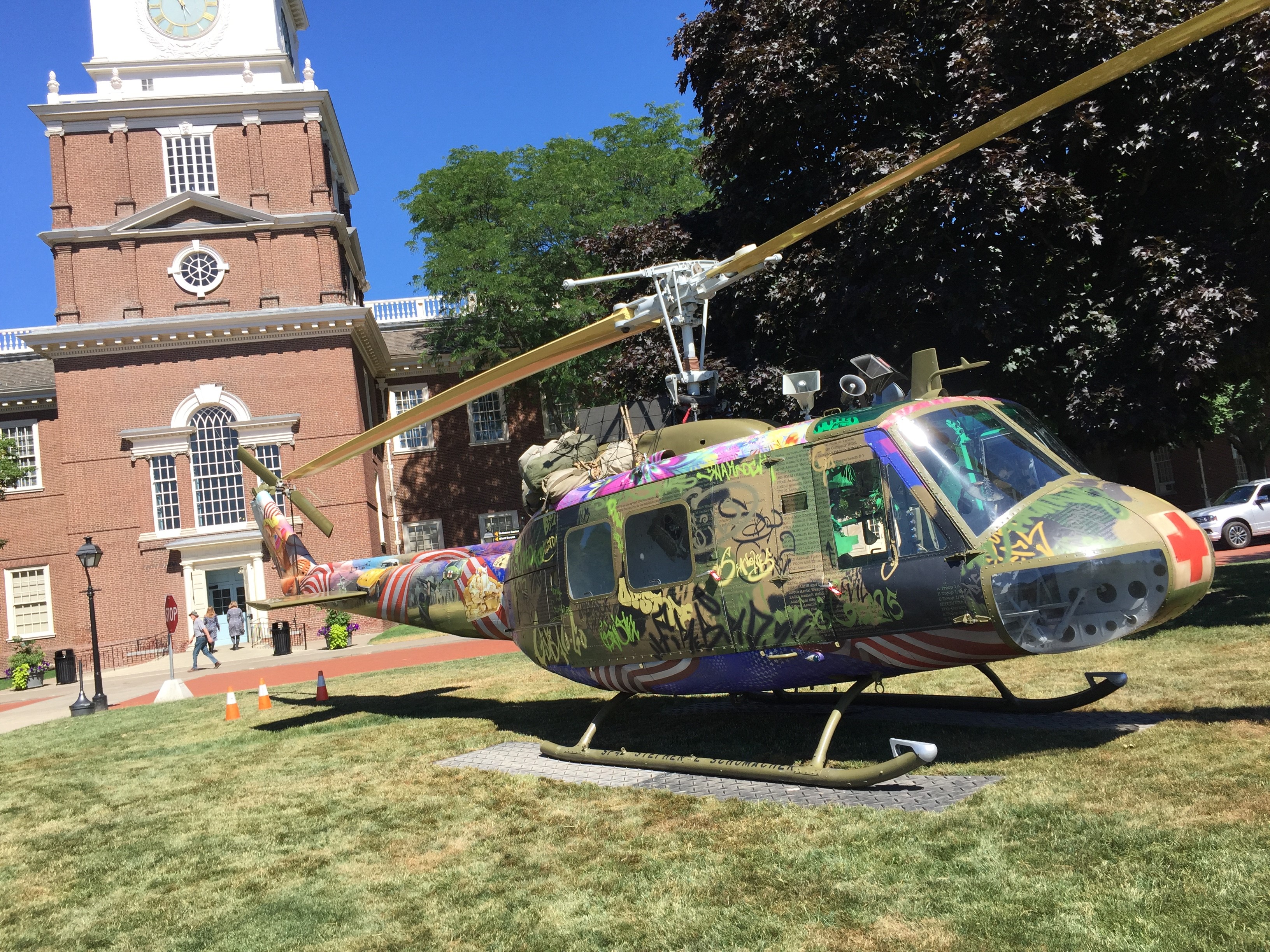 The Vietnam War is remembered as “the Helicopter War” for good reason. The Huey helicopter played a pivotal role serving the U.S. Armed Forces in combat as well as bringing thousands of soldiers and civilians alike back to safety. The helicopter’s prominent rotor “chop” and striking visual as it flew in groups across the sky, became iconic symbols of a challenging period in our nation’s history; symbols that continue to evoke powerful feelings today.

The Henry Ford is proud to host a special display on the front lawn of Henry Ford Museum: Take Me Home Huey is mixed-media sculpture created from the remains of an historic U.S. Army Huey helicopter that was shot down in 1969 during a medical rescue in Vietnam.

Artist Steve Maloney conceived of the piece to draw attention to the sacrifices made by veterans of the U.S. Armed Forces, and the 50th anniversary of the start of the Vietnam War. Maloney partnered with Light Horse Legacy (LHL), a Peoria, Arizona-based nonprofit and USA Vietnam War Commemorative Partner focused on Post-Traumatic Stress Disorder. LHL acquired the Huey helicopter – #174 – from an Arizona boneyard, re-skinned and restored it, and delivered it to the Maloney to transform into art for healing.

Greg Harris is Senior Manager of Events & Program Production at The Henry Ford.

A Green Flag for Summer

Memorial Day, June 1, school letting out. It seems there are plenty of different dates that mark the beginning of summer for some people; the summer solstice on June 21 being far too late.

For me, summer has always begun with the flash of sunshine on chrome-heavy bumpers, the throaty roar of a high-performance engine, and the smell of barbecue tinged with a bit of exhaust – for me, summer begins on June 14 this year, and every year around this time, with our Motor Muster car show in Greenfield Village.

This event is the essence of summertime fun – distilled delight for all the senses. Just as novelist Ray Bradbury in his 1957 classic, Dandelion Wine, described the nostalgic summer wine made by the main character’s grandfather, Motor Muster is “...summer on the tongue...(it’s) summer caught and stoppered.” Continue Reading