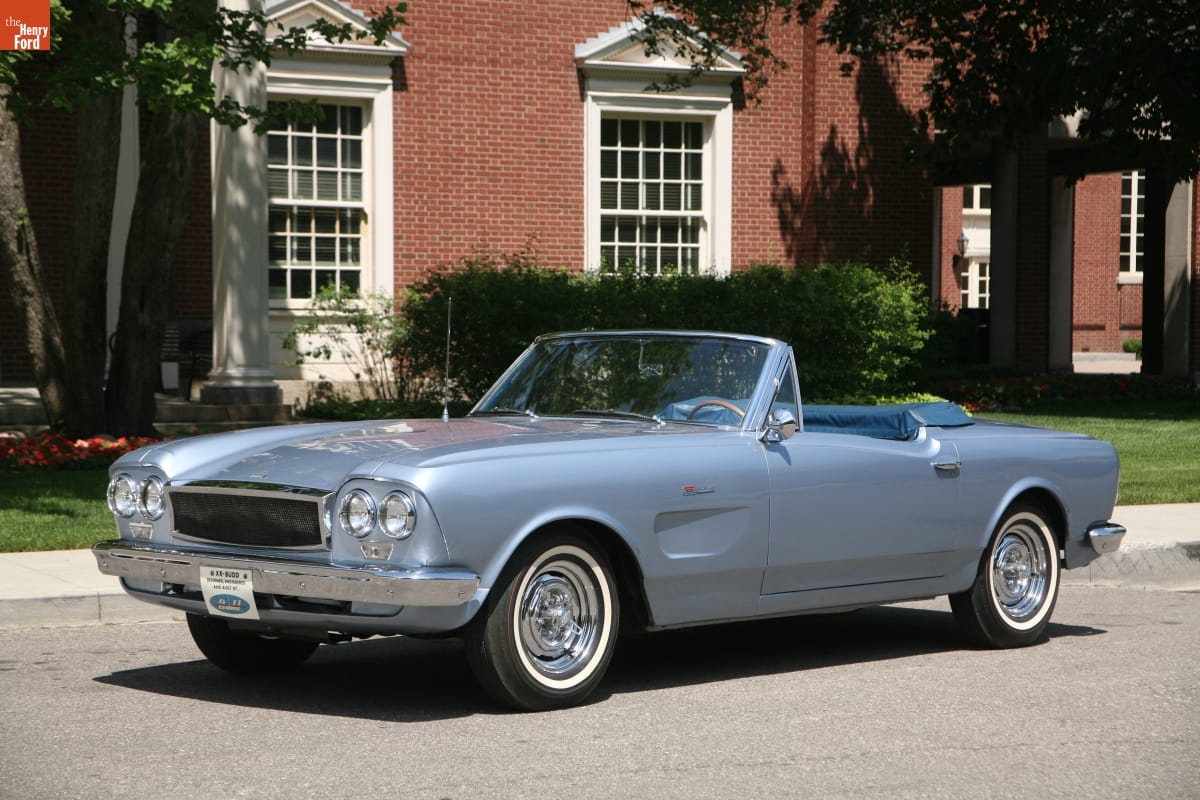 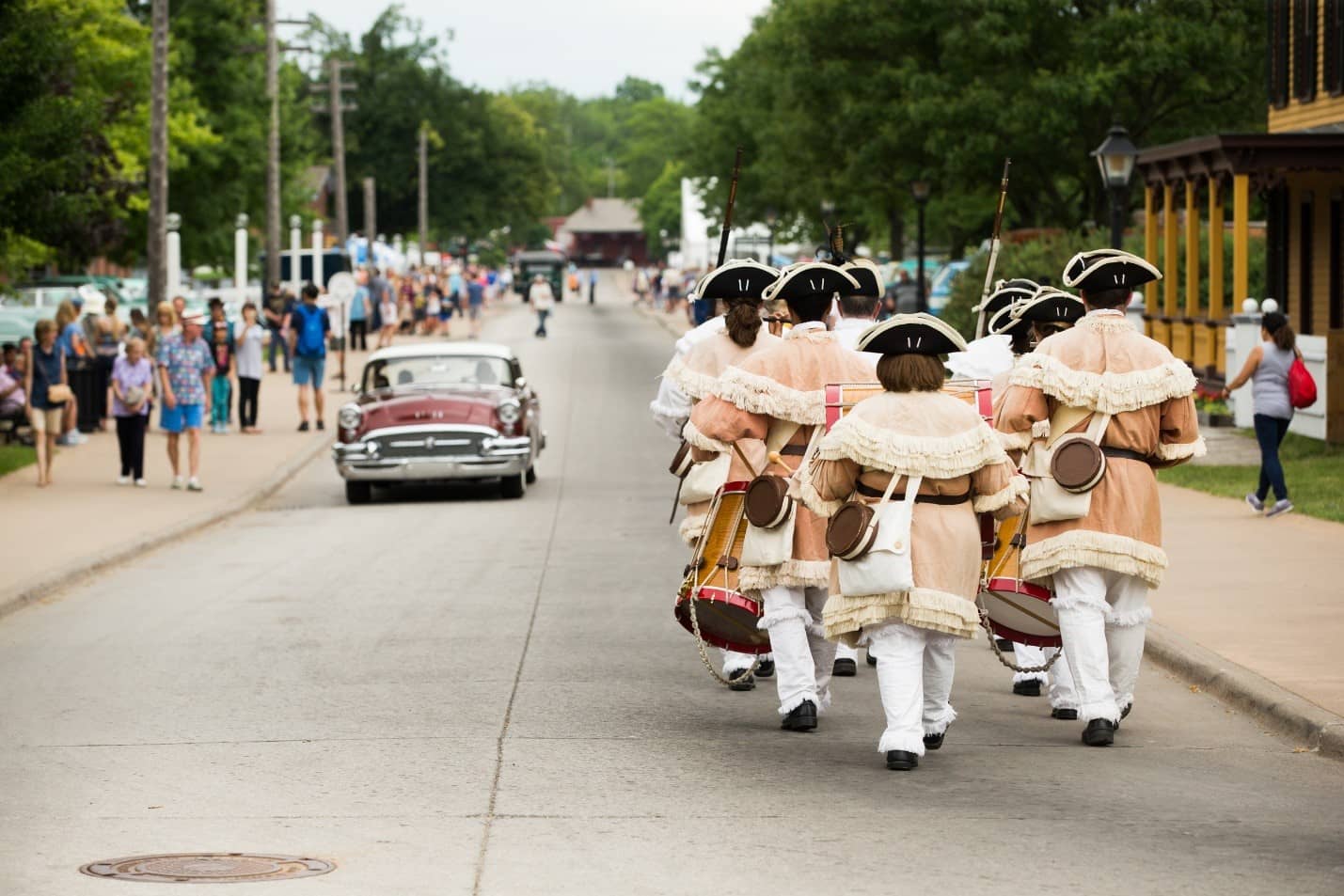 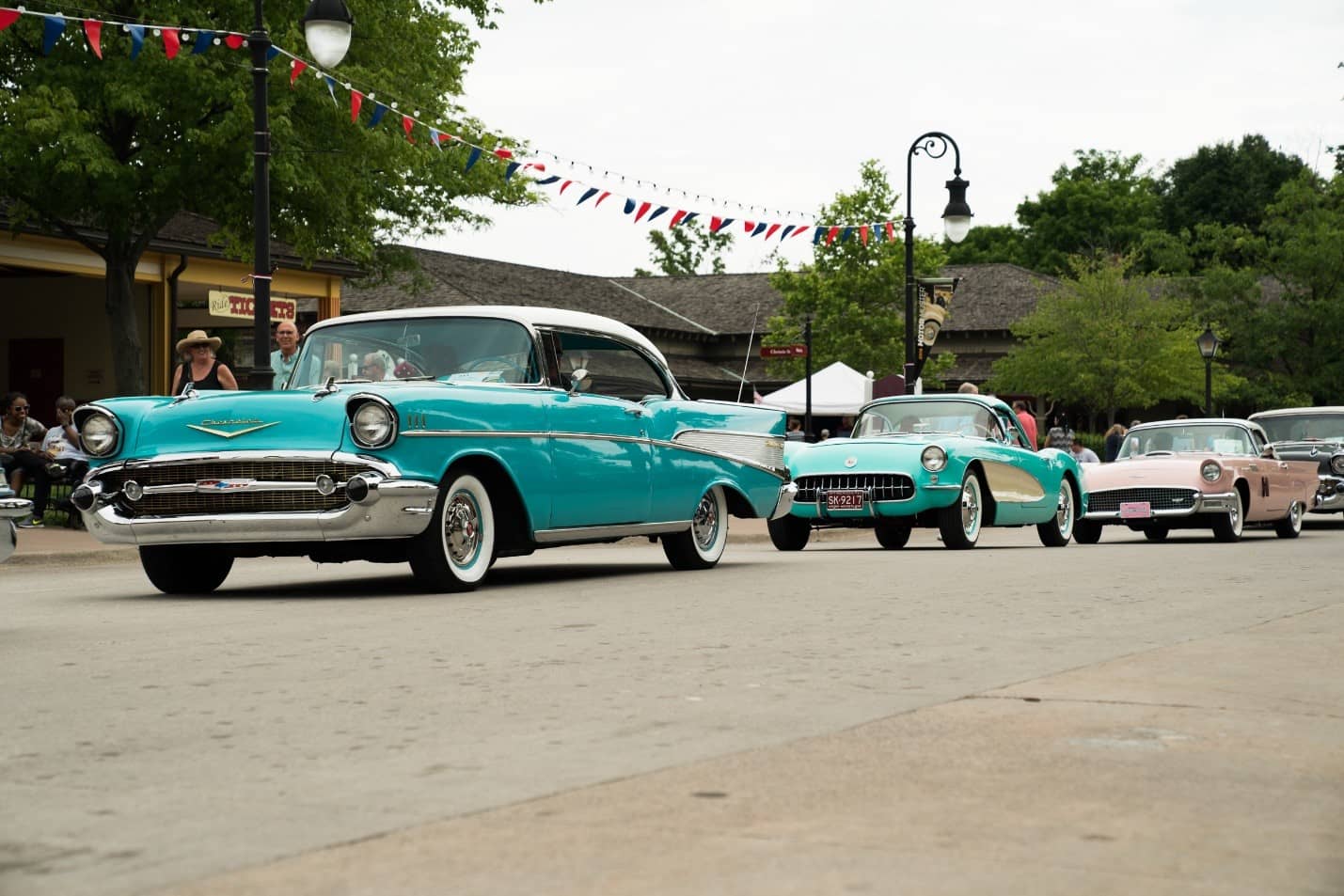 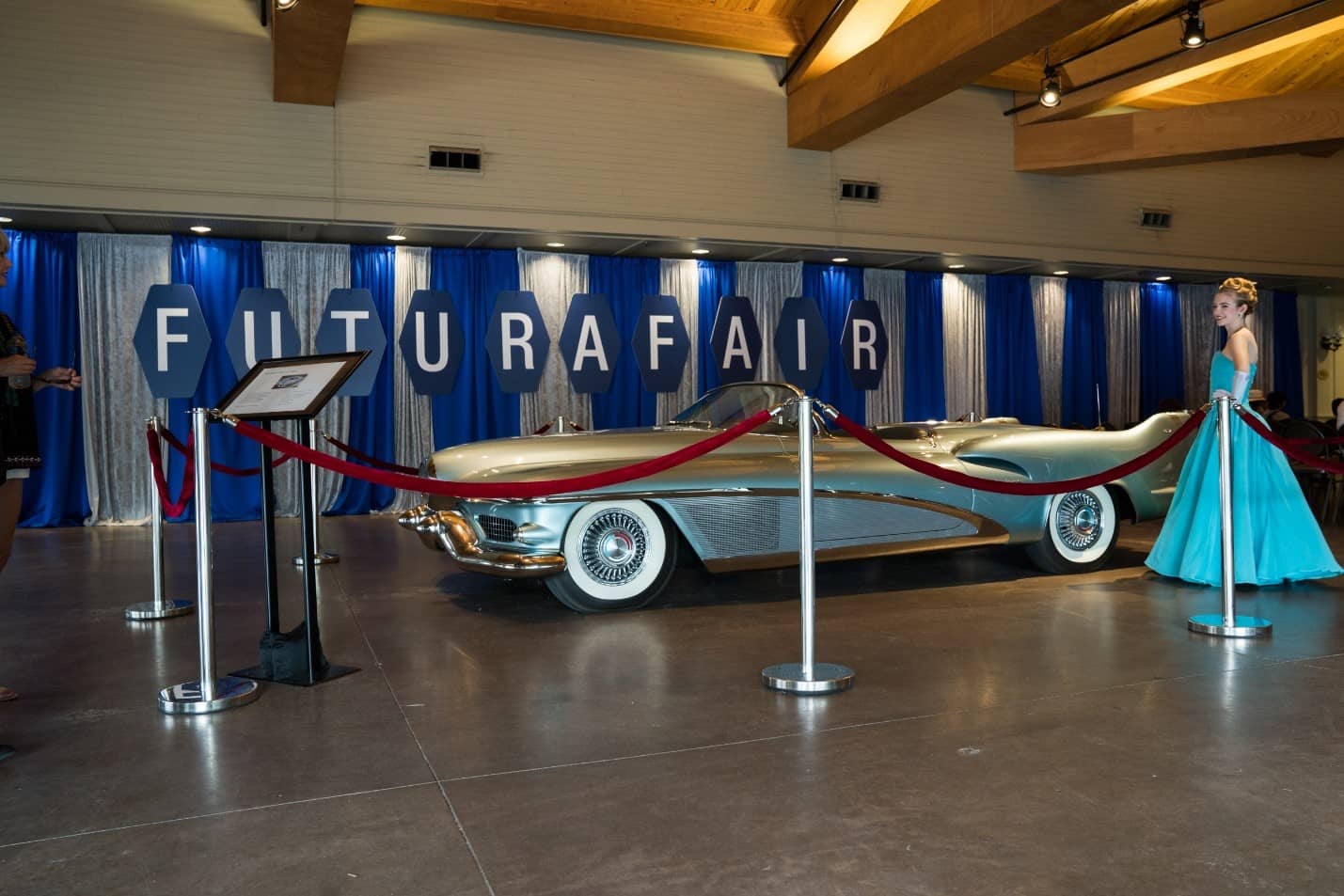 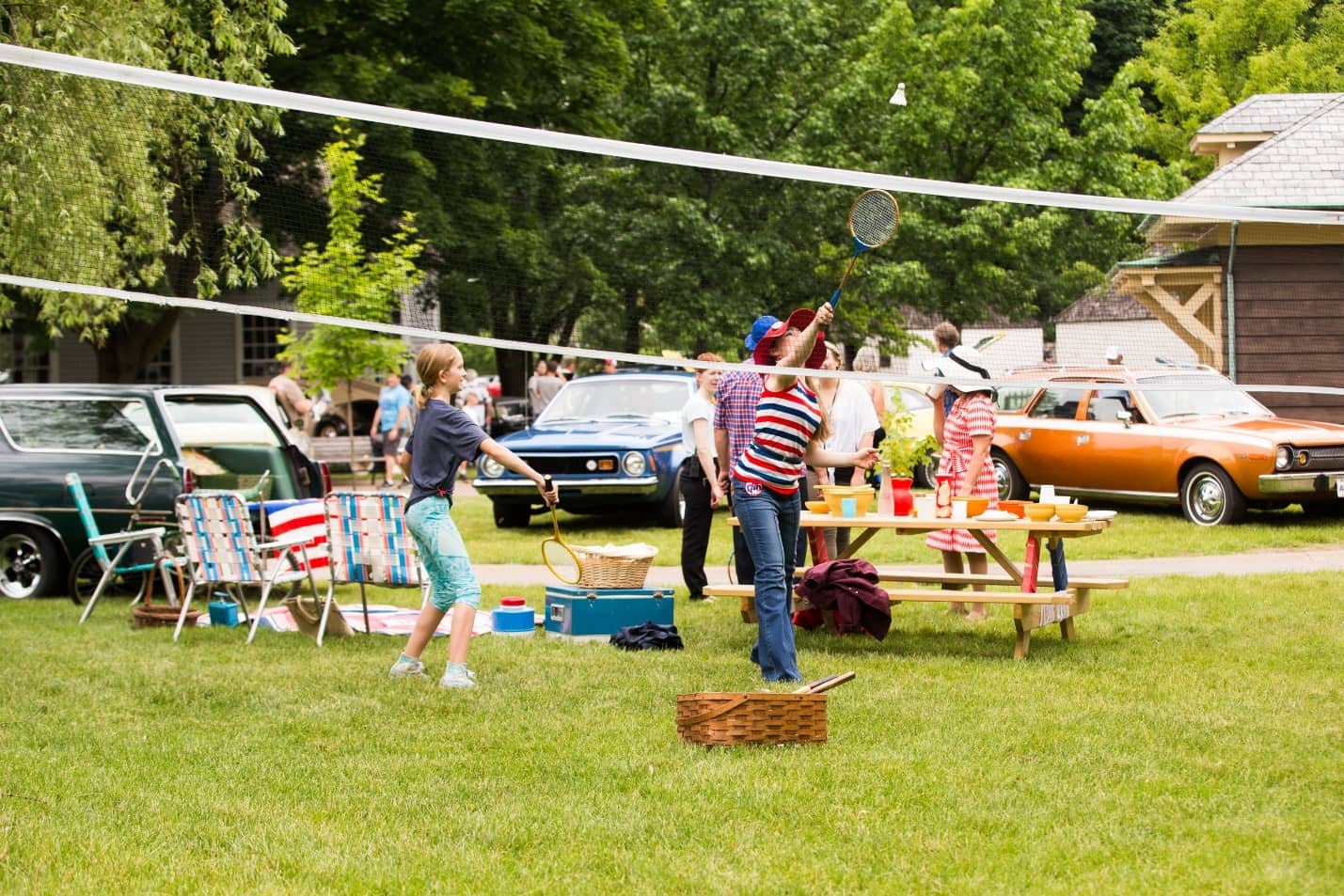 If it’s summer, it’s car show season. And if it’s Father’s Day weekend, then it’s time for Motor Muster at The Henry Ford. Some 850 cars, bikes, commercial and military vehicles gathered in Greenfield Village for our annual celebration of automobiles built from 1933 to 1977. This year, we paid special attention to muscle cars, those massive-engine, intermediate and full-sized cars that reined for about ten years before rising insurance premiums and gas prices – to say nothing of tighter emissions regulations – put them out to pasture. Formally, the muscle car’s beginning is traced to Pontiac’s GTO performance package, first offered for the 1964 model year. But 2014 was the year of the Mustang at Motor Muster (and besides, our own GTO is a 1965 model) so 2015 seemed like a perfect opportunity to salute Detroit’s horsepower heavies. Continue Reading

What a weekend! Thanks to everyone, from our participants to our guests, who made this year's muster a big success.

If you have a favorite photo from the event, we'd love to see it. Feel free to share it on our Facebook page or tag us on Twitter with #GVMotorMuster.

Here are some of our favorite photos from Motor Muster 2013. To see more, check out our Facebook album.

For the 2013 Motor Muster, weve got a lot of firsts to offer our members and visitors June 15-16. Were pleased to announce that this year we have the largest collection of manufacturer modified muscle cars EVER gathered in Greenfield Village for Motor Muster. How many, exactly? More than 900 classic cars, vintage trucks, motorcycles and bicycles, thats how many. Representing the 1930s through the 1970s, the classic era of the automobile has never been better represented in Greenfield Village.

Joining us this year is the Daytona-Superbird Auto Club. Visiting Michigan for their annual national meet-up, these dealer showroom show-stoppers will join us both Saturday and Sunday. These classic aero-cars, like the Plymouth Road Runner Superbird, Dodge Charger Daytona, and the Ford Torino Talladega, are a welcomed addition to our muster.

Its not just muscle cars and classic cruisers on display this weekend. Military vehicles from World War II to Vietnam will be on display near Cotswold Cottage throughout the weekend. You can also learn why Detroit was known as the Arsenal of Democracy, during a presentation from John Lind, director of the Detroit Arsenal of Democracy Museum, on Saturday at 6:30 p.m.

On top of all this, Motor Muster will be the place to get your first look at our latest book, Driving America: The Henry Ford Automotive Collection, the first major book to be published on the cars of The Henry Ford's collection. We'll be talking more about the book here on the blog this summer, but this weekend is your first chance for a peek at what we've been up to.

With more than 300 never-before-published images of historically significant vehicles, the book sheds light on the uniquely shared American dreams that drive us all. The book includes a forward from Jay Leno, an introduction by Edsel Ford II, and four insightful essays from Patricia Mooradian, our president, the book's photographer Mark Harmer, Matt Anderson, curator of transportation at The Henry Ford and Bob Casey, automotive historian and retired curator of transportation at The Henry Ford.

Both Bob and Matt will be signing copies of the book at 2 p.m. on Saturday inside the Greenfield Village store.

Later that evening you can catch Matt once again during a special racing presentation at 6 p.m. Matt will talk about the world of drag, midget and stock car racing of the 1930s-1950s as we continue to work on bringing Racing in America to Henry Ford Museum.

Do you have a favorite aero-car memory? What was your favorite car of the weekend? Whatever it is, we want to know! Make sure to share your Motor Muster experiences by tagging your Tweets with #GVMotorMuster.