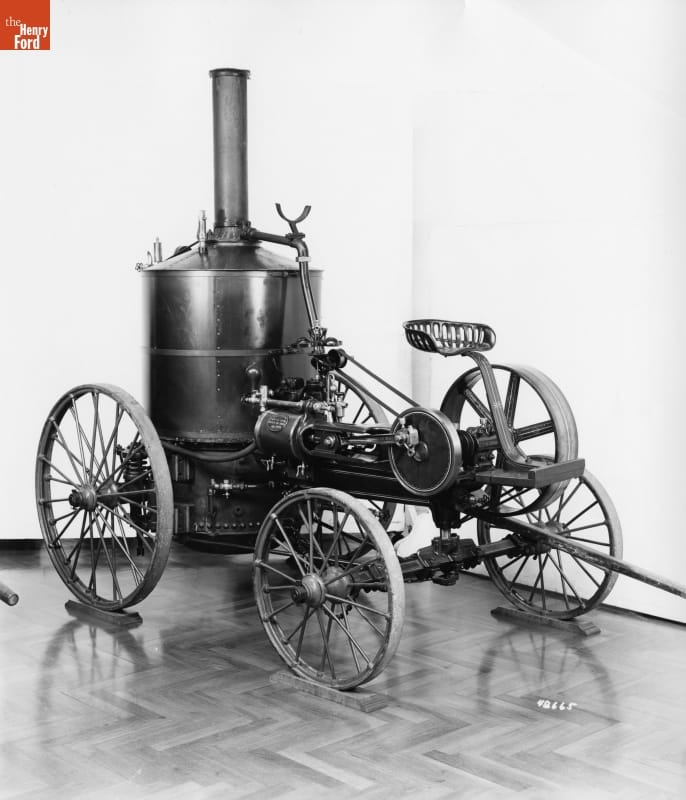 In 1882, 19-year-old Henry Ford had an encounter with this little steam engine that changed his life. Though initially unsure of his abilities, he served as engineer, overseeing the maintenance and safe operation of the engine for a threshing crew organized by Wayne County, Michigan farmer John Gleason. He went on to run the engine for the rest of the season, developing the skills and knowledge of an experienced engineer. This assured Henry Ford that machines--not farming--were his future. 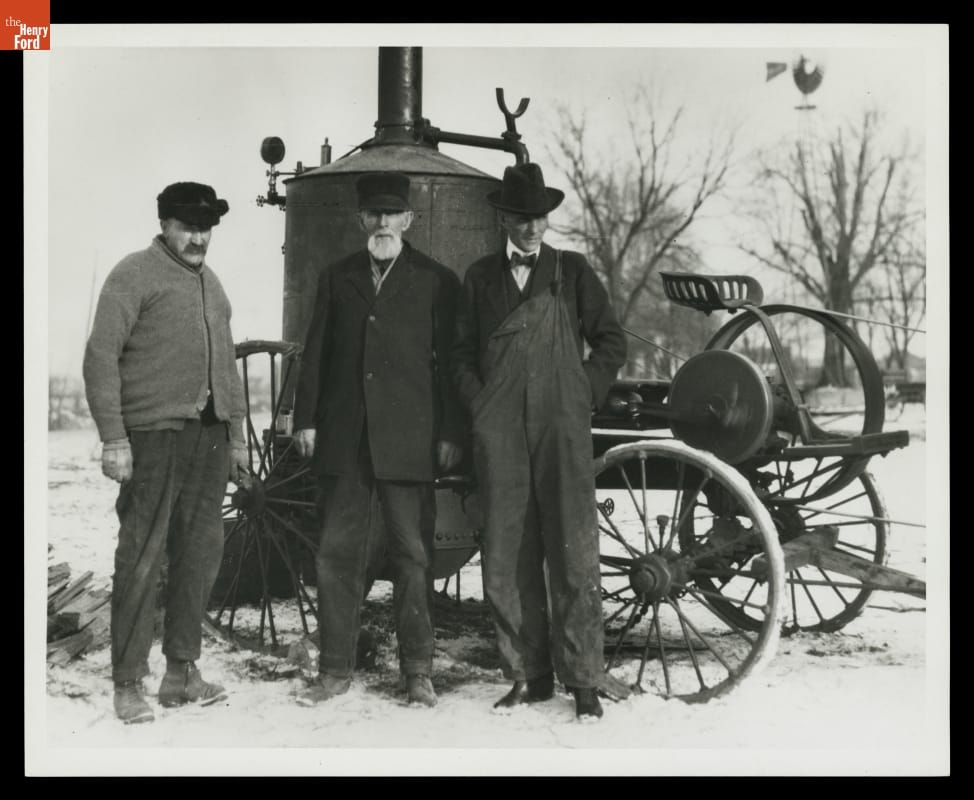 Pictured here with the steam engine are (left-to-right) Hugh McAlpine, James Gleason, and Henry Ford. This photograph was taken in 1920 on the Ford Farm in Dearborn. THF199289

Henry Ford never forgot this engine. Three decades later, as head of the world’s largest automobile company, he set out to find it again, sending representatives out scouring the countryside looking for the Westinghouse steam engine, serial number 345. Finally, one of his men found it in a farmer’s field in Pennsylvania. In 1912, Henry Ford purchased it from Carrolton R. Hayes, and had it completely rebuilt. Thereafter, Henry ran it regularly, often in the company of James Gleason, the brother of the man who originally bought it.

This artifact, so significant to Henry Ford’s life story, is significant in another way as well: this is the first item collected by Henry Ford that remains in our collection today.