The posters designed for Herman Miller’s annual employee picnic are some of the best-known examples of American graphic design from the latter half of the 20th century. Much has been written about how the 1970 poster was Steve Frykholm’s first assignment as Herman Miller’s first internal graphic designer—as well as how his series of posters gained fans almost immediately. Museums took notice and collected these posters, even while the series was still ongoing—including The Henry Ford. However, Frykholm did not design all of Herman Miller’s picnic posters, but the first 20 of them, from 1970–1989. Kathy Stanton, a graphic designer on Frykholm’s team, recalled telling Frykholm, “if you ever decide to give this [the picnic posters] up, I’ll be interested.” In 1989, after designing 20 posters, Steve Frykholm decided it was time to pass the reins, and took Kathy Stanton up on her offer. 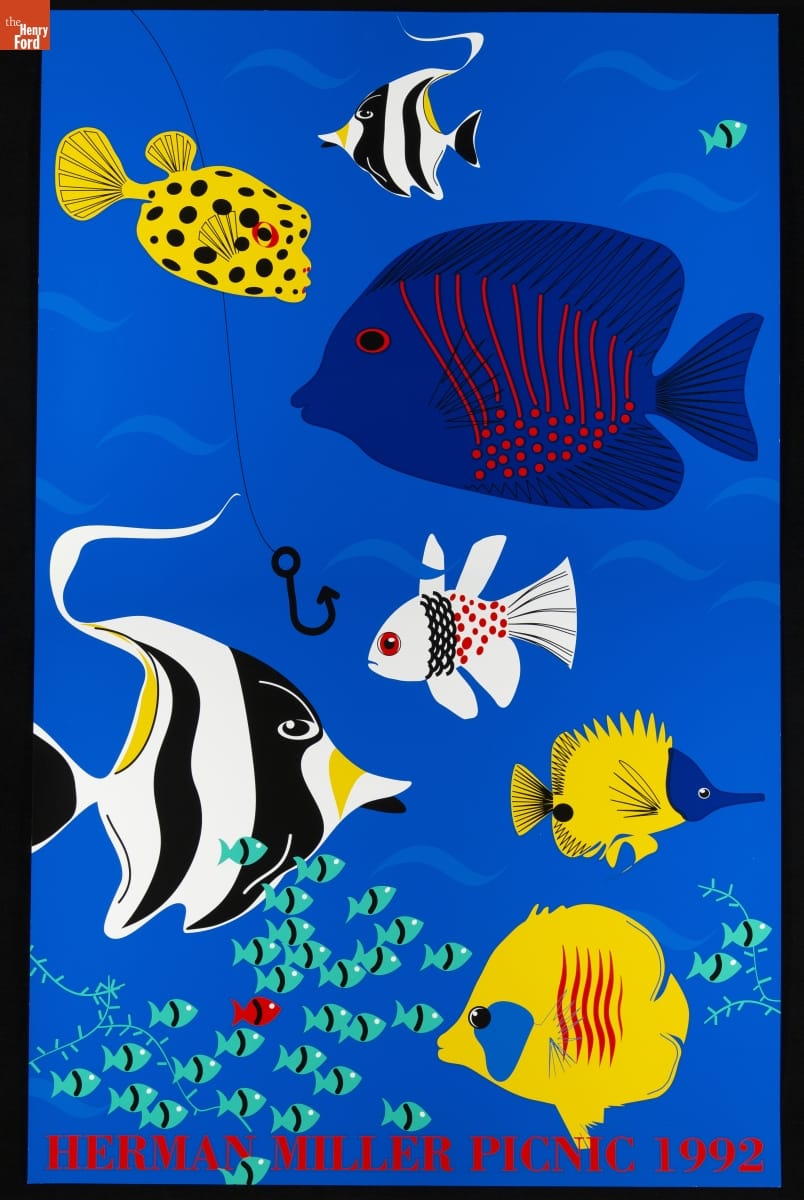 Kathy Stanton began taking art classes in high school at the Cincinnati Art Museum and the University of Cincinnati, in her hometown. She went on to attend the University of Cincinnati and received her Bachelor of Science degree in Graphic Design. In 1979, shortly after graduation (and in a tough job market), she was hired by Herman Miller to work in their internal graphic design department. Stanton worked on many projects in her time at Herman Miller, but she was particularly interested in designing for difficult technical and informational projects, like sales manuals and price books. She explained, “if you said it was impossible to digest, I was all on it.” The picnic posters, then, were a bit more free-form than the work that she had gravitated towards in her first decade at Herman Miller. 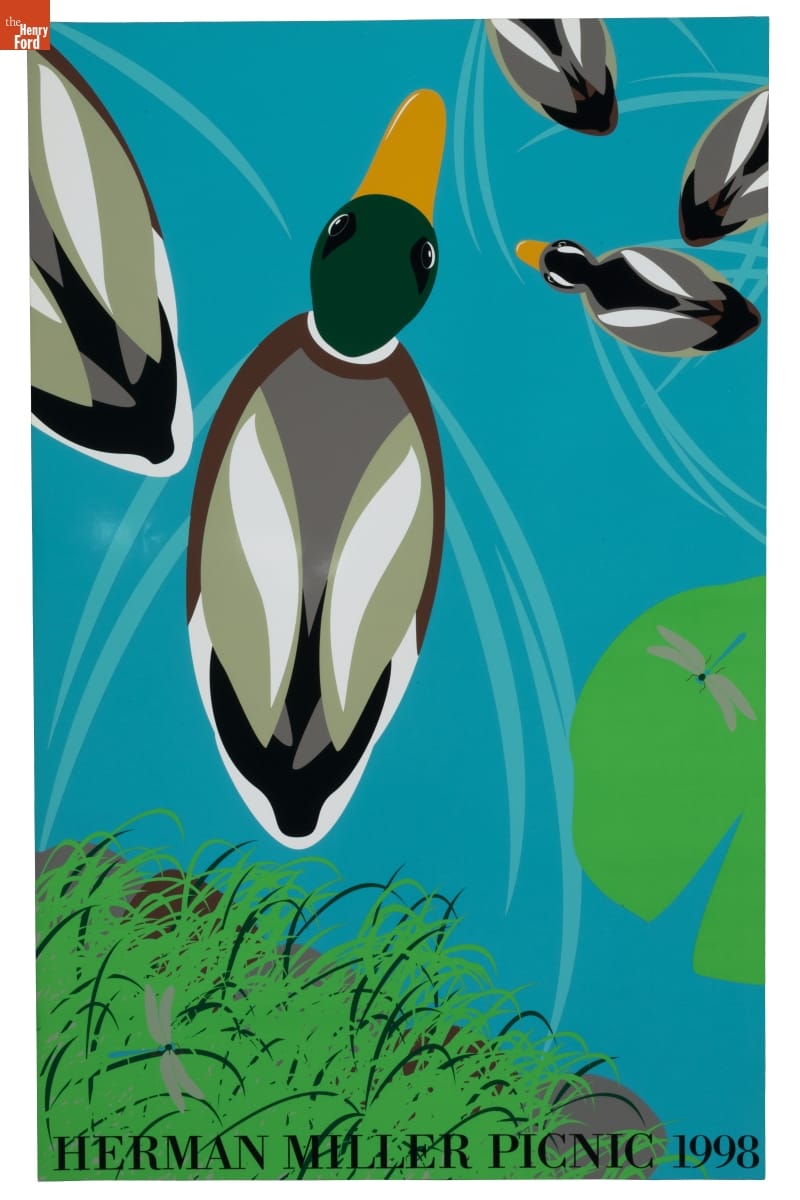 Frykholm’s picnic posters famously focused on the food that might be found at the company’s annual employee summer picnic. Stanton decided to take another approach. Each of the 11 posters Stanton designed, one each year from 1990–2000, showcases an activity or feature of the summer picnic—from the clown that entertained children and adults alike, to the mallard ducks floating in a pond, or a game of croquet or ring toss in action. The earliest of these posters—"Ring Toss,” 1990; “Carousel,” 1991; and “Fish,” 1992—coincide with the growing availability (and capability) of computer programs to aid in design. “Ring Toss” is the only poster of her series that did not utilize a computer; “Carousel” was a hybrid design; and “Fish” was designed using a computer program but drawn freehand. She recalled, “I can tell where I grew and how the programs improved as I designed the posters.” Each of Stanton’s posters also include a small “Easter egg,” or additional element to delight the viewer. The first poster, “Ring Toss,” features a small ladybug resting in the grass in the lower right quadrant. Can you find the surprise element in each of the other posters? 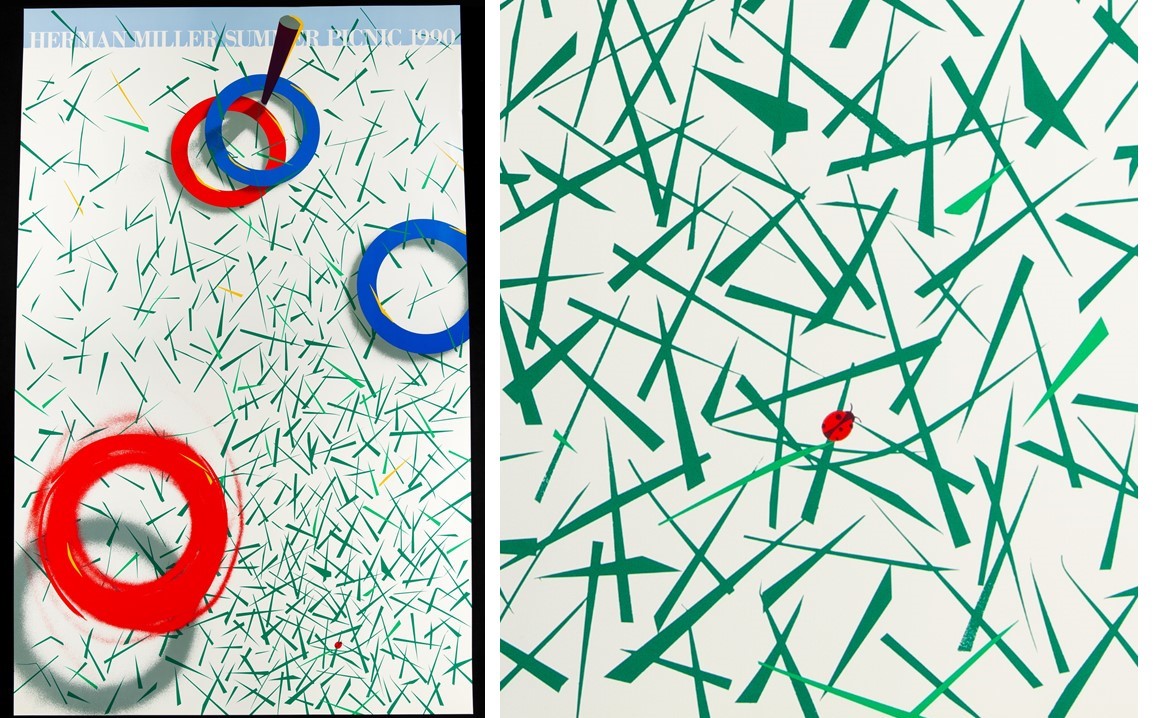 Stanton would hand off the picnic poster project to designer Brian Edlefson for the 2001 poster. He designed the series through 2005, when Andrew Dull took over and designed the final two posters in 2006 and 2007. Kathy Stanton would remain at Herman Miller until 2008, after 29 years at the company. Today, she is a freelance designer and artist working primarily in photography, painting, and jewelry-making. As she’s expanded her work, she still relies on balance, color, line, and composition—design concepts she learned in design school and honed at Herman Miller. 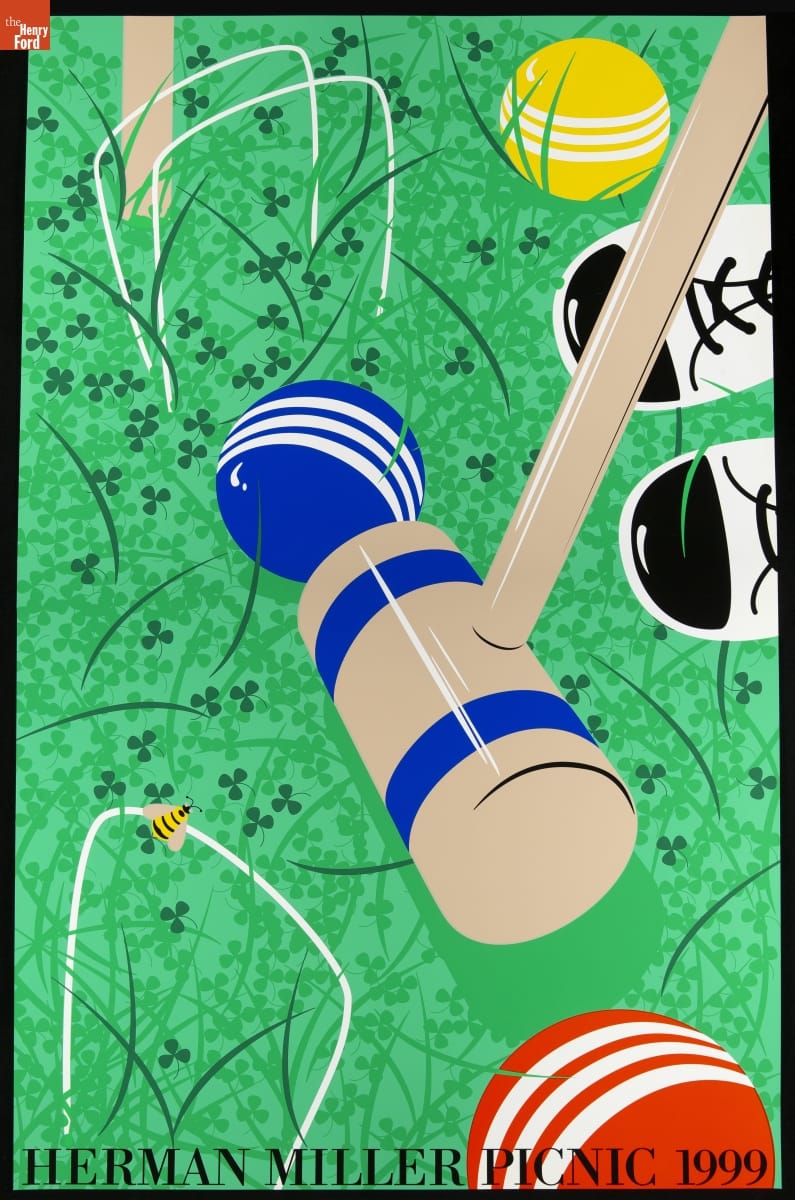 
Katherine White is Associate Curator at The Henry Ford.