Greenfield Village’s historic buildings were not Henry Ford’s first preservation effort.  Ford’s restoration of his own childhood home in 1919 set him on a preservation path.  And it was just the beginning.  Soon Ford began to restore other buildings.

In 1919, Henry Ford contemplated the importance of his own birthplace when a road improvement project required the farmhouse be either moved 200 yards from its original location or be torn down. 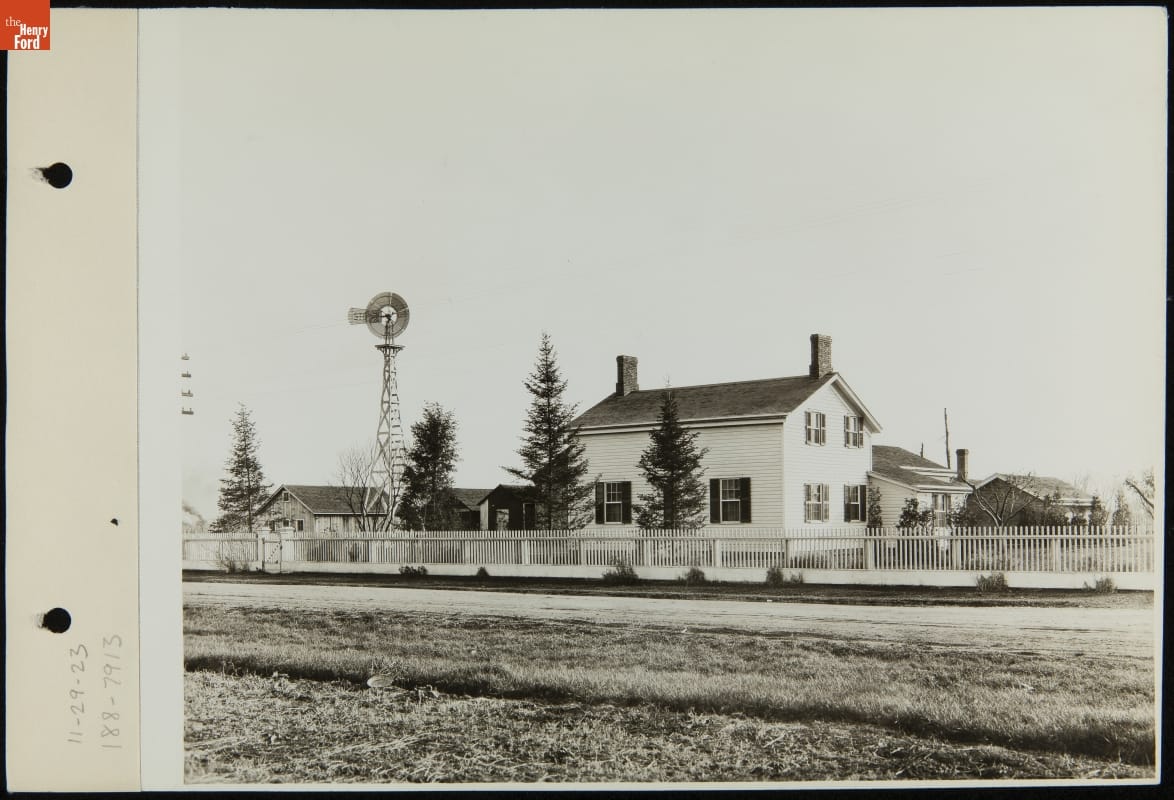 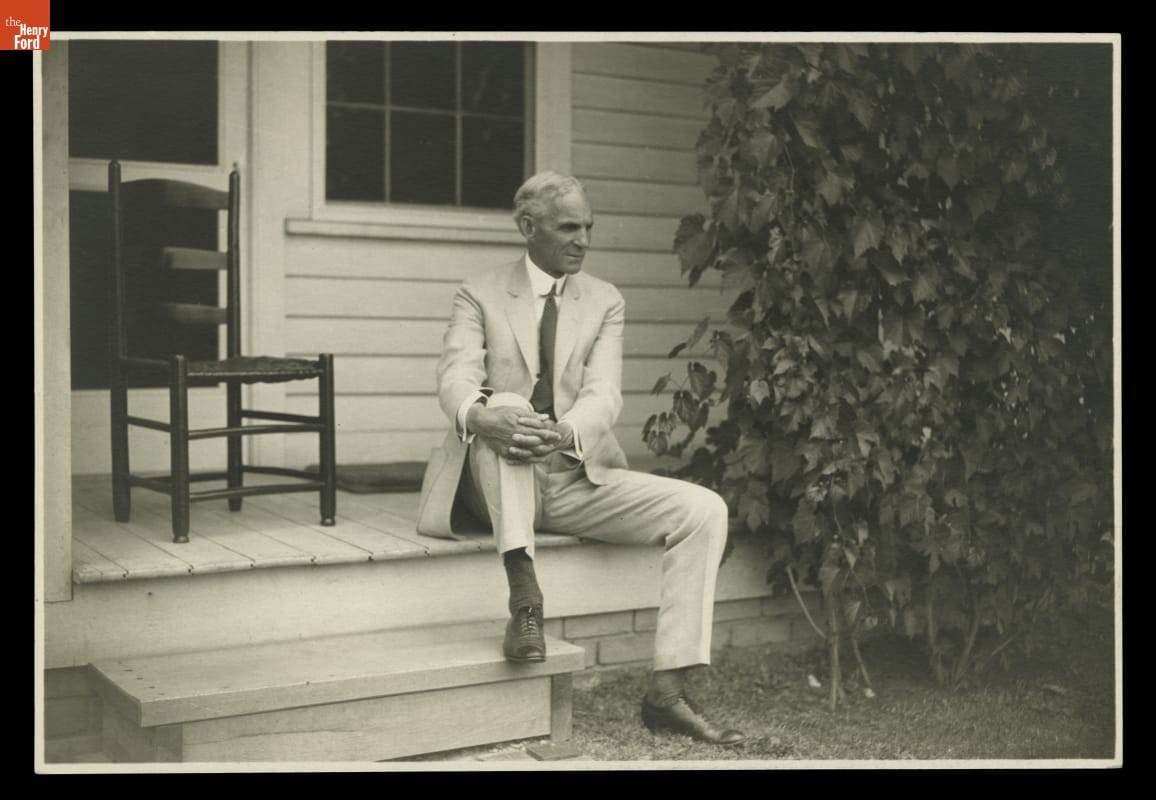 Ford decided to move the house and restore it to the way it looked at the time of his mother’s death in 1876, when he was 13 years old. For Ford, the project was personal--he took charge of the birthplace restoration, meticulously re-creating the details of the house. 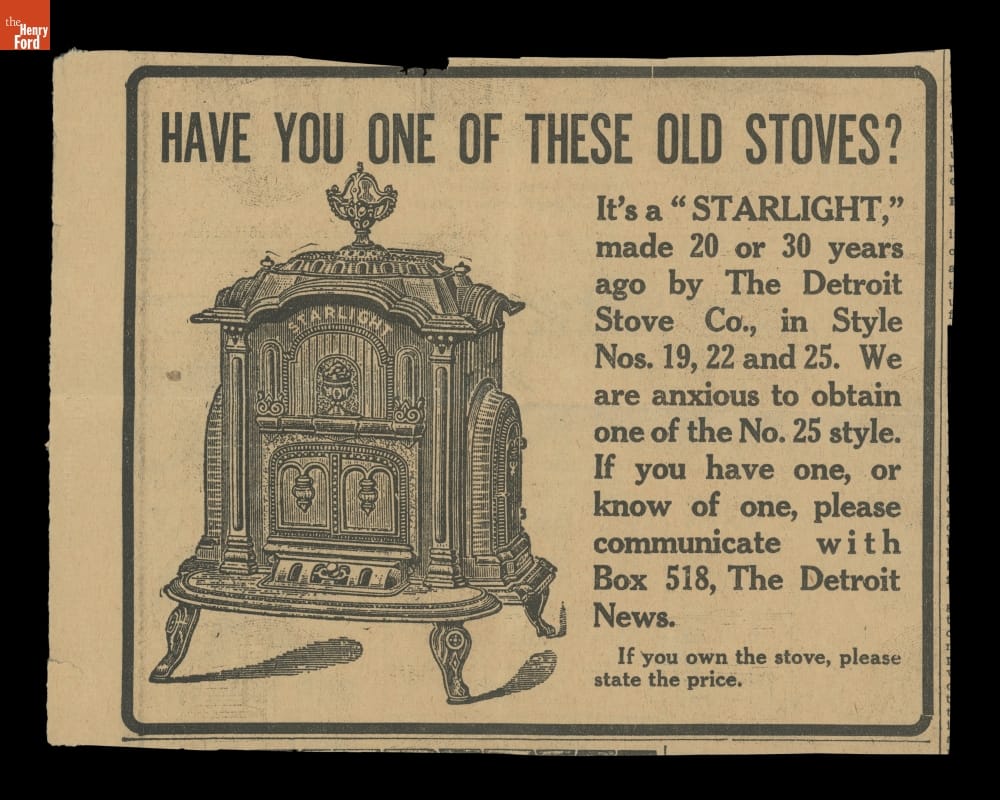 Ford’s assistants placed this advertisement in the Detroit News in the fall of 1922.  THF136552 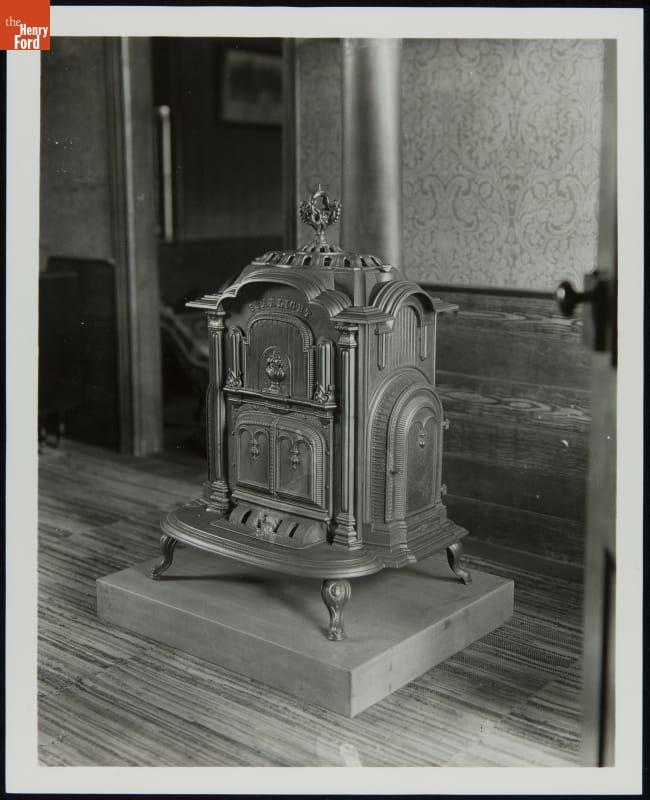 After an 18th-month-long search, a Starlight stove like the one Ford remembered from childhood took its place in the restored Ford birthplace. THF255596

Ford worked hard to find original or similar furnishings. For 18 months, he searched for a Starlight stove like the one in the dining room when he was growing up.  Ford’s staff contacted stove manufacturers and dealers and used the network of Ford Motor Company branch offices and automobile dealers to comb the country. When nothing turned up, his staff even placed advertisements in Detroit newspapers--though not revealing that it was Henry Ford who wanted the stove. After a nationwide search, Ford’s desire for a Starlight No. 25 was satisfied at last. He found one in a small Michigan town, paying $25 for it. Piece by piece, Henry Ford was re-creating his childhood home as he remembered it. 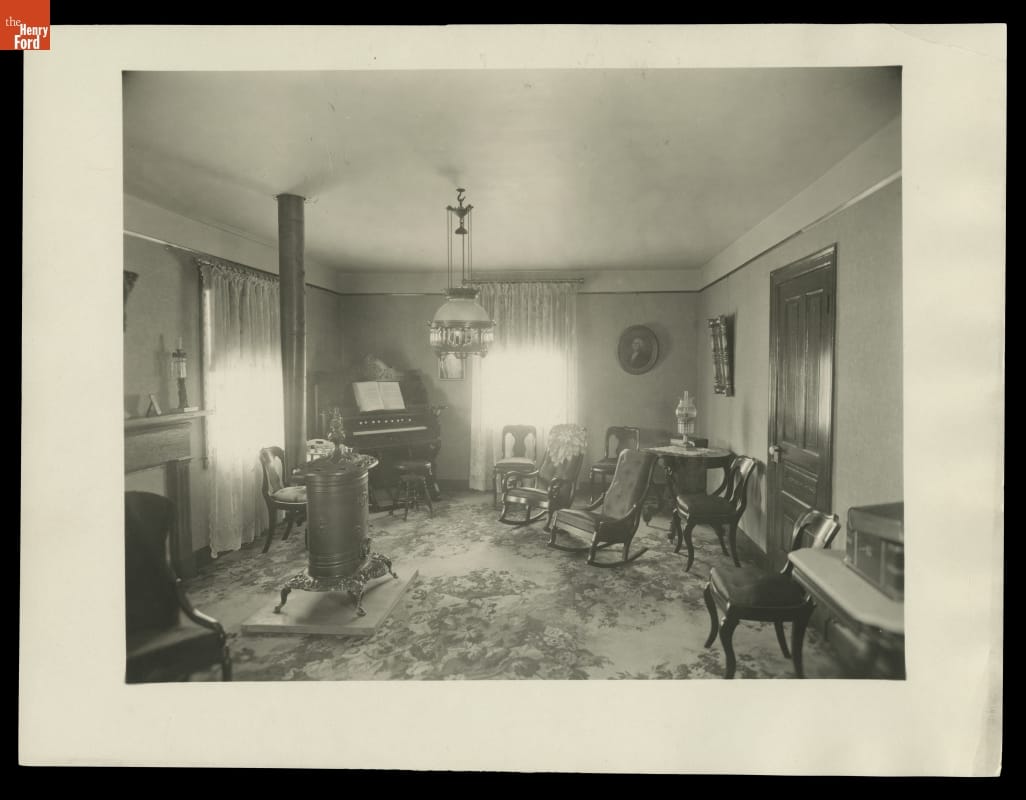 When the restoration of Ford’s childhood home was complete, people were awestruck by its authenticity. It seemed remarkable to him, and others, how a re-created environment could catapult one into another time and place. 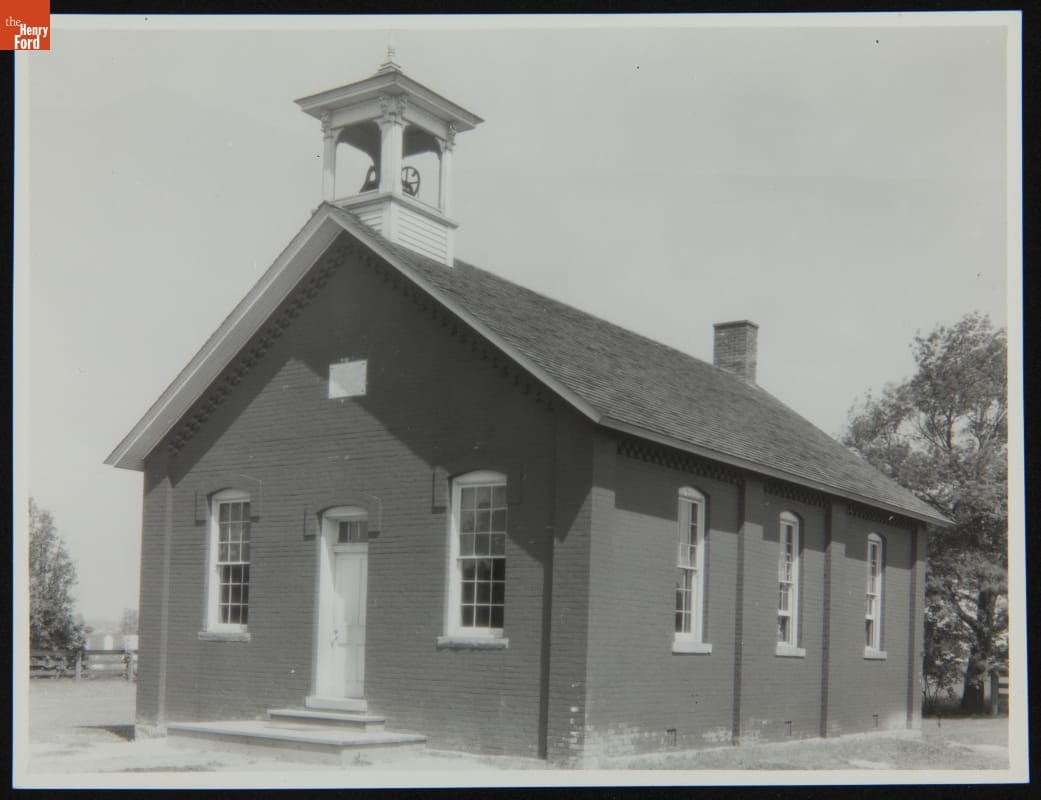 In 1923, Ford bought and preserved the red brick Scotch Settlement School he had attended as a child.  Henry Ford kept the building on its original site while he supervised every detail of its restoration.

Henry Ford’s restoration of his birthplace had received extensive press coverage.  Not surprisingly, Americans deluged the wealthy man with pleas of assistance for preservation projects of their own.  Although Ford turned down most requests for assistance, a few caught his fancy. 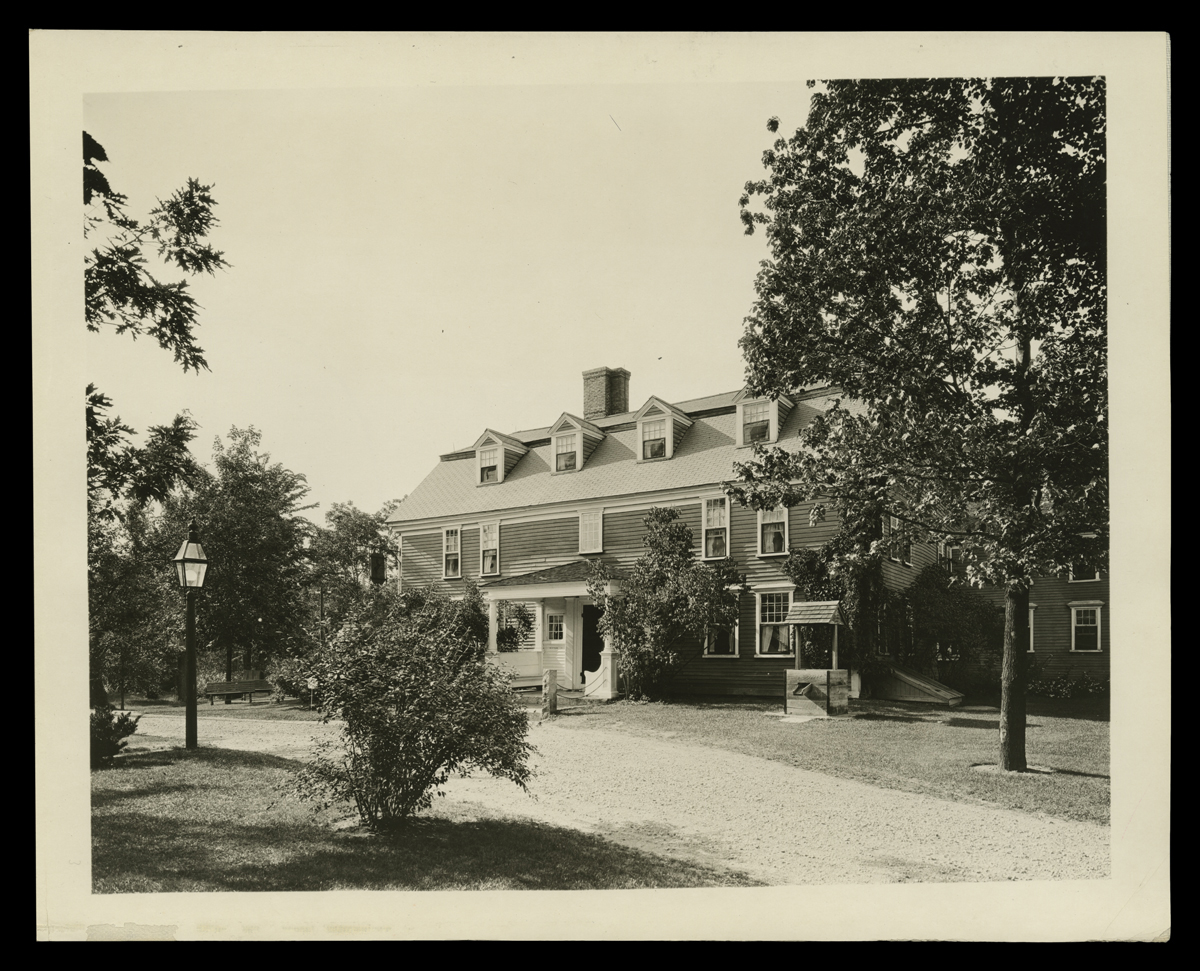 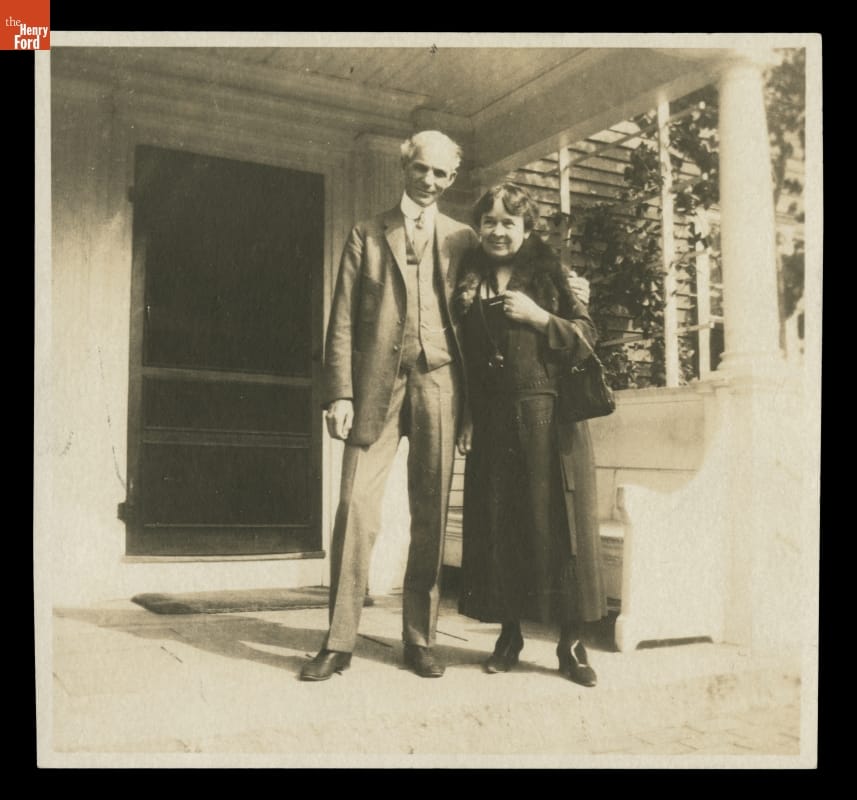 Henry and Clara Ford periodically visited the Wayside Inn, whose doors had been opened to the public.  By 1927, however, Henry’s attention increasingly turned to his plans for his historical village and museum in Dearborn.  THF 98987

Ford agreed to assist in the restoration of the 1686 Wayside Inn in Sudbury, Massachusetts, west of Boston. Henry Wadsworth Longfellow had made the inn famous in his Tales of a Wayside Inn. The author’s “Psalm of Life,” read by Ford in the McGuffey Readers of his youth, was among the industrialist’s favorite inspirational verses.  Ford purchased the inn for $65,000, restoring and furnishing it at significant expense.  He bought up much surrounding land and even diverted the Boston Post Road to keep automobile traffic from ruining the bucolic setting. 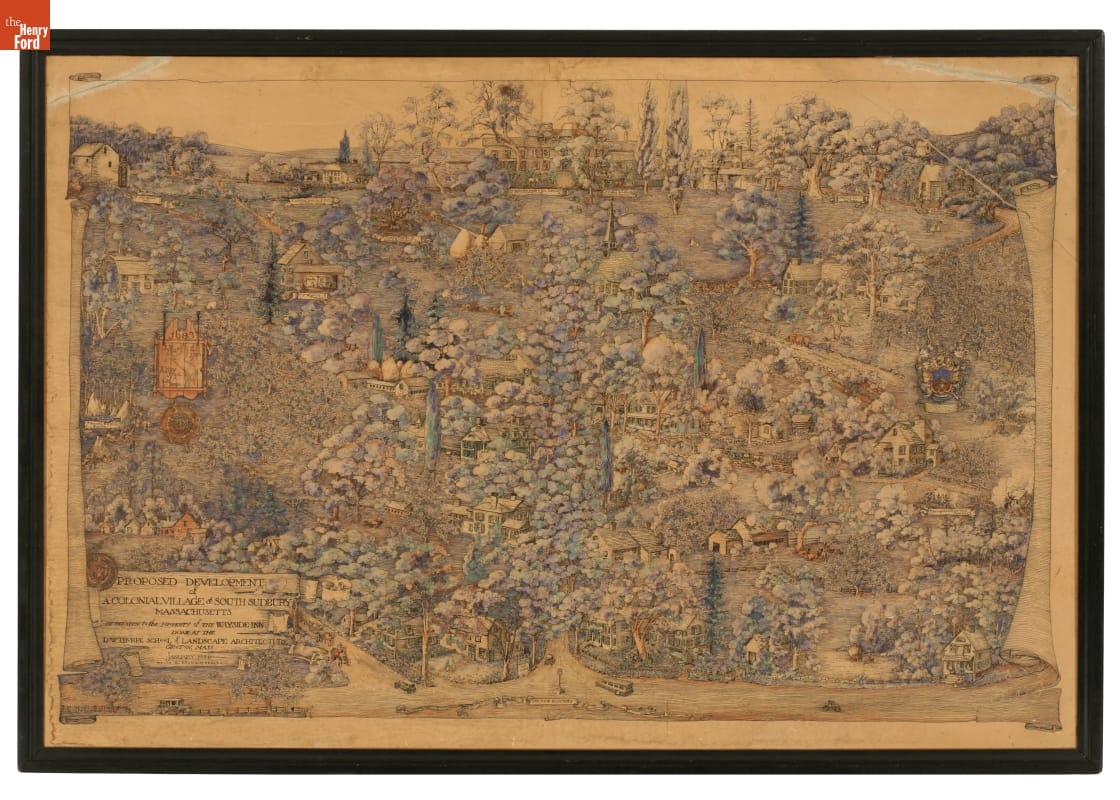 Ford clearly contemplated even grander plans for the Wayside Inn and its surrounding property.  A “Proposed Development of a Colonial Village of South Sudbury, Massachusetts…done at the Lowthorpe School of Landscape Architecture” in 1926 shows a “village” composed of the Wayside Inn, houses, a church, a mill, and other buildings.  Although the plan was never realized, Ford may have been working out ideas that were later revealed in Greenfield Village. 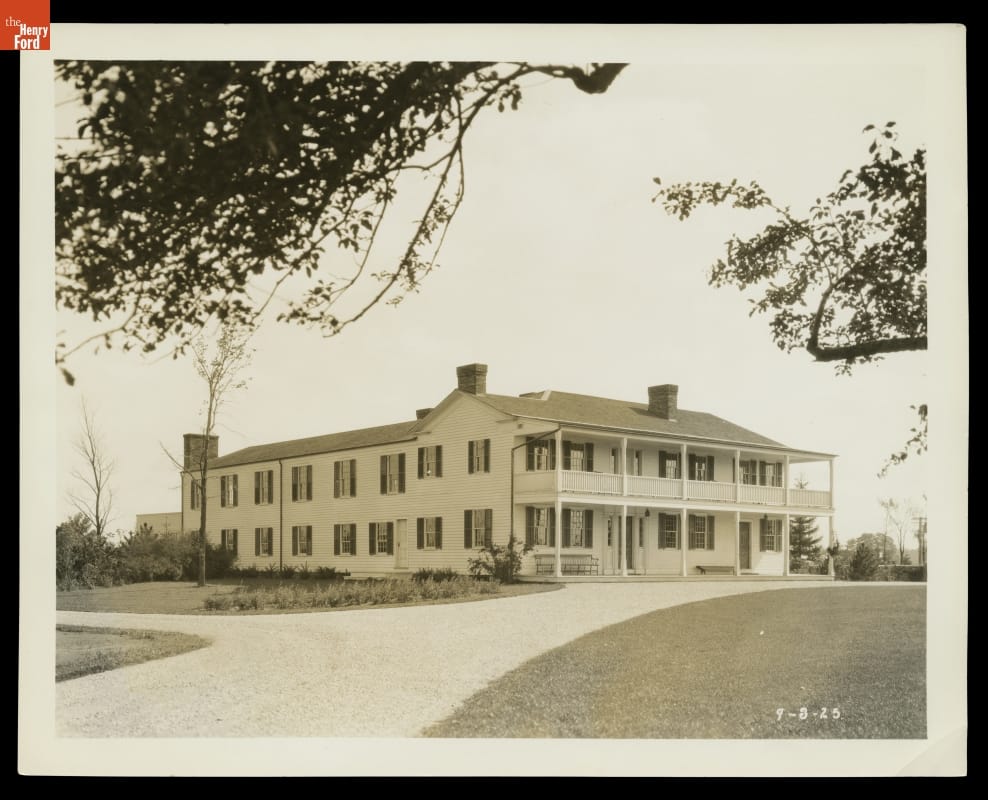 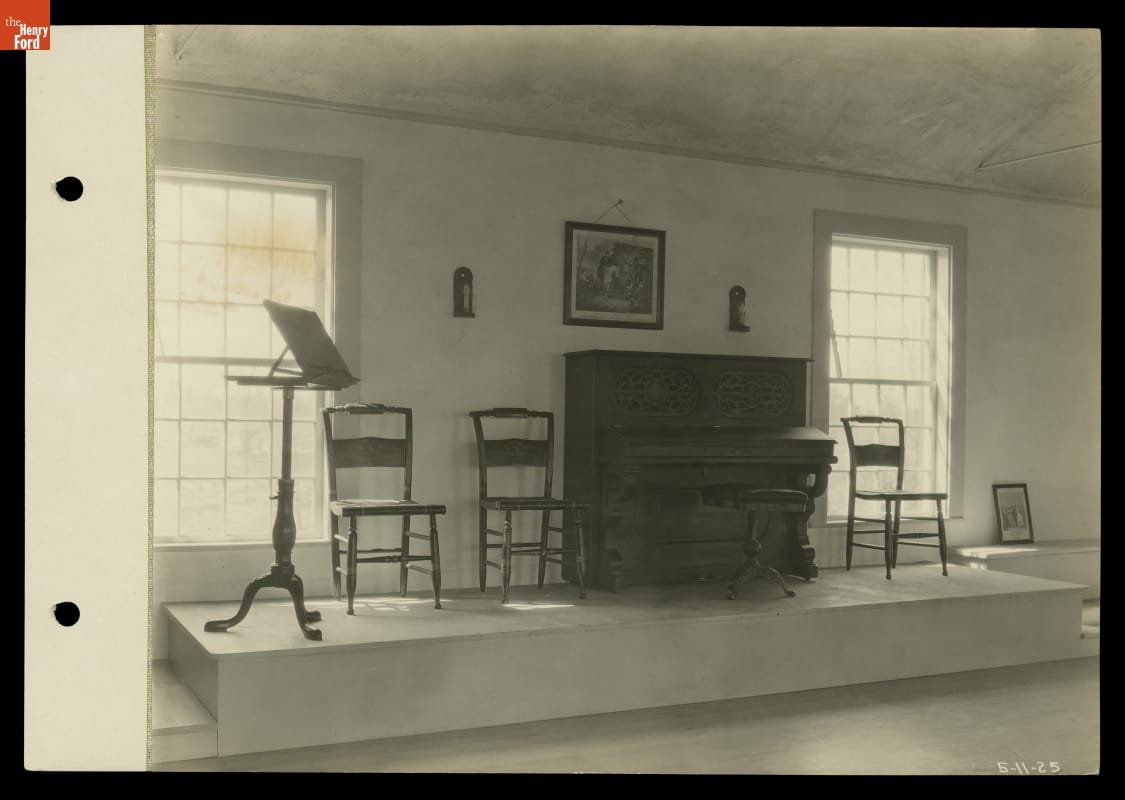 Closer to home, Ford refurbished the old Botsford Inn on Grand River Avenue in Farmington, Michigan, in 1924. The inn had once served 19th-century travelers en route from Detroit to Lansing. Ford’s staff sought out old-timers who remembered the inn in its heyday and used their recollections to help furnish the place. Ford added a maple floor to the ballroom and, for a while, held old-fashioned dances there.

Ford had turned down a request for funds to restore Williamsburg, the colonial-era Virginia capital. He was more interested in creating his own village closer to home, which would include buildings from different time periods and places. In 1927, Ford began to gather buildings for what would become Greenfield Village. 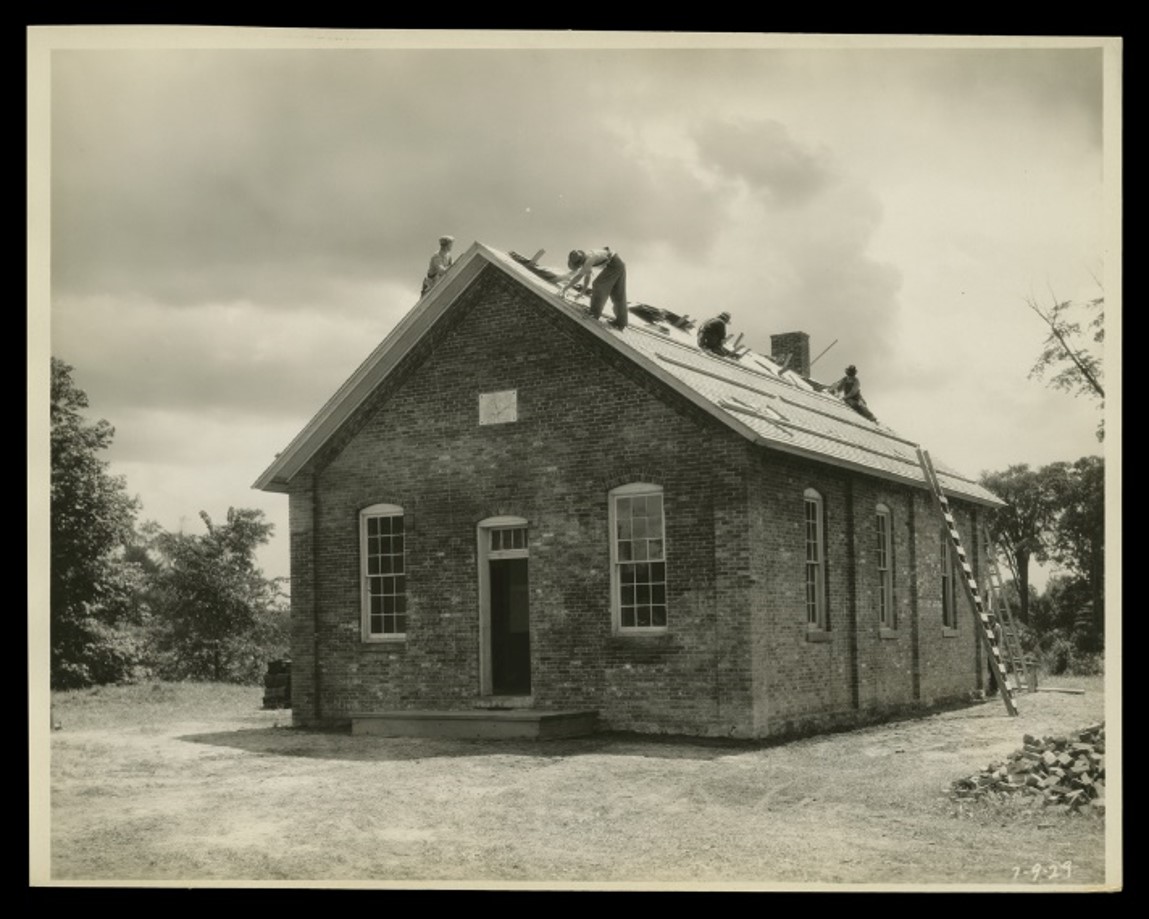 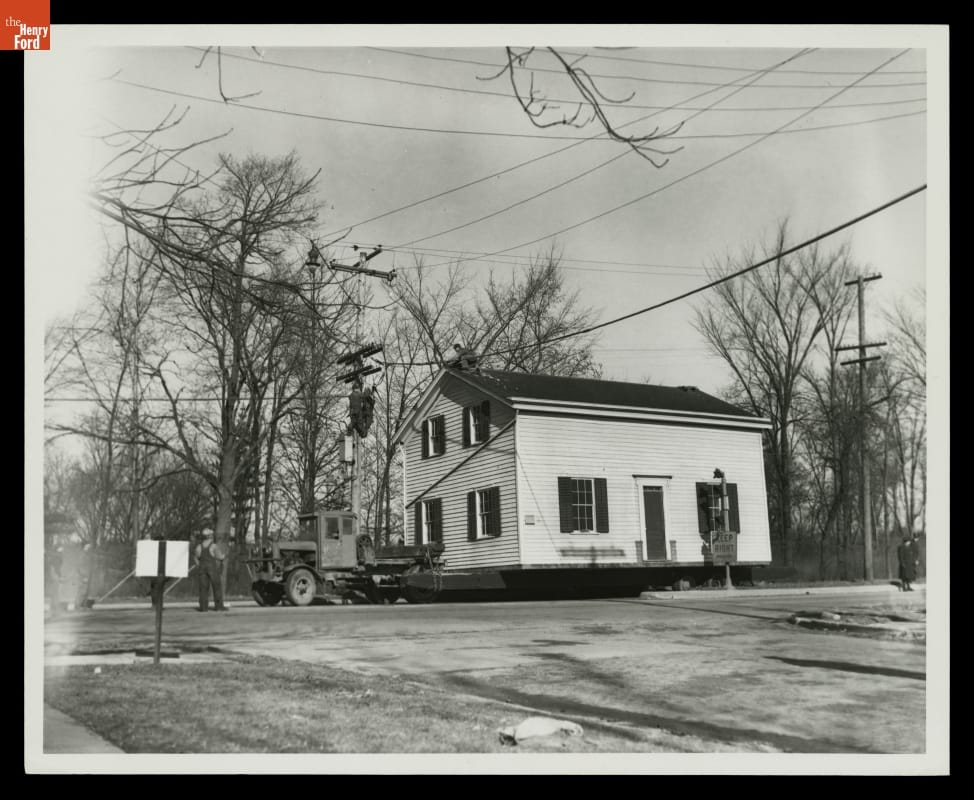 Two of Ford’s early preservation projects would find their way into Greenfield Village.  During the summer of 1929, Scotch Settlement School was dismantled and moved as Ford’s historical village began to take shape.  Ford’s birthplace would be the last building moved to the village during his lifetime.  By the 1940s, the city of Dearborn was growing up around the Ford family homestead, and the house required 24-hour security protection.  In January 1944, the home was cut in two and hauled by truck a few miles from the Dearborn farmstead to its new location in Greenfield Village.

Excerpted from Telling America’s Story:  A History of The Henry Ford, 2019; compiled by Jeanine Head Miller, Curator of Domestic Life at The Henry Ford.