Driven to Win: In the Winner’s Circle 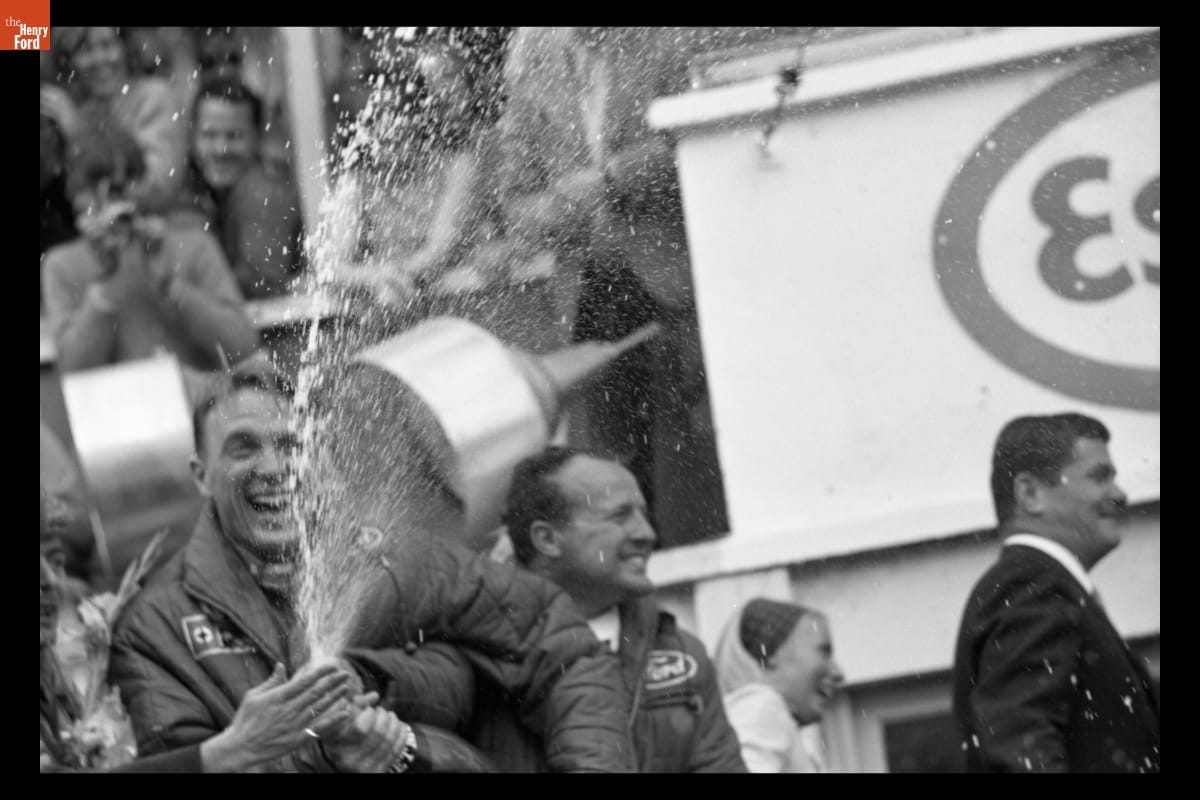 Whatever the form of racing, every team wants to be in the Winner’s Circle. It’s where victors are crowned and reputations are made. The Winner’s Circle in our new auto racing exhibit, Driven to Win: Racing in America Presented by General Motors, puts five remarkable race cars on an honorary pedestal. They are connected to some of the greatest drivers, teams, and personalities in racing. They broke records, they broke traditions, and they broke new ground with innovative designs and ideas that influenced all who followed. The Winner’s Circle is a celebration of success. 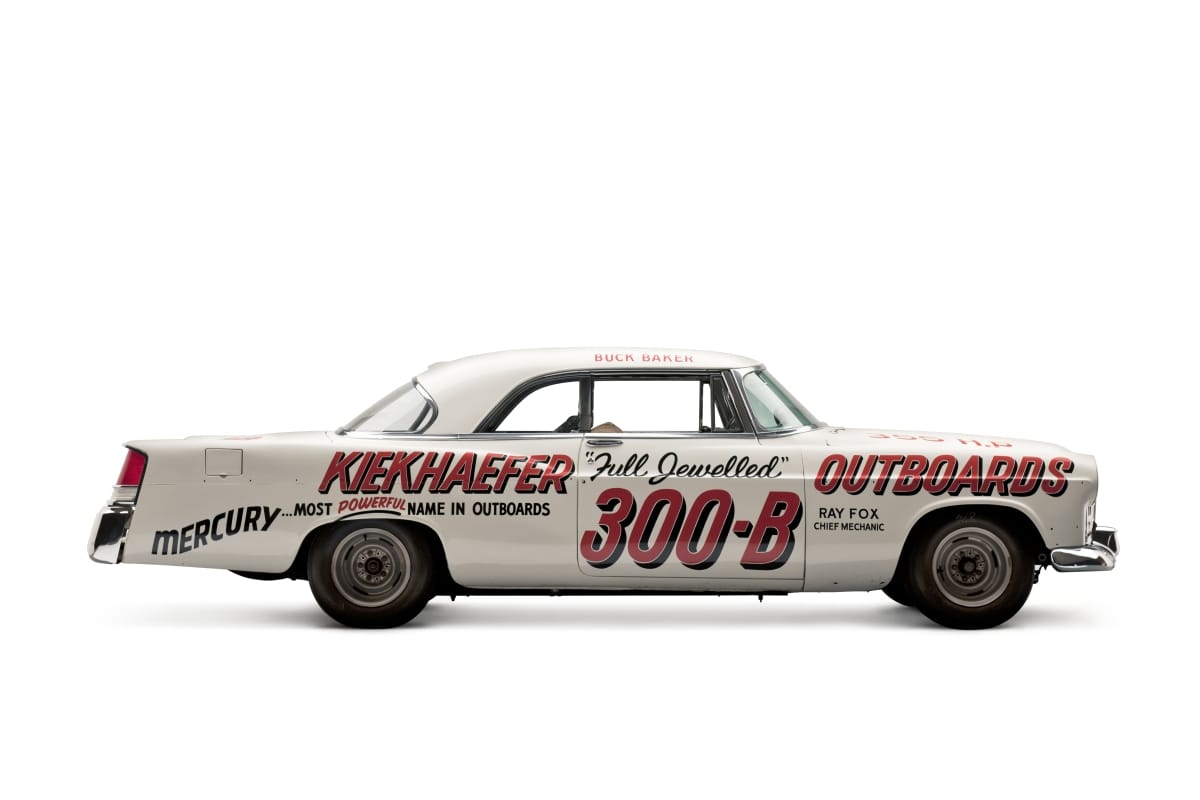 This car, and especially its team, brought a fundamental change to NASCAR racing. The team owner, Carl Kiekhaefer (founder of Kiekhaefer Corporation, maker of Mercury outboard boat motors), brought a level of professionalism to his team’s operation that set a new standard in auto racing. His drivers and mechanics all wore matching uniforms, and his cars were immaculately prepared. He transported his cars in closed trucks rather than open trailers (providing more advertising space), and his teams were among the first to practice pit stops. That alone might not have influenced other teams to follow his example, but the clincher was his team’s domination of the series in 1955 and 1956. In 1955, driver Tim Flock scored 18 wins and 32 top-10 finishes on his way to the NASCAR championship. Then, in 1956, Kiekhaefer drivers Buck Baker and Speedy Thompson together won 22 of 41 races, including 16 in a row, with Baker taking the championship. After that season, Kiekhaefer dropped out of racing, but the professionalism he brought soon became the norm. 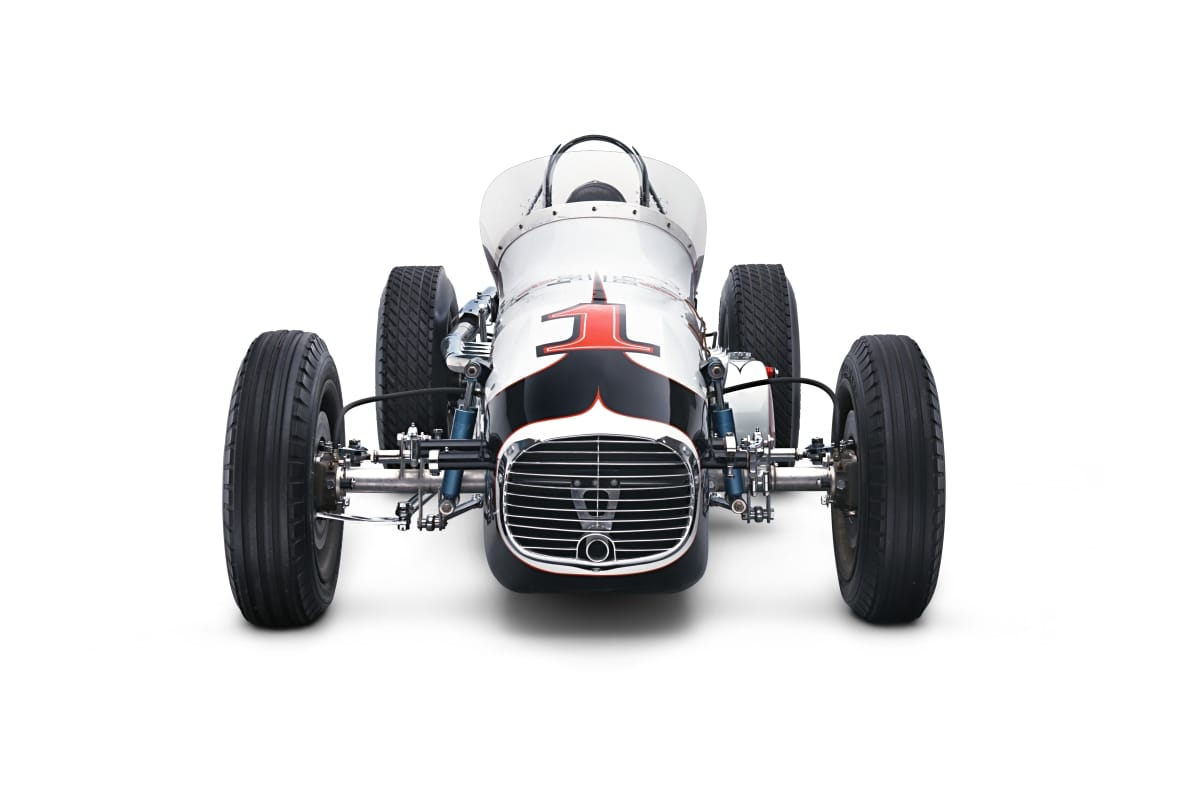 Racing legend A.J. Foyt made the most of this car’s dirt-track prowess. It was key to Foyt winning his first three Indy Car championships in 1960, 1961 and 1963. Race car builder Wally Meskowski engineered and built this car specifically for dirt-track racing, which comprised most of the USAC Championship (Indy Car) series in the early 1960s (the Indianapolis Motor Speedway was one of just three paved tracks in the series in 1960). From 1960 through 1963, Foyt drove this car in 26 races, and scored 13 of his 17 victories in it, all but three of them on dirt tracks. It was powered by the iconic Offenhauser four-cylinder racing engine that dominated Indy Car races from the late 1930s until well into the 1960s. Every Indianapolis 500 from 1947 to 1964 was won with an Offenhauser engine. The engine’s design, with the block and double-overhead-cam cylinder head cast as one unit, produced both the racing essentials: power and reliability. 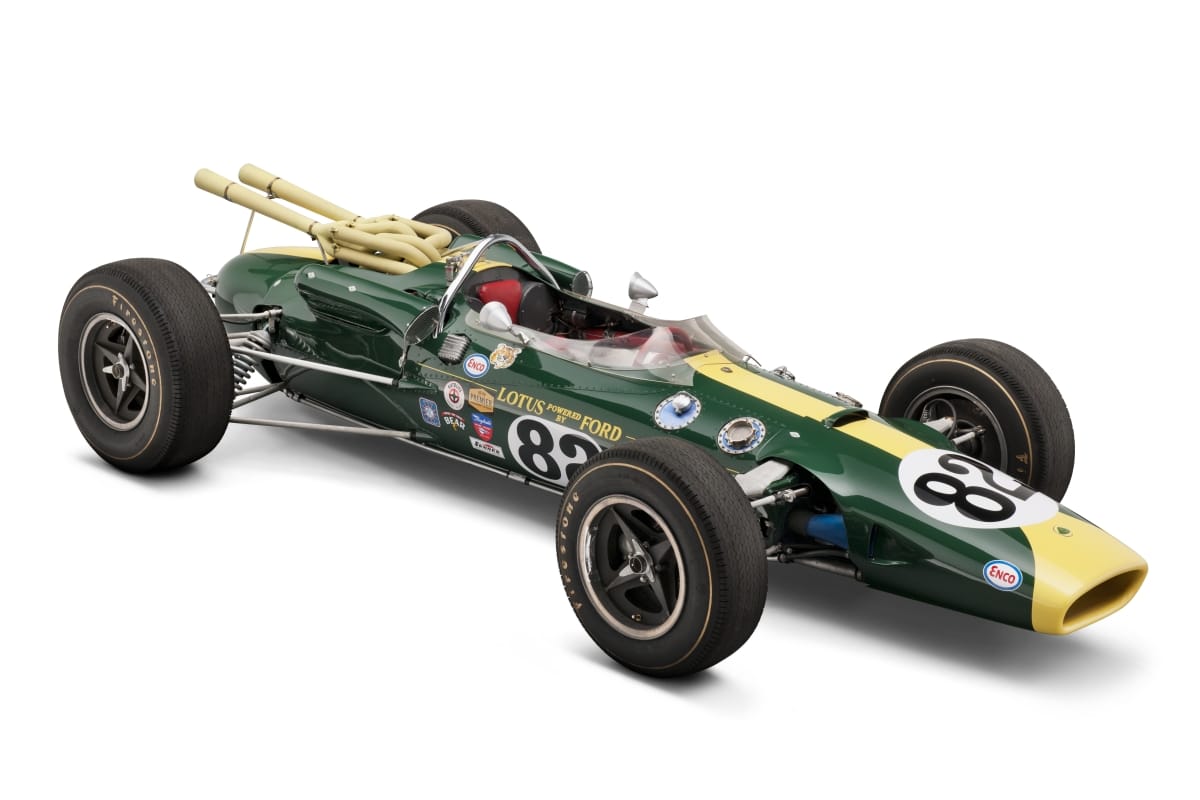 Talk about a disruptor! This car could qualify as the greatest disruptor ever in American racing history. In 1965, Formula One champion Jim Clark drove this car to victory in the Indianapolis 500, marking that race’s first-ever win by a rear-engine car. A few years earlier, legendary road racer Dan Gurney had concluded that a car/engine combination designed using European Formula One technology could revolutionize the 500 and Indy Car racing. He brought Ford Motor Company together with Colin Chapman, the English builder of Lotus Formula One cars. That collaboration resulted in a lightweight Lotus chassis powered by a specially designed Ford V-8 engine. With its monocoque chassis, four-wheel independent suspension, and rear-mounted engine, the Lotus-Ford brought an abrupt end to the traditional Indy front-engine roadster’s long domination and established a new paradigm for American race cars. 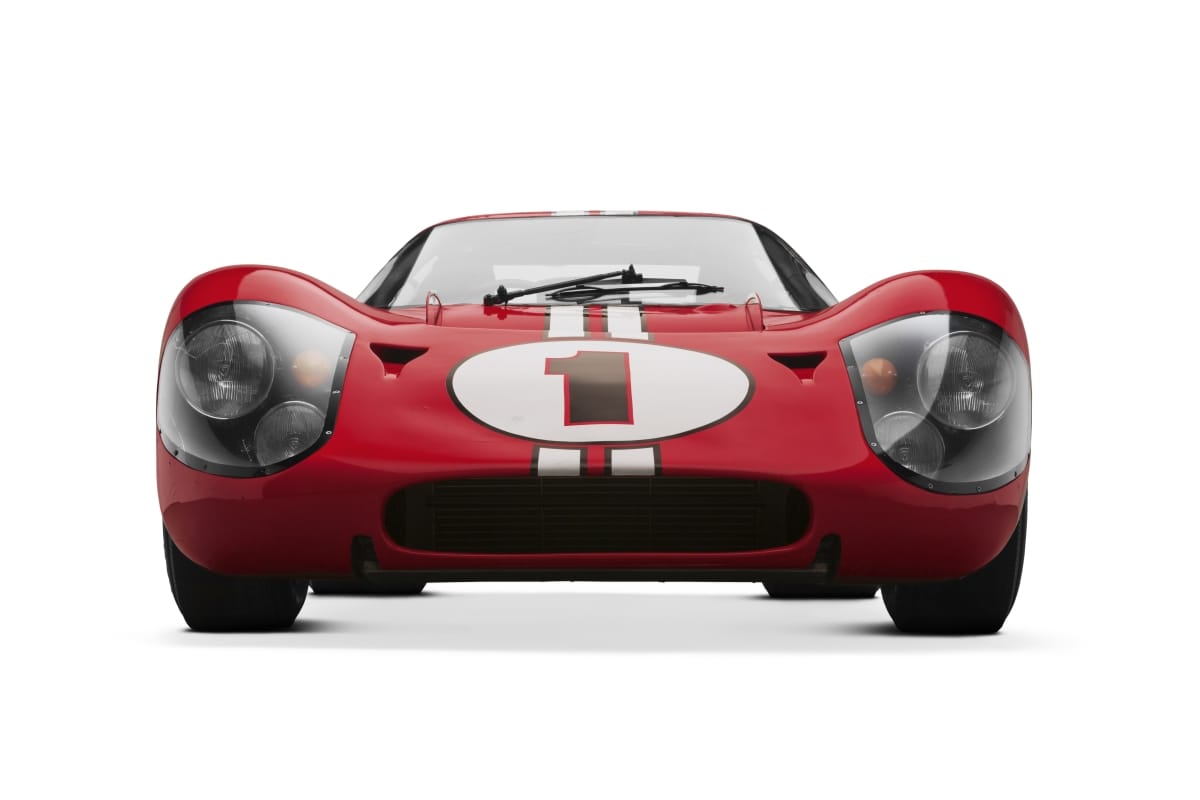 In the 1960s, Ford Motor Company made the most massive sports car racing effort ever seen in America. The objective was to beat the dominant Ferrari team in the world’s most important sports car endurance race—the 24 Hours of Le Mans. The weapon was a family of cars best known as the Ford GT40. Ford’s first of four straight victories, in 1966, was won by the GT40’s Mark II variant, fielded by the Shelby American team and driven by New Zealanders Bruce McLaren and Denny Hulme. The next year, Shelby returned with this car—the more powerful Mark IV. Its chassis was built of an aluminum honeycomb material used in aircraft construction, and the body shape resulted from hours of wind tunnel testing. The big 427-cubic-inch V-8 engine was based on Ford’s stock car racing engine and proved highly reliable. Drivers Dan Gurney and A.J. Foyt beat the second-place Ferrari by 32 miles at a record-breaking average speed of 135.48 mph. That win was another first at Le Mans because, unlike the year before, the winning car was built in the United States. This was the first Le Mans win by an American car, built in the United States and driven by Americans. 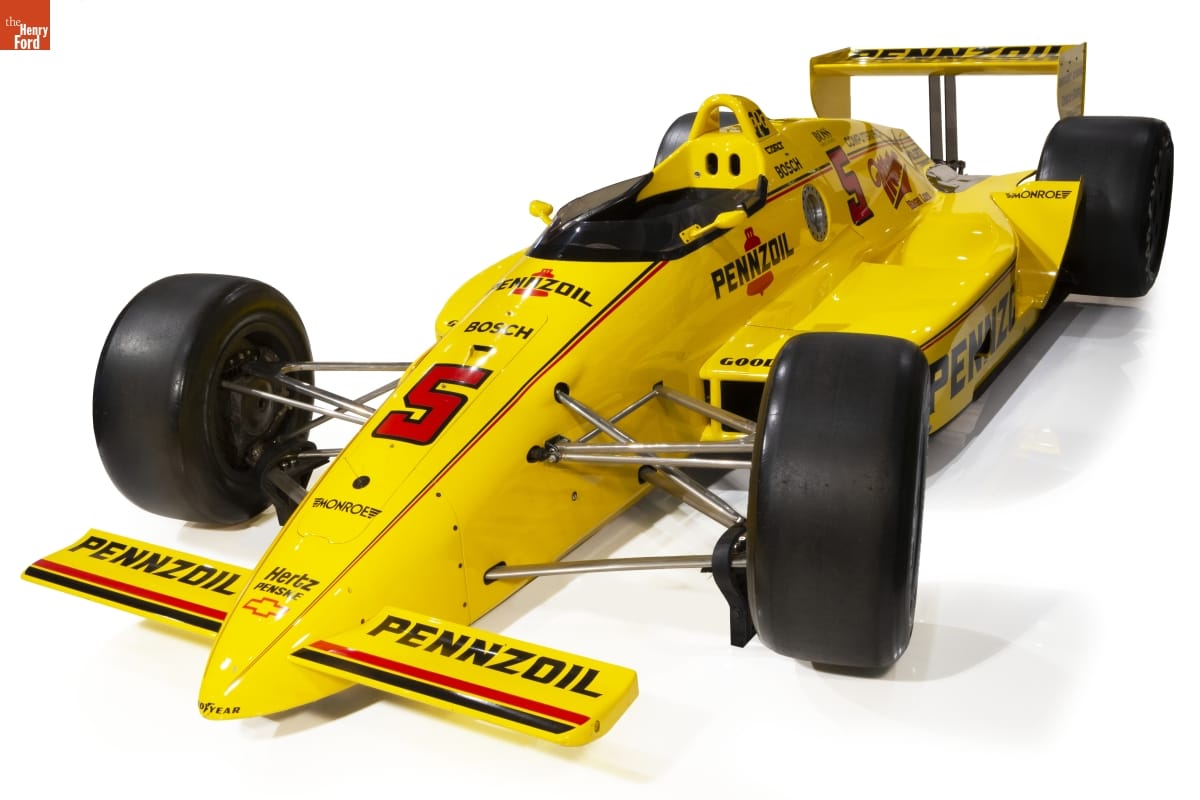 In 1988, Rick Mears qualified the original version of this car on the pole and won Penske Racing's seventh Indianapolis 500. The win marked Mears’ third victory at one of motorsports’ most renowned events, and contributed to him becoming one of the most respected drivers in Indy car racing history. That year, all three Penske team drivers—Mears, Danny Sullivan, and Al Unser, Sr.—piloted the new PC-17 chassis powered by redesigned Chevrolet engines. The Penske team swept the top three qualifying positions on pole day. Mears’ four-lap qualifying speed of 219.198 mph became the new Speedway standard, and the Penske team, led by Mears’ win, took two of the top three podium positions (Unser placed third). 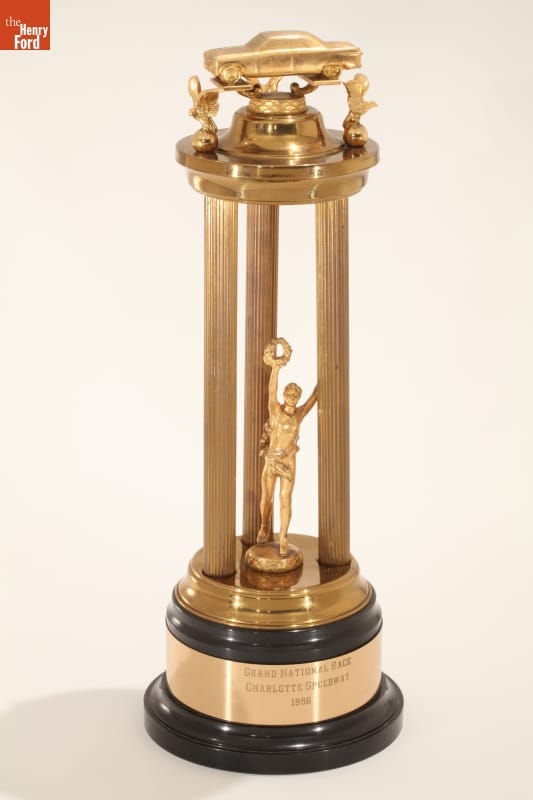 Beyond the cars, you can see these artifacts in the Winner’s Circle in Driven to Win. 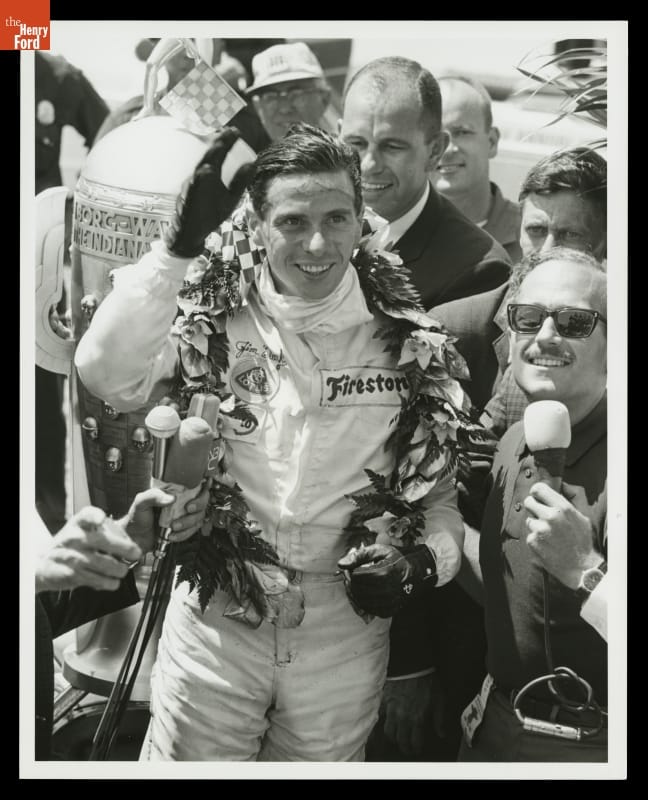 Learn more about these winning stories with these additional resources from The Henry Ford.