Experiments with Radio Facsimile at W8XWJ

In the early 1930s, tensions were running high between two competing news sources: newspaper publishers were feeling the strength of their monopoly slipping away as the public’s appreciation for radio news broadcasts grew. This time of conflict in communications history is known as “The Press-Radio War.”

Publishers felt especially threatened by the nimbleness of radio networks. Broadcasters could share breaking news immediately over the airwaves, rather than having to wait for the next day’s run of newspapers to be printed and distributed. At first, newspaper companies tried to boycott radio’s ability to grow into something more than just an entertainment medium by asking wire services to block the flow of newsworthy information to radio stations. But eventually, the two media formats settled into a truce by the late 1930s, partly owing to the demand for reliable information-sharing as the threat of World War II grew. 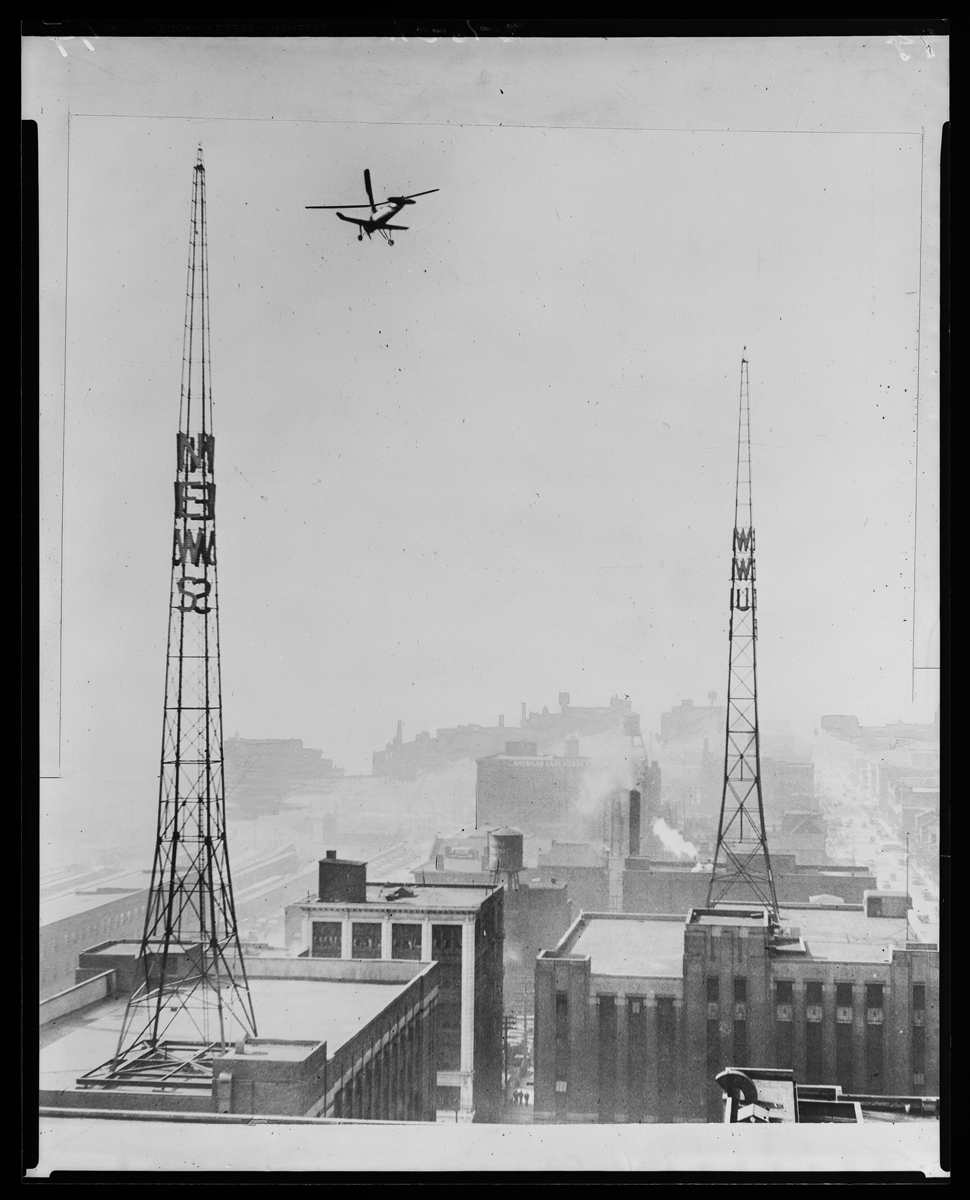 The Detroit News “autogiro” aircraft flies over the WWJ transmitter towers on the roof of the Detroit News building. The autogiro used a swiveling camera to take aerial photos of newsworthy events and quickly transported reporters to the sites of developing stories. / THF238502

Some newspapers saw the financial benefit in blending formats and went so far as to cut out the competition by starting their own radio news stations. The Detroit News was one of the first newspapers in the United States to incorporate a commercial radio station into its operations. In August 1920, WWJ (then owned by the Detroit News) launched its program of nightly broadcasts under the call sign 8MK. As of 2020, WWJ has been on-air for 100 years! 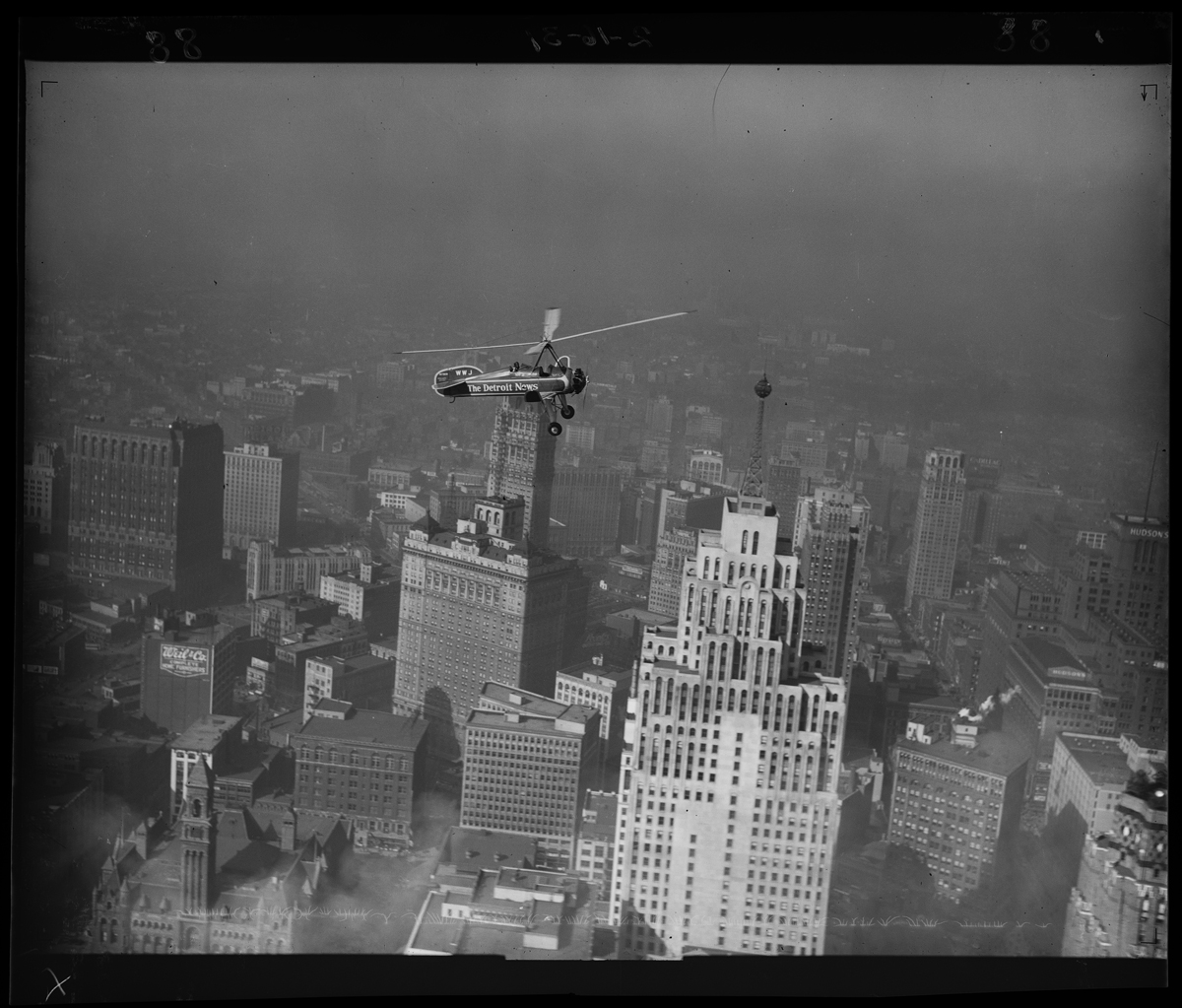 In this image, the Detroit News autogiro flies over downtown Detroit. The Penobscot Building—site for the News’s experimental W8XWJ station—appears in the foreground. The original vertical “whip” antenna is just visible on the ball that tops the metal tower. / THF239963

In 1936, the Detroit News launched experimental audio broadcasting station W8XWJ from the 47th floor of the Penobscot Building in downtown Detroit. W8XWJ was formed under the FCC’s ultra-high short-wave “Apex” station program, an experiment designed to provide listeners with higher quality AM signals. The station’s original 100-watt AM vertical “whip” antenna was attached to the beacon sphere that tops the metal tower perched on the roof of the Penobscot Building. The height of the Penobscot—the tallest skyscraper in the city at that point—helped to disperse the radio waves over the entire city. Many people are familiar with the glowing red beacon at the top of the Penobscot, but its connection to the growth of radio in the city is not as well known.

From 1938-1940, W8XWJ ran a fascinating but ultimately short-lived experiment with an emerging technology called “radio facsimile.” Customers would hook a special “radio printer” up to their own radio, which would print the news overnight while they slept. In the morning, the news would be ready to enjoy with morning coffee – no need to deliver a physical newspaper! 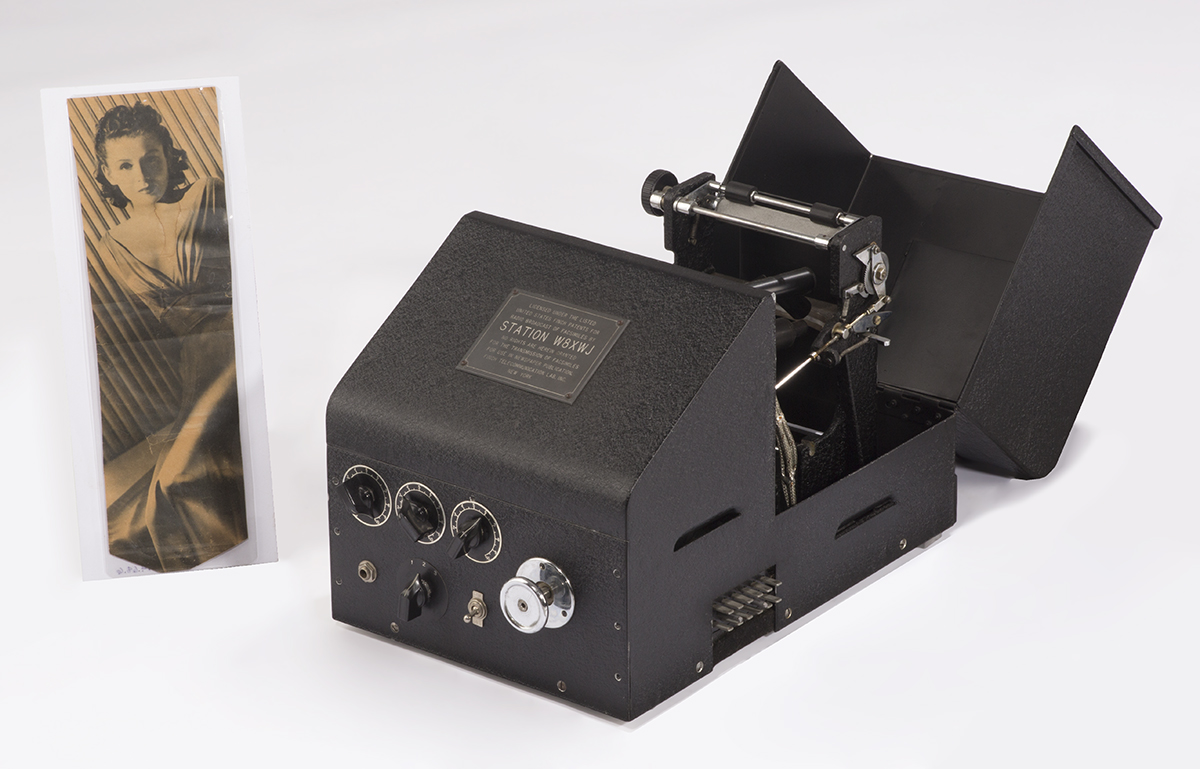 One of the original Finch Facsimile Transmitters from W8XWJ, complete with original station badge visible and a sample of a radio fax. / THF160295

At W8XWJ, a Finch Facsimile Transmitter was used to convert images and text into audio tones. These signals would arrive in customer’s home via radio waves, where their “radio printer” would translate the tones into human language. Everything would print out onto continuous rolls of thermal paper. 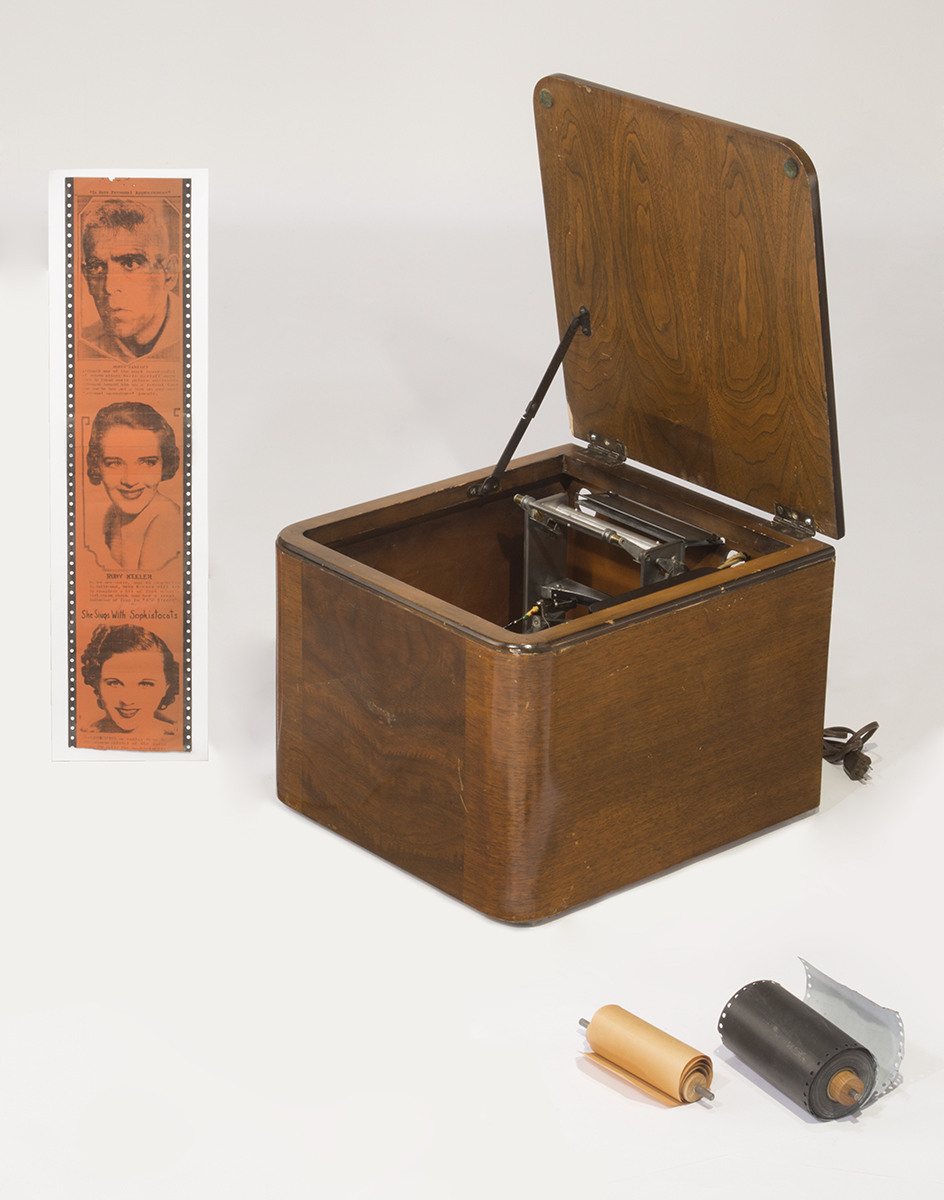 This is a Crosley Reado Radio Printer – the type of device that people would connect to their home radio and would receive their faxed newspapers on. When The Henry Ford conserved this artifact through an Institute for Museum and Library Services grant, our conservators were excited to find an example of a facsimile still on the drum inside the machine. In this image, you can see an original radio facsimile portrait of Boris Karloff, who was famous for his 1931 portrayal of Frankenstein’s monster.

The Henry Ford’s collections also include the original transmitter and amplifier that powered the W8XWJ station.

The idea behind W8XWJ’s radio facsimile experiment was revolutionary, but the process was slow and fussy. It could take over 20 minutes to print a single page of news, and signal reception became unreliable beyond a mile or two away from the transmitter. In 1940, W8XWJ ended its radio facsimile project.

While the original “whip” antenna for W8XWJ was replaced by a FM antenna in the early 1940s, if you look toward the top of the Penobscot building today, there is a tangle of communication equipment visible from street level. And in the interesting way that the new and the old can merge and converge within the histories of technology, some of this contemporary equipment fulfills radio facsimile’s promise to provide easily accessible information—the top of the Penobscot now serves as an important hub for Detroit’s wireless Internet network.