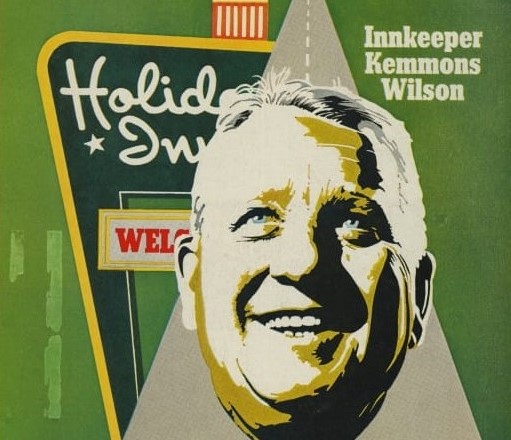 At a time when Americans are traveling less and the lodging industry is making big changes, let’s take a look back at the story of Kemmons Wilson, whose Holiday Inns revolutionized roadside lodging in the mid-20th century.

In the early days of automobile travel, motorists had few lodging options. Some stayed in city hotels; others camped in cars or pitched tents. Before long, entrepreneurs began to offer tents or cabins for the night. More from The Henry Ford: Here’s a look inside a 1930s tourist cabin. Originally from the Irish Hills area of Michigan, the cabin is now on exhibit in Henry Ford Museum of American Innovation. For motorists weary of camping out, these affordable “homes away from home” offered a warmer, more comfortable night’s sleep than a tent. You can read more about tourist cabins and see photos of this one on its original site in this blog post. 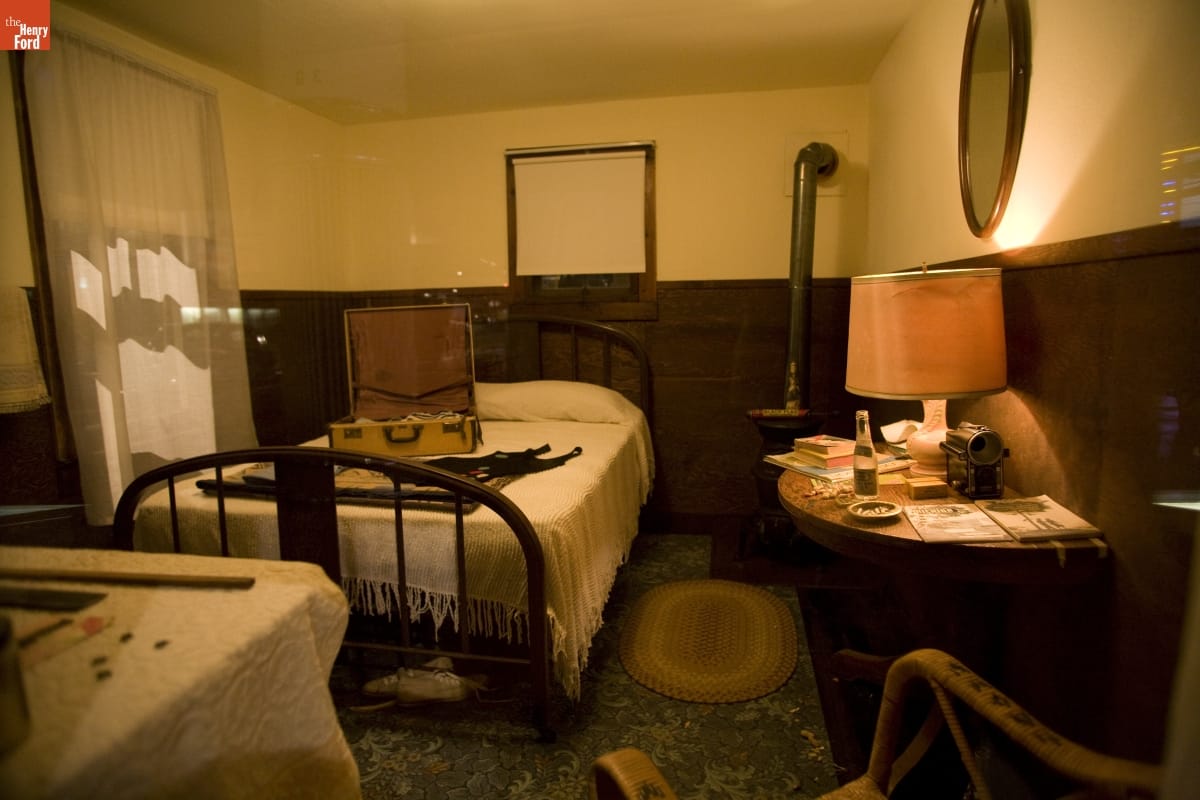 Soon, “motels” -- shortened from “motor hotels” -- evolved to meet travelers’ needs. Compared to other lodging options, these mostly mom-and-pop operations were comfortable and convenient. They were also affordable. This expert set showcases the wide variety of motels that dotted the American landscape in the mid-20th century. 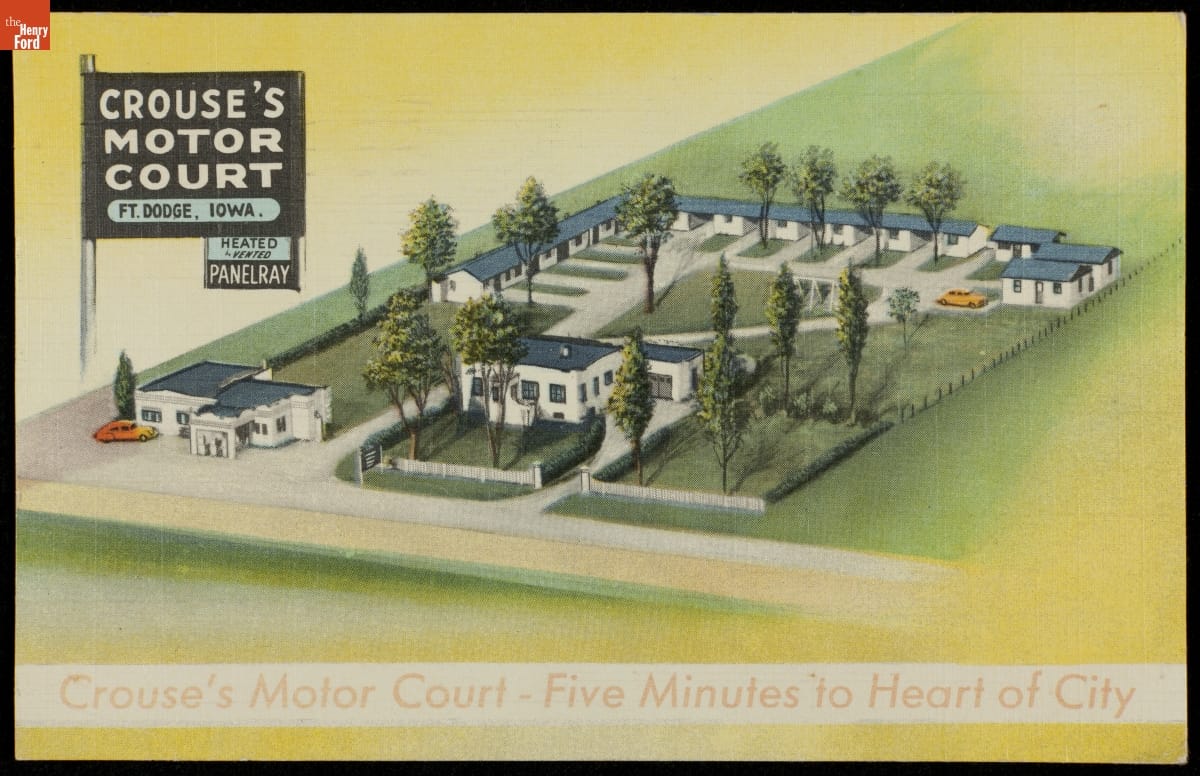 More from The Henry Ford: Photographer John Margolies documented the wild advertising some roadside motels employed to tempt passing motorists (check out some of his shots in our digital collections), and our curator of public life, Donna Braden, chatted with MoRocca about motorists’ early lodging options on The Henry Ford’s Innovation Nation (you can watch here).

After World War II, more Americans than ever before hit the open road for business and leisure travel. Associations like Best Western helped travelers find reliable facilities, but motel standards were inconsistent, and there was no guarantee that rooms would meet even limited expectations. When a building developer named Kemmons Wilson took a family road trip in 1951, he got fed up with motel rooms that he found to be uncomfortable and overpriced (he especially disliked being charged extra for his children to stay). Back home in Memphis, Tennessee, he decided to build his own group of motels.

As a young man, Wilson (born in 1913) displayed an entrepreneurial streak. To help support his widowed mother, Wilson earned money in many ways, including selling popcorn at a movie theater, leasing pinball machines, and working as a jukebox distributor. By the early 1950s, Wilson had made a name for himself in real estate, homebuilding, and the movie theater business. Later in life, Kemmons Wilson tracked down his first popcorn machine and kept it in his office as a reminder of his early entrepreneurial pursuits. Detail, THF212457

Kemmons Wilson trusted his hunch that other travelers had the same demands as his own family -- quality lodging at fair prices. He opened his first group of motels, called “Holiday Inns,” in Memphis starting in 1952. Wilson’s gamble paid off -- within a few years, Holiday Inns had revolutionized industry standards and become the nation’s largest lodging chain. What set Holiday Inns apart? Consistent, quality service and amenities Guests could expect free parking, air conditioning, in-room telephones and TVs, free ice, and a pool and restaurant at each location. And -- Kemmons Wilson determined -- no extra charge for children! Thanks to the chain’s reliable offerings (including complimentary toiletries!), many guests chose a Holiday Inn for every trip. Kemmons Wilson knew location was key. He chose sites on the right-hand side of major roadways (to make stopping convenient for travelers) and took risks, buying property based on plans for the new Interstate Highway System. Holiday Inns’ iconic “Great Signs” beckoned travelers along roadways across the country from the 1950s into the 1980s. Kemmons Wilson’s mother, Ruby “Doll” Wilson, selected the sign’s green and yellow color scheme. She also designed the décor of the original Holiday Inn guestrooms! After becoming a public company in 1957, Holiday Inns developed a network of manufacturers and suppliers to meet its growing operational needs. To help regulate and maintain standards, property managers (called “Innkeepers”) ordered nearly everything -- from linens and cleaning supplies to processed foods and promotional materials -- from a Holiday Inns subsidiary. This menu, printed by Holiday Inns’ own “Holiday Press,” shows how nearly every detail of a guest’s stay -- even meals -- met corporate specifications. By the 1970s, with more than 1,400 locations worldwide, Holiday Inns had become a fixture of the global and cultural landscape. Founder Kemmons Wilson even made the cover of Time magazine. We hope his story inspires you to make your own mark on the American landscape -- or at least take a fresh look at the roadside the next time you’re out for a drive, whether down the street or across the country!

Saige Jedele, Associate Curator, Digital Content at The Henry Ford, has happy poolside memories from a childhood stay at one of Holiday Inns’ family-friendly “Holidome” concepts. For more on the Holiday Inn story, check out chapter 9 of "The Motel in America," by John Jakle, Keith Sculle, and Jefferson Rogers.