Edsel Ford: A Legacy of Philanthropy 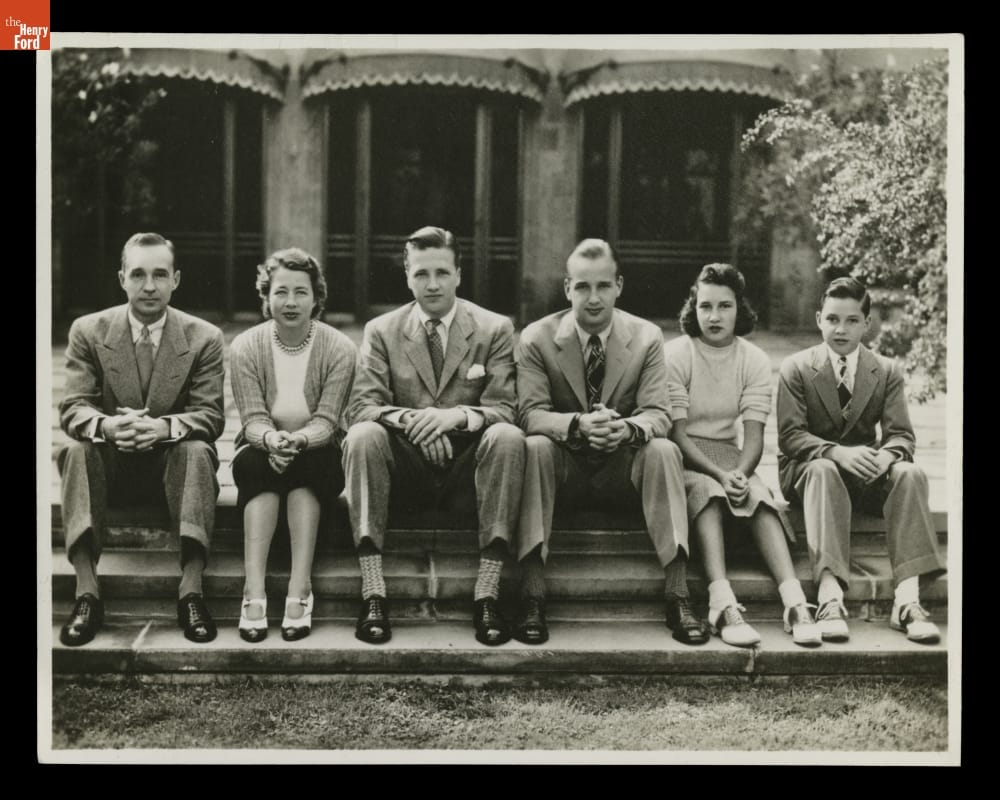 Edsel Ford and Eleanor Ford with Their Children, Henry, Benson, Josephine and William, at Gaukler Pointe, circa 1938.  THF99953

Edsel Bryant Ford was born in Detroit to Henry and Clara Ford on November 6, 1893. As their only son, Edsel seemed destined for a career at Ford Motor Company. He began working for Ford after his high school graduation in 1912 and rose through the ranks to President by age 26. Edsel spent 31 years with the organization, but his life was tragically cut short when he passed away from cancer on May 26, 1943 at just 49 years old.

While his career at Ford was extremely important to Edsel, his wife, Eleanor, and their four children – Henry, Benson, Josephine, and William – were most precious to him. During his limited leisure time he enjoyed painting and collecting art, spending time outdoors, and relaxing with his family at their home in Grosse Pointe Shores. Edsel was also a prolific philanthropist, and, 75 years after his death, exploring his extensive philanthropy is a fitting way to honor his life and legacy of good will. 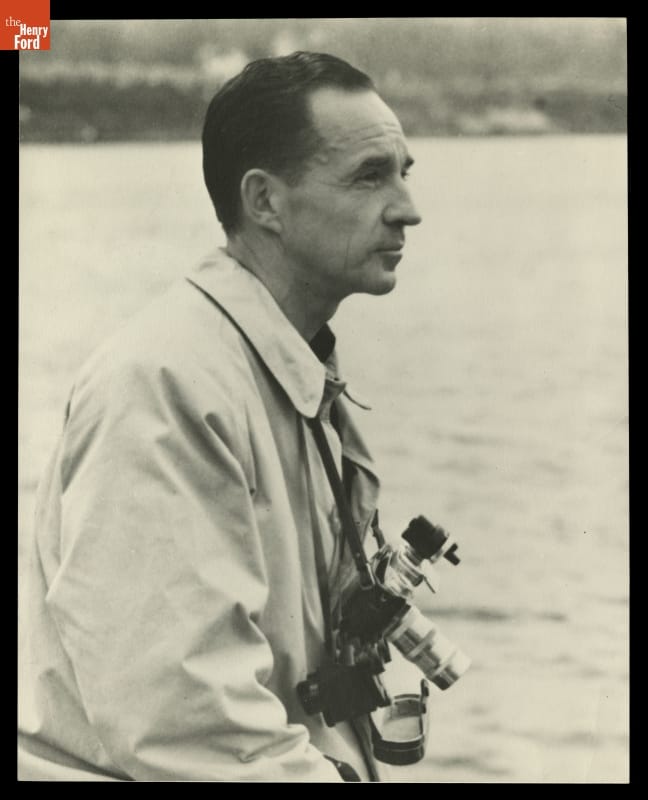 Edsel Ford is perhaps best-known for his involvement with the arts. Millions have viewed the Edsel Ford-sponsored and funded Detroit Industry murals by Diego Rivera at the Detroit Institute of Arts or visited the Museum of Modern Art in New York City, of which Edsel was a trustee from 1935 until 1943. Eleanor became a MoMA trustee in 1948, and the Ford Foundation (which was founded by Edsel in 1936) donated one million dollars to the museum in Edsel’s memory in 1963. He also attended many concerts at the Detroit Symphony Orchestra and was a generous patron of the Detroit Symphony Society. 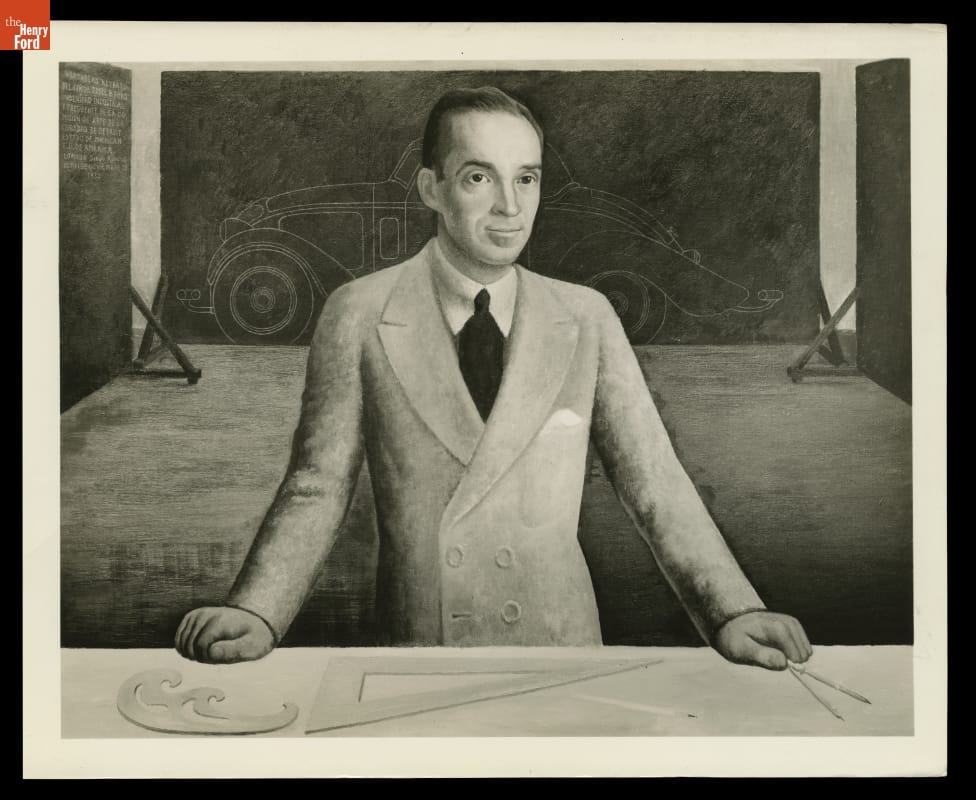 Edsel donated regularly to the Detroit Society of Arts and Crafts – which is now the College for Creative Studies – and attended painting classes in the late 1920s. By 1933 the Society had altered its original mission of keeping handmade craftmanship alive in an increasingly industrialized world and was one of the first art institutions to acknowledge the automobile as an art form. In the book “Making the Modern: Industry, Art, and Design,” author Terry Smith describes this new relationship between art and industry in relation to the Detroit Society of Arts and Crafts:

“Like the shift from the Model T, like the basic move within design itself, this group negotiated a passage from applying ‘art’ to industrial products (decorative devices, elaborate ornamentation) toward seeing ‘art’ in them (their ‘natural simplicity’, ‘precise’ beauty, their matching of ‘form’ and ‘function’). This implied the possibility of designing art into them, of controlling the matching so skillfully that the result would be ‘a work of art’.”

This emphasis on the intersection of art and design was also reflected in Edsel’s work at Ford. He was instrumental in moving the company beyond the Model T into a new automotive era in which both form and function were equally incorporated into the design process. 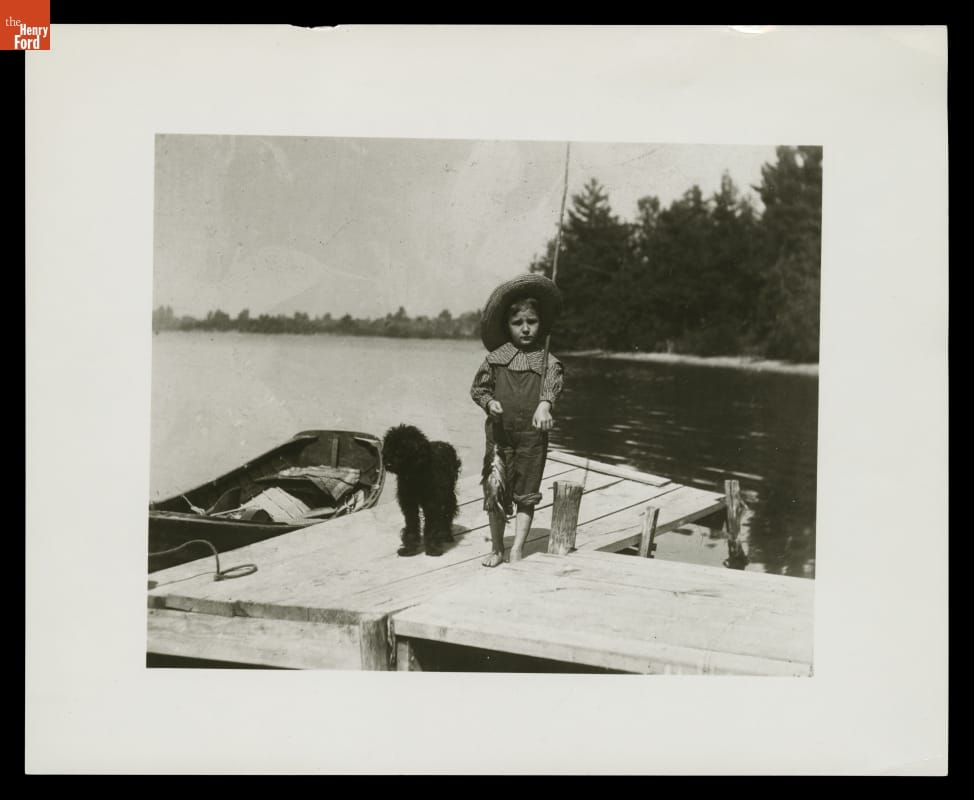 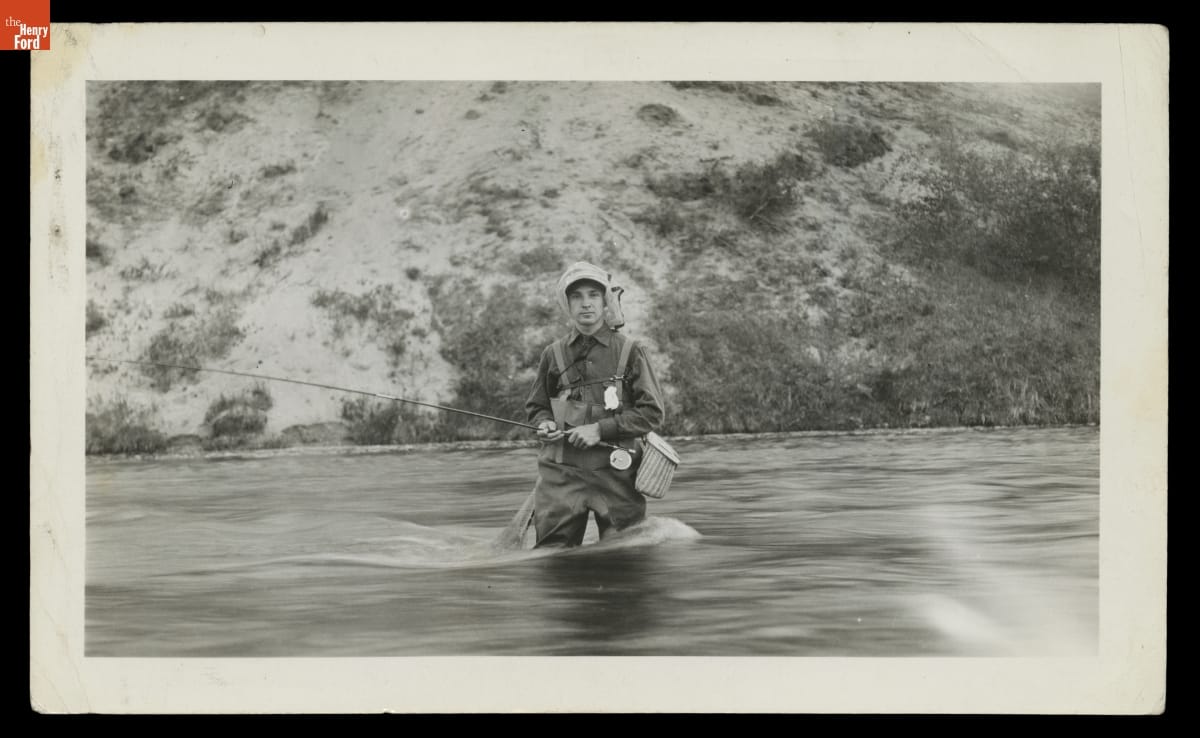 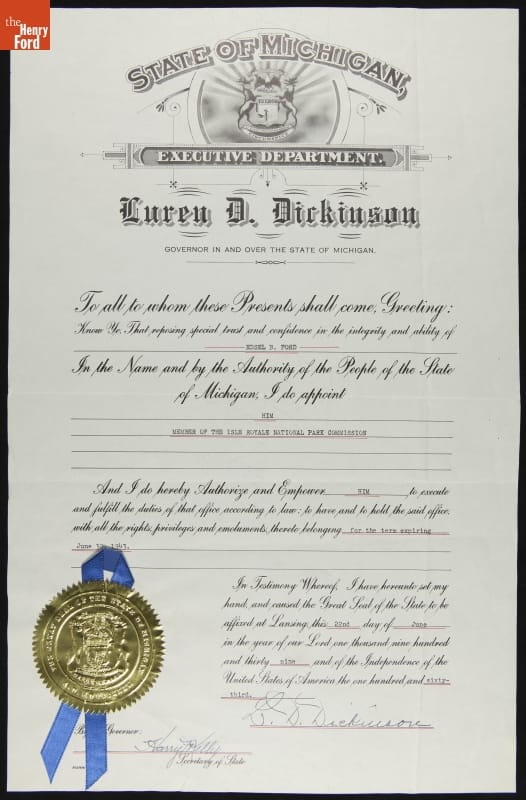 Edsel unsurprisingly gave to Henry Ford Hospital, which was founded by his father in Detroit in 1915, but he also donated to many healthcare organizations across the United States and around the world. He contributed to the building fund of King George Hospital in London five years after King George’s son Prince Edward visited Ford Motor Company to learn more about methods of large-scale manufacturing.

He gave nearly every year to the Frontier Nursing Service, which provided nurse midwifery services to women in rural Kentucky and was one of his mother’s favorite charities. In 1939 he sent the nurses a used Ford station wagon, which they christened “Henrietta," and a second new station wagon in 1941. The American Red Cross, the American Foundation for the Blind, The Seeing Eye, the National Foundation for Infantile Paralysis (now March of Dimes), and many other health organizations also received generous contributions from Edsel. 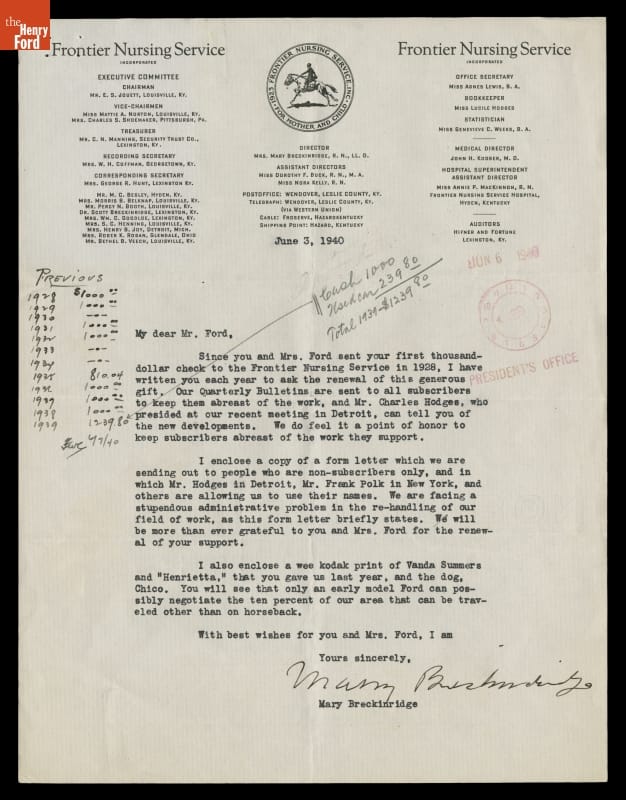 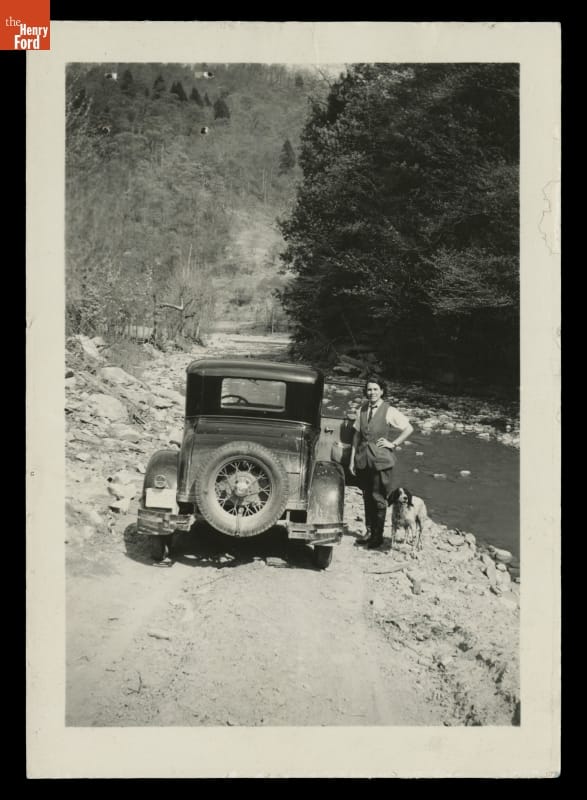 Vanda Summers of the Frontier Nursing Service, with Automobile Donated by Edsel Ford, May 1940. THF130772

This list represents a miniscule fraction of Edsel’s charitable career, and the impact of his philanthropy is still felt today through the work of the hundreds of organizations that benefitted from his time and contributions. While remembering Edsel’s career and philanthropy in his 1956 Reminiscences for Ford Motor Company his longtime secretary A.A. Backus stated, “Yes, Mr. Edsel Ford was a swell individual and in my twenty-seven years with the Ford Motor Company I never heard anyone say anything different.” 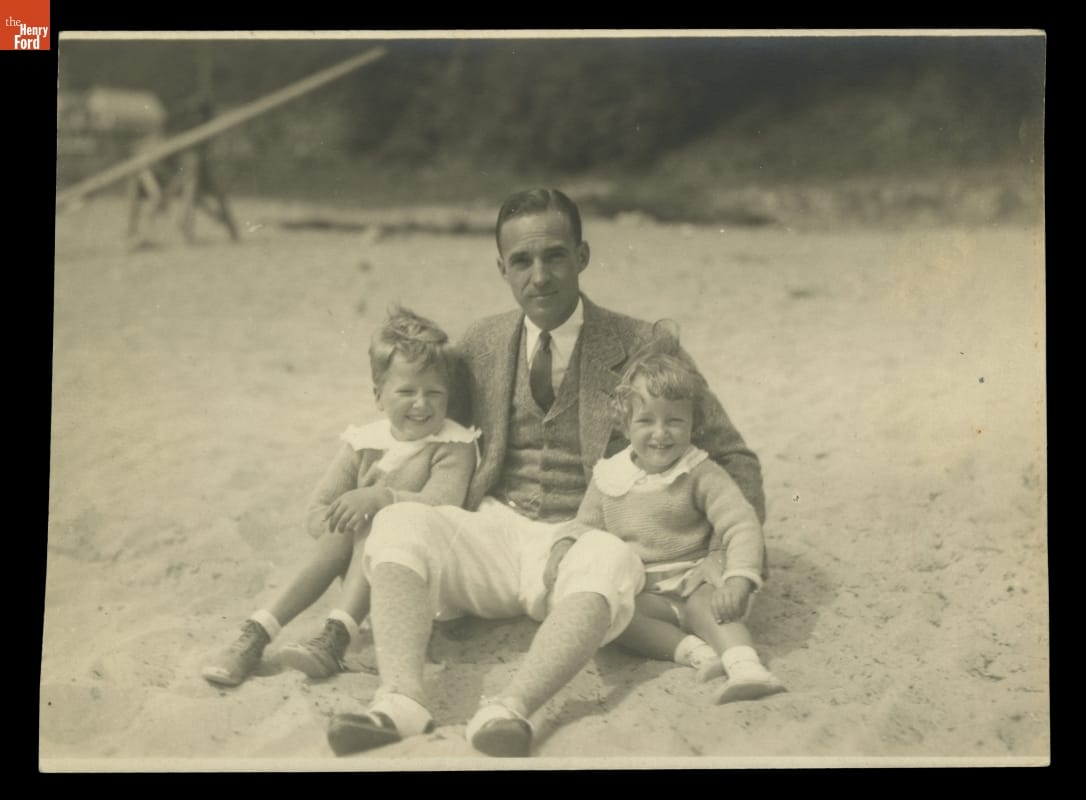 Meredith Pollock was formerly Special Assistant to the Vice President at The Henry Ford.