The Search for Home 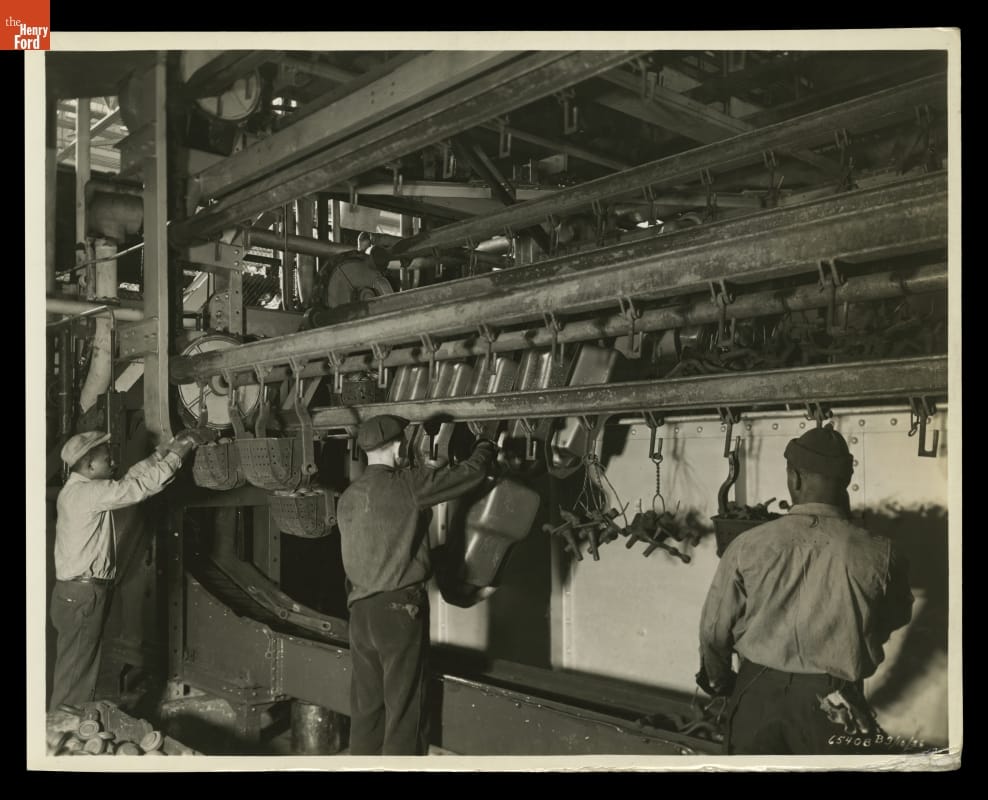 Discriminatory real estate practices played a significant role in the housing issues which plagued Detroit. Racially restrictive covenants, which legally ensured the sale of property to only white buyers, became increasingly common in Detroit. Even if a restrictive covenant was not in place, the Detroit Real Estate Board warned area realtors “not to sell to Negroes in a 100 percent white area,” thereby enforcing and perpetuating Detroit’s racial geography. Further, the practice of “redlining,” or the racial categorization of areas by their perceived financial risk in home insurance and mortgage lending, effectively shut out black homebuyers from the market. The practice extended to the lending of new mortgages, but also to home loans, leading to the inability to complete home repairs and, eventually, an abundance of blighted homes in black neighborhoods. In addition, real estate agents erroneously reported to white homeowners that the presence of black families in their neighborhoods would lower their property values. White homeowners, even those without ingrained prejudices against African Americans, certainly did not want their property values to lower, so rallied against any attempt by an African American homebuyer purchasing in their neighborhoods. The infamous story of African American Physician Dr. Ossian Sweet exemplifies the discrimination and mob violence experienced by those who attempted to move into white neighborhoods.

Discrimination in the workplace meant that African Americans, as a whole, made significantly less money than their white counterparts. Redlining practices forced them into racially-segregated neighborhoods and cemented their inability to access loans for mortgages or home repairs. Yet, the promise of the north continued to draw African Americans to Detroit. Without access to capital, increasingly-crowded neighborhoods became increasingly-deteriorated. At each turn, discriminatory systems excluded an entire population from quality housing. From these conditions, Charles H. Lawrence and his family departed Detroit in search of quality housing and a better life. He became the first African American to settle in Inkster, Michigan, and hundreds soon followed.

African Americans Settle in Inkster
The City of Inkster, also located in Wayne County, is approximately fourteen miles from downtown Detroit. Detroit Urban League President John Dancy fielded many housing inquiries from frustrated African American migrants to Detroit in the post-World War I period and beyond. Unable to locate sufficient housing in the City of Detroit, Dancy broadened his search outside the City with hopes that more rural areas would not have the same restrictive covenants and that lesser demand would persuade landowners to sell to African American buyers. In 1920, Dancy succeeded when he found amenable property owners in possession of 140 acres in rural Inkster.  Although Inkster’s first African American residents’ settlement in Inkster preceded Dancy’s discovery, the 140 acres of available land enabled and impelled hundreds more African American families to move from Detroit to Inkster, despite the lack of a local government or basic public amenities like streetlights or sewer lines. 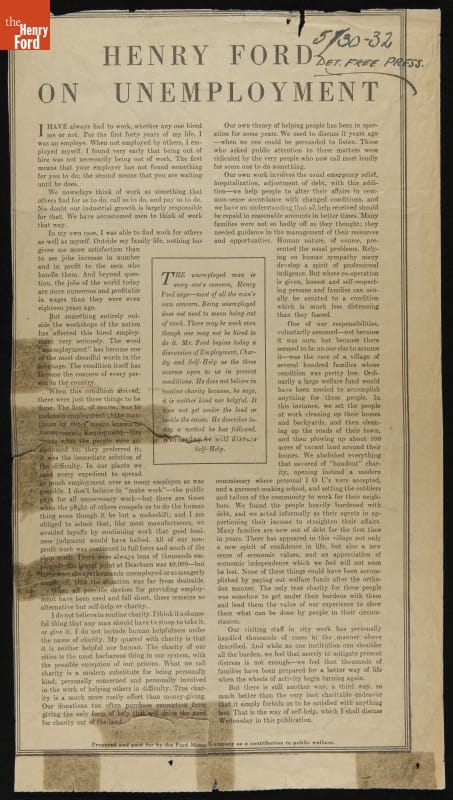 A Community Becomes a Project
Henry Ford was vocal about his disdain for institutionalized philanthropy. He wrote an entire chapter, entitled “Why Charity?” in an autobiography, and explained, “philanthropy, no matter how noble its motive, does not make for self-reliance…A philanthropy that spends its time and money in helping the world to do more for itself is far better than the sort which merely gives and thus encourages idleness.” Henry Ford’s brand of philanthropy was characterized by helping people help themselves. During the Great Depression, Henry Ford was called upon by the City of Detroit to provide aid because the City’s welfare offices were overwhelmed. Their argument, aside from civic responsibility, was that the City was not receiving taxes from Ford Motor Company (FMC’s factories were located outside Detroit) yet as many as “36 percent of the families receiving care from the City of Detroit were former Ford employees” in 1931. The public goodwill that Ford’s $5 a day policy brought was quickly dissipating. In 1931, Ford agreed to two philanthropic ventures; he provided a low-interest, short-term $5 million loan to the City of Detroit and essentially took the then-Village of Inkster under the Ford Motor Company’s auspices. 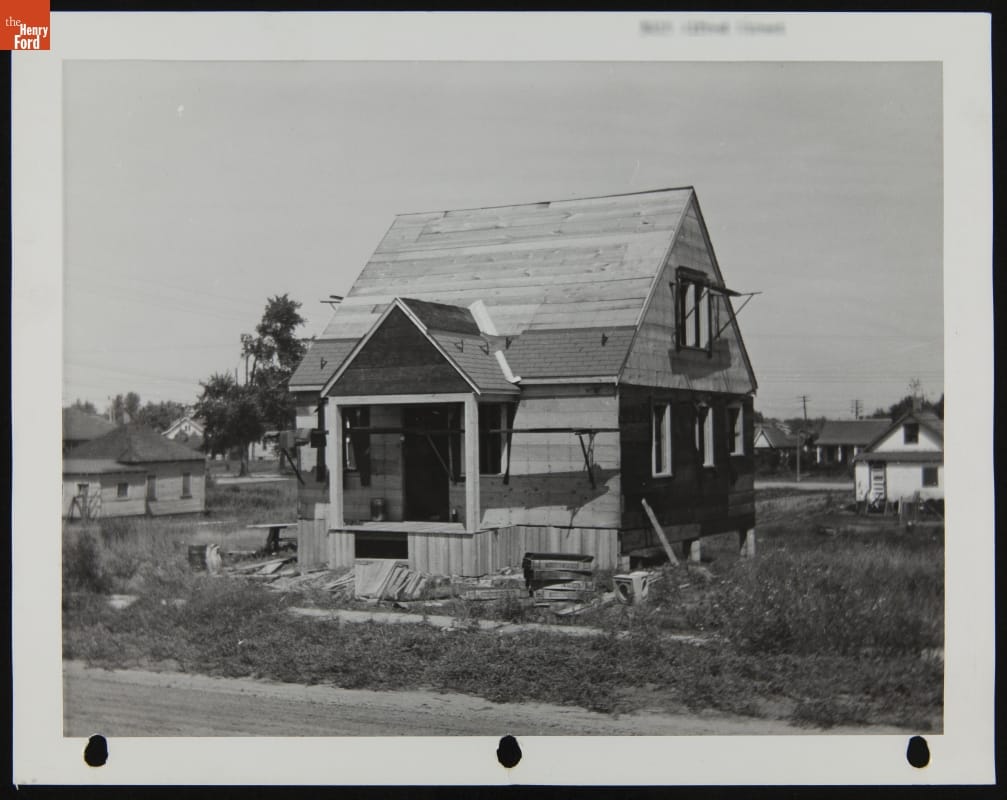 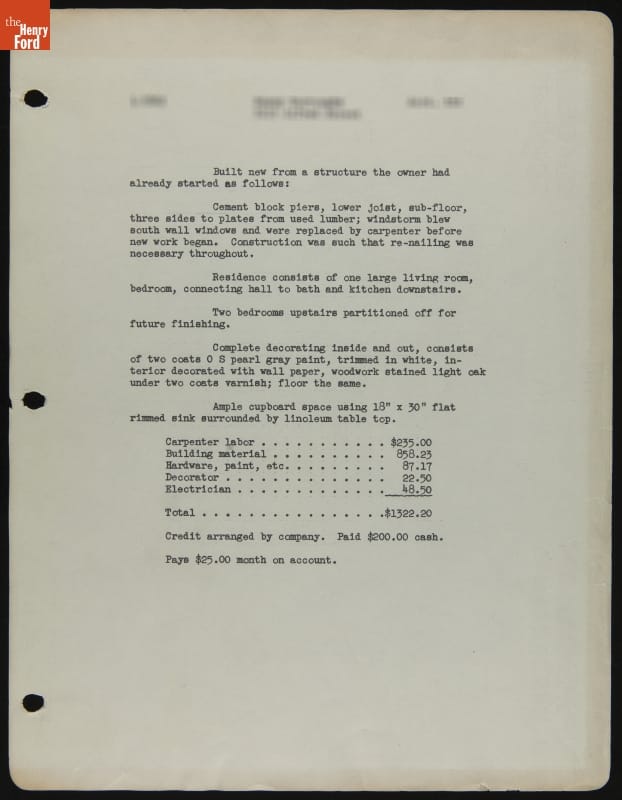 By 1931, a few years into the Great Depression’s hardships, the residents of Inkster were struggling. Unemployment and debt were high, public services had been cut, and many residences remained partially-completed, as the Great Depression halted progress in the young village. Controversially, Henry Ford placed FMC’s Sociological Department in charge of what became known as the Inkster Project. The Sociological Department was created in 1914 in order to manage the diverse workforce and ensure employee adherence to the company’s strict standards, which were paternalistic in nature and often crossed the home life-work life boundary. In Inkster, the Sociological Department immediately began implementing programs to comprehensively rehabilitate the village. A commissary, which sold high-quality, low-cost food and essential home goods, was established. Coal was distributed to those who needed it to heat their homes. Debtors were paid off, and a medical clinic and school were constructed. Homes deemed insufficient were rehabilitated. The inability to pay for these services was irrelevant; a type of “I.O.U,” repayable through Ford-provided work and wages, was enough to access all life’s necessities. 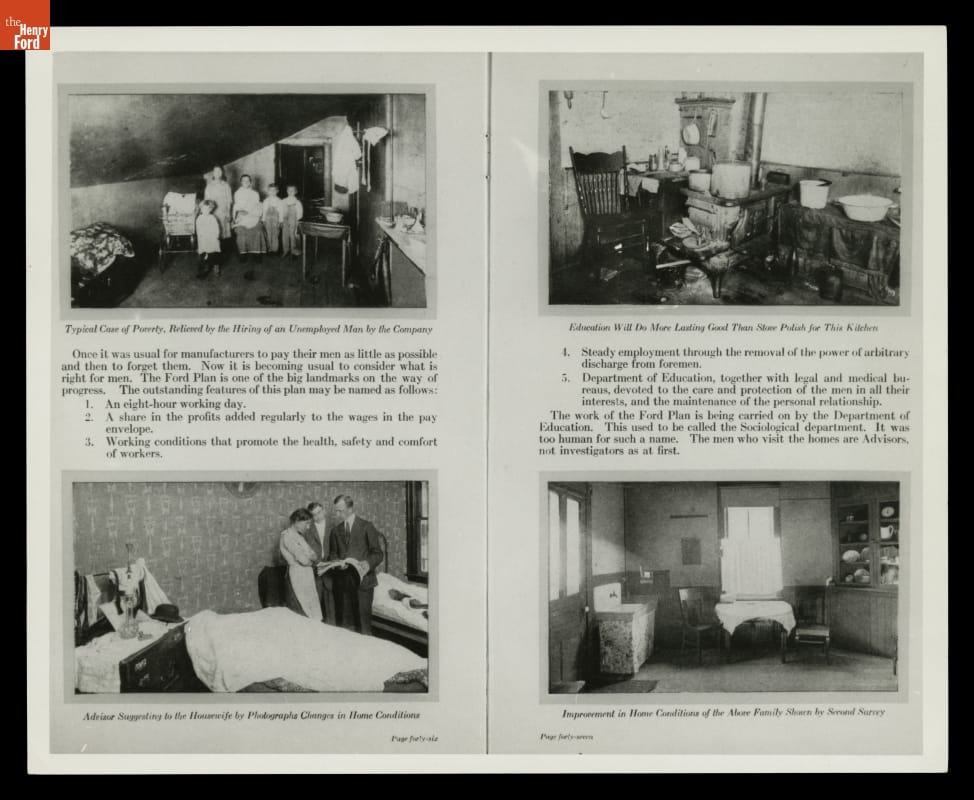 The Legacy of the Inkster Project
Although the Inkster Project was generally highly-regarded at the time, the FMC Sociological Department’s role was often overreaching. When agreeing to Ford’s aid, an Inkster resident was also agreeing to running their household as preferred by Henry Ford. Although his funds undoubtedly helped Inkster during the Great Depression, Ford’s motives were not entirely altruistic. Besides the much-needed public relations boost he received from the Inkster Project, he also was able to assert his influence and ideals on a community that largely had no choice but to accept his aid -- with all strings attached. 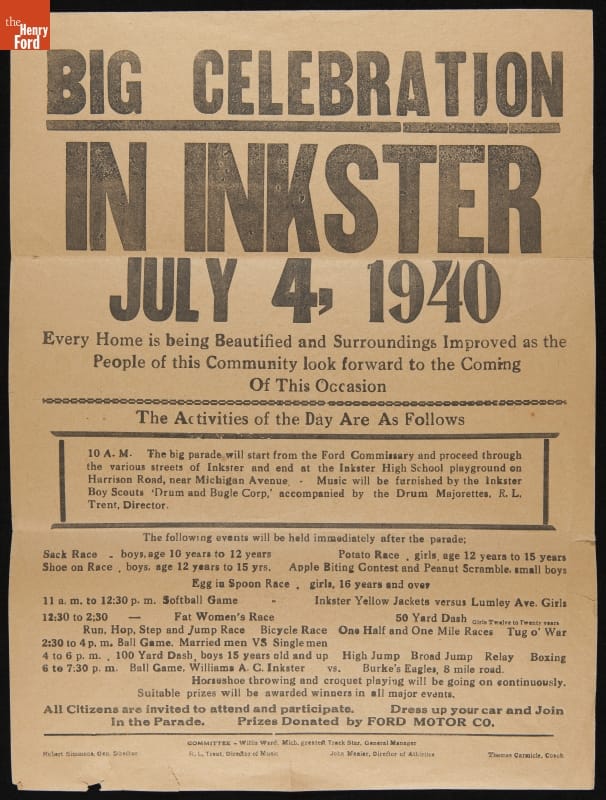 The Inkster Project’s legacy is complicated; many historians criticize Henry Ford’s paternalistic nature and the perhaps forceful imposition of his will onto the desperate, but others, including former residents of Inkster, praise Henry Ford for his aid. In her reminiscences, Georgia Ruth McKay explains that Inkster became a “jungle village changed into a city” during this period and that, “without his [Henry Ford’s] help, many would not have survived.” The Inkster Project was slowly phased out, but continued to operate in Inkster until 1941 when all programs were withdrawn. 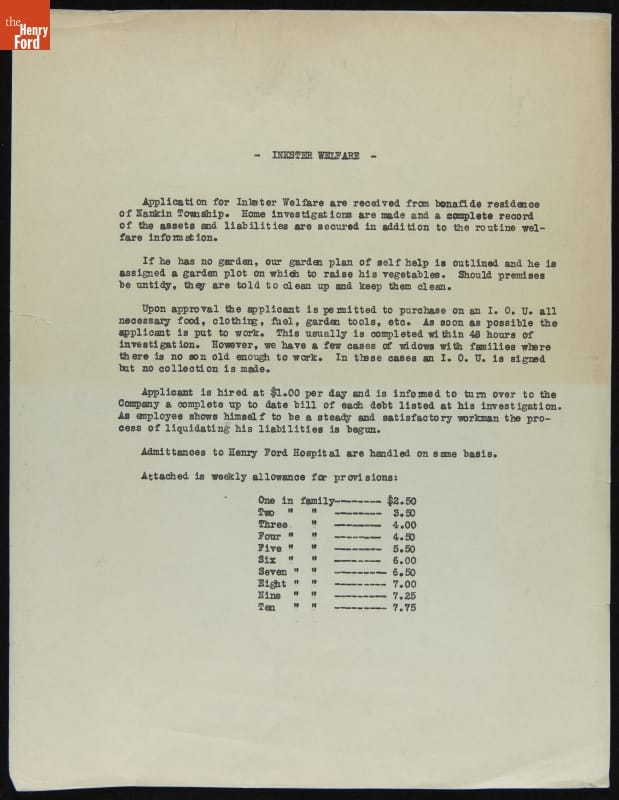 Katherine White is Associate Curator, Digital Content, at The Henry Ford. In writing this piece, she appreciated the research and writings of Beth Tompkins Bates’ “The Making of Black Detroit in the Age of Henry Ford”, Thomas J. Sugrue’s “The Origins of the Urban Crisis; Race and Inequality in Postwar Detroit,”, and Howard O’Dell Lindsey’s dissertation, “Fields to Fords, Feds to Franchise: African American Empowerment in Inkster, Michigan.”