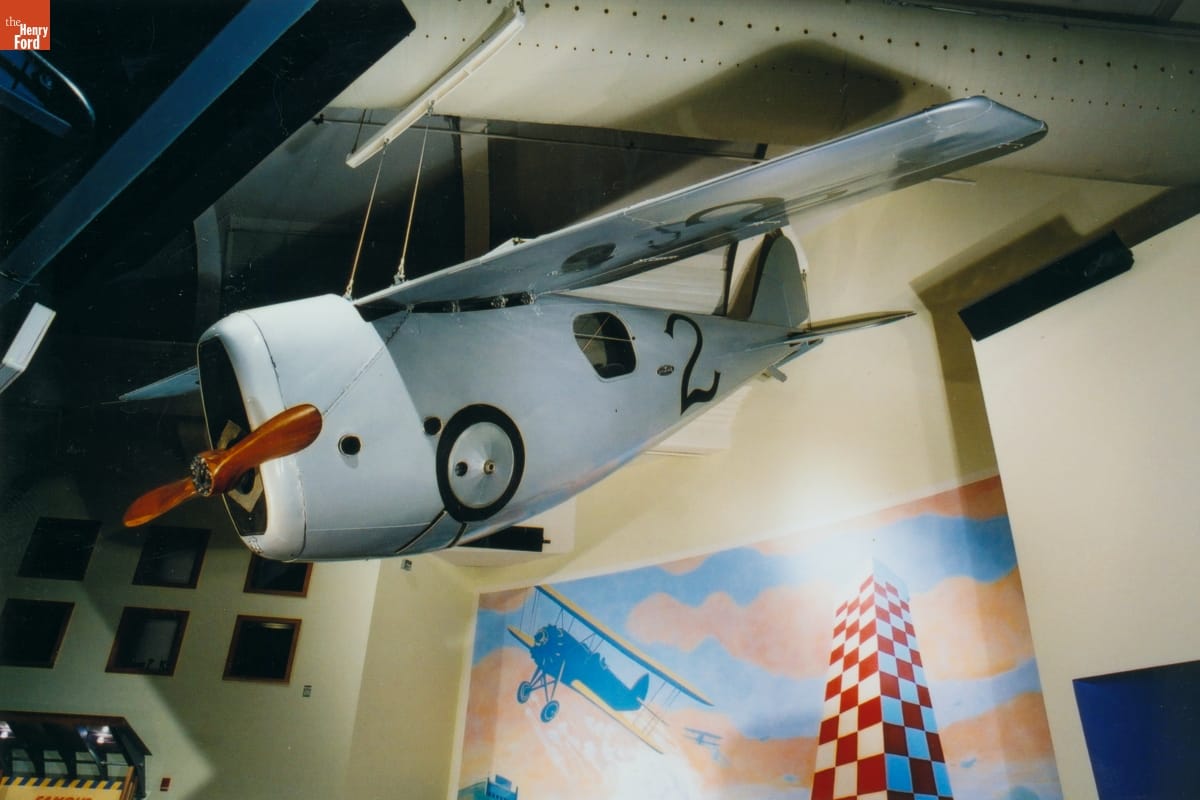 The Dayton-Wright RB-1 is a dramatic presence in Heroes of the Sky. / THF39666

“Racing breeds innovation.” It’s a time-tested saying that we often associate with auto racing, where things like rear-view mirrors and disc brakes proved themselves on the track before making their way into production cars. But that line holds just as true for early airplane racing. The proof is in competition craft like the 1920 Dayton-Wright RB-1.

Above all else, the RB-1 was built for speed. Designers Howard M. Rinehart (the “R” in “RB-1”) and Milton C. Baumann (the “B”) designed the airplane specifically to compete in the 1920 Gordon Bennett Air Race in France. First staged in 1909, the Bennett race was the premier venue for showcasing the latest in aircraft design and aviation technology. The competitions were held annually through 1913, but World War I forced a pause. The 1920 Bennett race, held in Orléans and Étampes, France, marked the first (and, as it turned out, last) running after the wartime hiatus. 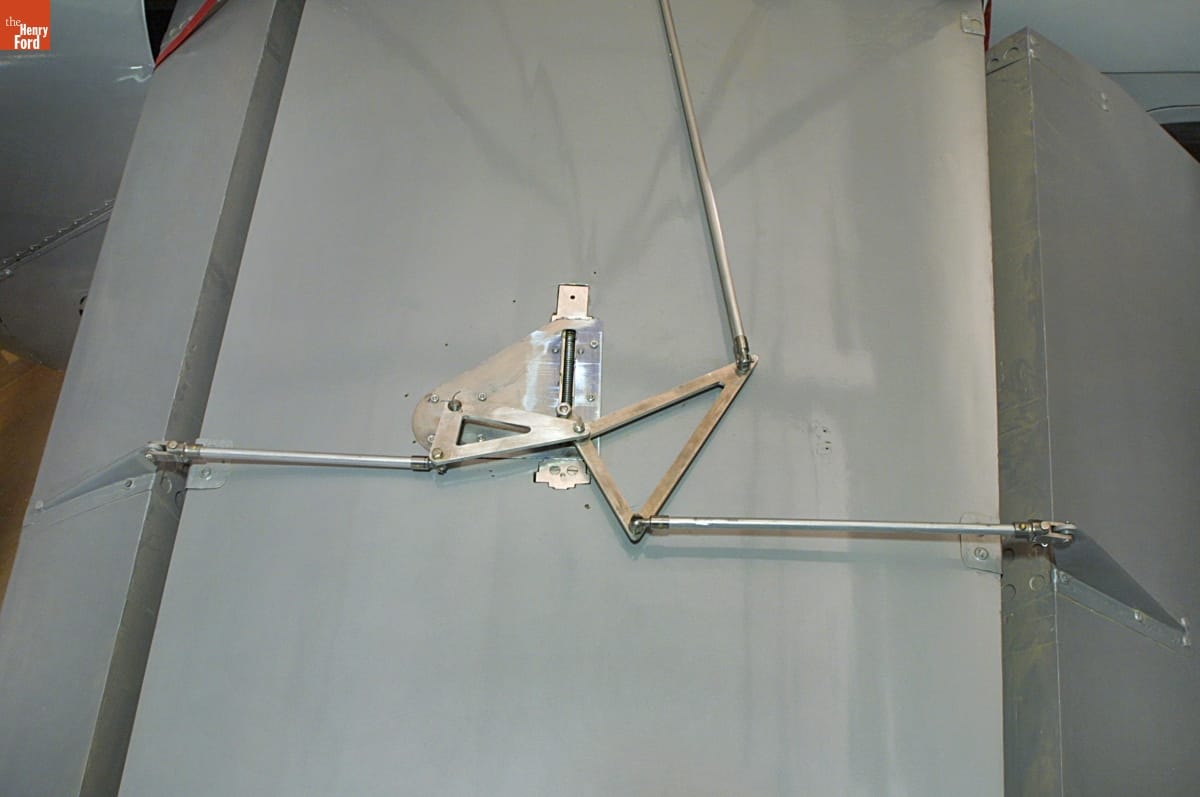 Rods and linkages moved flaps that changed the shape of the RB-1’s wing. / THF1463

Rinehart and Baumann gave the RB-1 several features—taken for granted today—that were absolutely cutting edge for the time. To start, it was a monoplane (single wing) design in an age when double wing biplanes dominated. The RB-1’s wing was cantilevered, meaning that it was entirely self-supporting via an internal framework. The wing didn’t require struts or cables to hold it in place. Both the wing and fuselage (the body of the plane) were made from laminated balsa wood covered with plywood and varnished linen. The designers equipped the RB-1’s wing with flaps on the front leading and rear trailing edges. Moving the flaps changed the wing’s camber—the shape of its curve. The flaps hung down during takeoffs and landings to produce maximum lift at low speeds, and they turned up flush with the wing during flight to reduce drag at high speeds.

Rinehart and Baumann realized that the wheels and struts used in an airplane’s landing gear produced significant wind resistance. They solved that problem with a pair of retractable wheels that could be pulled up into the fuselage when the plane was in flight. The RB-1 is believed to have been the first land-based airplane to use retractable landing gear. (Some earlier floatplanes—airplanes equipped with pontoons for water-based operation—had auxiliary retractable wheels.) The RB-1’s wing flaps and wheels were interlocked. When the pilot turned a hand crank on the control panel, the flaps and wheels moved simultaneously—wheels and flaps up after takeoff, or wheels and flaps down for landing. 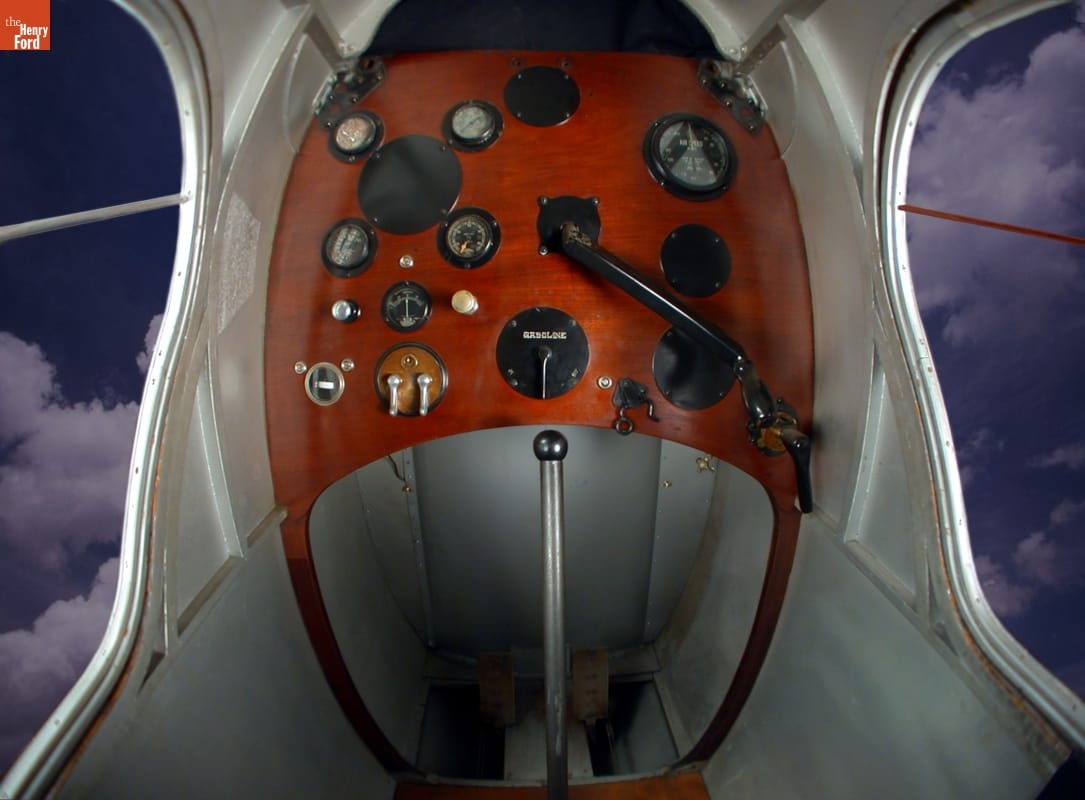 Rinehart and Baumann also gave the RB-1 an enclosed cockpit. This further reduced drag, but at a significant cost. The design left the pilot with absolutely no forward vision, and with only limited lateral vision through a set of portholes on either side of the fuselage. The pilot had to fly in a zigzag pattern to see what was ahead.

The RB-1’s specifications were as impressive for 1920 as its appearance. The plane was equipped with an inline six-cylinder, water-cooled engine capable of 250 horsepower. Top speed recorded in competition was 165 miles per hour, but observers at the time thought the RB-1 was capable of 190 or even 200 miles per hour. The airplane measured 22 feet, 6 inches long, with a wingspan of 23 feet, 3 inches. The plane measured 6 feet, 2 inches high at its tallest point. Range was estimated at 275 miles—though that would’ve been cut considerably when flying at top speed. 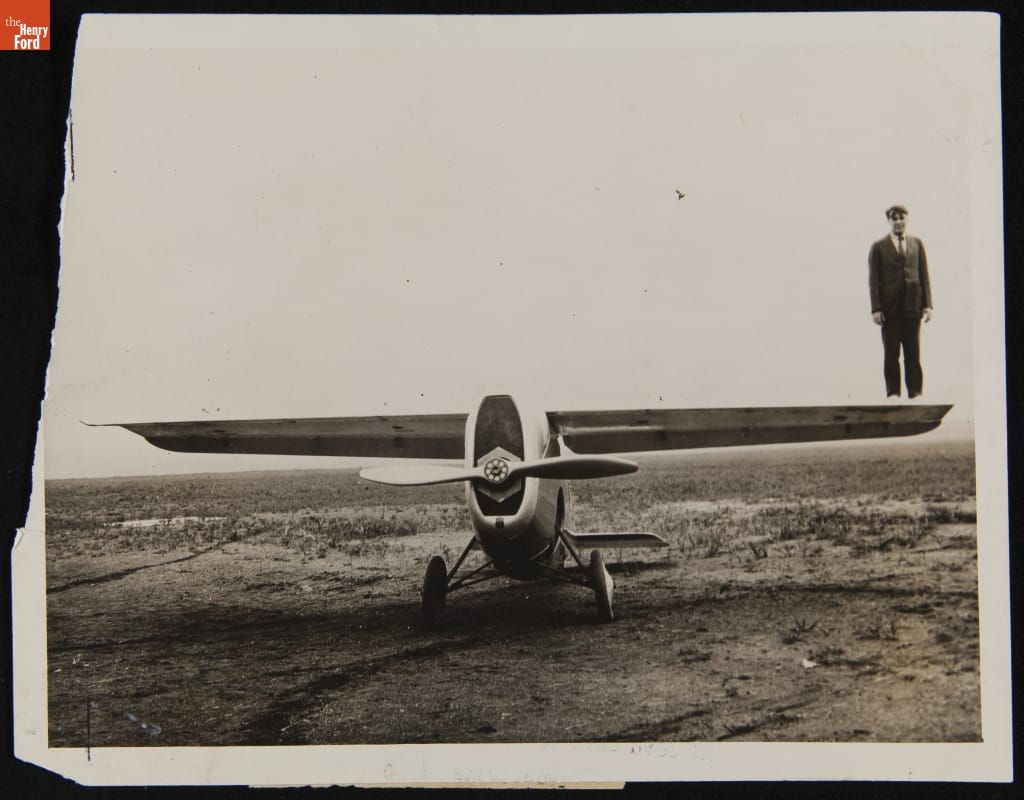 The work of piloting the RB-1 in the Gordon Bennett Air Race fell to Howard Rinehart. He had learned to fly in 1914 and, by the time the RB-1 project came together, Rinehart’s resume included stints as an exhibition flyer, a flight instructor, and a test pilot. Rinehart was a capable and experienced pilot well suited for the demanding Bennett competition, and the RB-1 was as fine an airplane as one could wish in 1920. When Rinehart took off on race day, September 28, 1920, he was America’s best chance to take the Bennett Trophy back from French pilot Maurice Prevost, who’d won the 1913 contest. But, in the words of poet Robert Burns, “the best-laid schemes of mice and men go oft awry.”

Soon after Rinehart left the ground, the RB-1’s variable wing camber system gave him trouble. He could not get the wing flaps moved into racing position. And because the flaps were interconnected with the wheels, he couldn’t get the landing gear pulled completely into the fuselage either. To make things worse, Rinehart started having problems with the control rod. One of its connecting cables broke, and he found himself unable to turn the plane to the left. After about 20 minutes of struggle, Rinehart brought the RB-1 in for a landing. He touched down safely, but his chance for a victory was gone. Newspapers reported that “there were tears in the pilot’s eyes as he stepped from his machine.” 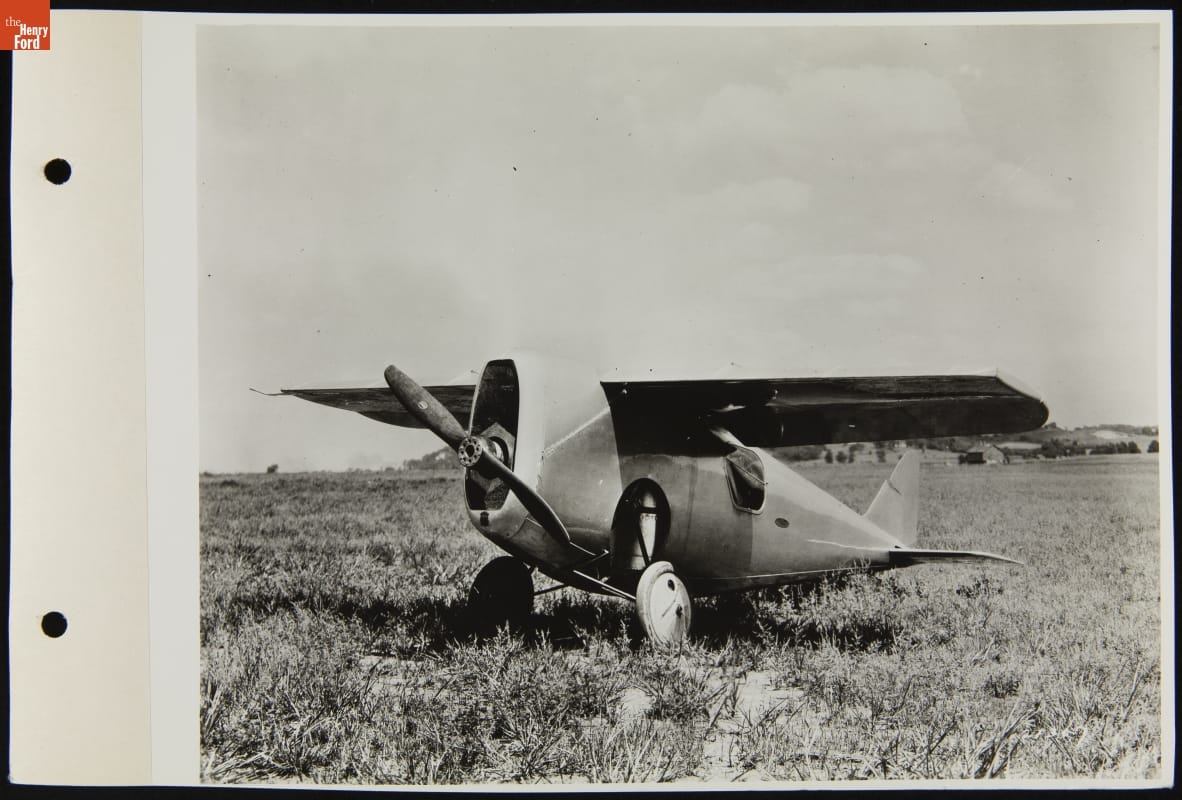 In the RB-1’s defense, mechanical problems were common in racing airplanes of that era. For that matter, technical gremlins continue to haunt racing vehicles of all types to this day—it’s just the nature of the game. The RB-1 never raced again. But in the years to come, its innovative features became commonplace.

Following the disappointment in France, Milton Baumann presented the RB-1 to the University of Michigan, his alma mater. It’s possible that engineering students used the aircraft for hands-on experiments. The university gifted the airplane to The Henry Ford in 1940. Knowing that the RB-1 had been modified several times leading up to the Bennett race, and that students may have made further alterations, museum staff members were eager to return the airplane to its race-day configuration. They turned to Charles Kettering, then the general manager of General Motors’ Research Laboratories Division in Detroit, for advice. Gearheads know Kettering for automotive innovations like the electric starter and leaded gasoline. But he was also one of the Dayton-Wright Company’s founders in 1917, and he was involved in the RB-1 project in 1920.

Today visitors will find the Dayton-Wright RB-1 on display in Heroes of the Sky, where it anchors our collection of early record-breaking aircraft. It may not have won any prizes in 1920, but the RB-1 continues to win admiration from those who see it.