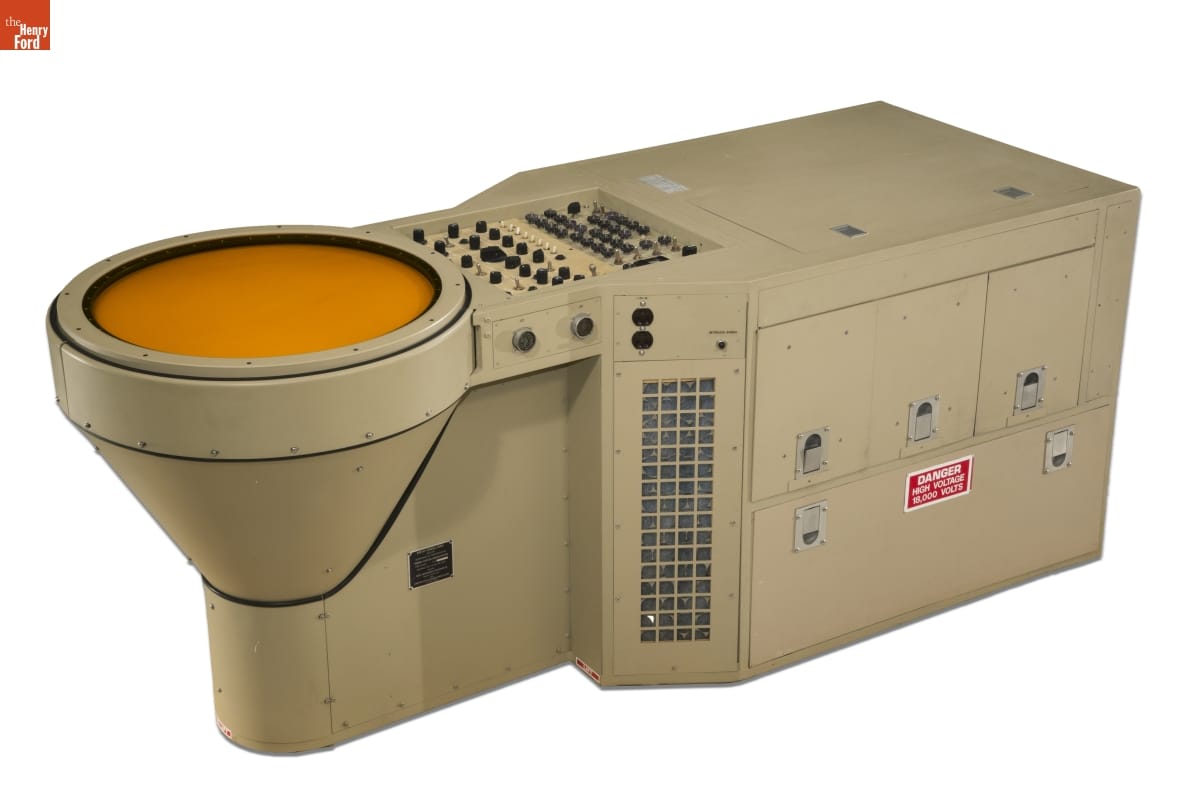 The growth of commercial aviation in the United States presented a challenge—how could airports control aircraft within the increasingly crowded space around them? The earliest efforts at air traffic control were limited to ground crew personnel waving flags or flares to direct planes through takeoffs and landings. Needless to say, this system needed improvement.

The first air traffic control tower opened in 1930 at Cleveland Municipal Airport. Pilots radioed their positions to the tower, where controllers noted the information on a map showing the positions of all planes within the airport's vicinity. Controllers radioed the pilots if a collision seemed possible and gave them permission to land or take off. Soon, all large American airports employed towers operated by the airports' respective municipal governments and staffed by growing crews. Smaller airports, though, remained dependent on a single controller (who might also handle everything from the telephone switchboard to passenger luggage). Additionally, some pilots treated controllers' instructions as mere suggestions—the pilots would land when and where they pleased. 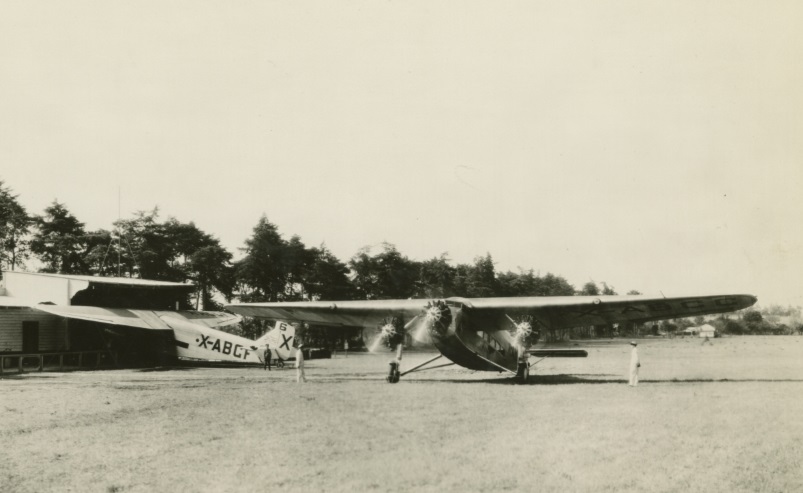 Before air traffic controllers began communicating with pilots by radio, airports relied on ground crew personnel to direct planes through takeoffs and landings. / detail of THF94919

Airlines recognized the need for formal oversight and attempted to supply it themselves. They formed Air Traffic Control, Inc., in 1936 to regulate traffic at larger airports. This new agency worked well but applied only to commercial aircraft. It became clear that only federal supervision could regulate all commercial and private air traffic at the nation's airports. The Civil Aeronautics Act, passed by Congress in 1938, established the Civil Aeronautics Authority—the forerunner of today's Federal Aviation Administration (FAA)—to establish safety guidelines, investigate accidents, regulate airline economics, and control air traffic.

The post-World War II economic boom brought a surge in air travel, as well as larger and faster jet aircraft. But the nation's air traffic control system remained unchanged. Upgrades came only after a tragic mid-air collision between two passenger planes over the Grand Canyon in 1956. All 128 passengers and crew aboard both flights perished. Public outrage forced the widespread implementation of radar, a technology greatly improved during the war, into the management of U.S. skies.

Into the 1960s, air traffic controllers augmented radar signal displays with hand-written plastic markers that identified each plane and its altitude. Integrating computers with radar eliminated the need for written markers, as information about each plane automatically displayed on radar screens. This improved radar system, referred to as the Automated Radar Terminal System, finally made its way to metropolitan airports in 1969, when the FAA contracted with Sperry Rand to build control computers and radar scopes. 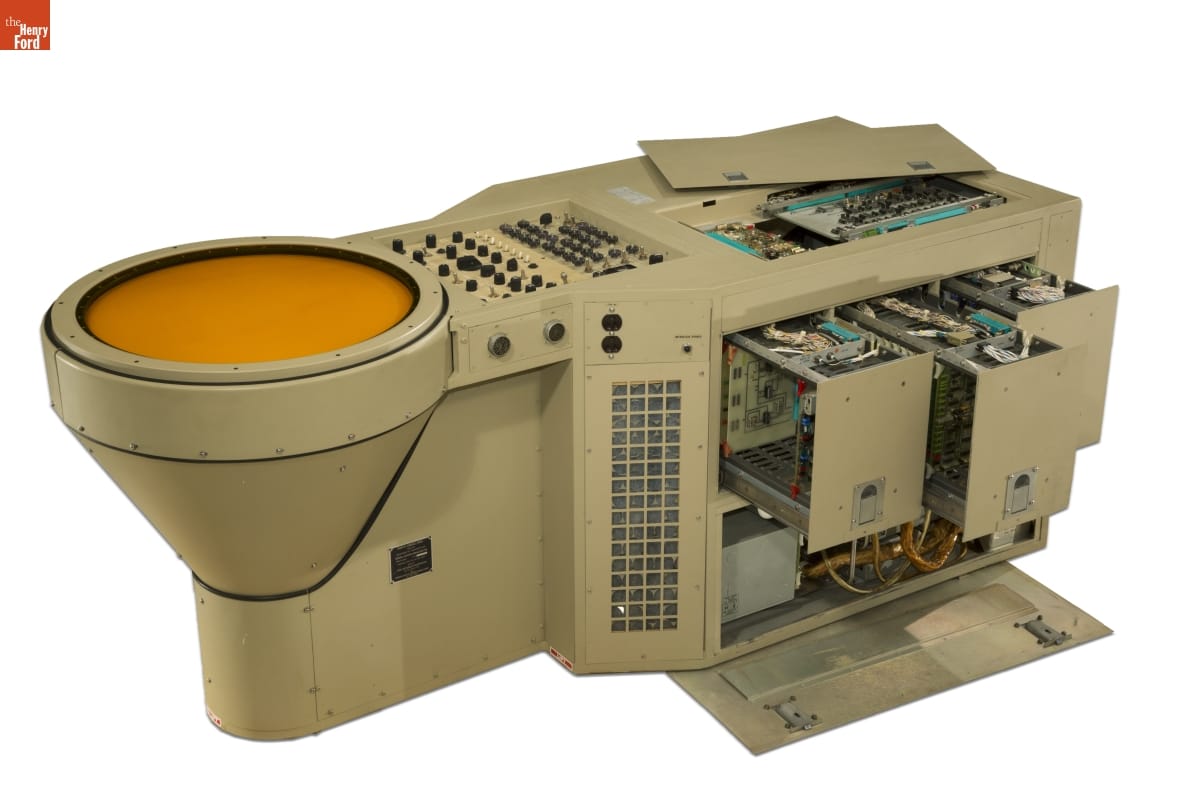 This computer-integrated radar scope, used at Detroit Metro Airport from 1970 to 2001, was one of the first units capable of displaying an airplane's identification number and altitude directly on the screen. In this photograph, panels have been removed to reveal the unit’s internal components. / THF154729

This radar scope display panel is the first of those scopes to be produced. It was installed at Detroit Metropolitan Airport in 1970. This unit, and others like it, sat in the tower's radar room. It was used to monitor and control aircraft within 35 miles of the airport. Two people worked the unit in tandem, sitting on either side of the display screen. While this arrangement made maximum use of expensive equipment, it led to inevitable difficulties—users sometimes disagreed on screen contrast settings. With the introduction of single-user LCD displays in the 1980s and 1990s, this unit was downgraded to training use and then retired from service in 2001.

Today, radar itself is facing retirement from air traffic control. Aircraft can relay their positions to each other and the ground without radar through Automatic Dependent Surveillance-Broadcast, which combines GPS technology with high-speed data transfer. Required in most controlled airspace as of January 1, 2020, this new system provides more accurate location information. It also allows closer spacing of aircraft in the skies, increasing capacity and permitting better traffic management.

Though it was outpaced by newer technologies, this computer-integrated radar scope—the first of its kind—survives in the collections of The Henry Ford as evidence of the critical developments that produced the safe and efficient aviation system we rely on today. To discover more aviation stories, visit the Heroes of the Sky exhibition in Henry Ford Museum of American Innovation, or find more on our blog.