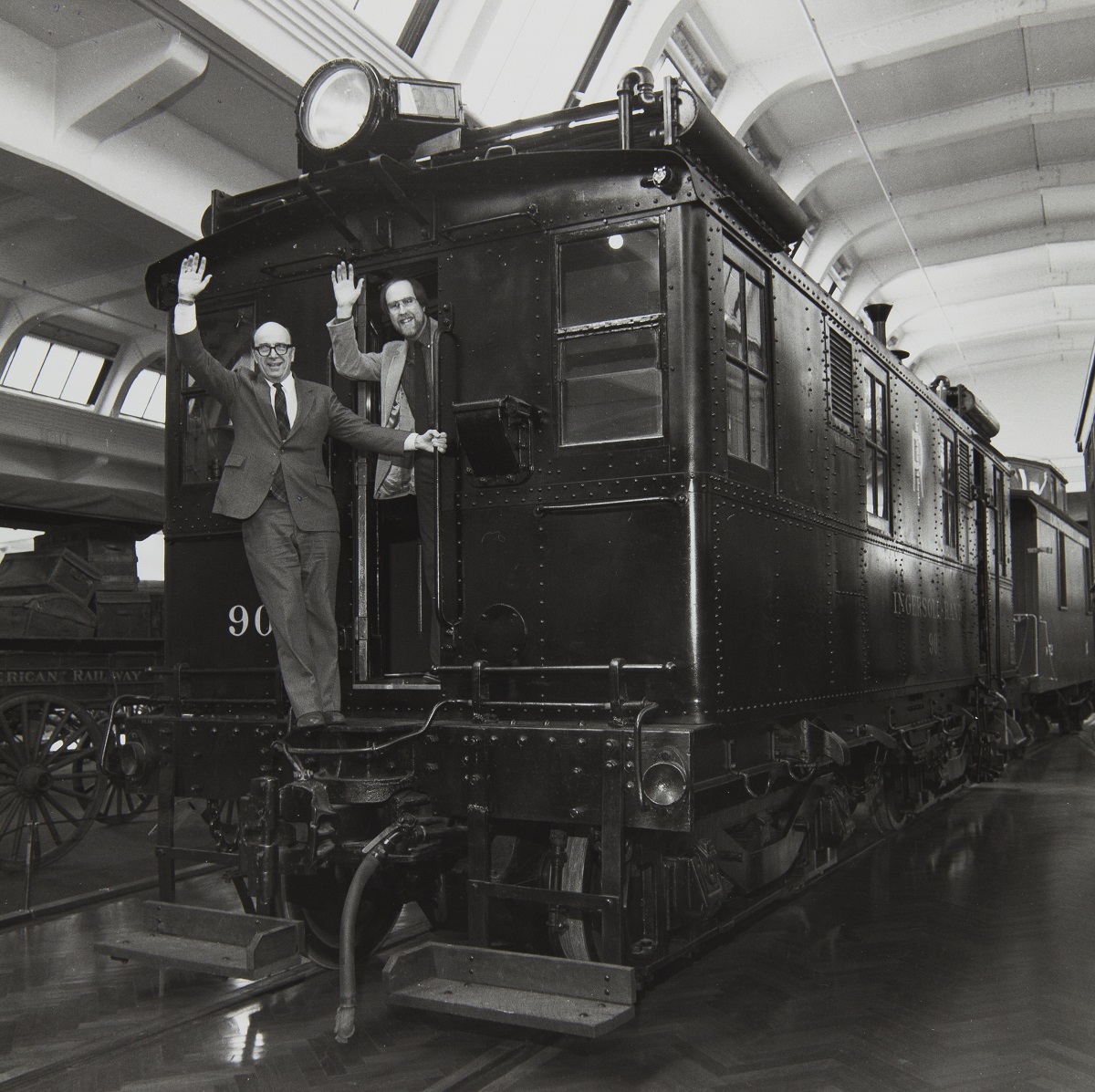 Randy Mason (right) waves from inside the door of the Ingersoll-Rand Diesel-Electric Locomotive No. 90, January 1985. / THF271030, detail

The Henry Ford is saddened by the passing of Randy Mason on Saturday, March 19, 2022. Randy was Curator of Transportation at our institution for 20 years. He left a lasting mark on our mobility collections, and on our annual Old Car Festival and Motor Muster shows.

Randy was operating an automobile rustproofing franchise in Inkster, Michigan, when he crossed paths with Leslie Henry, then The Henry Ford’s Curator of Transportation. Les was so impressed with Randy’s knowledge of automotive history, and his passion for the subject, that he convinced Randy to leave the franchise and put the full range of his talents to work at the museum.

Randy succeeded Les Henry as Curator of Transportation in 1971. He oversaw the automotive, railroad, and aviation collections at a transformative time for The Henry Ford. Tightly-packed rows of cars and machines, long a fixture at automotive and industrial museums, were falling out of favor with visitors, who wanted more in the way of explanation and context. Randy helped create uniform labels and signs, and more thoughtful displays, throughout The Henry Ford’s transportation exhibits.

Undoubtedly, the most dramatic change during Randy’s tenure came in 1987 with the opening of The Automobile in American Life. The 50,000-square foot exhibition was a landmark in interpreting automotive history. Rather than focusing on the car as a technology, the exhibit explored the many changes that the car brought to everyday life in the United States. Automobiles were shown alongside related objects, like highway travel guides, fast food restaurant signs, and even a real tourist cabin and a re-created Holiday Inn room, that provided greater context for guests. The Automobile in American Life was replaced by Driving America in 2012, but its core concept—treating the car not only as a technological force but as a social force—endures in the new exhibit.

Even after he left The Henry Ford, Randy remained active in the automotive world, both as a historian and as an enthusiast. He was involved with the Henry Ford Heritage Association and he worked on the successful effort to preserve the Ford Piquette Avenue Plant in Detroit. We will miss Randy, but we take heart knowing that his efforts, his knowledge, and his passion survive—in the artifacts he preserved, in the articles he wrote, and in the many new enthusiasts he inspired through his work.