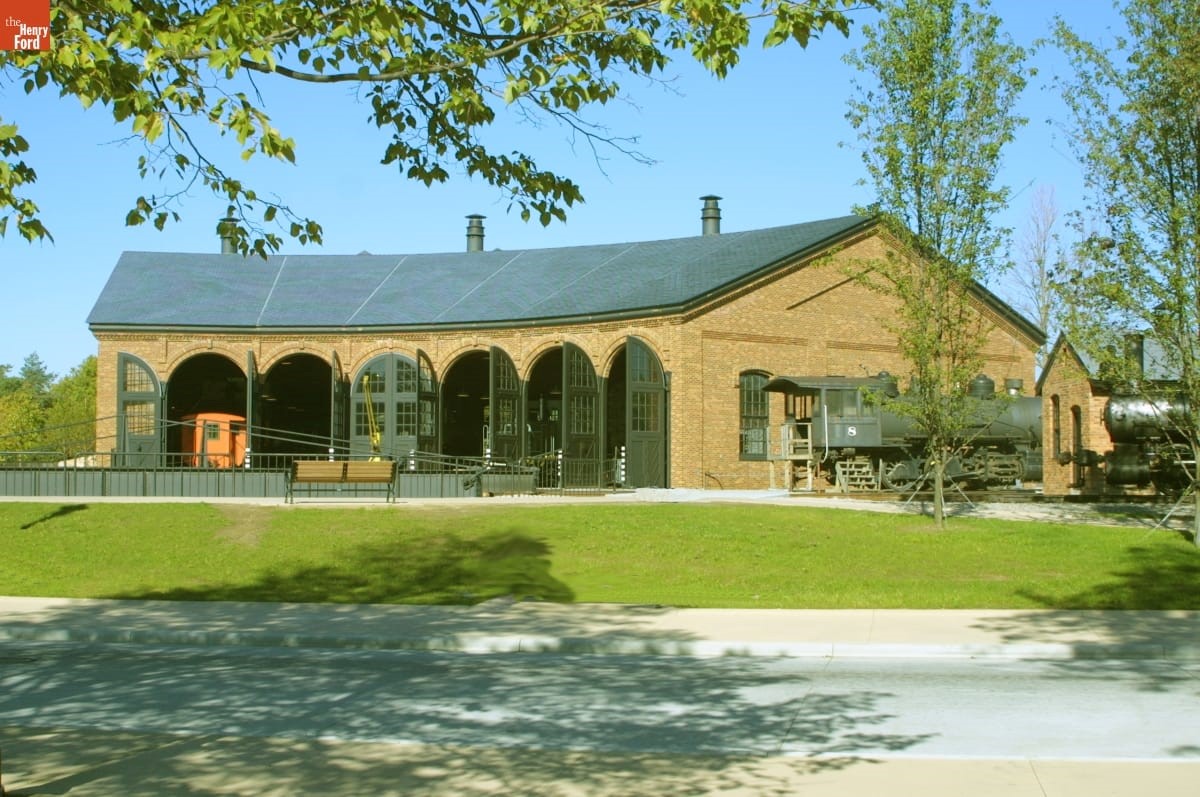 Symbolic Structure
Apart from the ubiquitous small-town depot, there may be no building more symbolic of railroading than the roundhouse. At one time, thousands of these peculiar structures were spread across the country. Inside them, highly-skilled workers used specialized tools, equipment, and techniques to care for the steam locomotives that powered American railroads for more than a century.

Today, only a handful of American roundhouses are still in regular use maintaining steam locomotives. Visitors to The Henry Ford have the rare opportunity to see one of these buildings in action. The Detroit, Toledo & Milwaukee Roundhouse is the heart of our Weiser Railroad, the steam-powered excursion line that transports guests around Greenfield Village. Our dedicated railroad operations team maintains our operating locomotives using many of the same methods and tools as their predecessors of earlier generations. 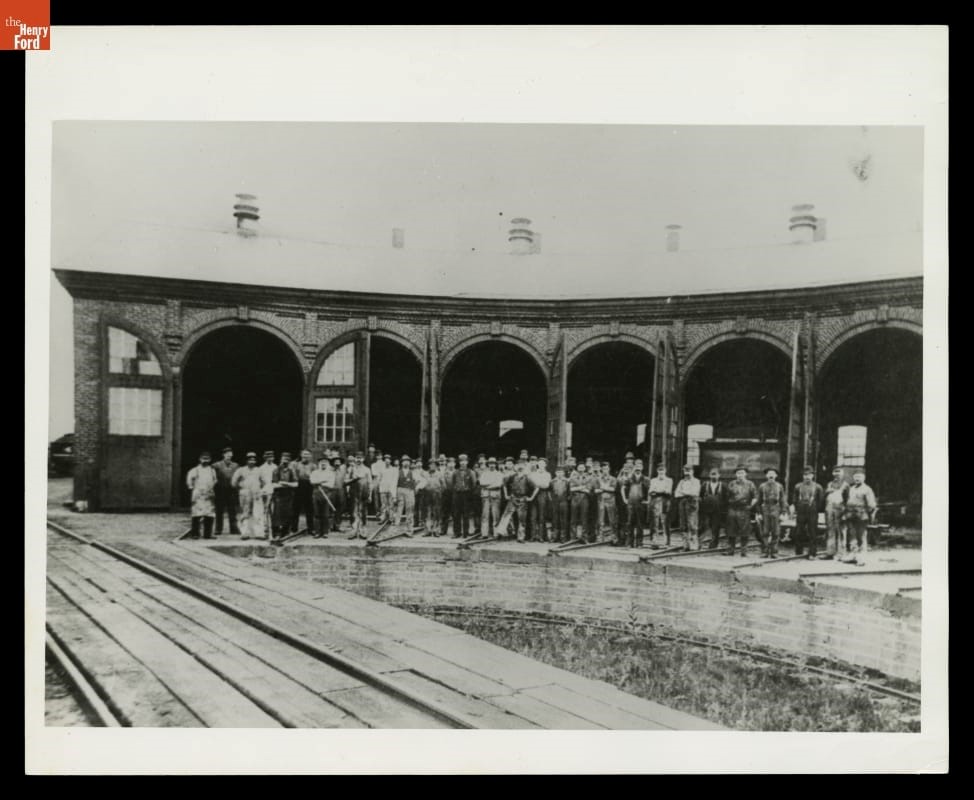 Workers pose outside the Detroit, Toledo & Milwaukee Roundhouse on its original site in Marshall, Michigan, circa 1890-1900. (THF129728)

Roundhouses were built wherever railroads needed them, whether in the heart of a large city or out on the open plains. In 1884, the Detroit, Toledo & Milwaukee Railroad constructed its roundhouse in Marshall, Michigan – the approximate midpoint on DT&M’s 94-mile line between the Michigan cities of Dundee and Allegan. Larger railroads operated multiple roundhouses, generally located at 100-mile intervals – roughly the distance one train crew could travel in a single shift. The roundhouses on these large railroads served as relay points where a new locomotive (and crew) took over the train while the previous locomotive went in for maintenance. 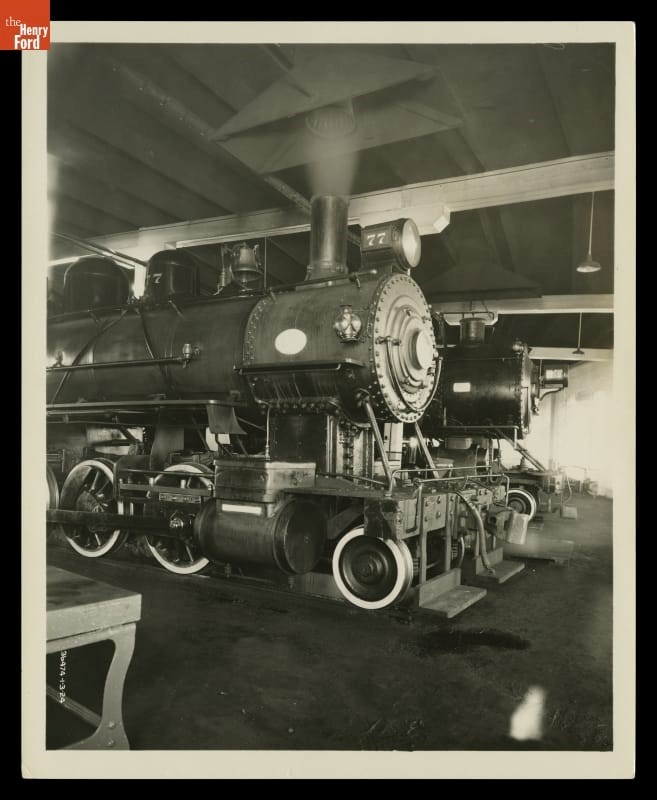 Roundhouses gave crews space to work, but also kept locomotives and equipment within easy reach, as seen in this 1924 view inside a Detroit, Toledo & Ironton Railroad roundhouse. (THF116641)

Circular Reasoning
Railroads embraced the circular roundhouse design for a variety of reasons. It allowed for a compact layout, keeping the locomotives and equipment inside closely spaced and within accessible reach. The building pattern was flexible, permitting a railroad to add stalls to an existing roundhouse (or remove them) as conditions warranted. The turntable – used to access each roundhouse stall – simplified trackwork and didn’t require multiple switches to move locomotives from place to place. 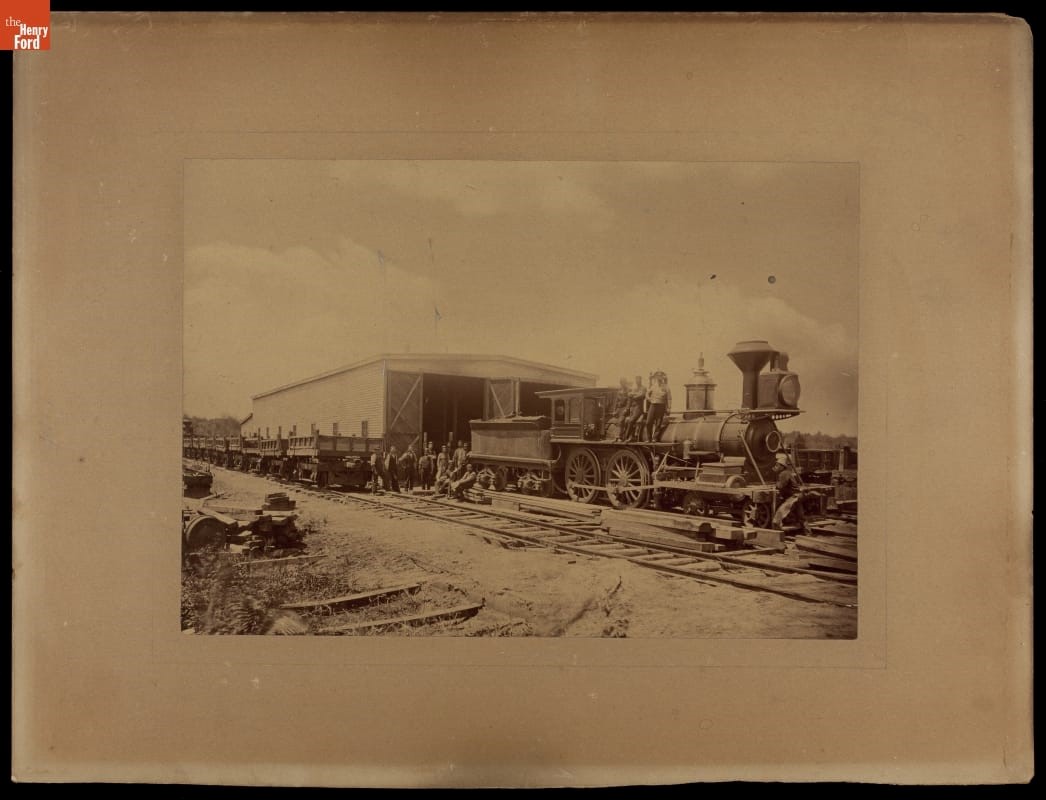 Not all “roundhouses” were round. See this example from Massachusetts, photographed in 1881. But round structures offered decided advantages over rectangular buildings. (THF201503)

Likewise, the single-space stalls and turntable allowed for convenient access to any one locomotive. Long, rectangular service buildings required moving several locomotives to extract one located at the end of a track. (If you’ve ever had to ask people to move their cars from a driveway so that you could get yours out, then you’ll recognize this problem.) The turntable had the added benefit of being able to reverse the direction of a locomotive without the need for a space-consuming “wye” track. 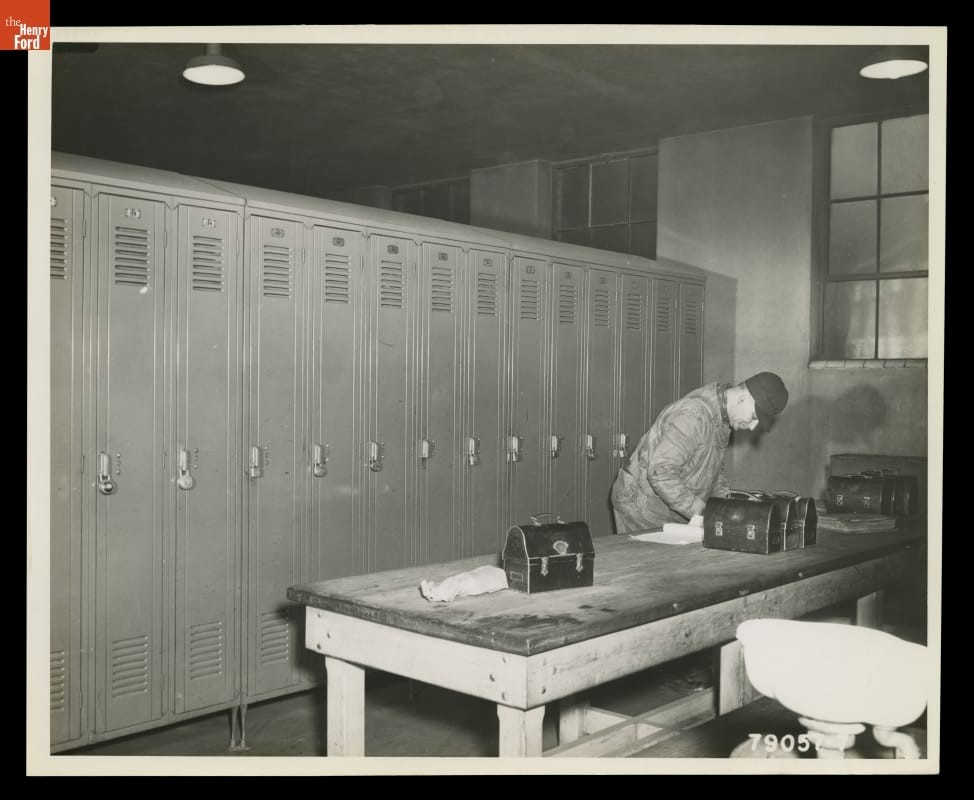 People made the roundhouse work, like this man at the Detroit, Toledo & Ironton’s Flat Rock, Michigan, roundhouse photographed in 1943. (THF116647)

A Variety of Trades
Of course, roundhouses were more than locomotives, turntables, and tracks. Their most important feature was the variety of skilled tradespeople and unskilled workers who made them function. Boilermakers, blacksmiths, machinists, pipefitters, and more all labored within a roundhouse’s stalls. Large roundhouses might employee hundreds of people. The environment was noisy and smoky, and much of the work was dangerous and dirty – emptying ash pans, cleaning scale from boilers, greasing rods and fittings – but it had its advantages. Unlike train crews who worked all hours and spent long periods away from home, roundhouse workers enjoyed more regular schedules and returned to their own beds at the end of the day. 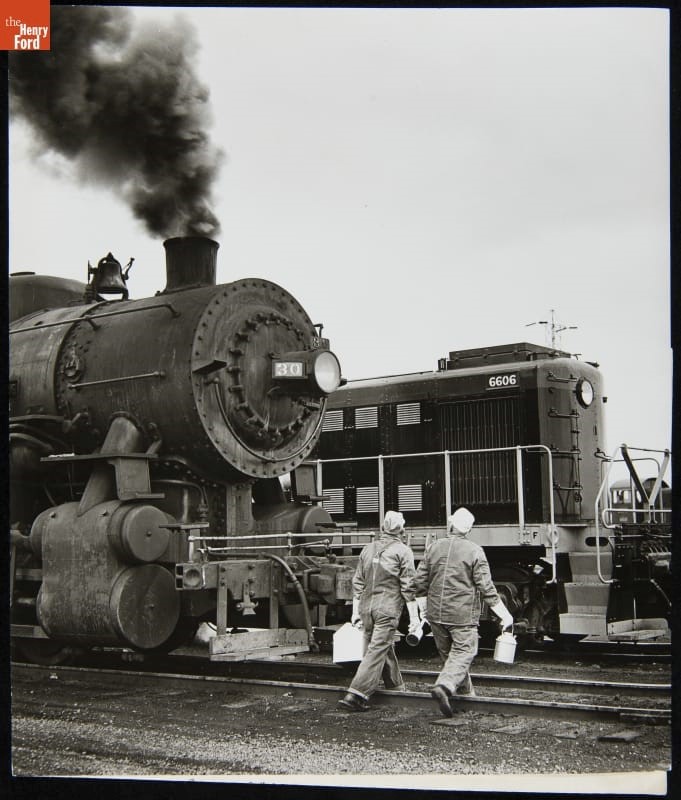 Roundhouses faded after the transition from steam to diesel, illustrated by this 1950 photo taken at Ford’s Rouge plant. (THF285460)

Roundhouses Retired
With the widespread adoption of diesel-electric locomotives following World War II, the roundhouse gradually disappeared from the American railroad. Diesels needed far less maintenance than steam engines, and required fewer specialized skills from the crews that serviced them. Following dieselization, a few roundhouses were modified to maintain the new locomotives, while others were put to other railroad uses. Some were preserved as museums, and a few were even converted into shopping centers or restaurants. But most were simply torn down or abandoned.

The Detroit, Toledo & Milwaukee Roundhouse followed a similar pattern of slipping into disuse – though in its case, it was more a victim of the DT&M Railroad’s failing fortunes than the transition to steam. After a series of acquisitions and mergers, the little DT&M became a part of the Michigan Central. The much larger MC had no need for DT&M’s Marshall roundhouse, and the new owner repurposed the structure into a storage building. In 1932, the roundhouse was abandoned altogether. It was in a dilapidated condition by the late 1980s, when The Henry Ford began the process of salvaging what components we could. After many years of planning and fundraising, the reconstructed DT&M Roundhouse opened to Greenfield Village guests in 2000. Clearly, the building itself is rare enough, but it’s the work that goes on inside that makes it truly special. Today, the DT&M Roundhouse is one of the few places in the world where visitors can still observe the crafts and skills that kept America’s steam railroads rolling so many years ago.