Celebrating Lincoln at the 2022 Motor Muster 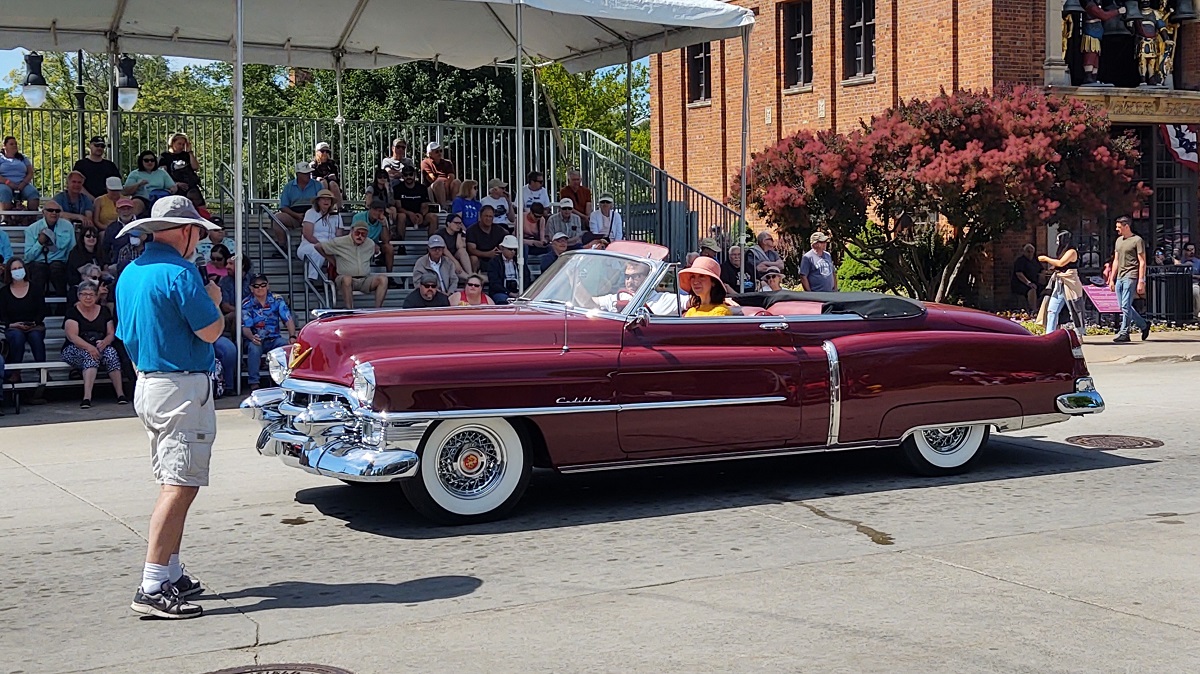 Lincoln was in our Motor Muster spotlight, but that didn’t mean we couldn’t enjoy this beautiful 1953 Cadillac Series 62 convertible. Perfect weather added to the show’s success. / Photo by Matt Anderson

It was a Motor Muster to remember as more than 600 cars, trucks, motorcycles, and bicycles—all dating from 1933 to 1978—gathered in Greenfield Village over the weekend of June 18–19, 2022. We couldn’t have asked for better weather, with both Saturday and Sunday boasting sunny skies and mild temperatures in the mid-70s. 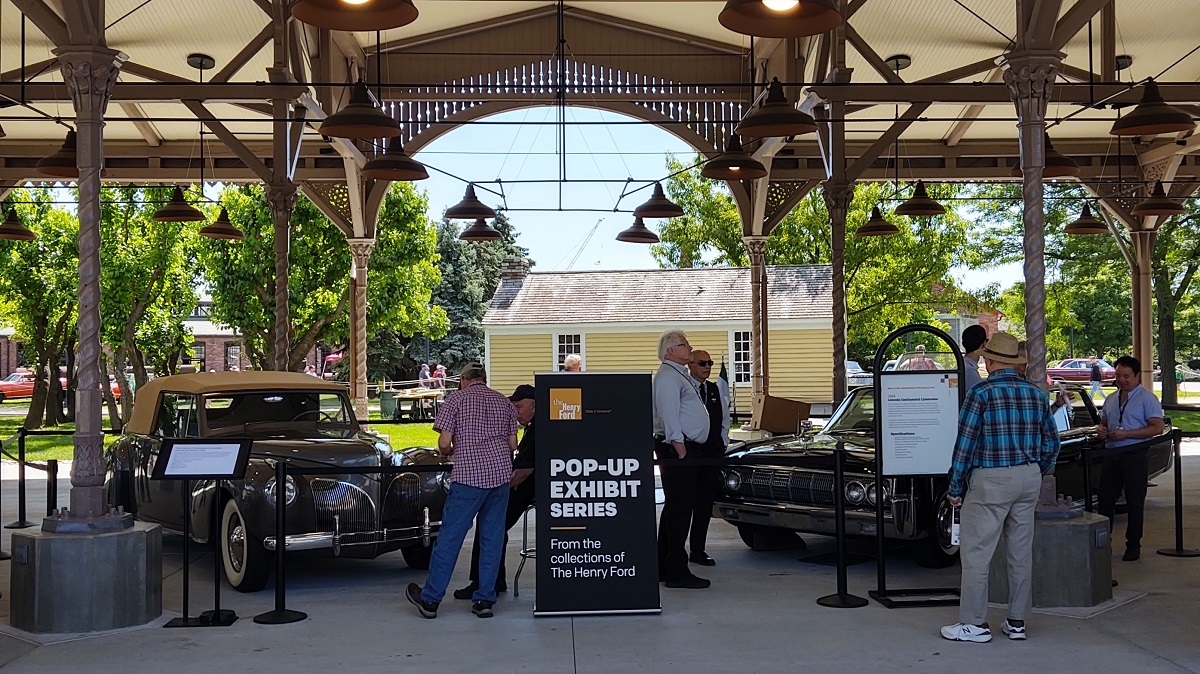 It’s been a century since Ford purchased Lincoln—a perfect time to bring out two Lincoln Continentals from The Henry Ford’s collection: a 1941 convertible and a 1964 limousine. / Photo by Matt Anderson

Our spotlight this year fell on Lincoln Motor Company. One hundred years ago, on February 4, 1922, Henry and Wilfred Leland sold their struggling firm to Henry and Edsel Ford. After that shaky start, Lincoln thrived under Ford management—particularly under the leadership of Edsel Ford—and produced designs and nameplates that continue to inspire today’s enthusiasts. 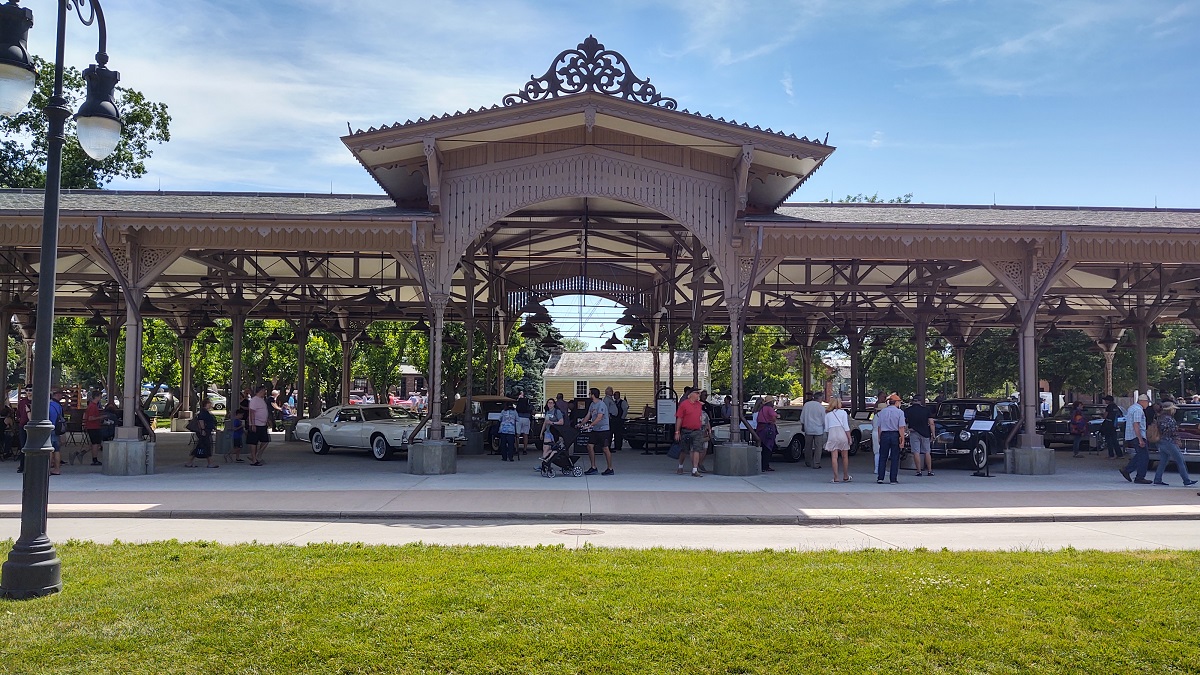 This was our first Motor Muster with the Detroit Central Market building, which opened earlier this year. We took full advantage of the beautiful structure, using it as a showcase for our Lincoln Motor Company theme. With generous assistance from some of our participants, and by drawing on The Henry Ford’s own collections, we assembled a complete set of at least one Lincoln Continental from every styling generation produced in our Motor Muster time frame of 1933 to 1978. Highlights included our 1941 Lincoln Continental convertible—a personal car of Edsel Ford who, with designer Bob Gregorie, created the original Continental—and our 1964 Lincoln Continental stretch limousine modified for Pope Paul VI. Other special vehicles included a full set of Lincoln’s top-of-the-line Mark-series Continentals representing the Mark III, VI, and V models. For good measure, we also included a couple of Continental Mark II cars—even though, strictly speaking, they’re not Lincolns. 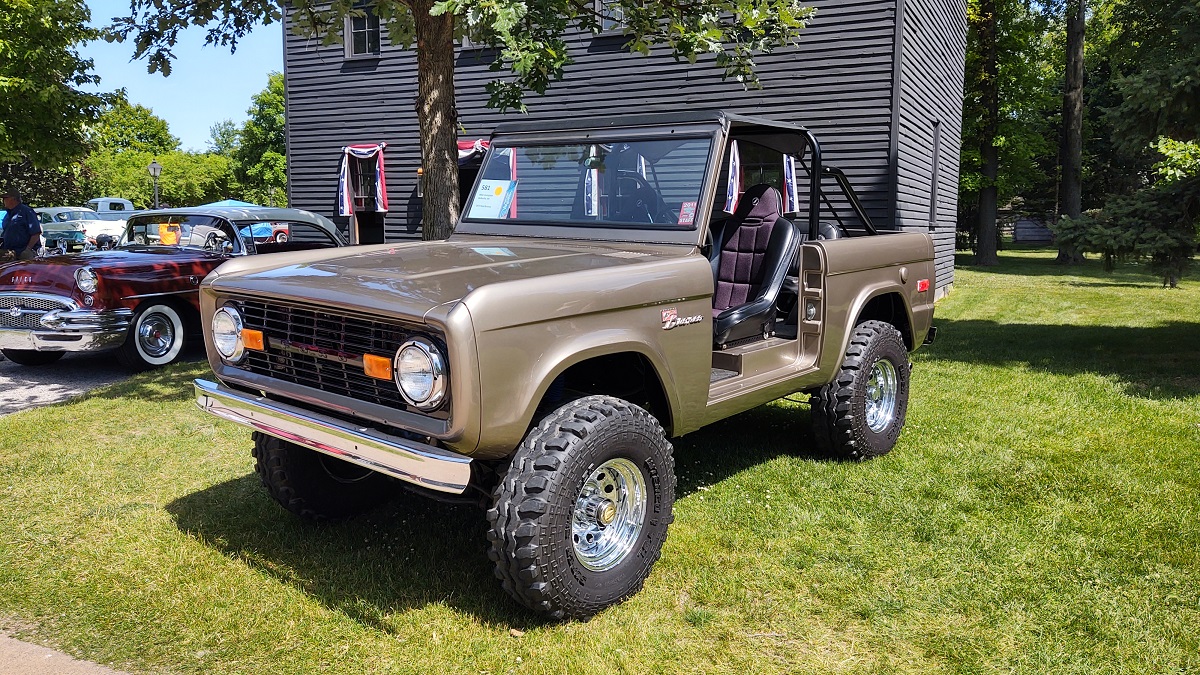 Our familiar decade vignettes returned for 2022. We recognized the 1930s with a re-created Civilian Conservation Corps camp, cooking demonstrations, and a wonderful selection of blues music by singer-guitarist Robert Jones. For the 1940s, we honored American efforts during World War II with a re-created wartime scrap drive and a horse-drawn milk delivery wagon—an appropriate fuel-saving measure and a reminder of days when the local dairy delivered right to your doorstep. 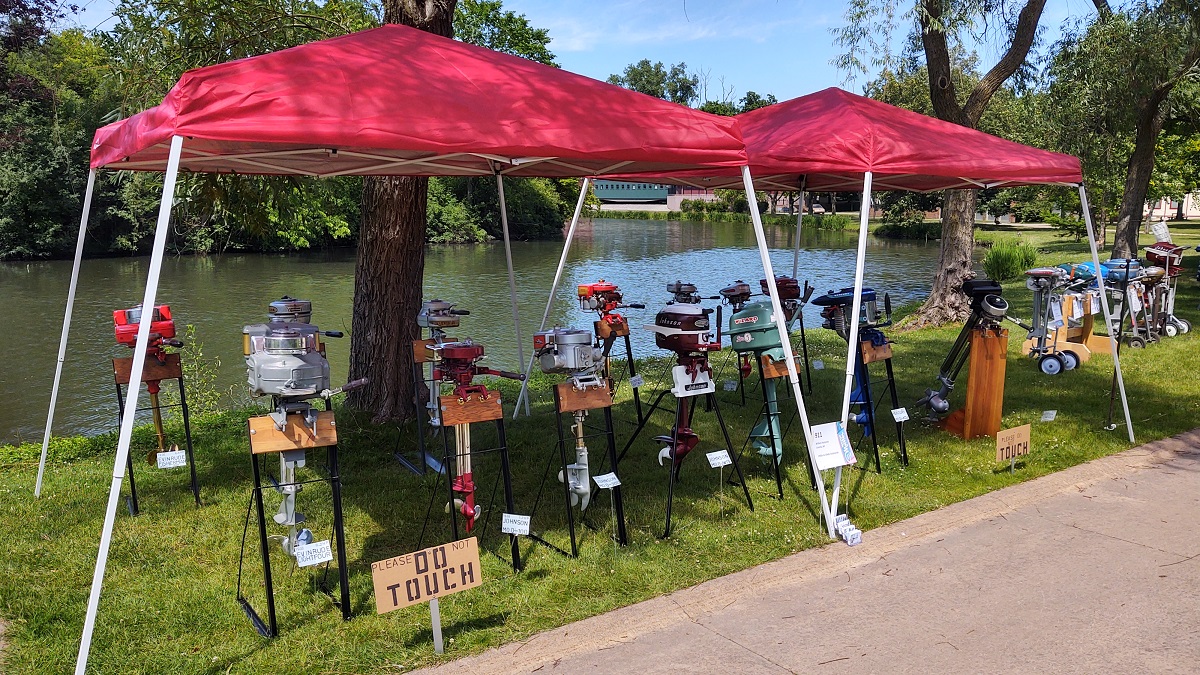 Outboard boat motors—and even a few boats—highlighted the “Tailfins and Two-Tones” boating display at Suwanee Lagoon. / Photo by Matt Anderson

The 1950s and 1960s had three interesting expressions at Motor Muster this year. We had our suburbia-inspired selection of vintage lawn mowers, as well as regular musical performances of ’50s hits by the Village Cruisers. New for 2022 was our “Tailfins and Two-Tones: Outboard Boating’s Golden Age” display on the banks of Suwanee Lagoon. Some of our show participants staged a selection of vintage outboard boat motors, along with a small flotilla of (trailered) motorboats exhibiting the same bright colors and tall tailfins seen on automobiles of the time. 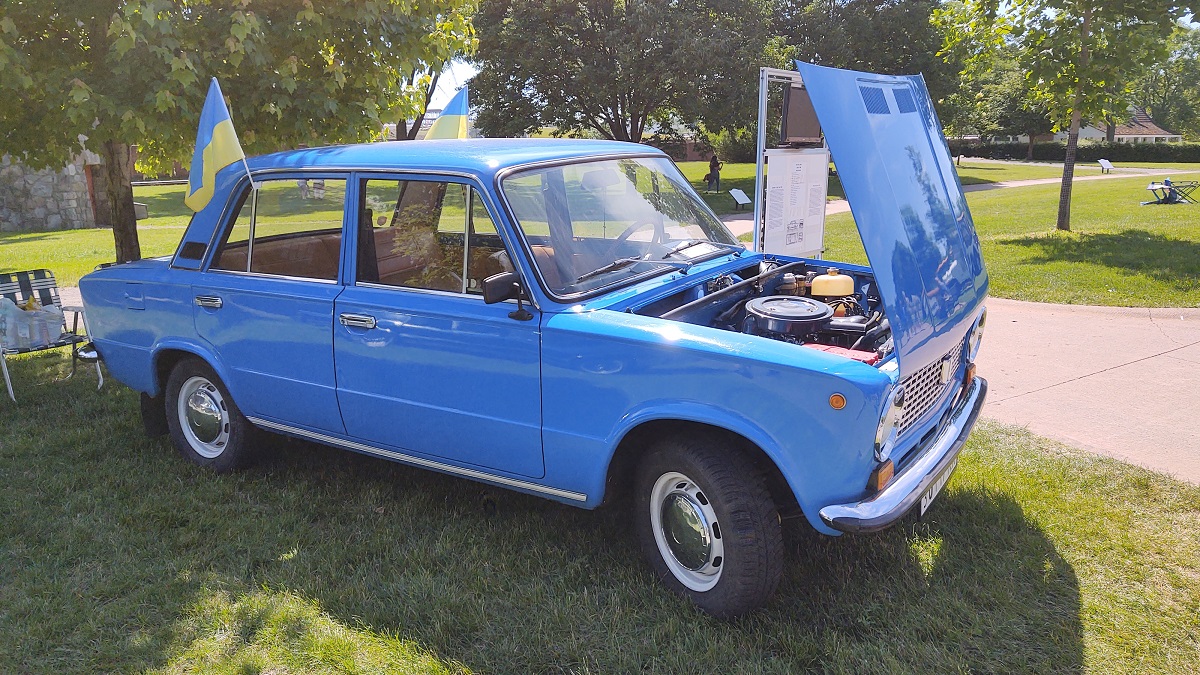 Something truly unusual: a 1978 VAZ 21011 sedan built in the Soviet Union—but flying Ukrainian flags in support of that besieged nation. / Photo by Matt Anderson

We celebrated the 1970s with another trio of programs. Costumed participants enjoyed a 1976 Bicentennial picnic near Ackley Covered Bridge. The band Classic Gold provided mini concerts of classic rock hits at the nearby gazebo. And, at the Herschell-Spillman Carousel, the vintage band organ pumped out music of a different vintage as it played hits by ’70s Swedish pop phenom ABBA throughout the weekend. 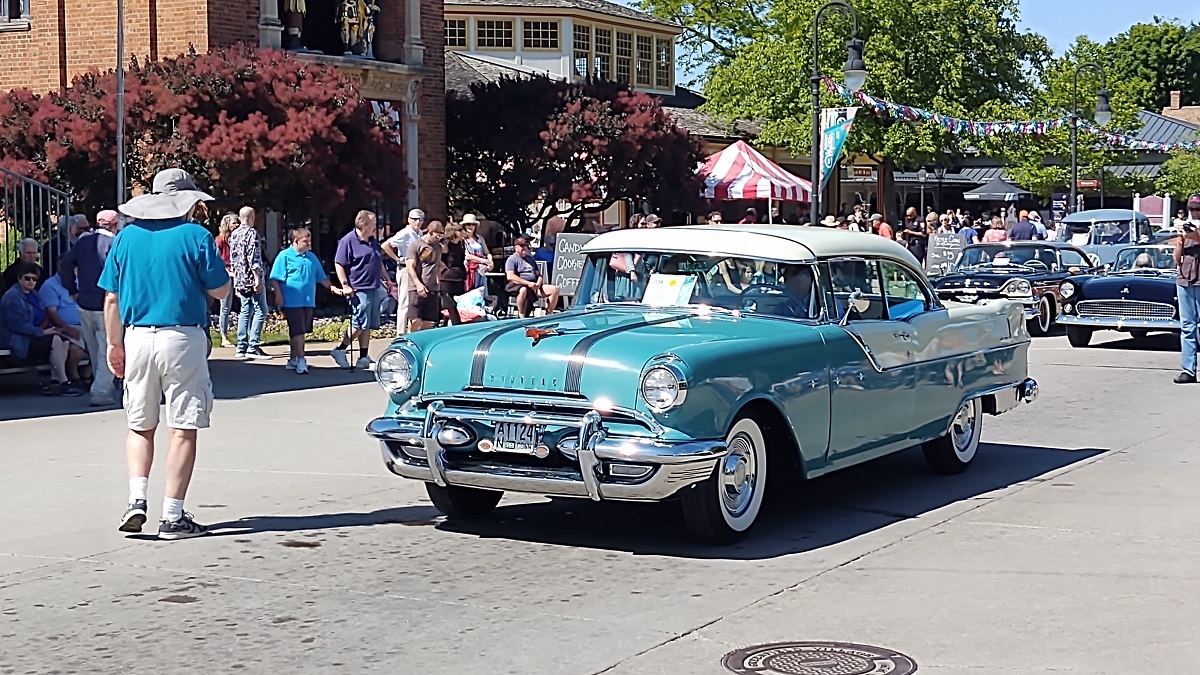 As always, Motor Muster visitors could choose to walk throughout Greenfield Village to see the cars arranged in chronological groupings, or they could find a seat in the bleachers on Main Street and let the cars come to them. Our pass-in-review programs, held throughout the weekend, had participant cars parading past the reviewing stand where expert narrators provided commentary on the various vehicles—design elements, engineering achievements, and personal stories from the collectors who shared their cars with us at the show.

After a couple of unusual years, it was good to be back at a Motor Muster that felt so close to normal. We’ve missed the cars for sure, but we’ve missed the camaraderie even more. Ask any of the show’s participants—the cars might draw us into this hobby, but it’s the stories and the friendships that keep us hooked.