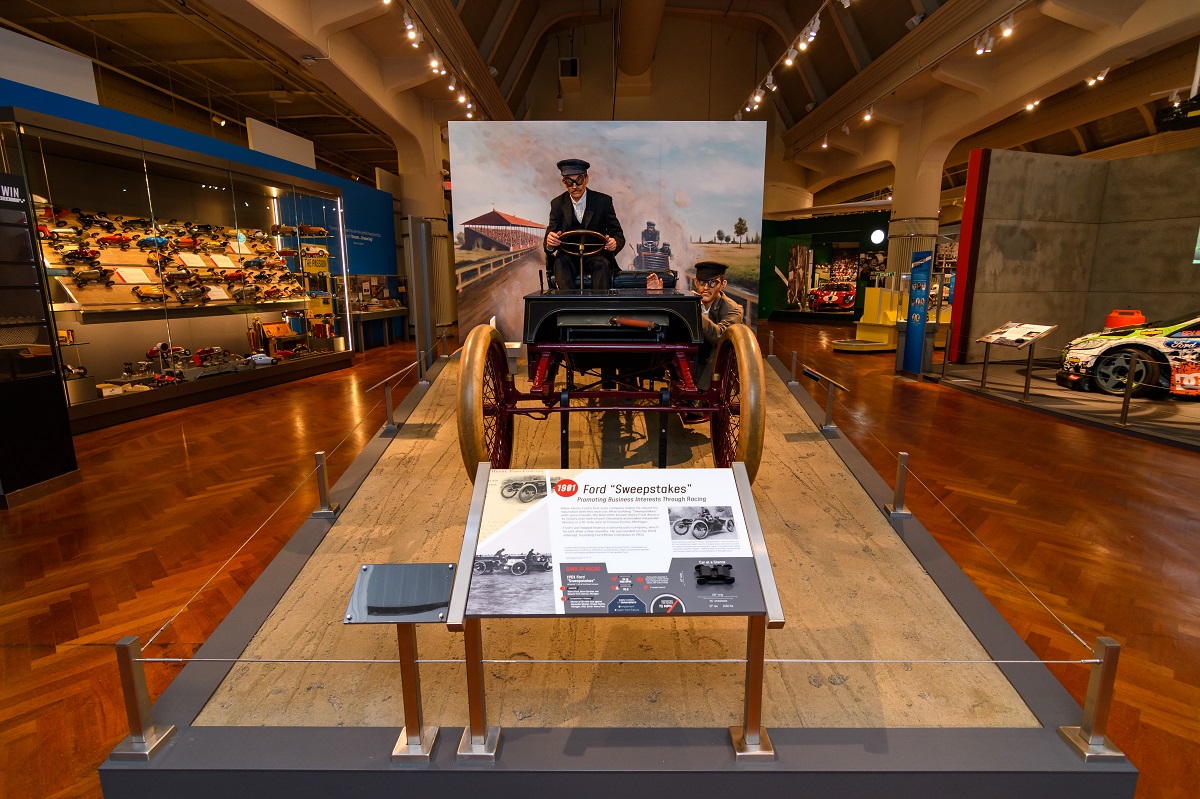 The original “Sweepstakes,” on exhibit in Driven to Win: Racing in America in Henry Ford Museum of American Innovation.

Auto companies often justify their participation in auto racing by quoting the slogan, “Win on Sunday, sell on Monday.” When Henry Ford raced in “Sweepstakes,” it was a case of win on Sunday to start another company on Monday. On October 10, 2021, we commemorate the 120th anniversary of the race that changed Ford’s life—and ultimately changed the course of American automotive history.

In the summer of 1901, things were not going well for Henry. His first car company, the Detroit Automobile Company, had failed, and his financial backers had doubts about his talents as an engineer and as a businessman. Building a successful race car would reestablish his credibility.

Ford didn’t work alone. His principal designer was Oliver Barthel. Ed “Spider” Huff worked on the electrical system, Ed Verlinden and George Wettrick did the lathe work, and Charlie Mitchell shaped metal at the blacksmith forge. The car they produced was advanced for its day. The induction system was a rudimentary form of mechanical fuel injection, patented by Ford, while the spark plugs may have been the first anywhere to use porcelain insulators. Ford had the insulators made by a Detroit dentist. 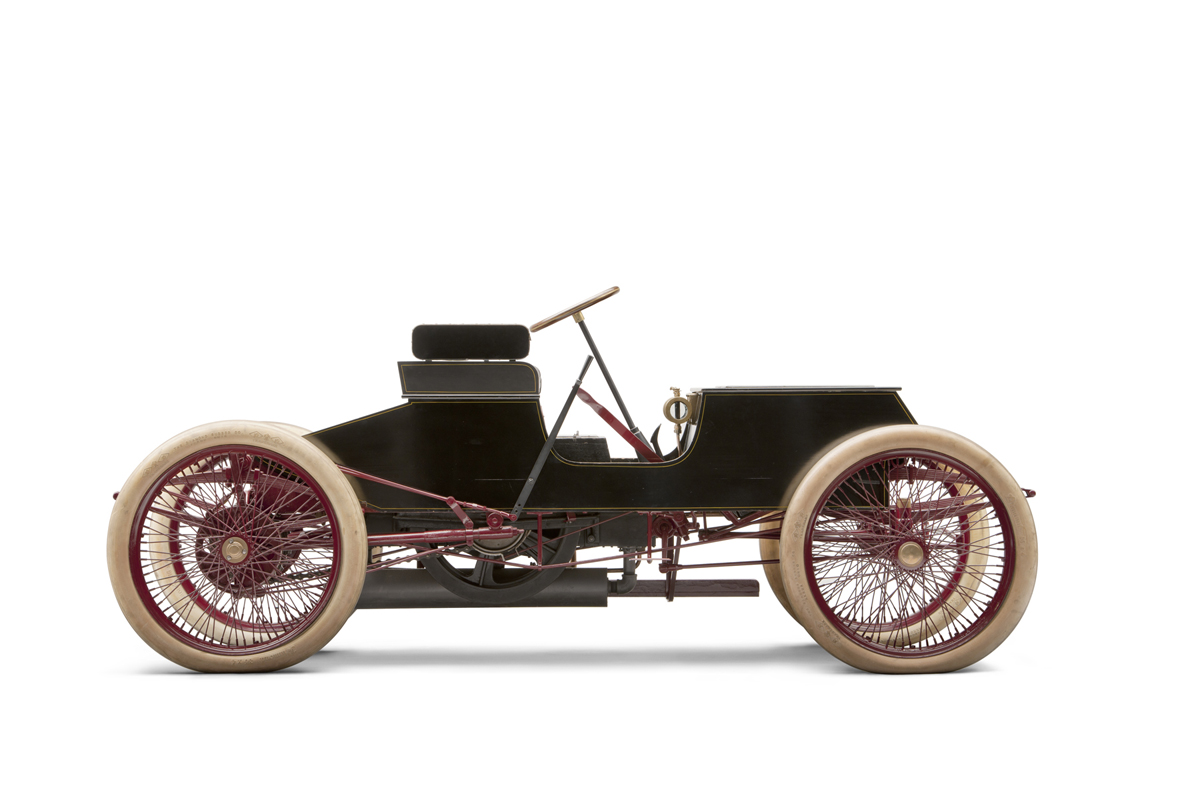 The engine had only two cylinders, but they were huge: bore and stroke were seven inches each. That works out to a displacement of 538 cubic inches; horsepower was estimated at 26. Ford and Barthel claimed the car reached 72 miles per hour during its road tests. That doesn’t sound impressive today, but in 1901, the official world speed record for automobiles was 65.79 miles per hour.

Ford entered the car in a race that took place on October 10, 1901, at a horse racing track in Grosse Pointe, Michigan. The race was known as a sweepstakes, so “Sweepstakes” was the name that Ford and Barthel gave their car. Henry’s opponent in the race was Alexander Winton, who was already a successful auto manufacturer and the country’s best-known race driver. No one gave the inexperienced, unknown Ford a chance.

When the race began, Ford fell behind immediately, trailing by as much as 300 yards. But Henry improved his driving technique quickly, gradually cutting into Winton’s lead. Then Winton’s car developed mechanical trouble, and Ford swept past him on the main straightaway, as the crowd roared its approval. 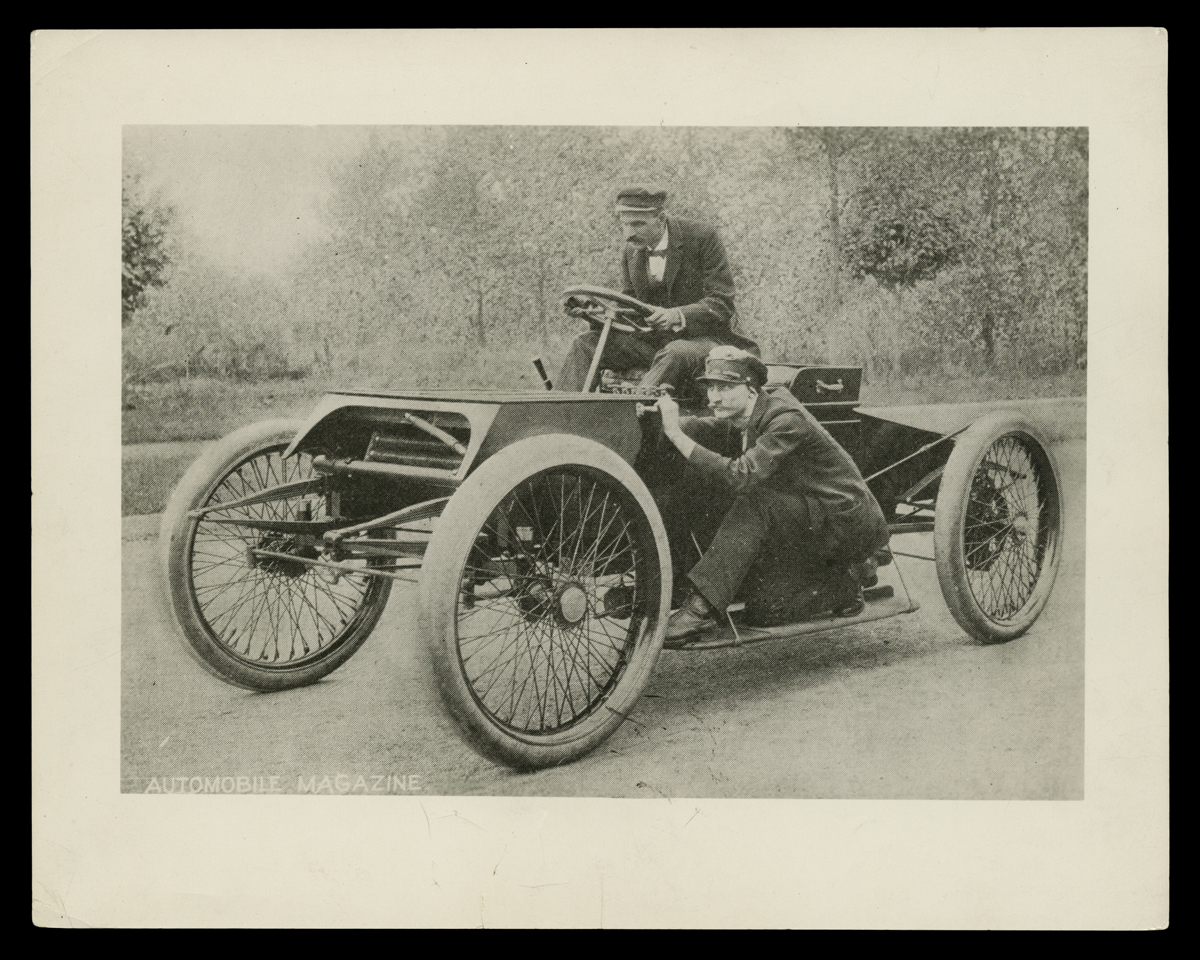 Henry Ford behind the wheel of his first race car, the 1901 "Sweepstakes" racer, on West Grand Boulevard in Detroit, with Ed "Spider" Huff kneeling on the running board. / THF116246

Henry’s wife, Clara, described the scene in a letter to her brother: “The people went wild. One man threw his hat up and when it came down he stamped on it. Another man had to hit his wife on the head to keep her from going off the handle. She stood up in her seat ... screamed ‘I’d bet $50 on Ford if I had it.’”

Henry Ford’s victory had the desired effect. New investors backed Ford in his next venture, the Henry Ford Company. Yet he was not home free. He disagreed with his financiers, left the company in 1902, and finally formed his lasting enterprise, Ford Motor Company, in 1903.

Ford sold “Sweepstakes” in May of 1902, but eventually bought it back in the 1930s. He had a new body built to replace the original, which had been damaged in a fire, and he displayed the historic vehicle in Henry Ford Museum of American Innovation. Unfortunately, Ford did not keep good records of his restoration, and over time, museum staff came to believe that the car was not an original, but a replica. It was not until the approach of the 1901 race’s 100th anniversary that the car was closely examined and its originality verified. Using “Sweepstakes” as a pattern, Ford Motor Company built two running replicas to commemorate the centennial of its racing program in 2001.

Ford gifted one of the replicas to us in 2008. That car is a regular feature at our annual Old Car Festival in September. Occasionally, it comes out for other special activities. We recently celebrated the 120th anniversary of the 1901 race by taking the replica to the inaugural American Speed Festival at the M1 Concourse in Pontiac, Michigan. The car put on a great show, and it even won another victory when it was awarded the M1 Concourse Prize as a festival favorite. 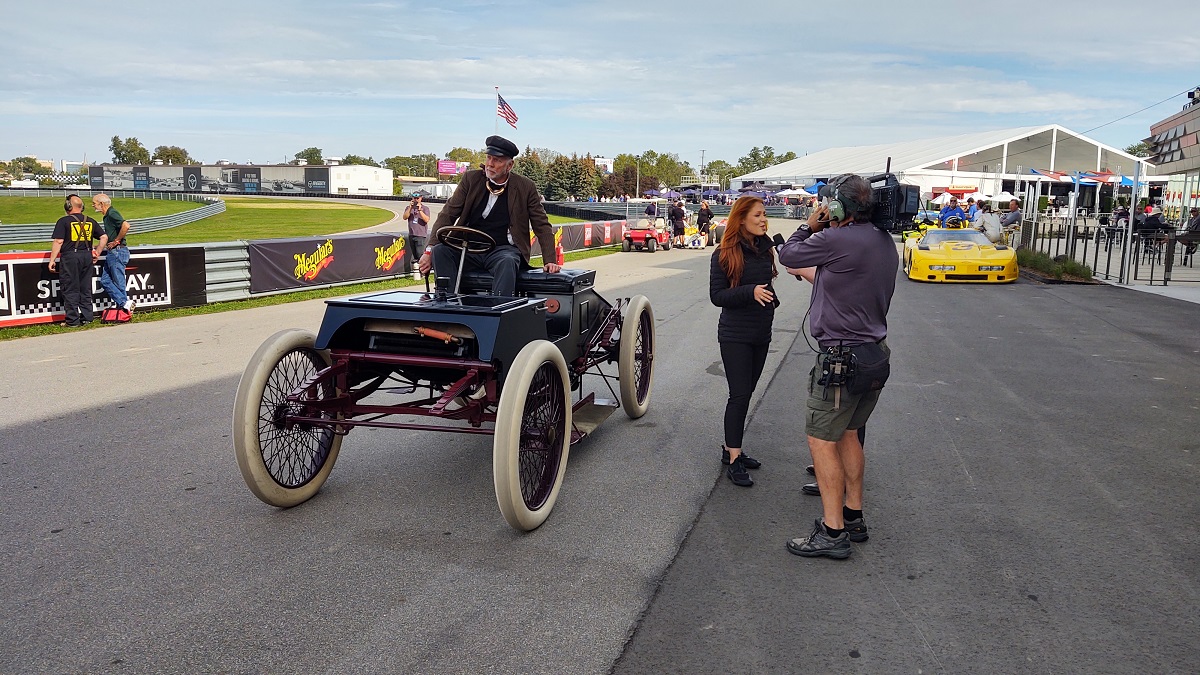 The original car, one of the world’s oldest surviving race cars, is proudly on display at the entrance to our exhibit Driven to Win: Racing in America presented by General Motors. You can read more about how we developed that display in this blog post.