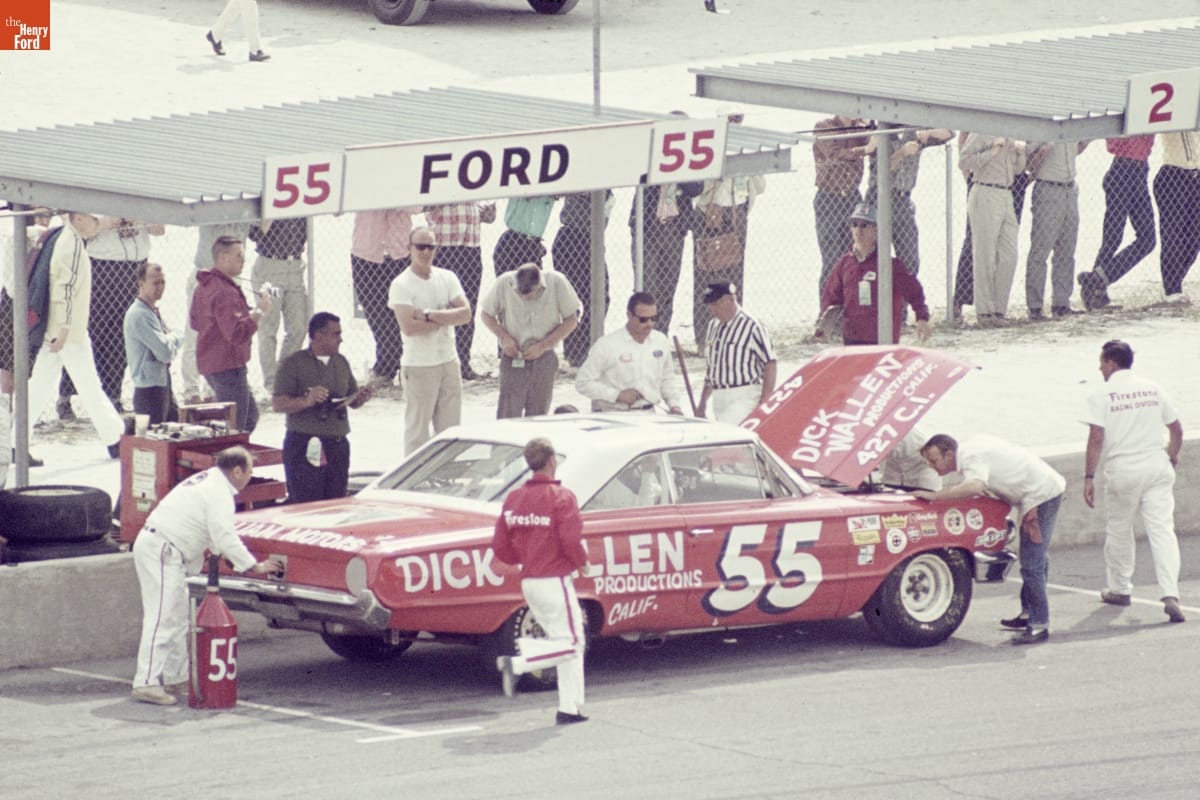 Stock car legend Dale Earnhardt once said, “The winner ain’t the one with the fastest car—it’s the one who refuses to lose.” This form of racing blends innovation, teamwork, and a bit of “trading paint” with rivals along the way.

Stock car racing is famously close-fought—often a contact sport. Few cars come out of a race, particularly on the shorter tracks, without at least a scrape, scratch, or dent from “trading paint” with another car. NASCAR (National Association for Stock Car Auto Racing) is an extremely popular stock car series that evolved from Southern moonshine-running during Prohibition. The spectacle is characterized by the color and noises of high-speed, ultra-close racing, highly efficient teamwork during pit stops, and the added conflict of long-standing rivalries among auto manufacturers.

The term "stock car" originally meant a car from a dealer's stock—one that was unmodified. When NASCAR ran its first series in 1949, it was called “Strictly Stock,” and for many years racing stock cars were indeed based on real production automobiles. By 1987, however, racing stock cars only looked stock, and since then, further rules changes have given NASCAR stock cars only a passing resemblance to their production counterparts, with just a few design cues to make the connection. Underneath the bodywork is a purpose-built steel tube frame chassis, racing suspension and brakes, and a pure-bred racing engine.

The Stock Car Racing section of our new exhibit, Driven to Win: Racing in America presented by General Motors, will delight people who enjoy real, hands-on pit crew teamwork with an activity for four or five people to see how fast they can change the tires and work the gas can. You’ll also see an actual stock car and other related artifacts.

(On loan from the Wood Brothers Racing) 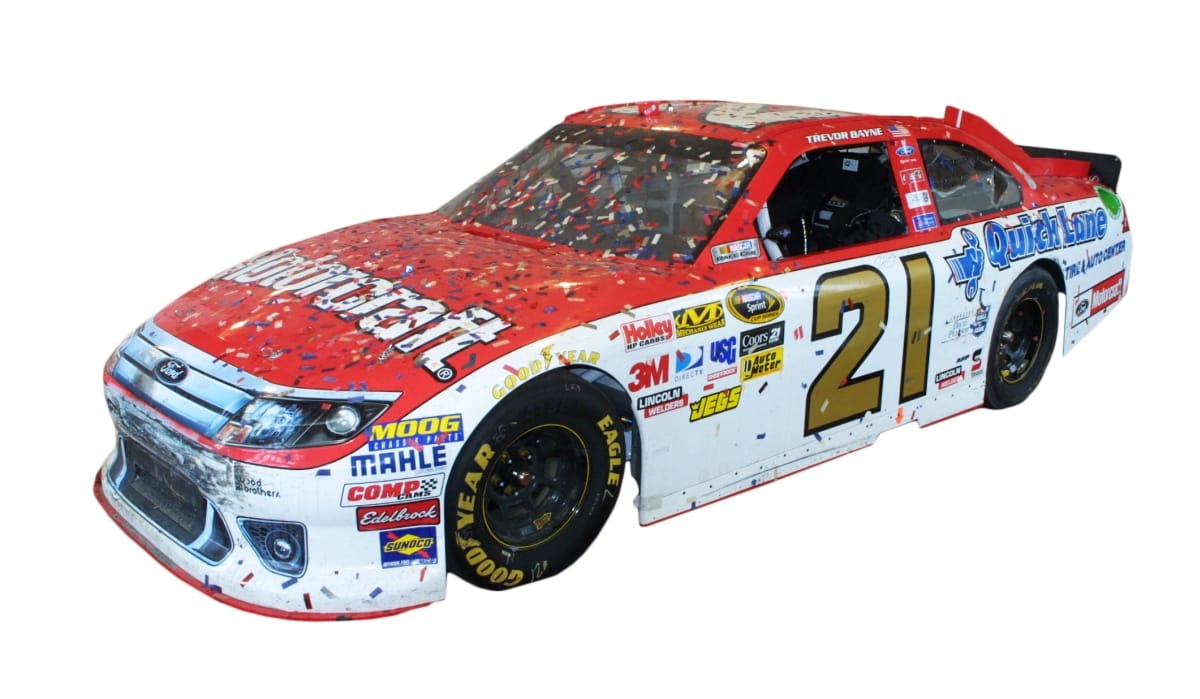 This car, driven by Trevor Bayne, won the Daytona 500 in 2011. His was a milestone victory in several ways. It was Ford’s 600th win in NASCAR’s premier Cup Series, scored by a legendary team that has been involved from NASCAR’s beginnings. It was the fifth Daytona 500 win for Wood Brothers Racing and the twelfth by a Ford car (Wood Brothers also scored Ford’s first, in 1963). For Trevor Bayne, who had celebrated his 20th birthday the day before, it was his first victory in NASCAR’s top series, making him the Daytona 500’s youngest winner. (Coincidentally, in Wood Brothers’ first Daytona 500 win in 1963, it was also driver Tiny Lund’s first NASCAR cup win.)

The Wood Brothers are celebrated for revolutionizing NASCAR’s pit stops. They pioneered the fast, meticulously choreographed and coordinated actions of the team’s “over-the-wall” crew, who jack up the car, change the tires, and fill the gas tank with blinding speed. Their pit stop fame prompted Ford and Team Lotus to hire Wood Brothers to service Jim Clark’s car in the 1965 Indy 500.

This car also benefits from safety advances instituted following Dale Earnhardt Sr.’s fatal crash at the end of the 2001 Daytona 500. That tragic event launched a revolution in NASCAR’s safety regulations and procedures. Arguably the most important of these is the mandatory use of the HANS (Head and Neck Support) device that restricts the movement of a driver’s head in a hard crash. In addition, SAFER (Steel and Foam Energy Reduction) barriers, mandatory crash data recorders in the cars to advance knowledge of crash dynamics, and more energy-absorbing deformation zones were introduced into the next generation of NASCAR stock cars. 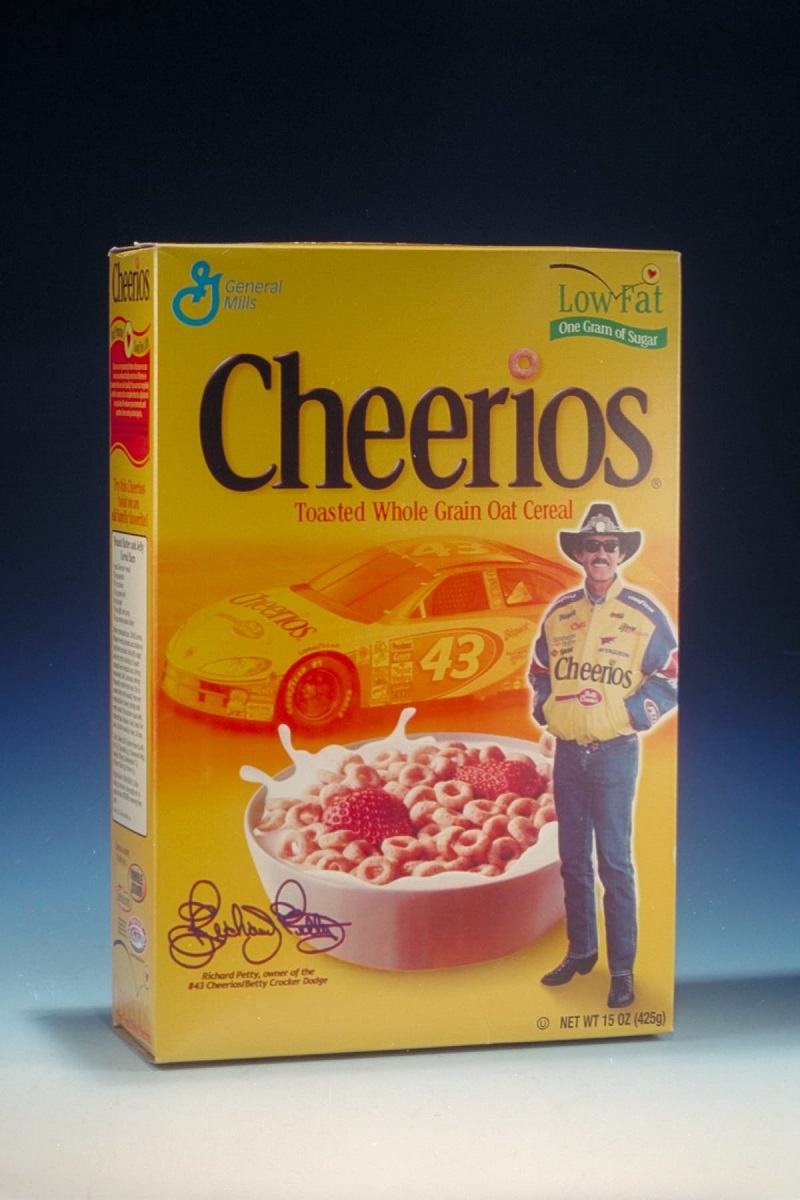 Beyond the 2011 Ford Fusion, you can see these artifacts related to stock car racing in Driven to Win. 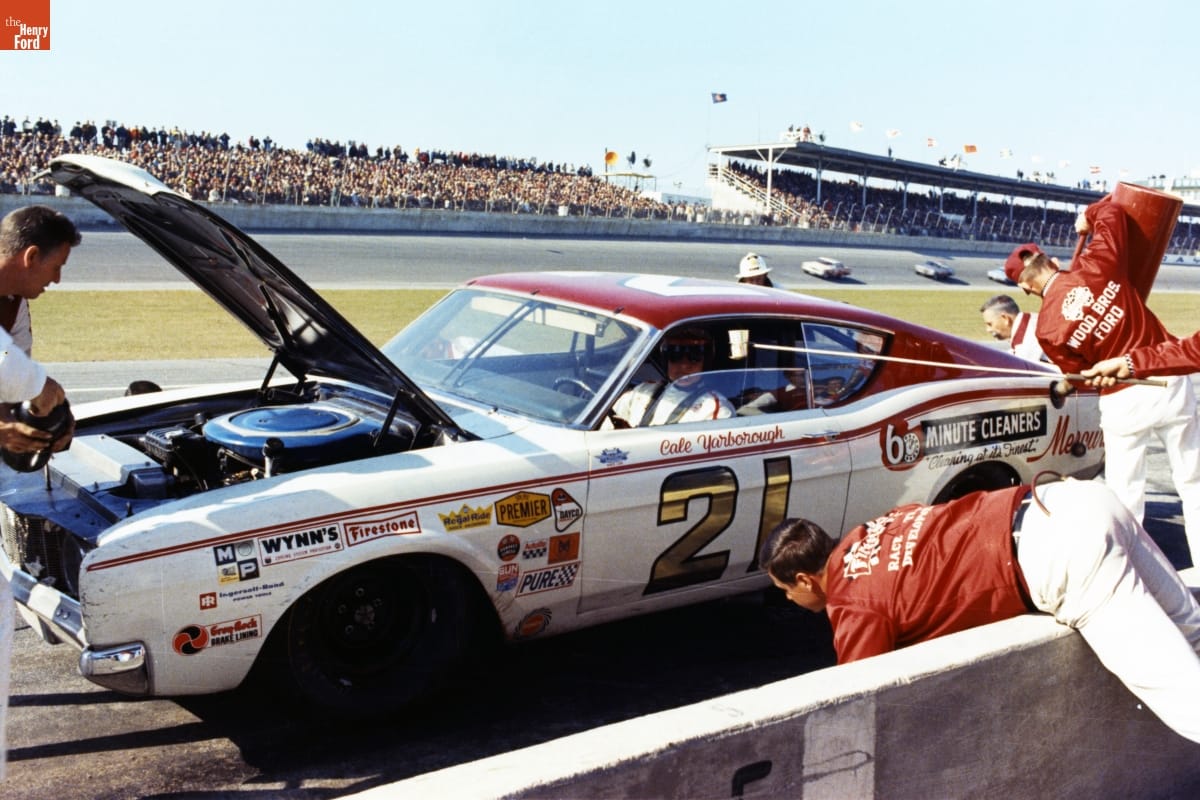 Learn more about stock car racing and racers with these additional resources from The Henry Ford.