The papers, perhaps the most complex set of materials ever brought into the holdings of the archives and library at The Henry Ford, contain multiple formats, including documents, graphics, audio, still and moving images, and books in both physical and digital forms.

In addition to the archival and library materials, the larger collection includes many three-dimensional items, such as sculpture, clothing, and large framed artworks, with our collections management and registrar staff being responsible for the care of those items.

The collection’s journey to the archives and library began by receiving the shipment into a large project area in Henry Ford Museum of American Innovation, and then unwrapping and unloading pallets. 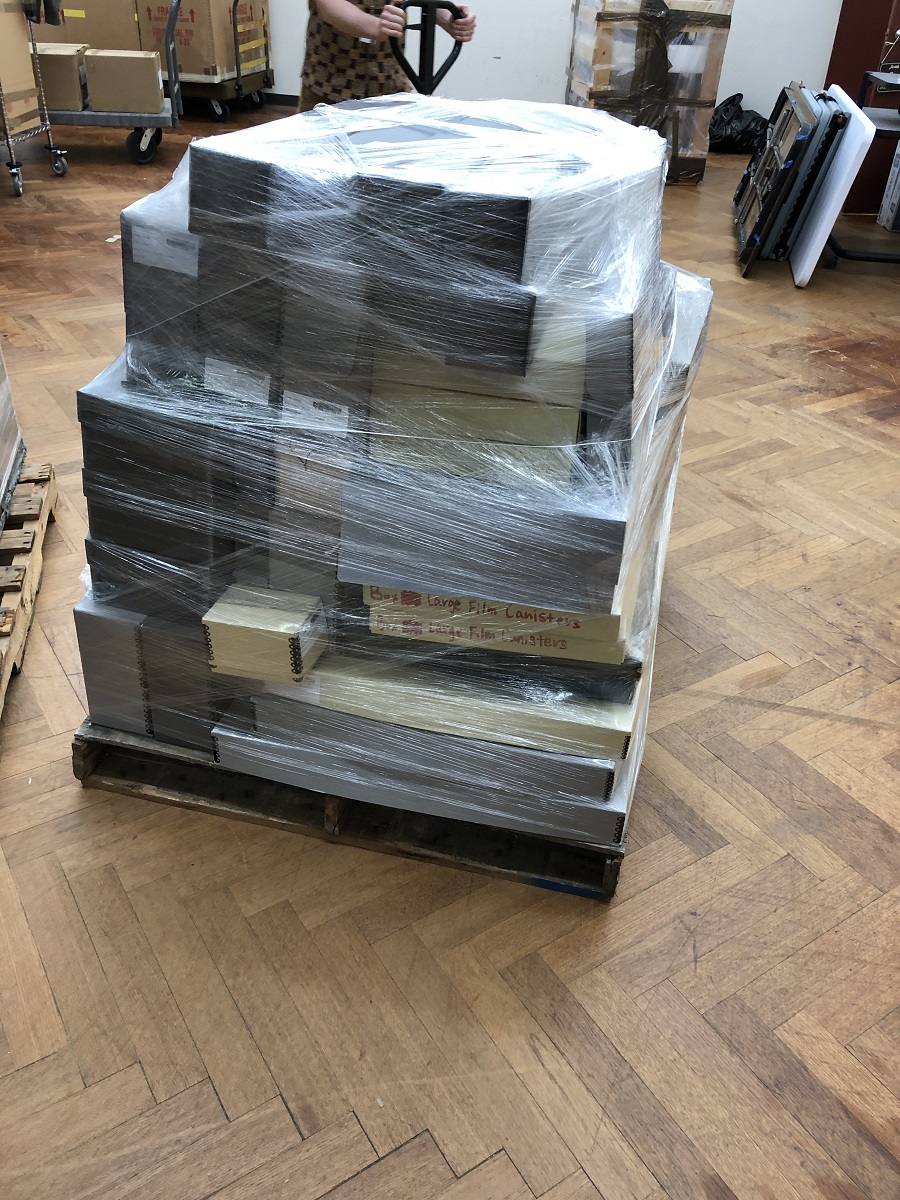 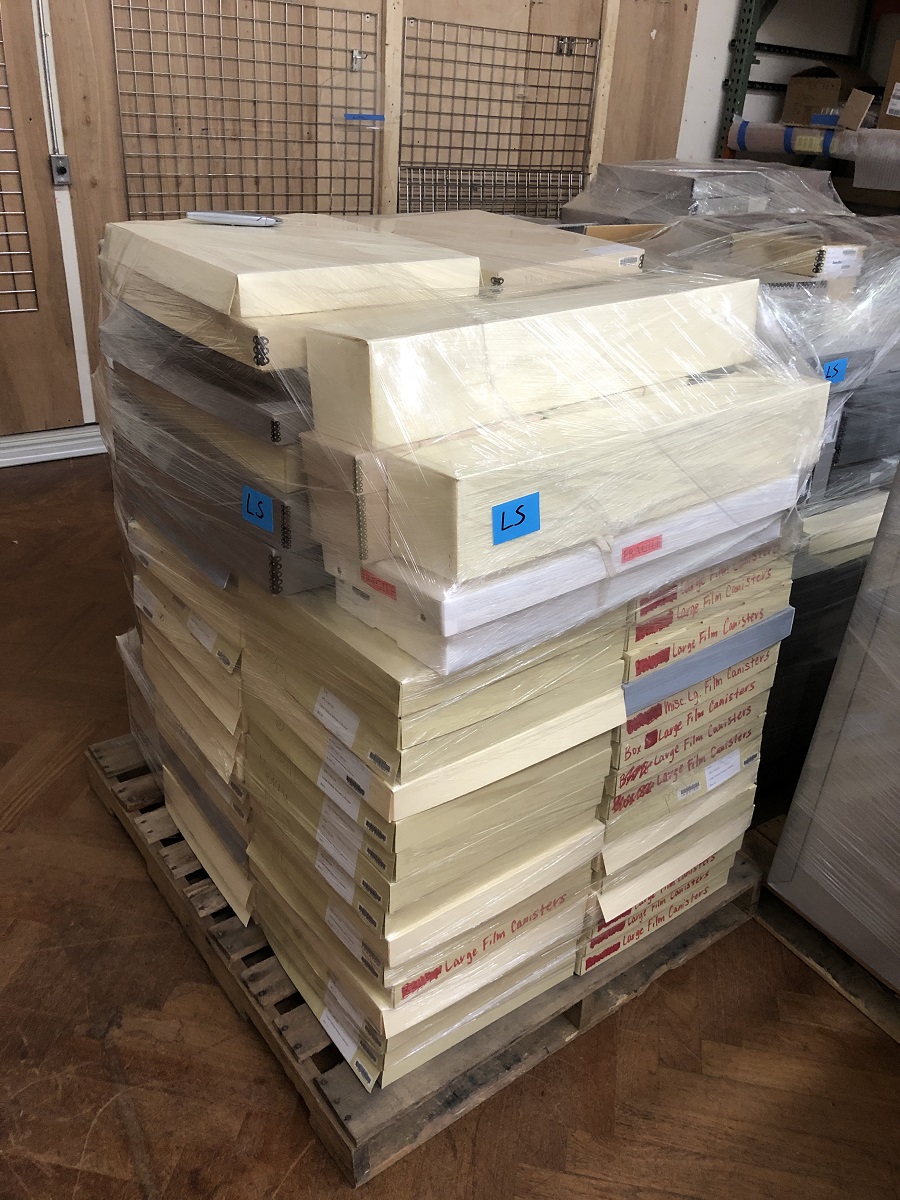 Boxes were sorted so that we could check them against existing inventory lists and create additional inventories if needed. Any unlabeled boxes were given temporary paper labels so that they could be tracked.

As the inventories were reviewed, determinations were made about where materials would be stored in the Benson Ford Research Center (BFRC). Storage locations were specified based on the format of the material with, for example, film being placed in cold storage, and books being transferred to library storage.

Once we understood how much we had and where we wanted to put it, we began making shelf space in the BFRC. Many existing collections had to be relocated to create room, with location data for each of those collections requiring updates in our collections management system. In several cases, moving a collection required moving one, two, or three other collections to make efficient use of available shelving. In the end, we made 95 shelves and 16 flat file drawers available for the Schwartz papers. With each shelf being 40 inches wide, this added up to over a football field in length of shelving! 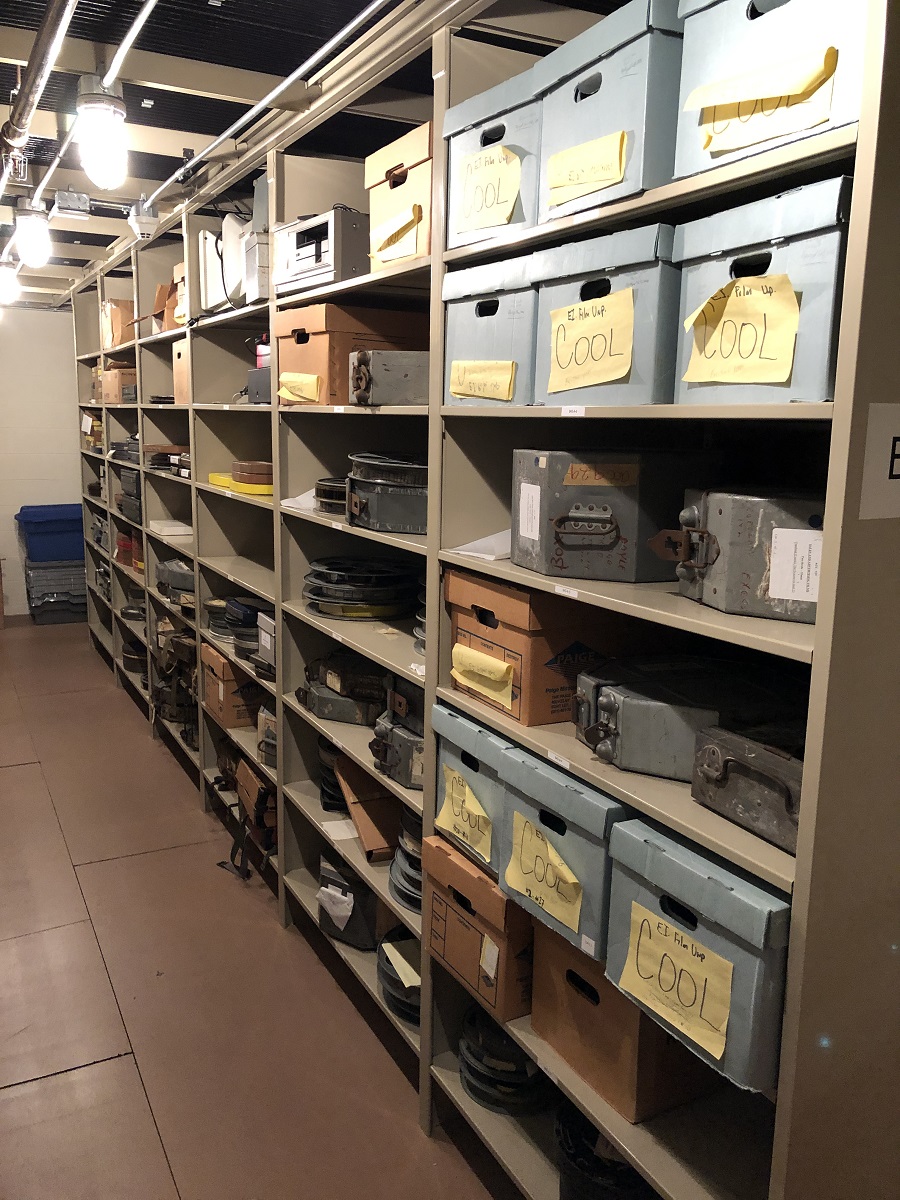 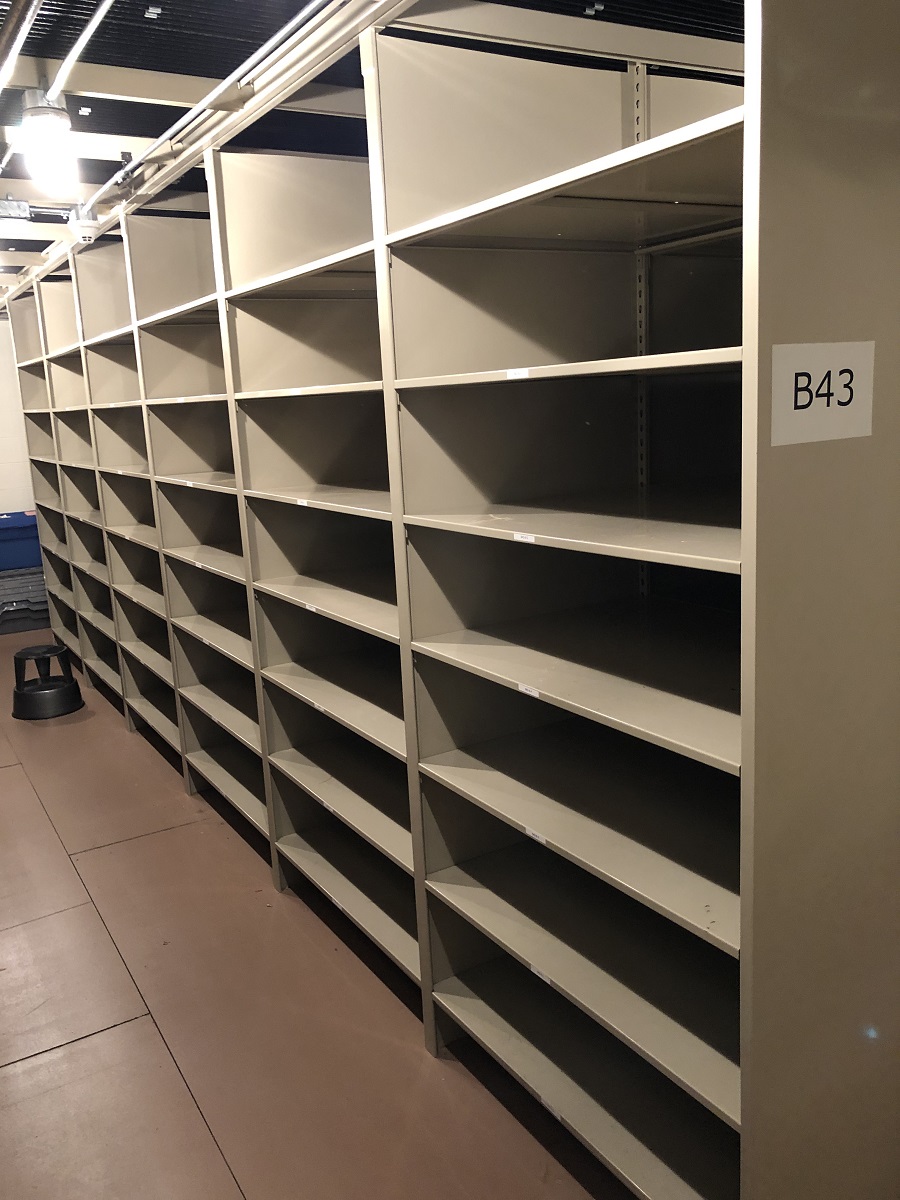 The newly cleared shelves and drawers were slowly filled with boxes and folders over several weeks as the materials were moved from the museum to the BFRC. 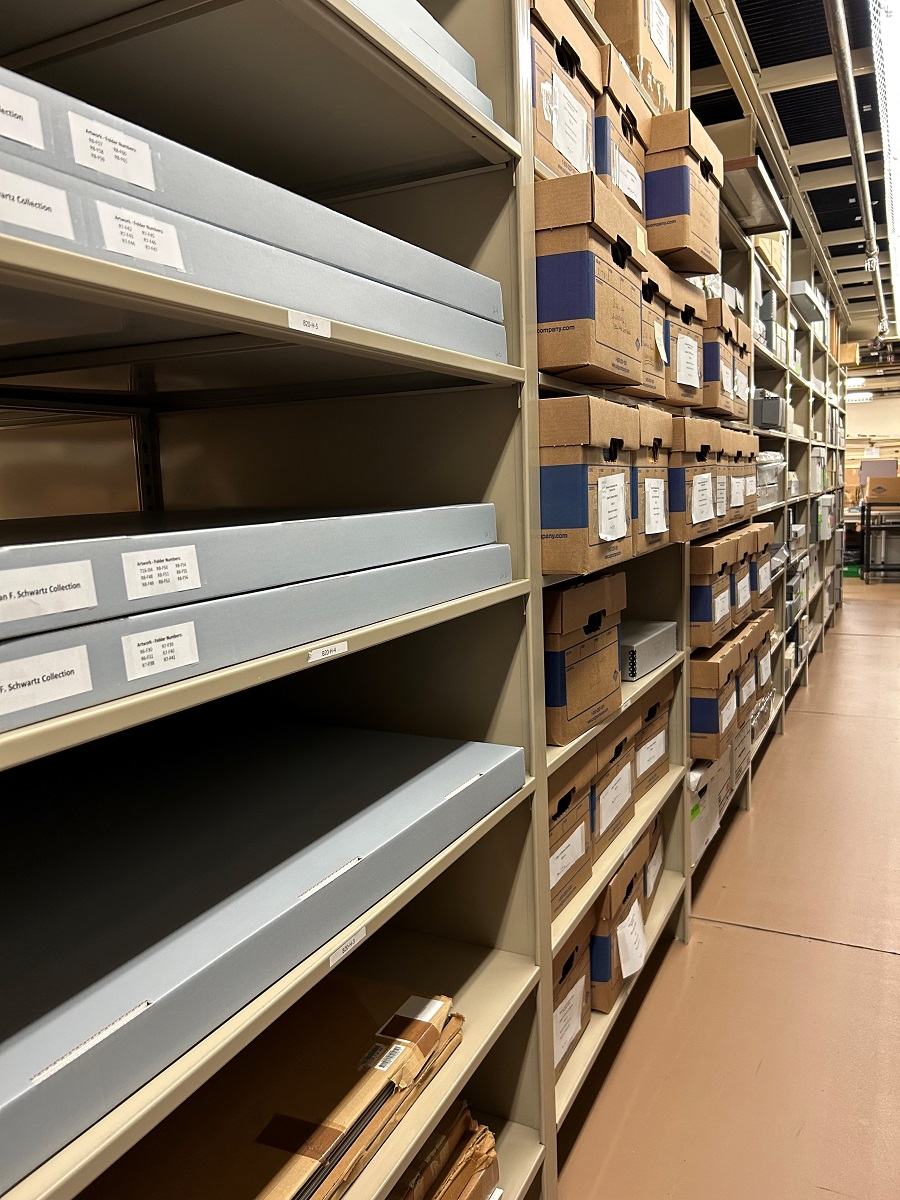 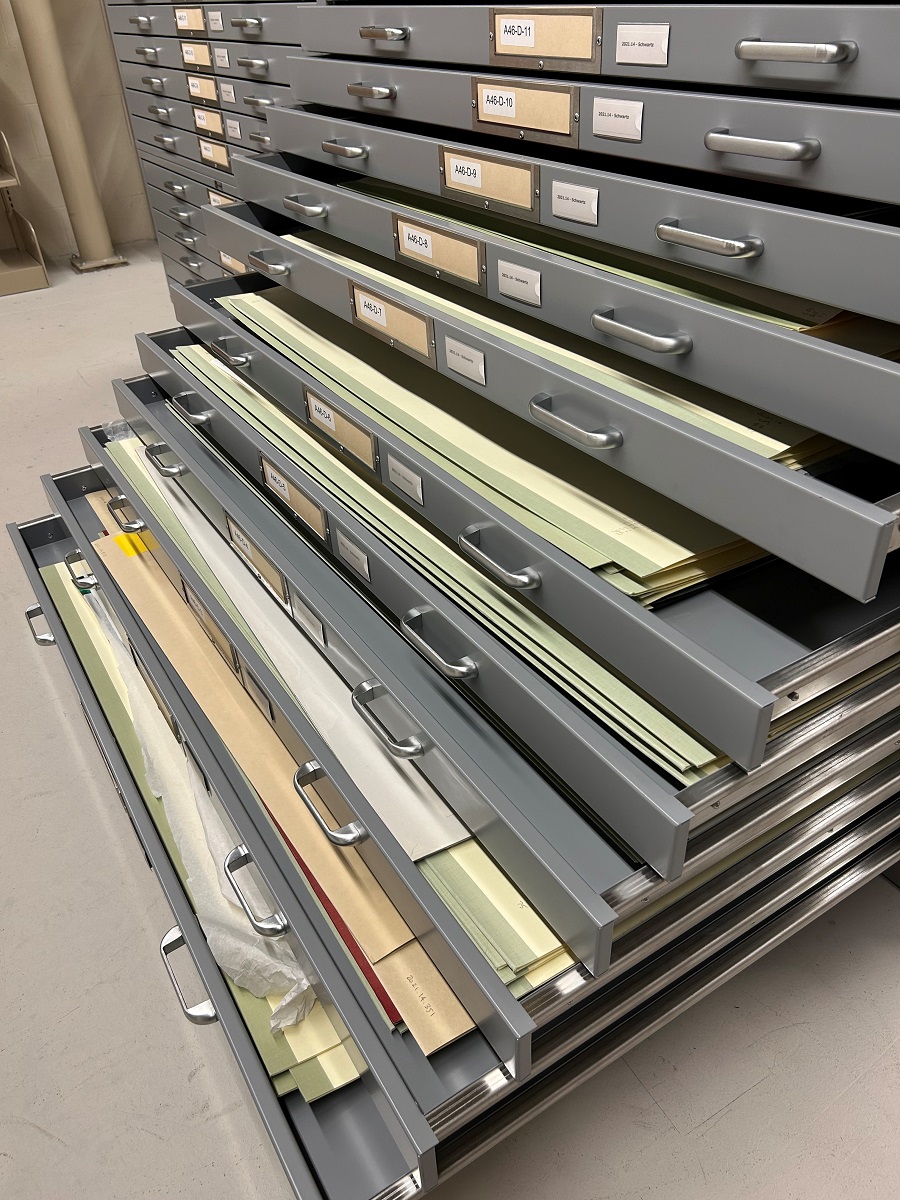 In addition to storing the physical materials, we’ve also been reviewing the electronic data included in the papers. Located on multiple “carriers,” including computers, external hard drives, and backup disks, the data includes thousands of text, image, and video files. We’re noting the type, storage size, manufacturer, and part and serial number for each carrier and have created disk images of the most recently used hard drive to improve access to and preserve that data.

Our next steps in this journey will be to expand and refine the original inventories by reviewing the entire collection in the BFRC box-by-box, folder-by-folder, and hard-drive-by-hard-drive with the goal of creating a single master inventory. This inventory will become the starting point for access to the papers for our staff and researchers.

Be sure to visit our Digital Collections to see items from the entire collection that have already been digitized, and contact the archives and library at research.center@thehenryford.org if you’d like more information on this collection—or any of the hundreds of others in our holdings.


Brian Wilson is Senior Manager of Library and Archives at The Henry Ford. 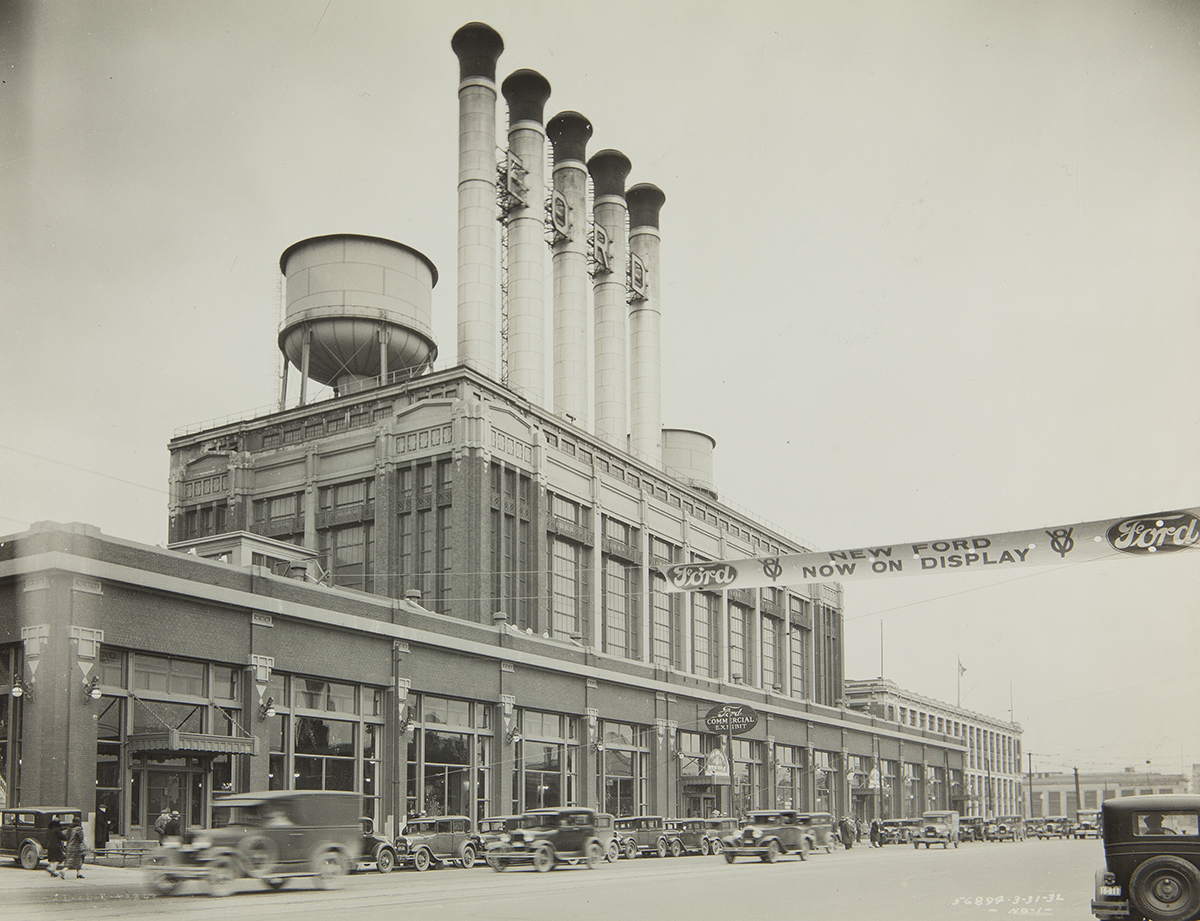 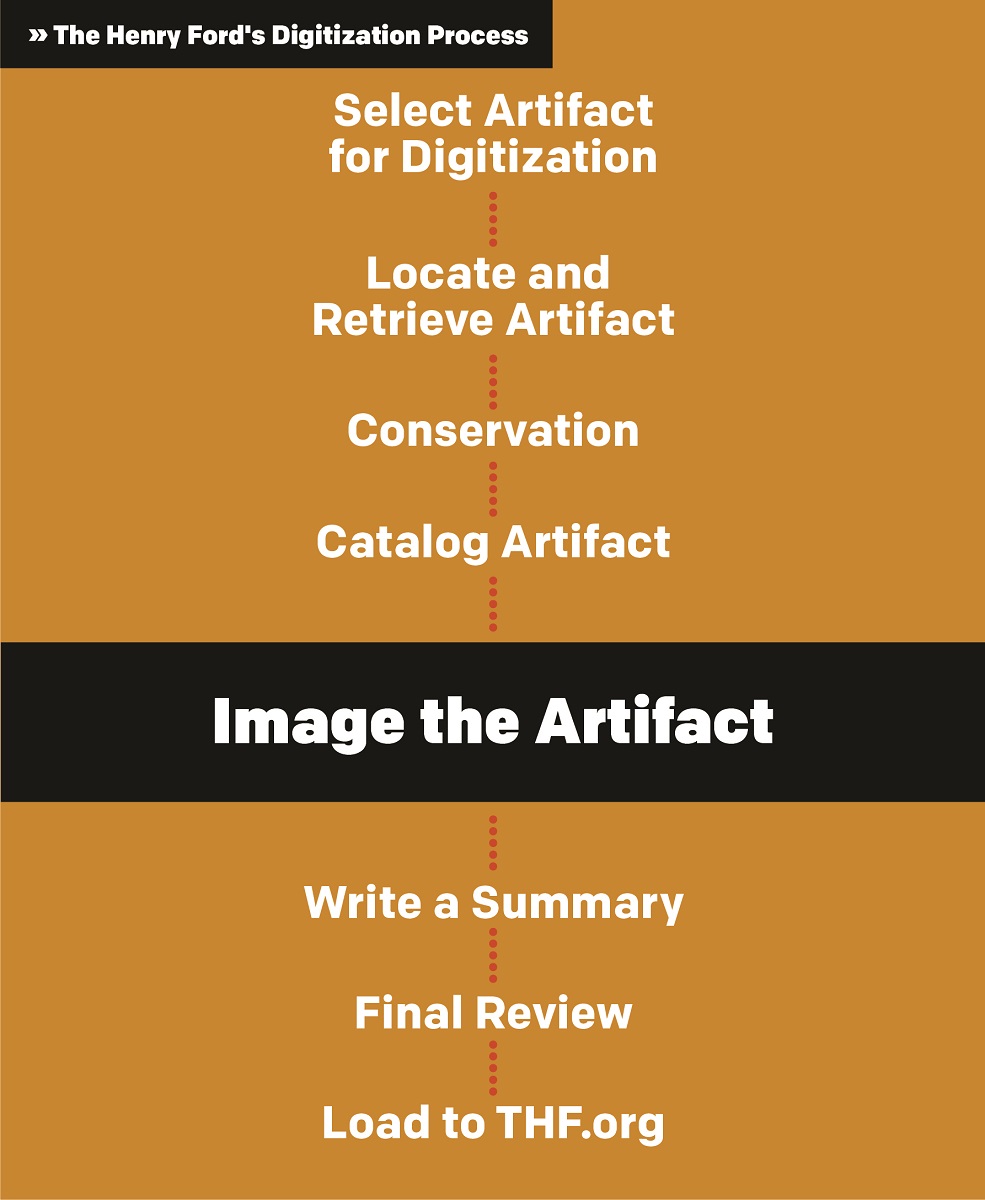 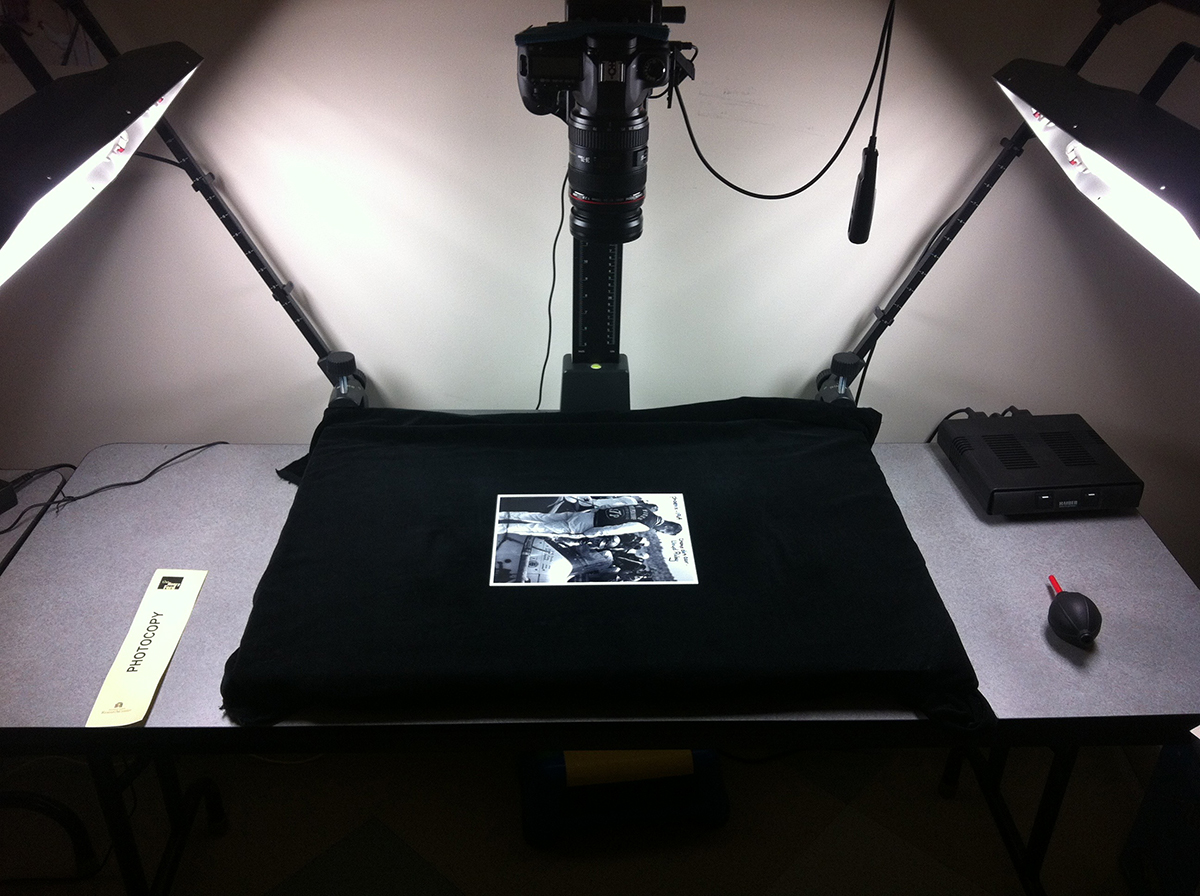 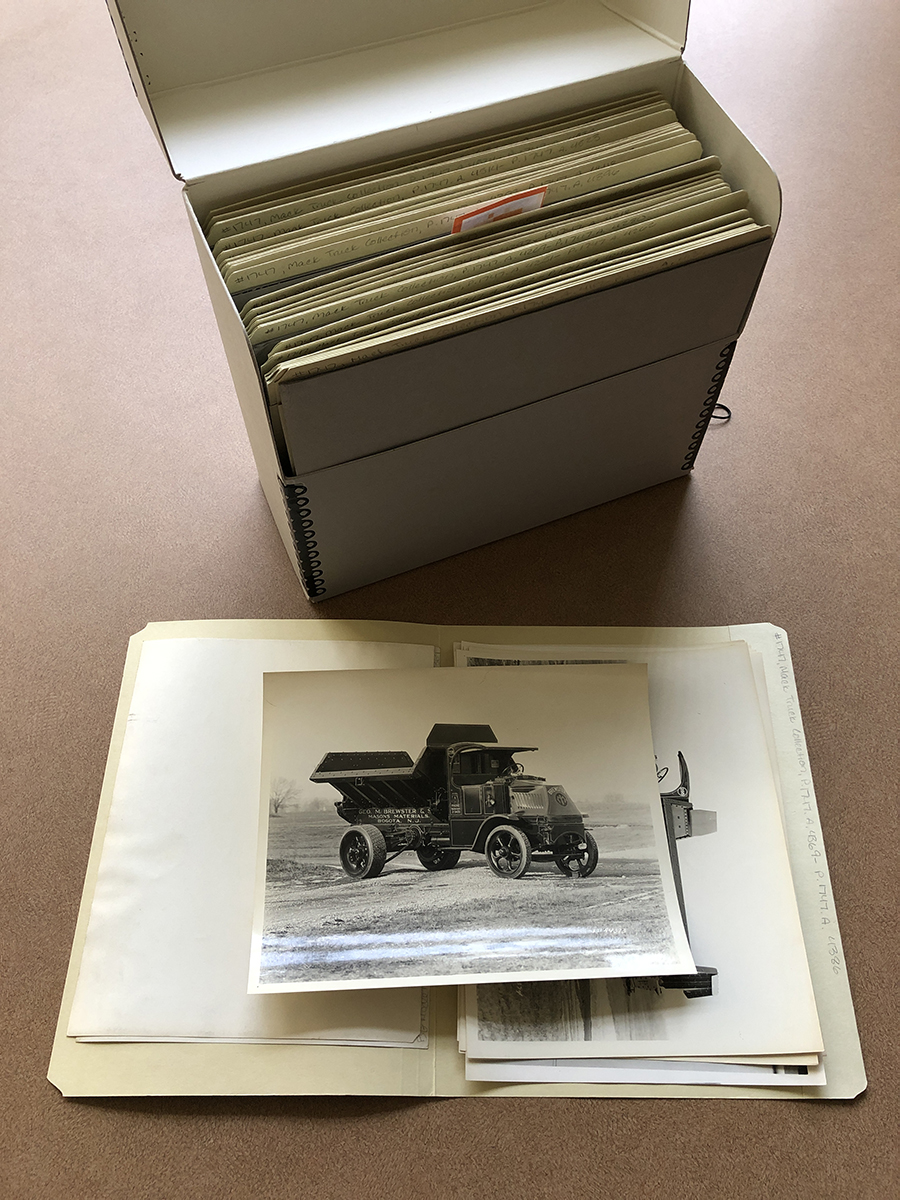 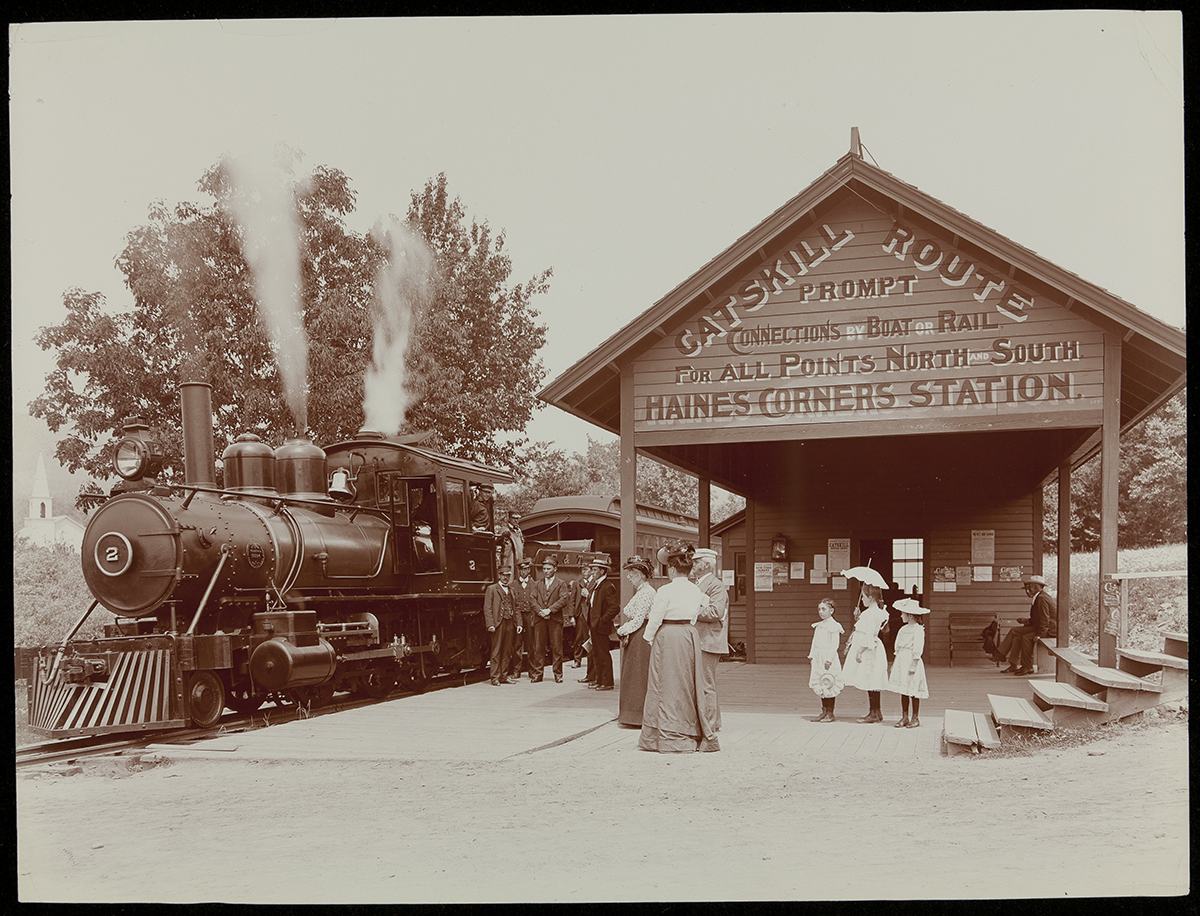