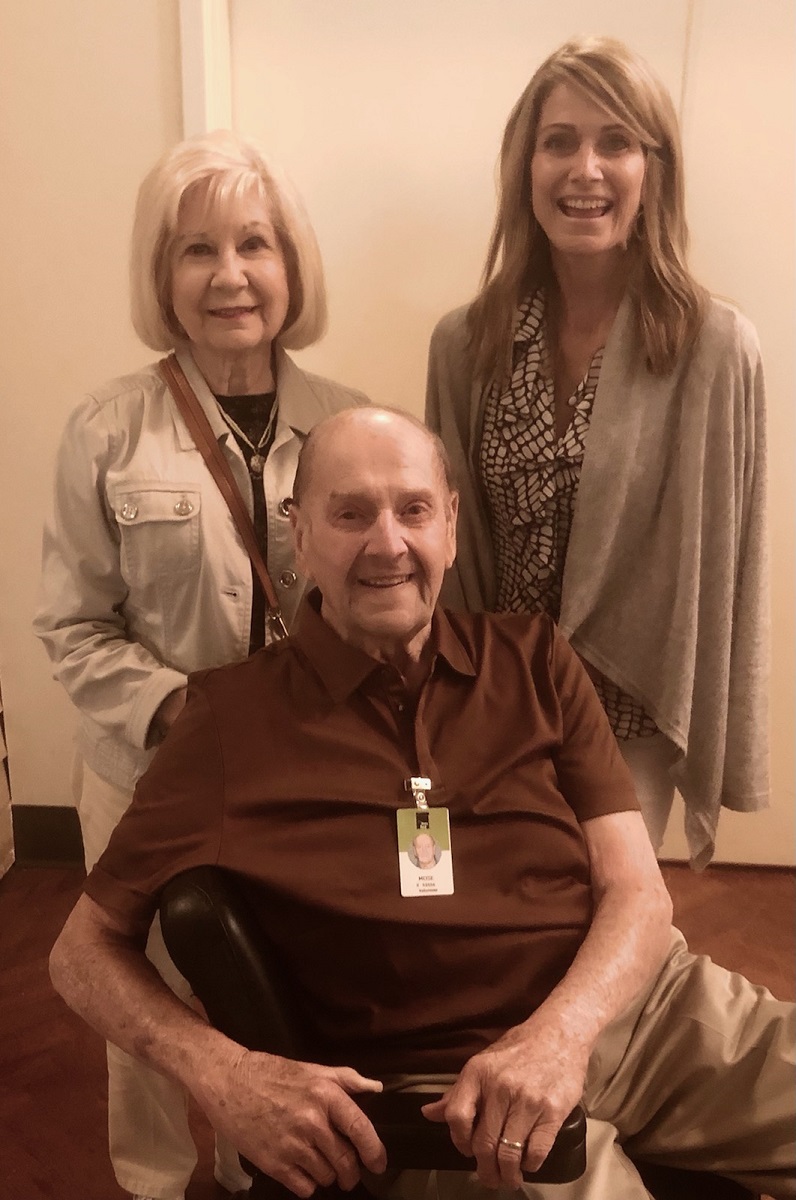 Mose Nowland, with wife Marcia and daughter Suzanne, at The Henry Ford in June 2021.

The Henry Ford lost a dear friend and a treasured colleague on August 13, 2021, with the passing of Mose Nowland. When he joined our Conservation Department as a volunteer in 2012, Mose had just concluded a magnificent 57-year career with Ford Motor Company—most of it in the company’s racing program—and he was eager for something to keep himself occupied in retirement. We soon discovered that “retire” was just about the only thing that Mose didn’t know how to do.

To fans of Ford Performance, Mose was a legendary figure. He joined the Blue Oval in 1955 and, after a brief pause for military service, he spent most of the next six decades building racing engines. Mose led work on the double overhead cam V-8 that powered Jim Clark to his Indianapolis 500 win with the 1965 Lotus-Ford. Mose was on the team behind the big 427 V-8 that gave Ford its historic wins over Ferrari at Le Mans—first with the GT40 Mark II in 1966 and then again with the Mark IV in 1967. And Mose was there in the 1980s when Ford returned to NASCAR and earned checkered flags and championships with top drivers like Davey Allison and Bill Elliott. 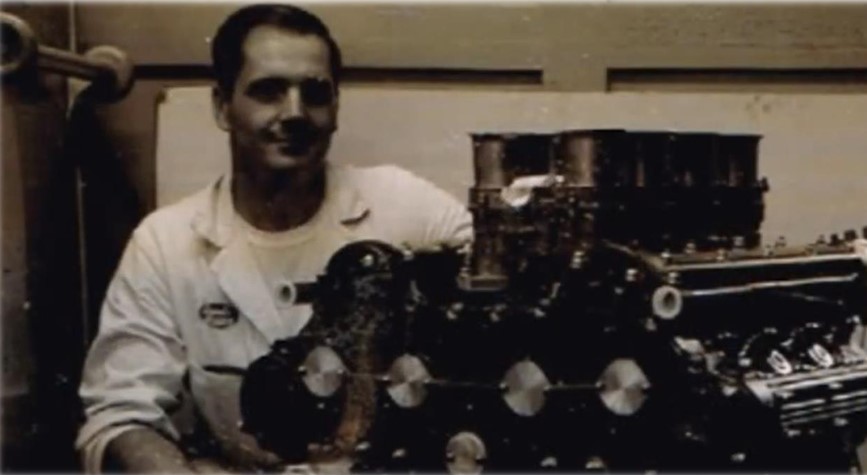 Mose with one of his creations during Ford’s Total Performance heyday.

Following his retirement, Mose transitioned gracefully into the role of elder statesman, becoming one of the last remaining participants from Ford’s glory years in the “Total Performance” 1960s. Museums and private collectors sought him out with questions on engines and cars from that era, and he was always happy to share advice and insight. Mose’s expertise was exceeded only by his modesty. He never claimed any personal credit for Ford’s racing triumphs—he was just proud to have been part of a team that made motorsport history. Mose was able to see that history reach a wider audience with the success of the recent movie Ford v Ferrari.

Mose reflects on his experiences with the Ford Mark IV at the 24 Hours of Le Mans in 1967. / YouTube

For those of us at The Henry Ford, Mose Nowland was a truly special individual. On one hand, he stood alongside people like Carroll Shelby, Ken Miles, and Dan Gurney—historic figures whose stories we study and share with the public. On the other, he was our colleague and friend. In our minds, Mose was simultaneously someone we admired from afar, and someone we worked alongside every day. And work he did, tackling each project with energy and enthusiasm envied by people half his age.

One of Mose’s first big projects with us took him right back to the Ford-Ferrari days. When the Mark IV was damaged during transport to an overseas car show, Mose hopped on a plane with one of our conservators to examine the car first-hand. He helped us identify the extent of the damage and secure the vehicle for its return home so that it wouldn’t suffer further harm. Following the Mark IV’s repair at Dan Gurney’s All American Racers, Mose helped create special shipping crates and supports to avoid a repeat incident. 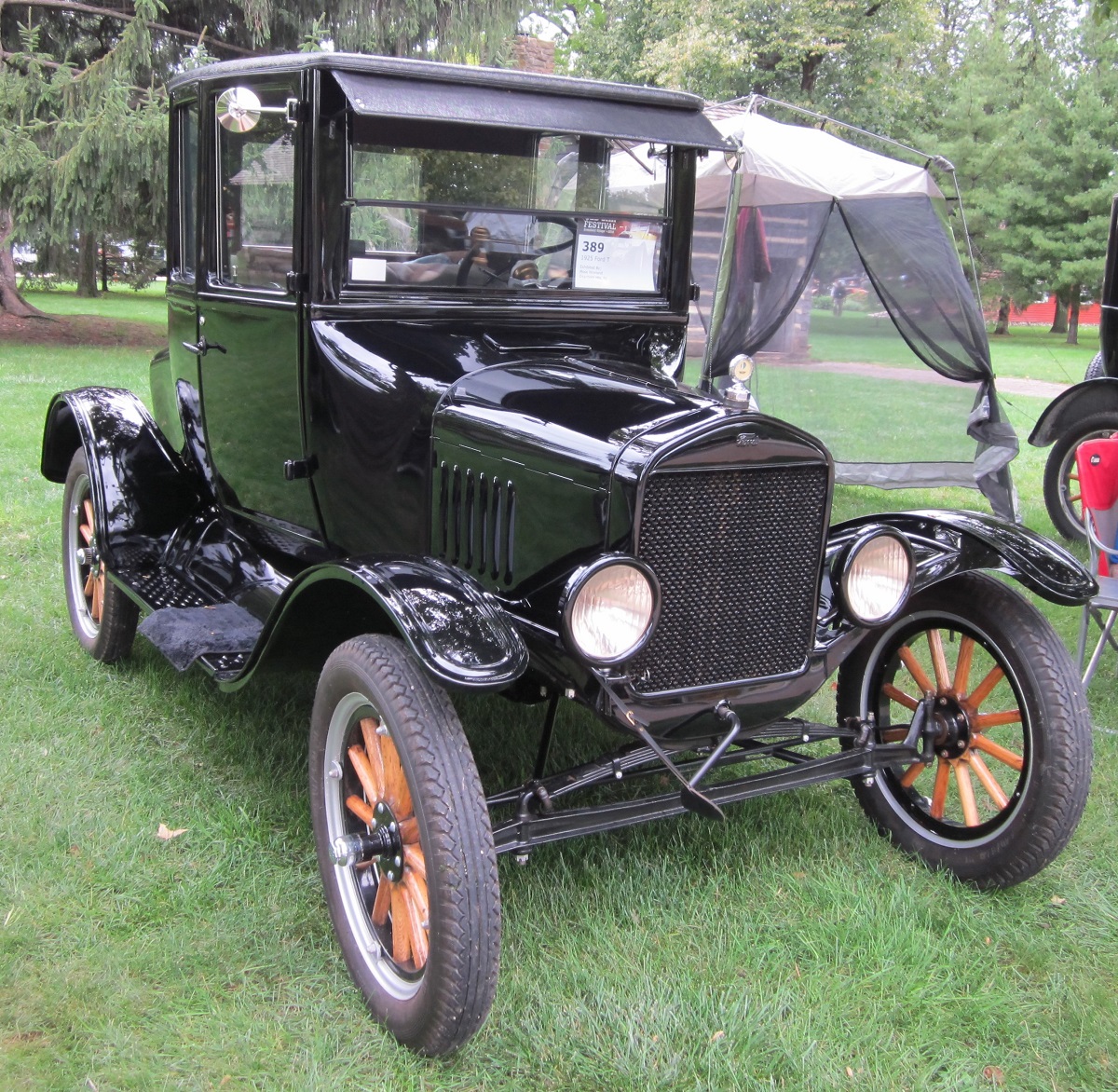 If you’ve been to Old Car Festival in the past decade, you likely saw Mose in action there. If he wasn’t tending to the museum’s operating Quadricycle replica, then he was probably with his own 1925 Model T coupe. Mose purchased the car in 1961, intending to restore it. But in those days, he found himself too busy building Ford’s present and future to spend much time on its past. Mose finally finished his Model T in 2014 and, true to form, the results were superb.

Of course, Mose had many more opportunities to work with Ford history at The Henry Ford. Needless to say, he had a unique perspective on our racing collection. Mose often found himself caring for and conserving cars and engines that he’d helped build in the first place. His insights were invaluable during the installation of our Driven to Win: Racing in America exhibit. Among other things, Mose designed the special sling that allows us to safely move cars like the Lotus-Ford and the Mark IV onto the dollies that support them in the show. 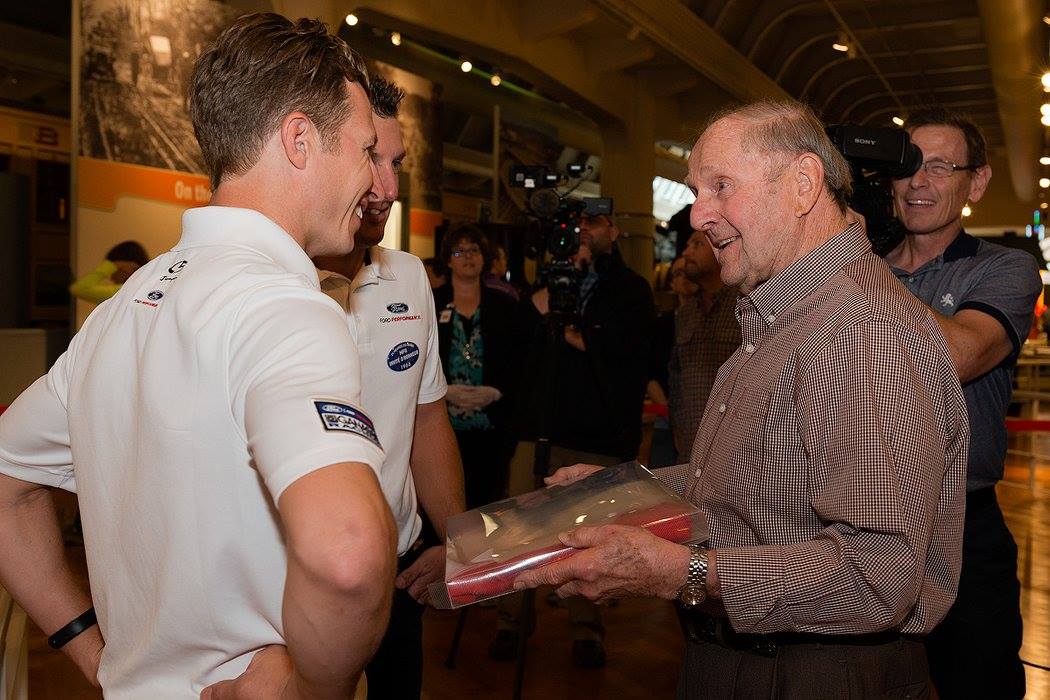 But just as automobiles are only one part of our collections, they were only one part of Mose’s work at The Henry Ford. Over the years, he earned a reputation around here as a Renaissance man—someone who could do almost anything when it came to repairing or replicating materials for our artifacts and buildings. In 2018, Mose drafted plans used to reconstruct the bar rail in Logan County Courthouse. And earlier this year, he helped us fulfill a longtime goal of replicating the “C. Webbert Block” sign that stood atop Wright Cycle Shop in Wilbur and Orville’s day. Working only from a few photographs, he created plans that our carpentry team used to build the faithful replica. No challenge was too great and no deadline was too short. Mose took on each new assignment with a smile—and with well-earned confidence that he could get it done.

Incredibly, while Mose was contributing his talents to The Henry Ford, he was simultaneously volunteering at Fair Lane, Henry and Clara Ford’s estate, with equal vigor. He took special pride in his work there, helping to conserve and care for the home of the man who founded the company that Mose loved so much.

We are deeply saddened by the loss of our friend. But we take comfort in knowing that Mose Nowland’s work and spirit will endure—through his incredible achievements with Ford’s racing program, through his tireless efforts to care for The Henry Ford’s collections, and through the place he earned in the hearts and memories of those who were fortunate enough to know him.

Thank you, Mose, for everything. 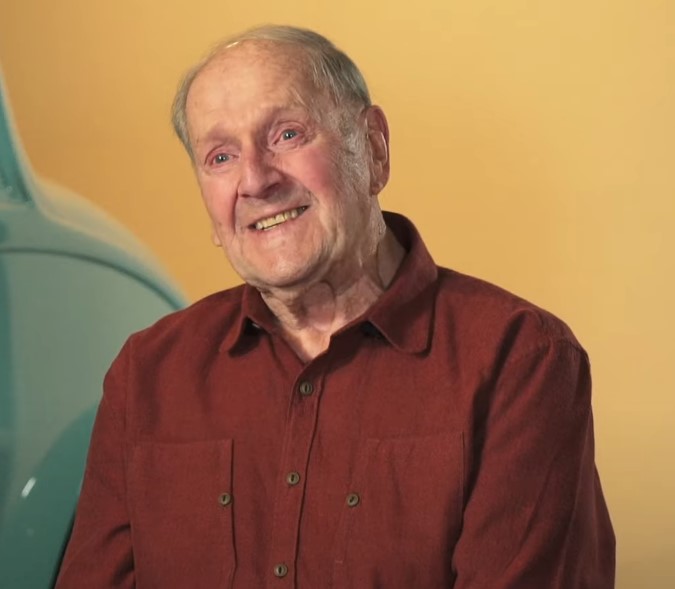